The Rocky Mountain Audio Fest is fast becoming "the show" for both exhibitors and audiophiles, as the atmosphere is welcoming, the pace a bit slower than at CES, the products spectacular, and the show sounds very good. It was a pleasure to wander the halls and slip into the demo rooms all day, picking out some highlights in analog products I spotted. I found a lot that impressed, even captivated me for sound, design, or value. What follows, today and tomorrow, are my Top Five of each of two days. 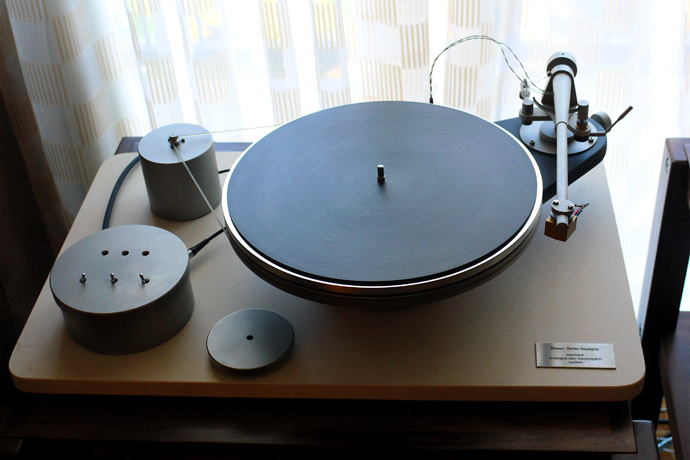 Simon Yorke S-10 record player ($19,980 with tonearm). It is fitting that Simon Yorke, a Brit, relocated to Alicante in Spain, the home ground of the poet Federico Garcia Lorca, as his player has more than a touch of real poetry in it -- a tonally rich yet superbly clean sound -- the result of both manufacturing precision and loving artisanal craftsmanship. I heard it playing the Singapore siren Jacintha covering jazz standards in her breathy, sexy, Julie Londonish style. Distributor Tim Nguyen of Tone of Audio in San Francisco put the Yorke S-10 together with CAT electronics, Lansche No.3 two-way speakers, Hovland Music Groove 2 phono cable, and an Allaerts MC 1B cartridge. 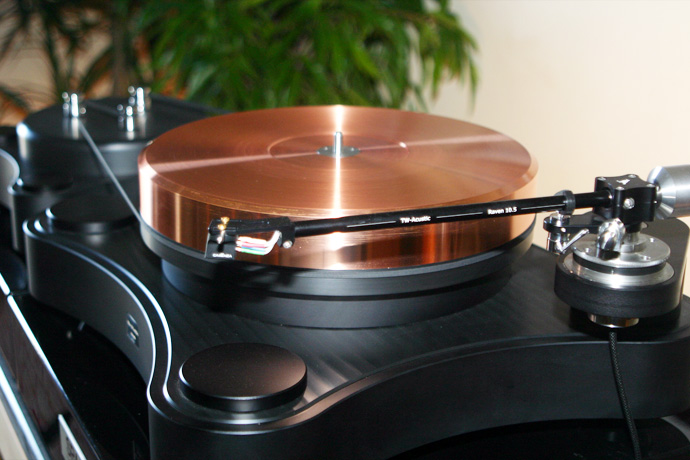 TW Acustic Raven 10.5 tonearm ($5500). Distributor Jeffrey Catalano of High Water Sound brought the new Raven arm along. It's mounted here on its proprietary precision armboard bolted to a TW Acustic Black Night turntable ($40,000). Designer Thomas Woschnick was on hand for set up, schmoozing, and expert insight. He said he's shipped 90 arms since its release in February. 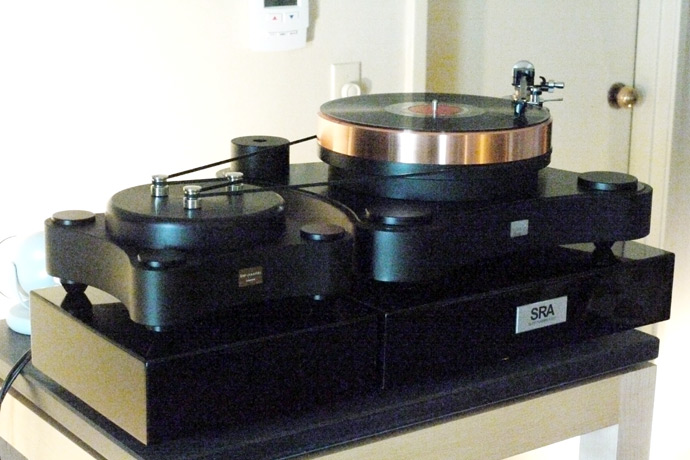 TW Acustic Black Night turntable ($40,000). "What can I say about it," designer Thomas Woschnick said when I asked him. "It's my baby and I love it -- it's big, yet elegant, has a special motor drive no one else has, and a solid copper platter." The sound I heard, a jazz quartet, was lavish and spectacular, with lots of drive. 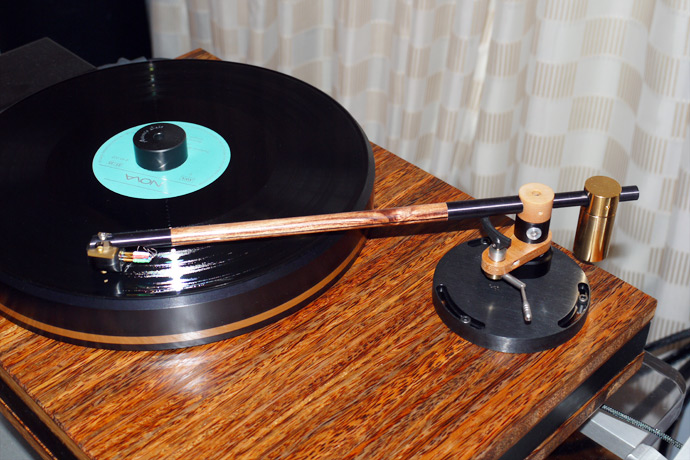 Artemis Labs TA-1 tonearm ($3500). Sean Ta of Artemis Labs brought his TA-1 tonearm, which comes in two lengths -- 9.5" and 11.5". Designed by noted tonearm guru Frank Schroeder of Schroeder Tonearms in Berlin, this TA-1 is 11.5" and mounted on the Artemis SA-2 turntable. It features raised-bearing technology, the lowest bearing friction claimed, arm material made of South American kingwood, and trackforce that doesn't change with altering of the VTA. Schroeder told me its design took him a lifetime of thought and research, but only two days to build once he decided to do it. He also quipped that the TA-1 was, at Sean's insistence, named after Ta himself. 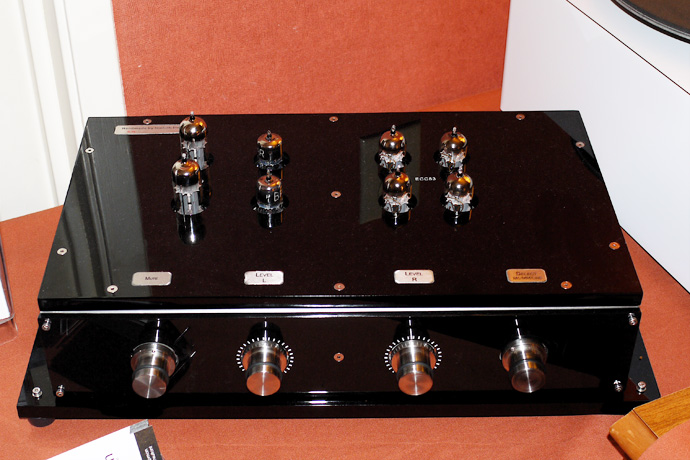 Alaap V2.1 preamplifier ($14,995). Nick Doshi of Doshi Audio brought his seriously impressive full-function Alaap V2.1 preamplifier. It has three phono inputs (MC, MM1, MM2), two single-ended outputs, an MC gain of 20dB, a phono gain of 50dB, and linestage gain of 12dB. Featuring hand-wound Sowter volume-control transformers, its phono is fully differential with a JFET input stage. Doshi told me the name Alaap is borrowed from the first movement of traditional Indian raga music. Though there are already 30 units out there, the preamp has the look, sound, and feel of a superb custom-made unit.