I measured the Moondrop Quarks earphones using laboratory-grade equipment: a GRAS Model 43AG ear/cheek simulator/RA0402 ear simulator with KB5000/KB5001 simulated pinnae, and an Audiomatica Clio 12 QC audio analyzer. For isolation measurements, I used a laptop computer running TrueRTA software with an M-Audio MobilePre USB audio interface. The earphones were amplified using a Musical Fidelity V-CAN amplifier. Except as noted, I used the supplied medium-sized silicone tips for all measurements because they fit best in the ear simulator. These are “flat” measurements; no diffuse-field or free-field compensation curve was employed. If you’d like to learn more about what our measurements mean, click here. 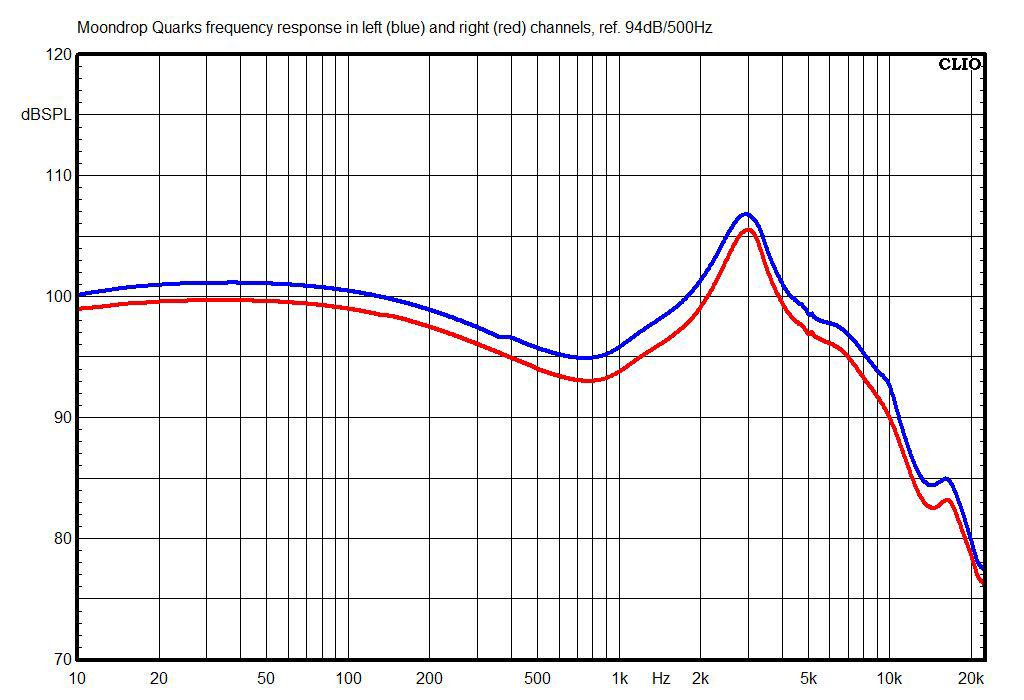 This chart shows the Quarks’ frequency response. This is within the norm for this type of product, although the peak at 3kHz is much higher-Q (i.e., narrower) than normal, and there’s a little less bass than usual, plus a little less oomph in the top two octaves (5 to 10kHz and 10 to 20kHz) of treble. The left channel is also consistently more sensitive than the right, with about 1.5dB more output for the same input voltage. I generally don’t notice mild imbalances like these, but some people might on certain recordings. 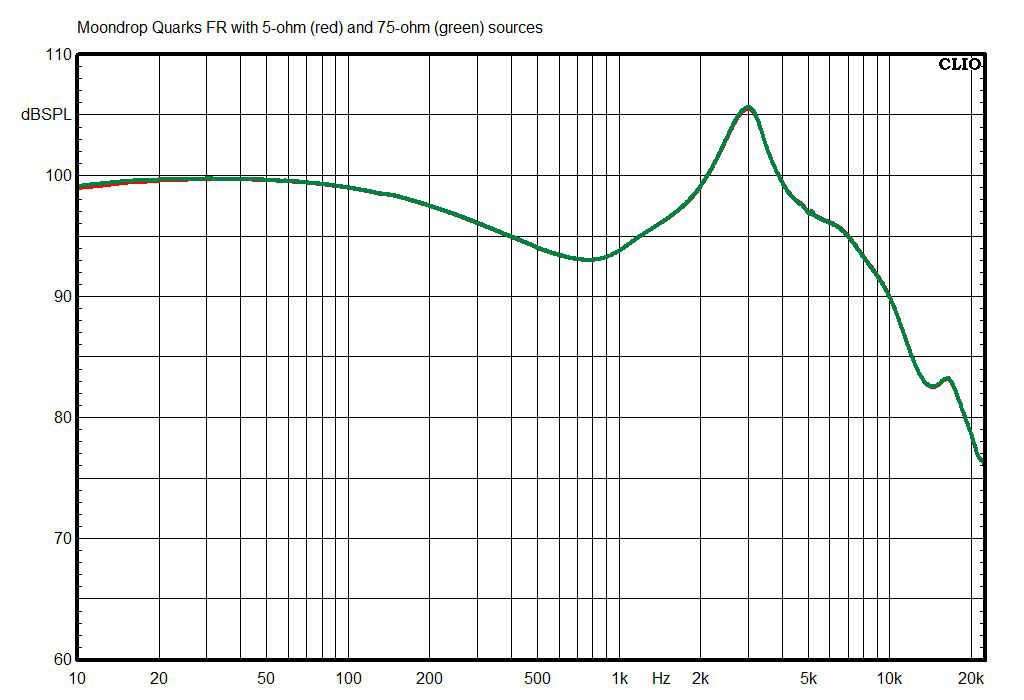 This chart shows how the Quarks’ tonal balance changes when they’re used with a high-impedance source, such as a cheap laptop, some tube amps, or some professional headphone amps. There’s no difference, so the Quarks will perform consistently with different source devices. 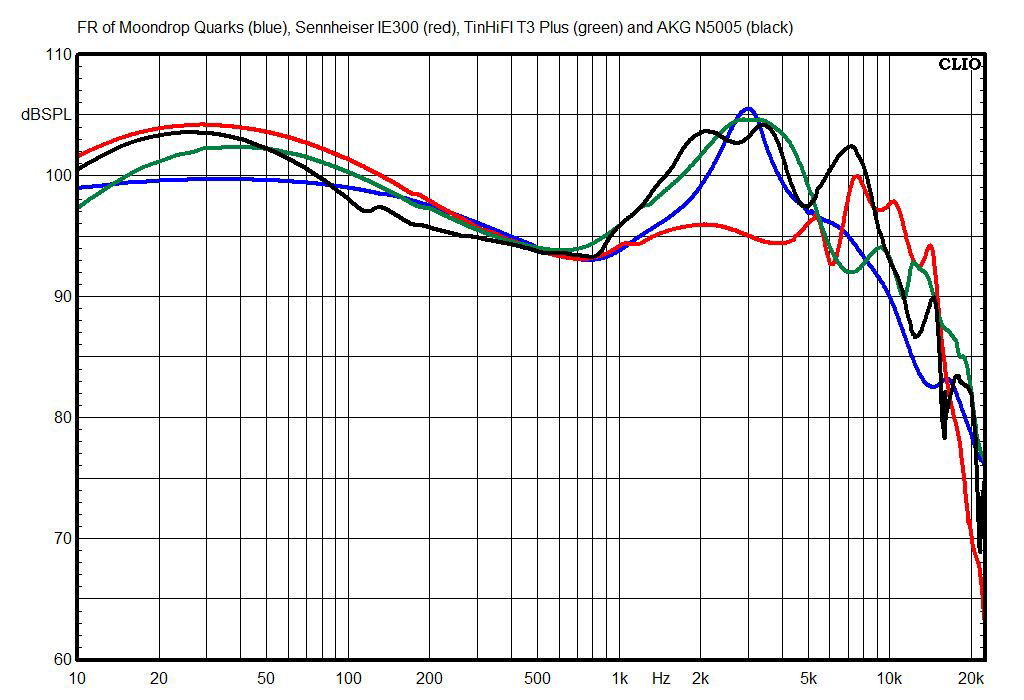 This chart shows the Quarks’ right-channel response compared with various competitors, including the AKG N5005 earphones, which are said to be the passive earphones that come closest to the Harman curve. The Quarks’ quirks are mild, as I described above. 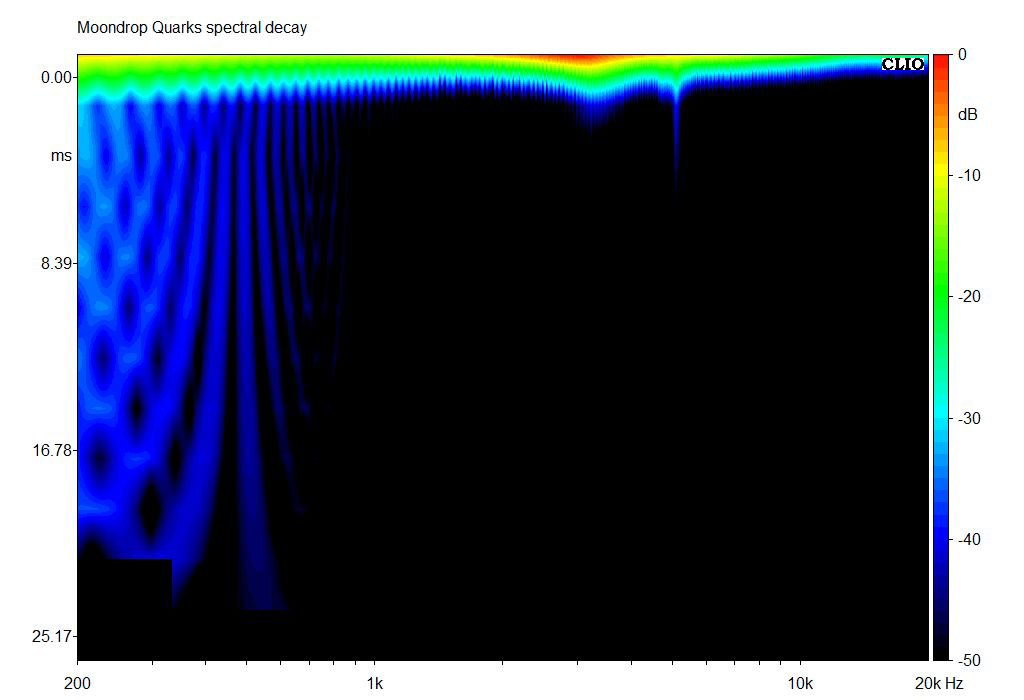 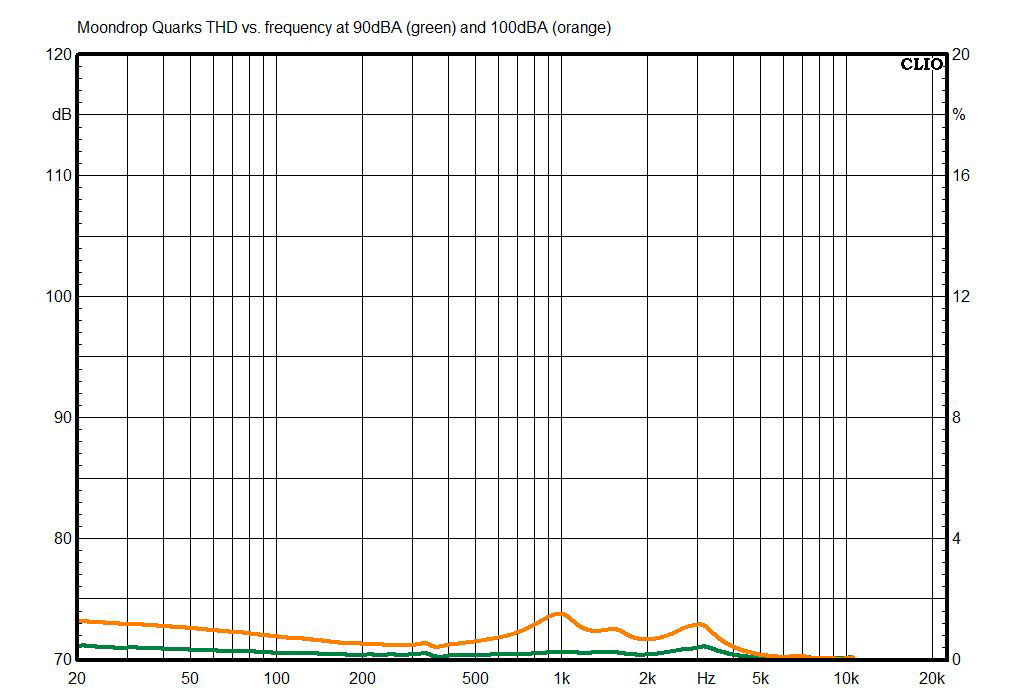 The Quarks’ harmonic distortion is low, even at the mega-cranked level of 100dBA (measured with pink noise). 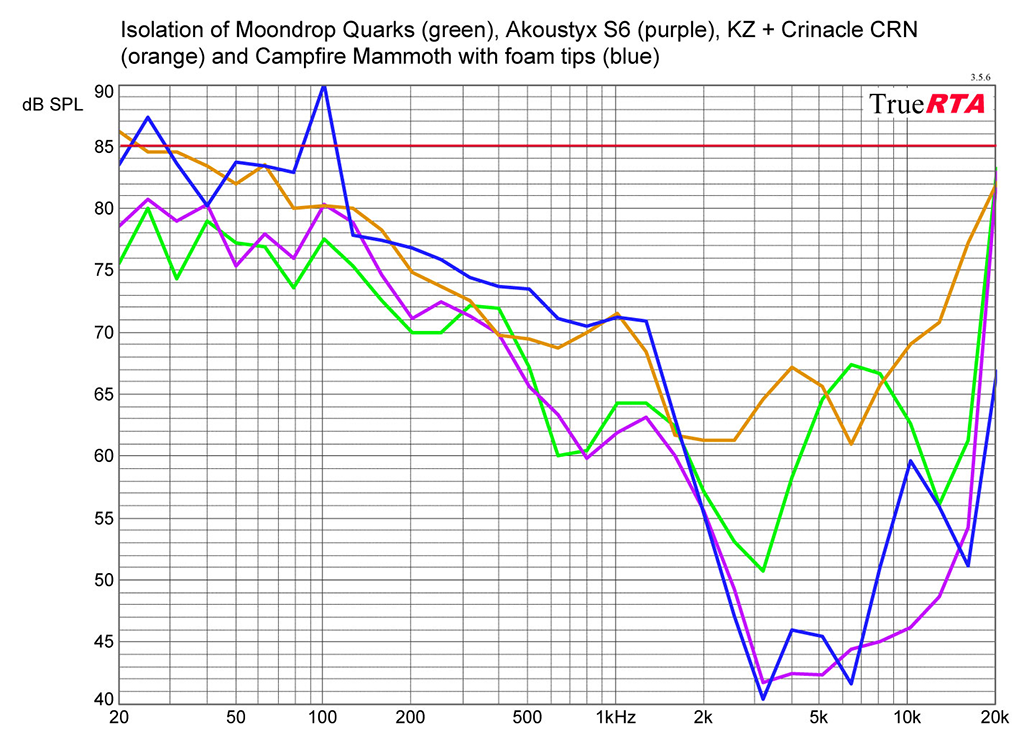 In this chart, the external noise level is 85dB SPL, and numbers below that indicate the degree of attenuation of outside sounds. The lower the lines, the better the isolation. In the 43AG ear/cheek simulator, the Quarks offer a typical level of isolation for compact earphones, although less isolation above 2kHz than a couple of (much more expensive) competitors offer. 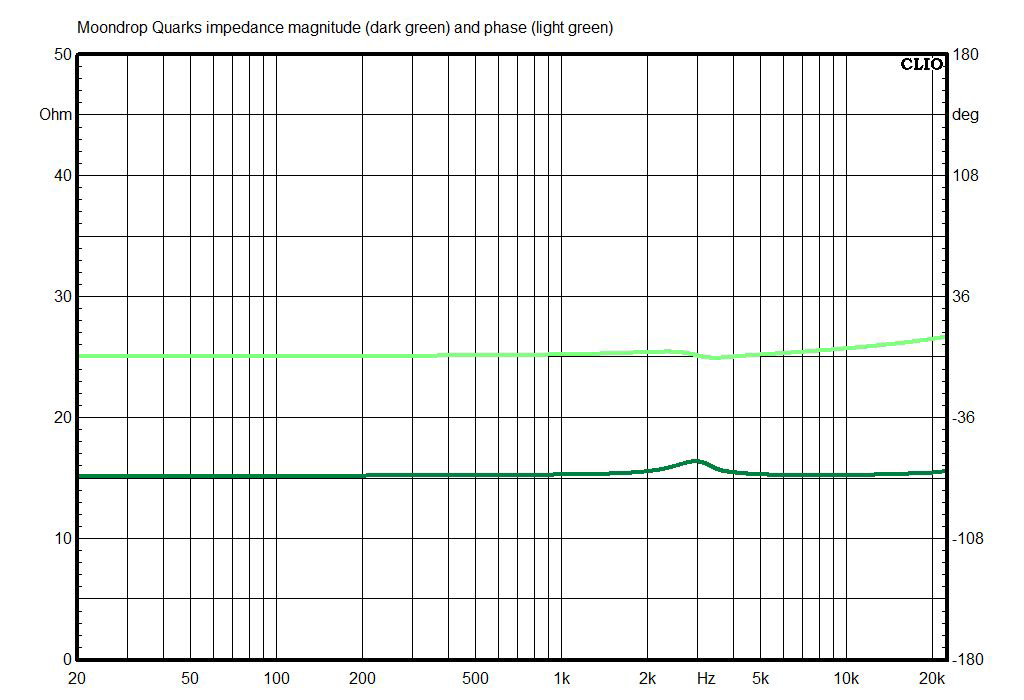 The impedance curve of the Quarks is almost entirely flat at 15 ohms, and the phase response is also flat.

Sensitivity, measured in the right channel between 300Hz and 3kHz, using a 1mW signal calculated for 16 ohms rated impedance, is 93.1dB. That’s very low for earphones. So some portable source devices might have problems getting the Quarks to play as loud as you want with some recordings.

Bottom line: The measurements show some compromises in the Quarks’ performance, which has to be expected in a set of earphones this inexpensive. But other than the very low sensitivity, there’s nothing here that would likely pose a problem. For the price, the safe’n’sane frequency-response tuning is surprising and impressive.