I measured the Sivga Oriole headphones using laboratory-grade equipment: a GRAS Model 43AG ear/cheek simulator/RA0402 ear simulator with KB5000/KB5001 simulated pinnae, and an Audiomatica Clio 12 QC audio analyzer. For isolation measurements, I used a laptop computer running TrueRTA software with an M-Audio MobilePre USB audio interface. For most measurements, the headphones were amplified using a Musical Fidelity V-CAN amplifier; I used a Schiit Magnius amplifier for distortion measurements. These are “flat” measurements; no diffuse-field or free-field compensation curve was employed. If you’d like to learn more about what our measurements mean, click here. 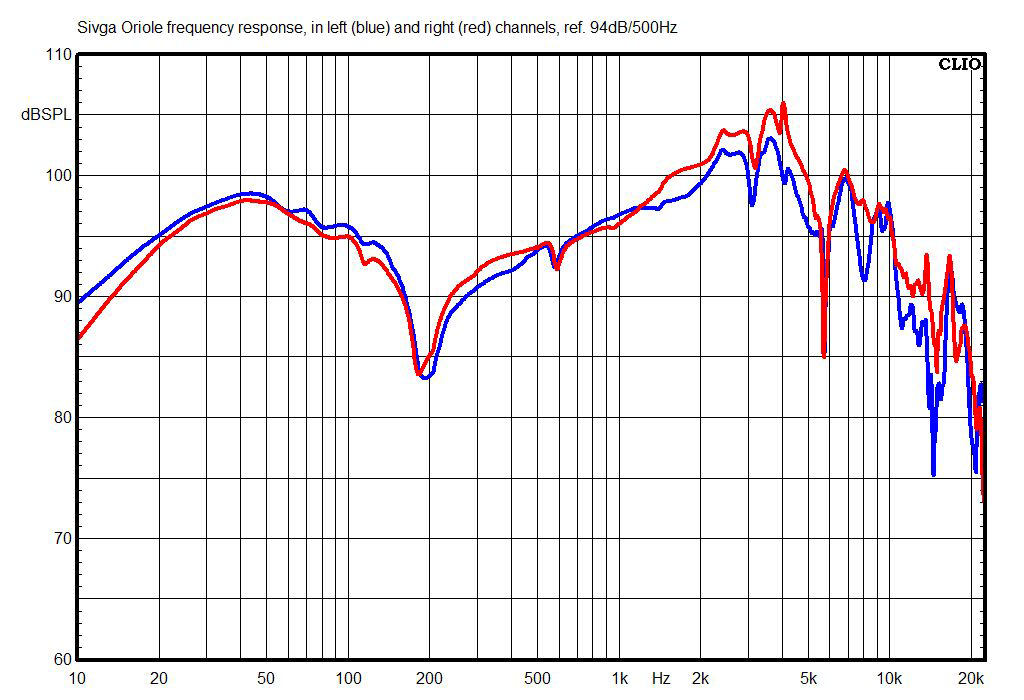 This chart shows the Orioles’ frequency response, which shows some weird stuff. That dip centered near 200Hz looks scary, especially considering that it’s about an octave wide, although I should note that response dips are less audible than peaks, if the magnitude and Q are comparable. However, above about 500Hz, they’re not very far off the Harman curve—but there’s a lot less energy below 500Hz than the Harman curve recommends. 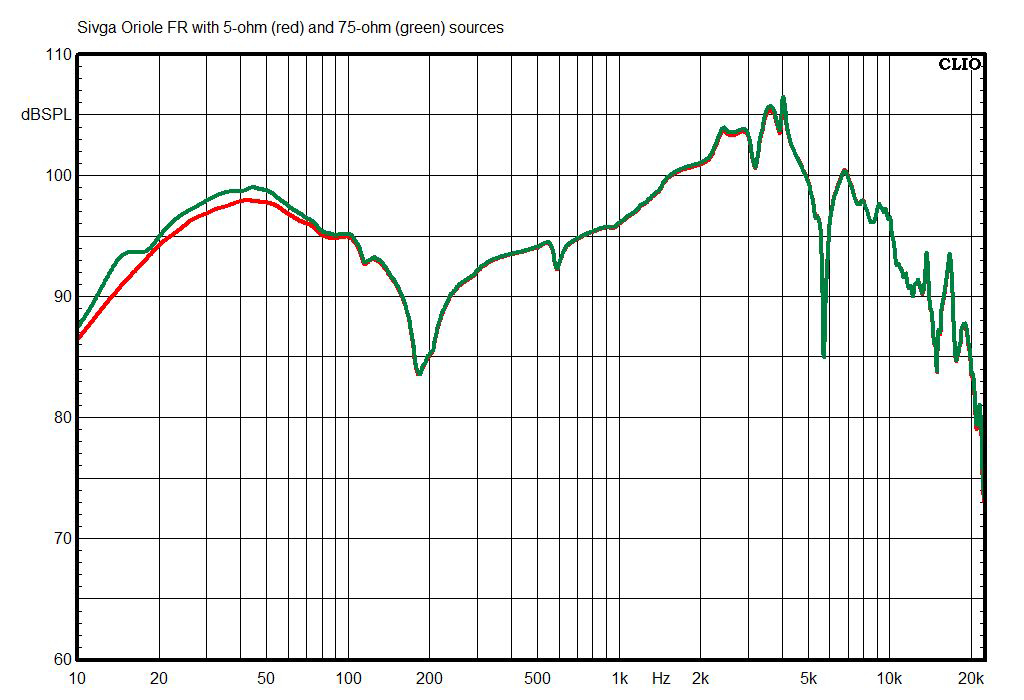 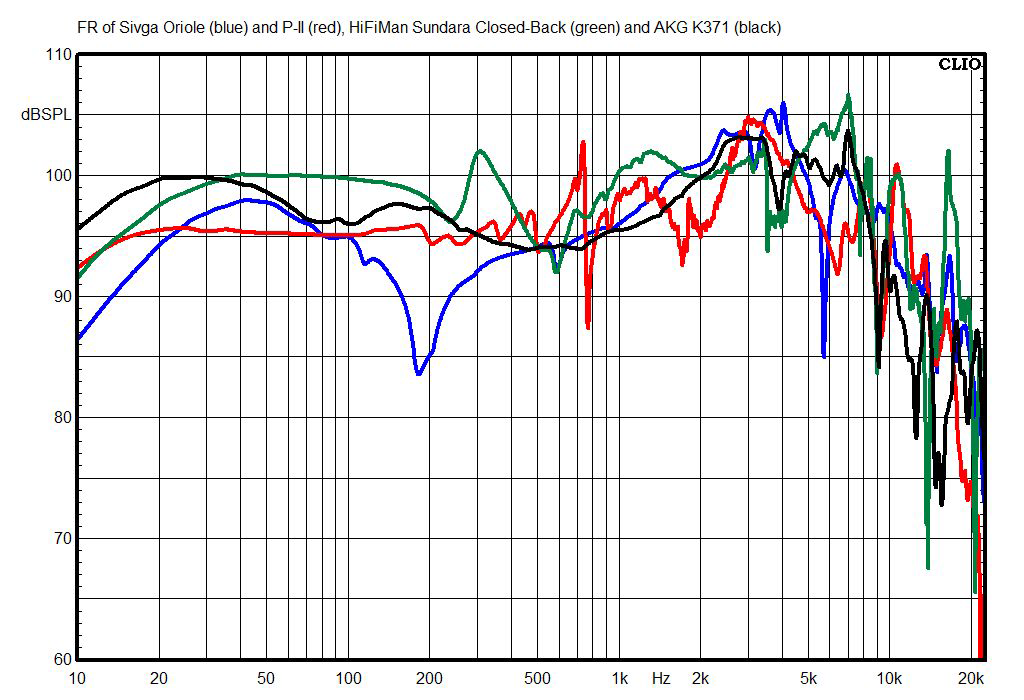 This chart shows the Orioles’ right-channel response compared with the open-back Sivga P-IIs, the HiFiMan Sundara Closed-Backs, and the AKG K371s (one of the headphones said to come closest to the Harman curve). All are normalized to 94dB at 500Hz. Clearly, the Orioles are outside the norm in some ways. 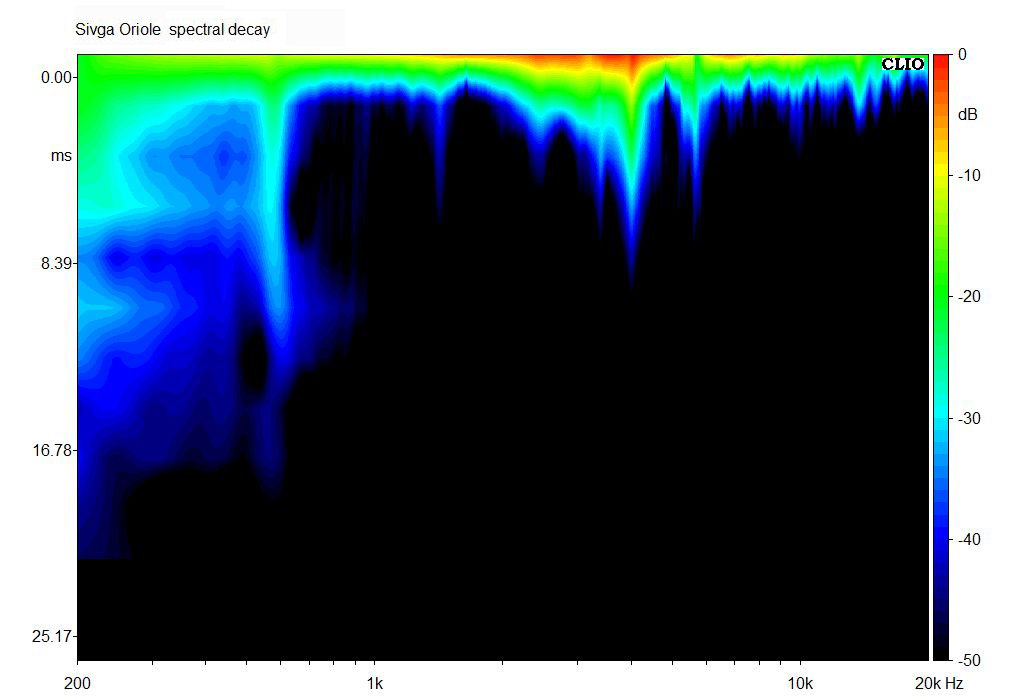 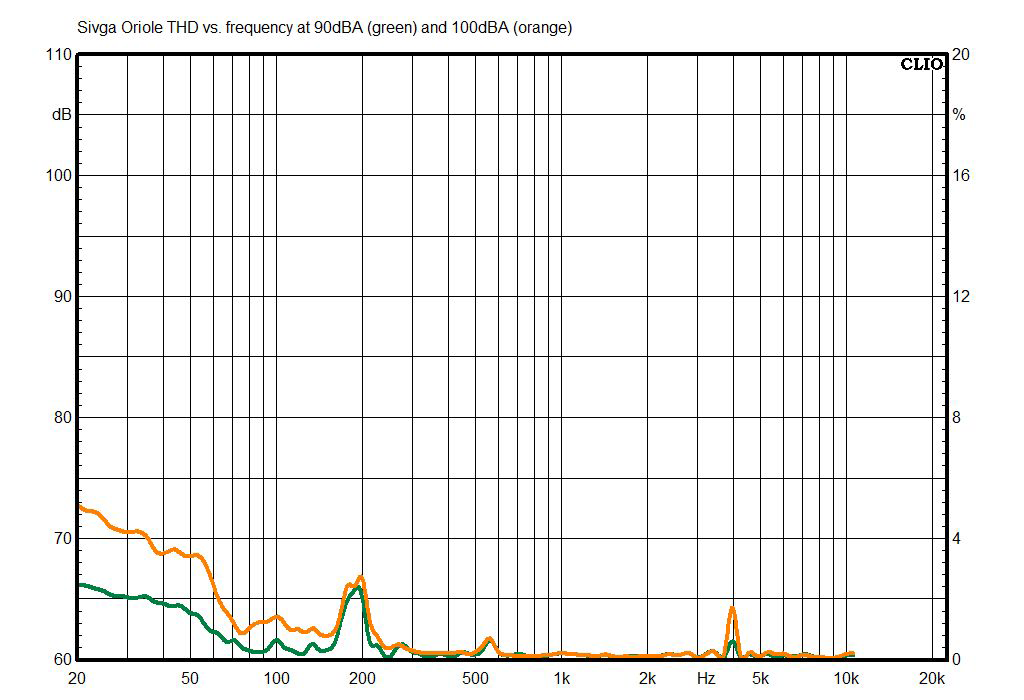 Here’s the THD vs. frequency chart, measured at 90dBA and 100dBA, both levels set with pink noise. There’s some observable distortion in the bass at very high levels, and certainly more than you’d likely get with a planar-magnetic driver. But considering that it’s only about 2% THD at the loud level of 90dBA, I doubt it’d be audible. 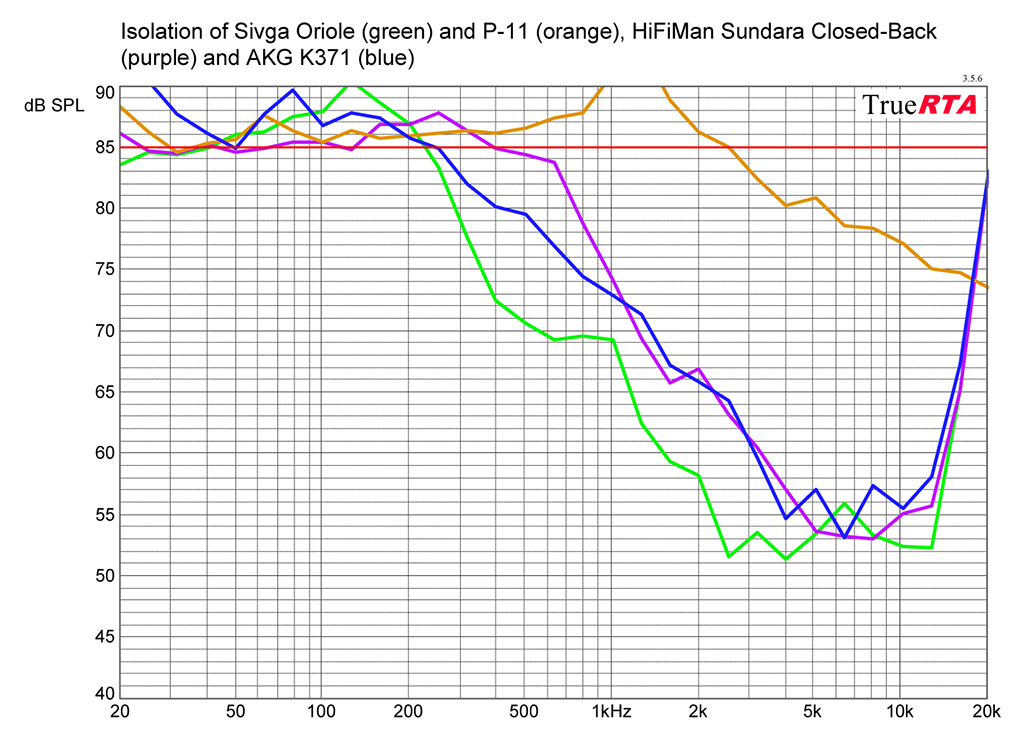 In this chart, the external noise level is 85dB SPL (the red trace), and numbers below that indicate the degree of attenuation of outside sounds. The Orioles’ isolation is excellent, delivering what should be an audibly quieter experience than the other two closed-back models included in this chart. I threw in the Sivga P-II headphones so you could see how an open-back design compares. 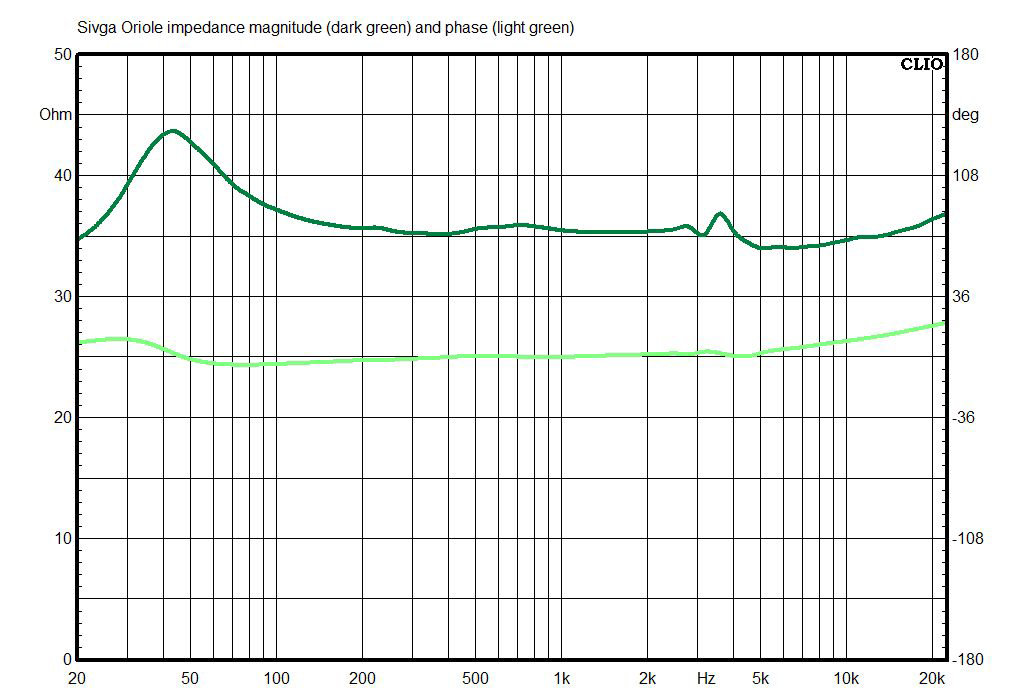 The impedance of the Orioles is nearly flat at about 35 ohms through most of the audio range, with a rise and corresponding phase-response wrinkle centered at 45Hz, which is typical of a dynamic driver. That rise is the cause of the difference in frequency response when the Orioles are used with a high-impedance source, but considering that it’s only about a 1dB bump in the bass, it’s nothing to be concerned about.

Sensitivity of the Orioles, calculated for 32 ohms rated impedance and averaged from 300Hz to 3kHz, is 106.8dB with a 1mW signal, which is plenty high enough that any source device should be able to drive these headphones to loud levels.

Bottom line: The Oriole headphones’ engineering looks solid, and you can certainly drive them with any conceivable source device. However, the frequency response is idiosyncratic. Whether you’ll dig it, I can’t say, but I’d recommend you hear them before you buy, or buy them from a merchant that accepts returns.