I measured the LG Tone Free T90Q earphones using laboratory-grade equipment: a GRAS Model 43AG ear/cheek simulator with KB5000/KB5001 simulated pinnae, and an Audiomatica Clio 12 QC audio analyzer. I used a Reiyin WT-HD06 Bluetooth transmitter to get signals into the earphones. I used the supplied medium silicone tips for all measurements because they fit best in the ear simulator. These are “flat” measurements; no diffuse-field or free-field compensation curve was employed. Note that I’m unable to do spectral-decay measurements on most true wireless earphones due to the latency. If you’d like to learn more about what our measurements mean, click here. 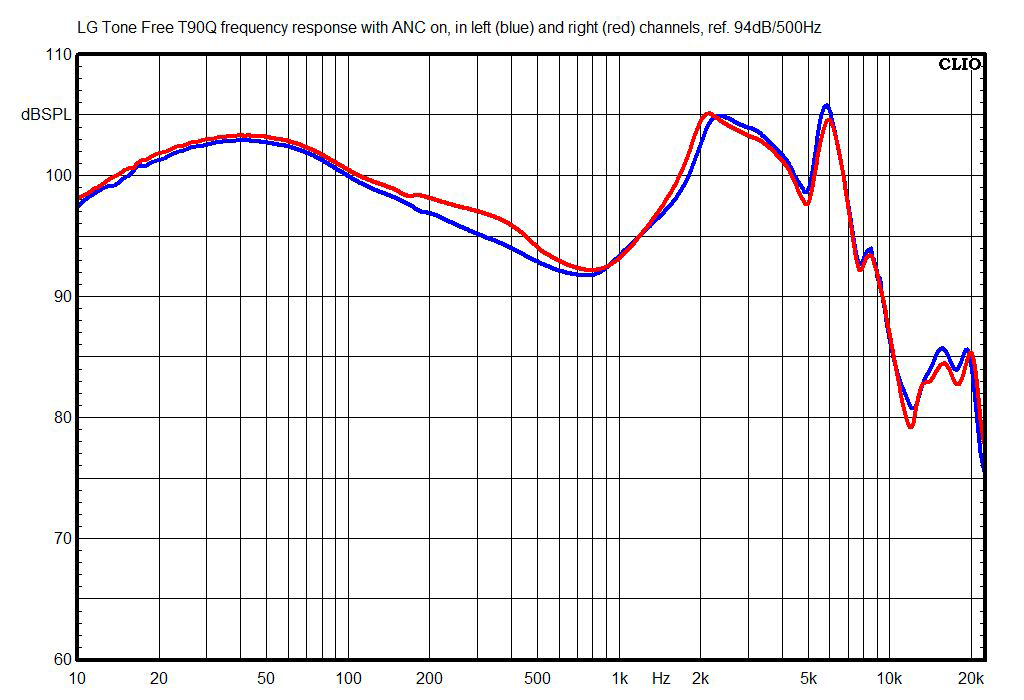 This chart shows the Tone Free T90Qs’ frequency response with ANC on. It’s similar to the Harman curve, but with a few dB more energy in the upper bass and lower midrange. 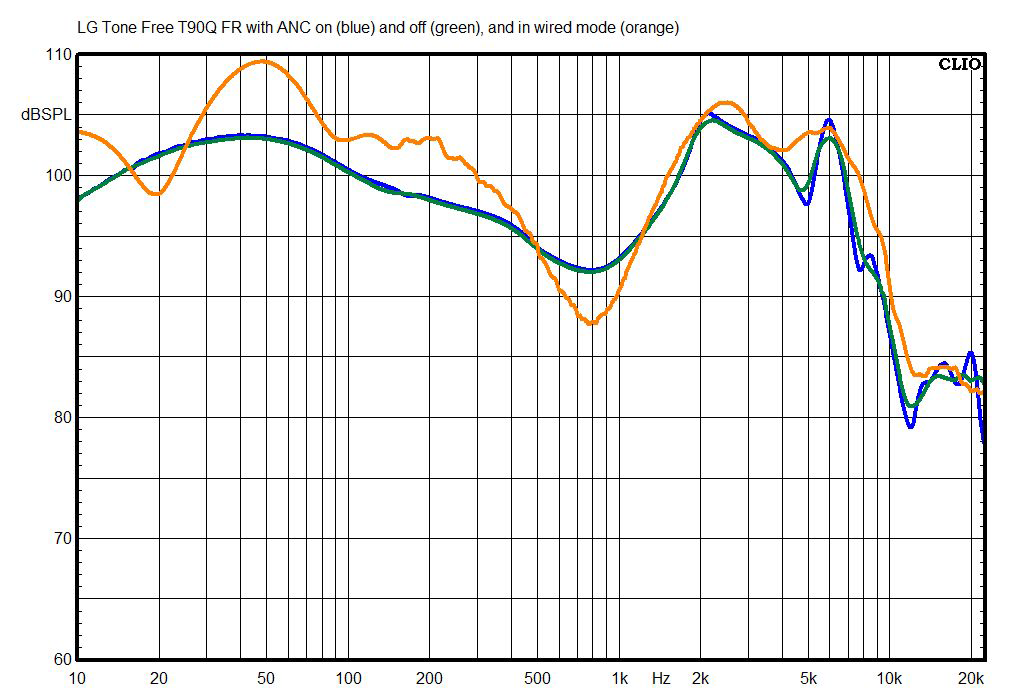 This chart shows how the Tone Free T90Qs’ tonal balance changes when ANC is switched on and off, and in the wired mode, where an analog source is connected to the case and the case transmits to the earphones. The difference with ANC on and off is within the range of error for the measurement—so, basically nothing. The sound is different in wired mode, but not radically so; there’s more bass and a bigger dip in the mids, but it doesn’t seem like a radical departure from the standard response. 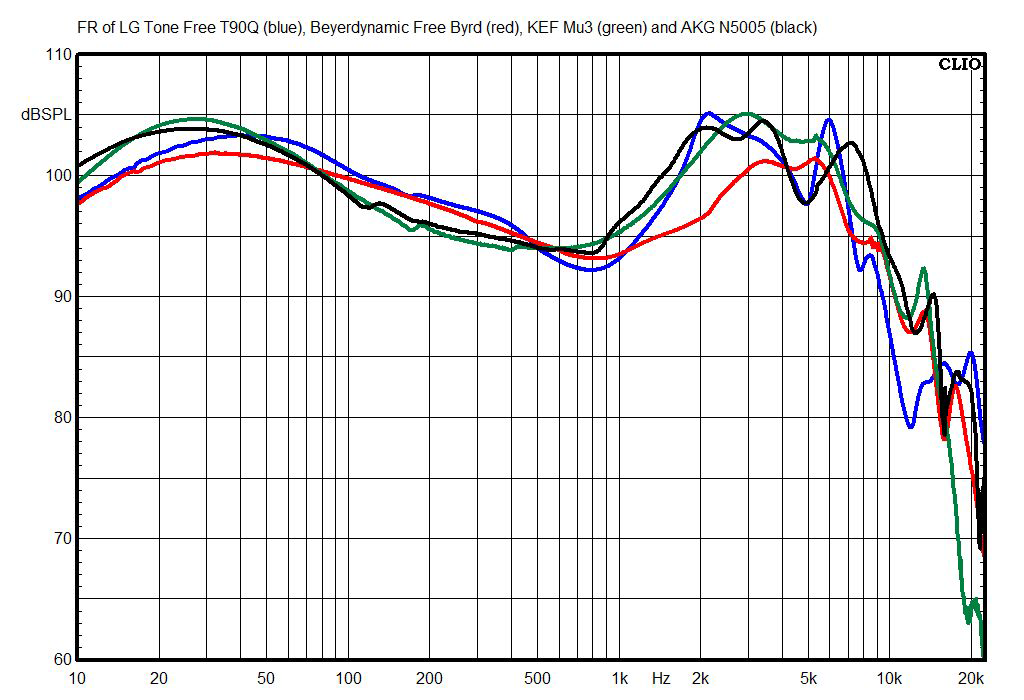 This chart shows the Tone Free T90Qs’ right-channel response (again, in ANC mode) compared with various earphones—including the KEF Mu3s and AKG N5005s, both of which stick close to the Harman curve. You can see how “normal” the T90Qs’ response looks, although there’s a few dB less energy between 10 and 14kHz, which suggests the sound may not be as airy or spacious as with the other models compared here. 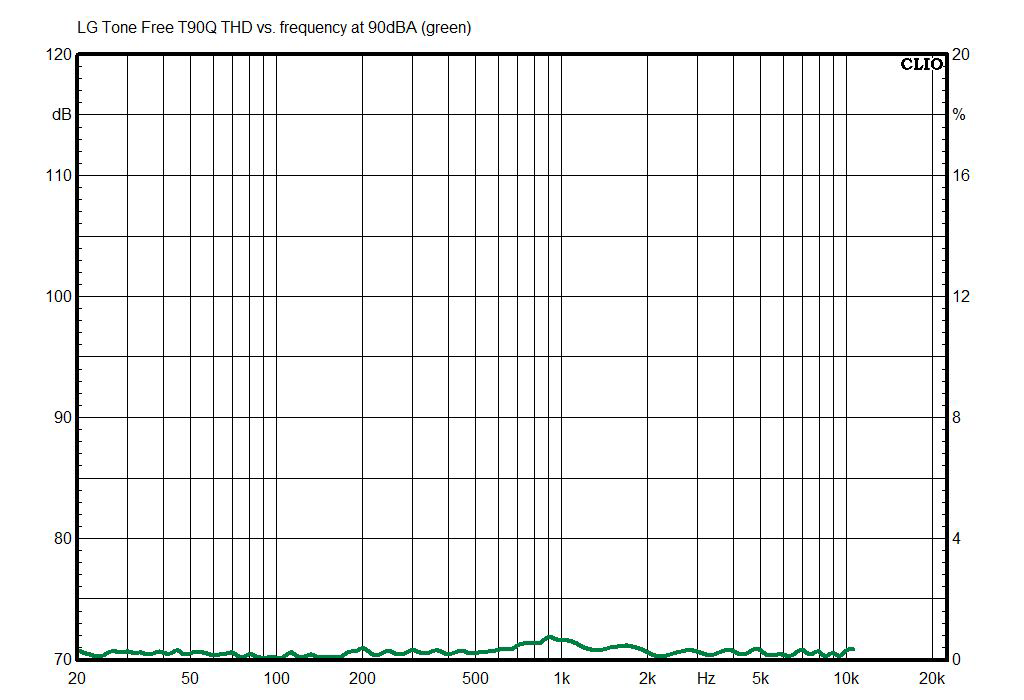 The Tone Free T90Qs’ distortion is inaudible at the loud level of 90dBA (measured with pink noise). However, I could only get them to play about 1dB louder, so I couldn’t include my usual 100dBA measurement here. 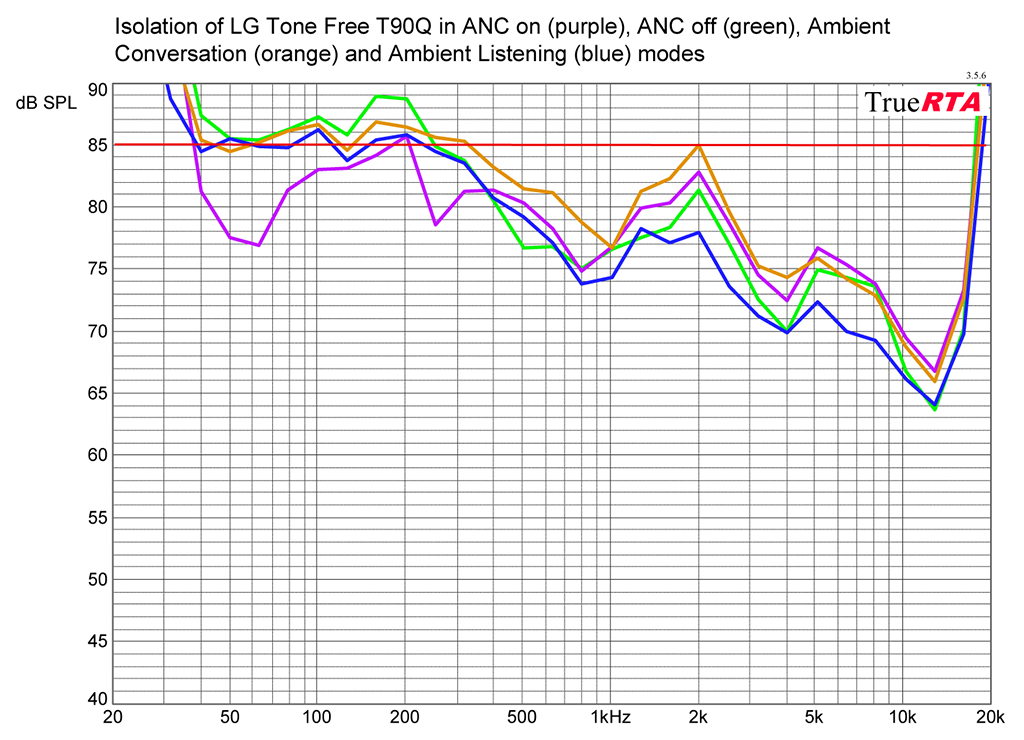 Here we can see the differences among the T90Qs’ four noise-canceling modes: ANC on and off, Ambient Listening and Ambient Conversation. The red line represents the 85dB SPL baseline for the measurement; the lower the curve goes below that line, the better the isolation. There’s not much difference. I repeated this measurement several times to make sure. 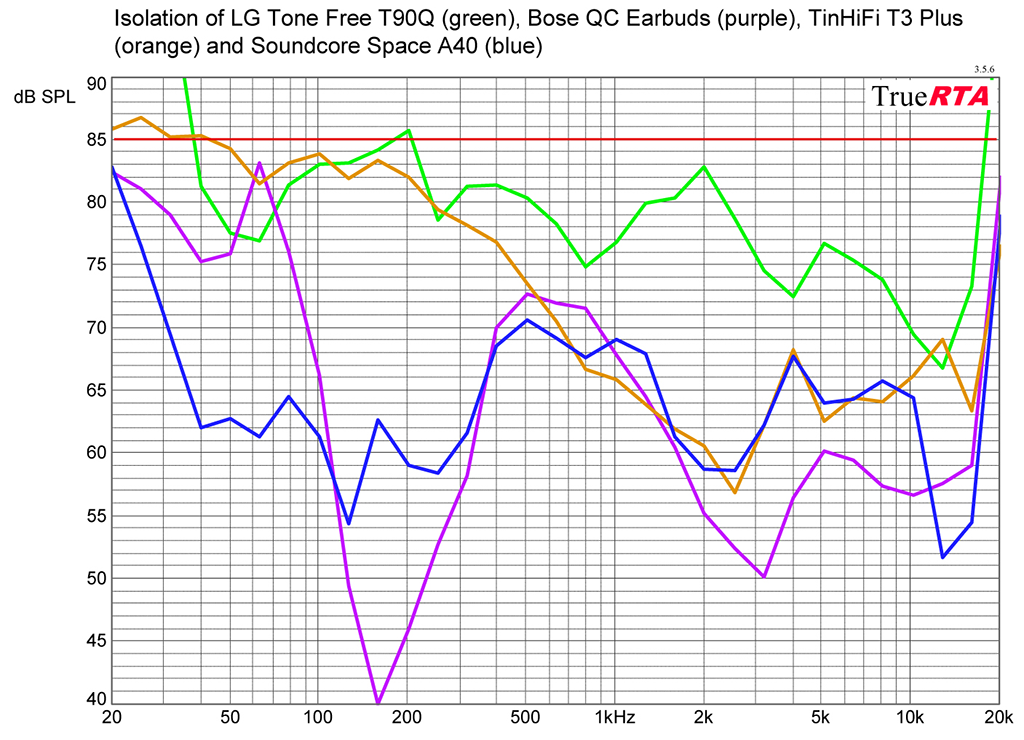 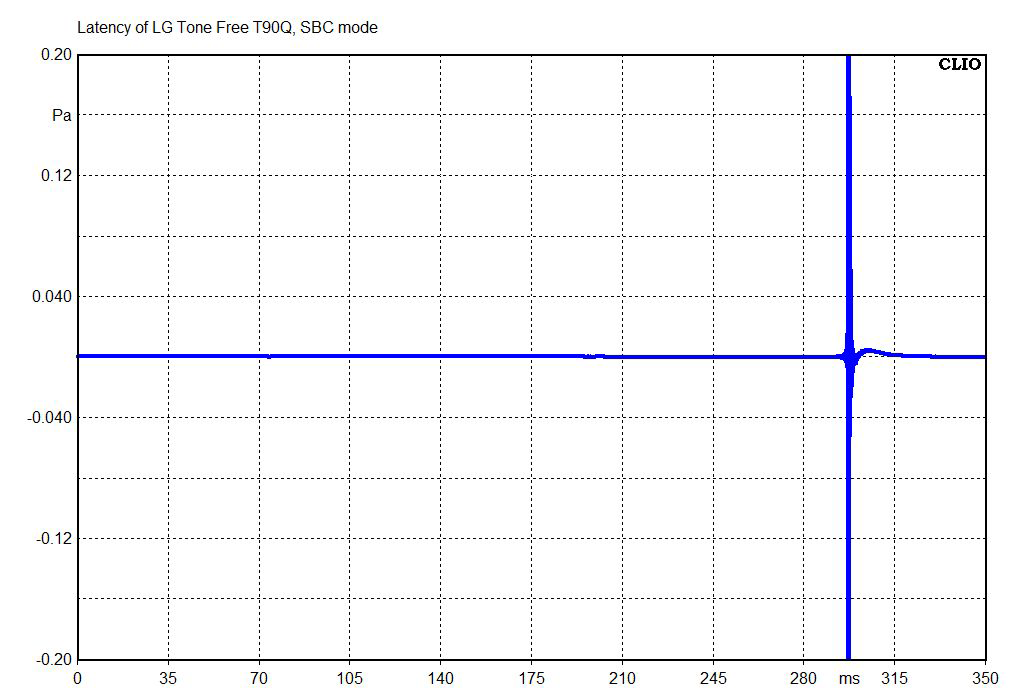 Latency with the T90Qs was typically about 295ms with the Reiyin transmitter, so depending on the latency of your display, it’s possible you could notice lip-sync problems when watching videos. But this number is not out of the ordinary for true wireless earphones.

Bottom line: Given the frequency response, the Tone Free T90Qs should sound good. However, they don’t play loud—although I would argue they play loud enough, and certainly their lower max volume makes them safer to use. And although I can see that, technically, they do have noise canceling, based on my measurements (and a brief listen), calling these noise-canceling earphones is like calling this 60-year-old reviewer a basketball player. Yeah, technically, I do know how to play basketball . . . but an average 5th-grader could kick my ass.