I measured the Sivga SV023 headphones using laboratory-grade equipment: a GRAS Model 43AG ear/cheek simulator/RA0402 ear simulator with KB5000/KB5001 simulated pinnae, and an Audiomatica Clio 12 QC audio analyzer. For isolation measurements, I used a laptop computer running TrueRTA software with an M-Audio MobilePre USB audio interface. For most measurements, the headphones were amplified using a Musical Fidelity V-CAN amplifier; I used a Schiit Audio Magnius amplifier for distortion measurements. These are “flat” measurements; no diffuse-field or free-field compensation curve was employed. If you’d like to learn more about what our measurements mean, click here. 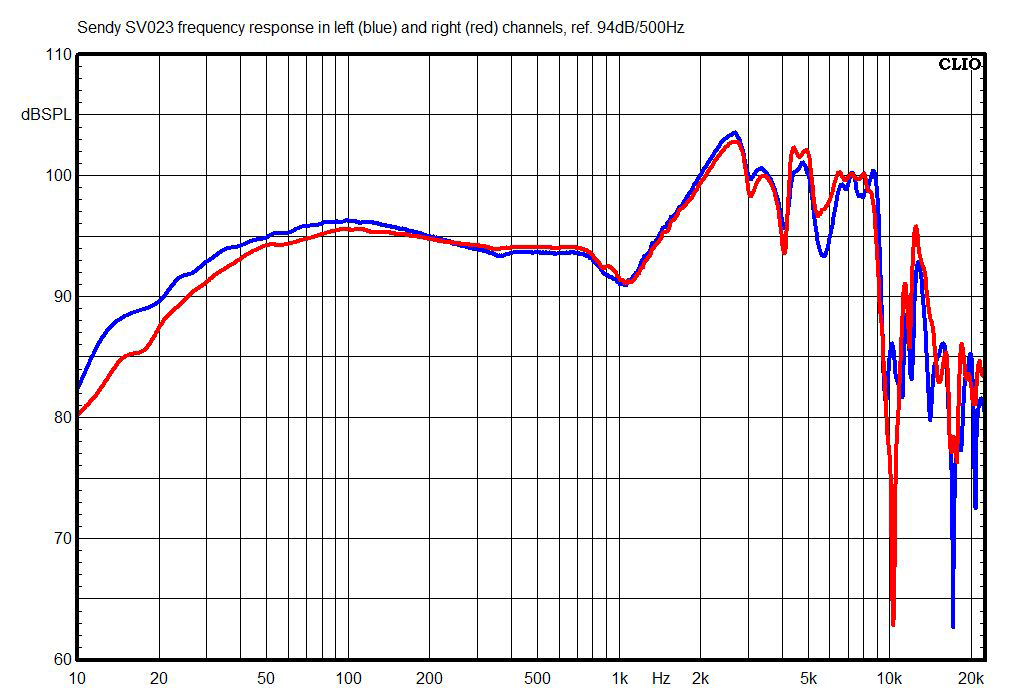 This chart shows the SV023s’ frequency response. This looks pretty straightforward for headphones of this type, with no anomalies that catch my eye. 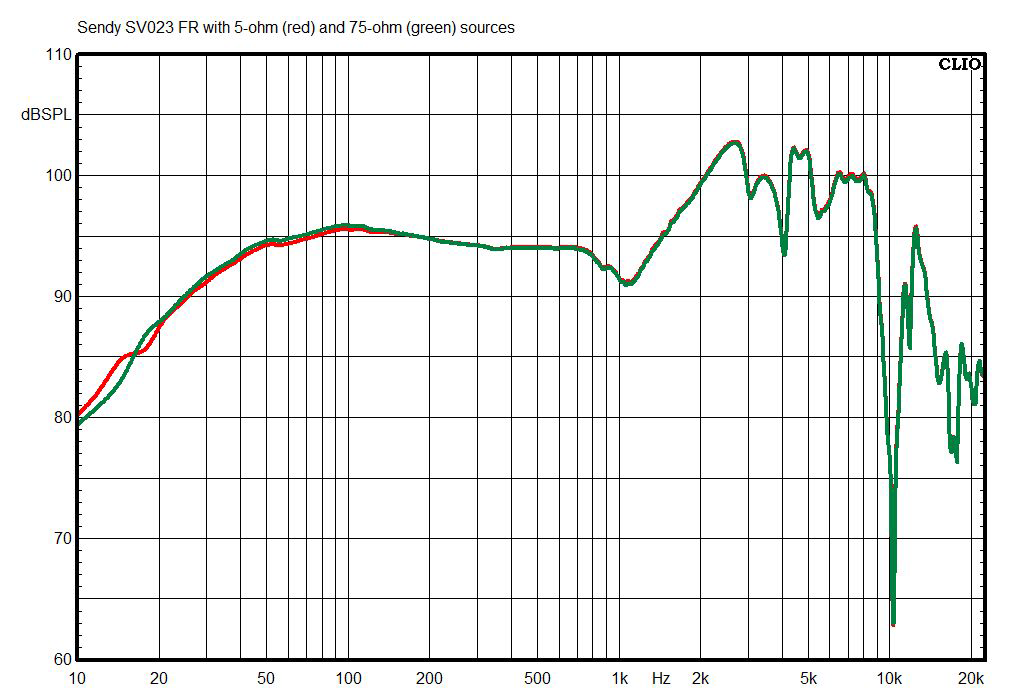 Here we can see the difference in the headphones’ response when a high-impedance (75 ohms) source is substituted for a typical low-impedance source (5 ohms). There’s almost no difference, just a boost of about 0.5dB below 100Hz. This is rare for dynamic drivers; they’re usually more affected by source impedance. 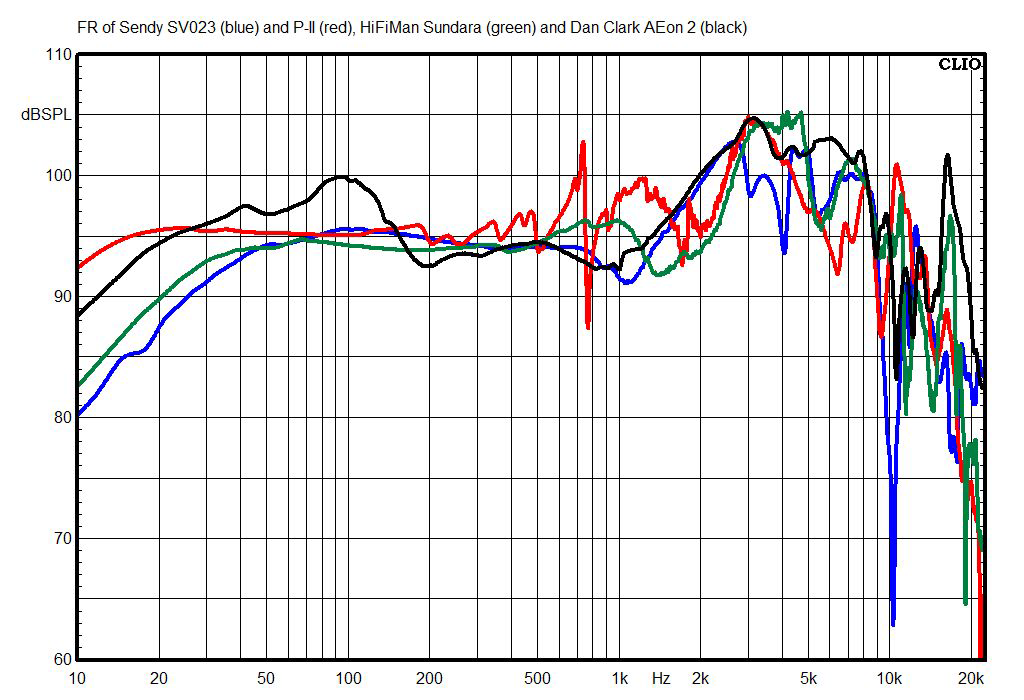 This chart shows the SV023s’ right-channel response compared with a few other open-back models (including the Dan Clark Audio Æon 2s with perfed pads, which are the planar-magnetic headphones I’ve found come closest to the Harman curve). Again, there’s nothing unusual—at most, slightly less energy in the treble and bass relative to some similar models. 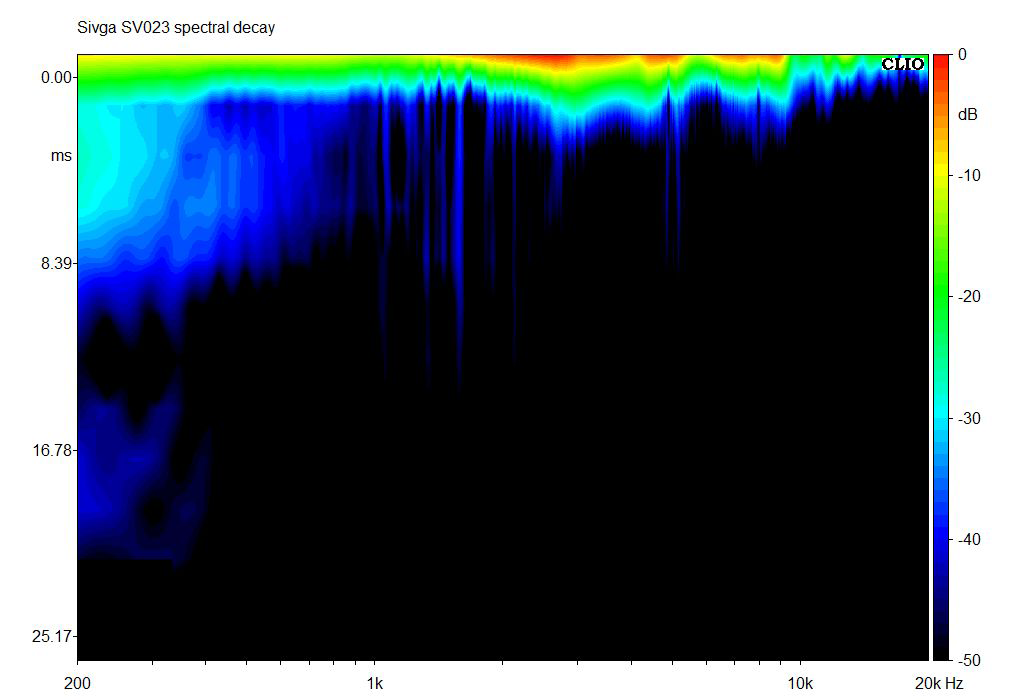 The SV023’s spectral decay is one of the cleanest I can remember seeing, with no significant resonances. 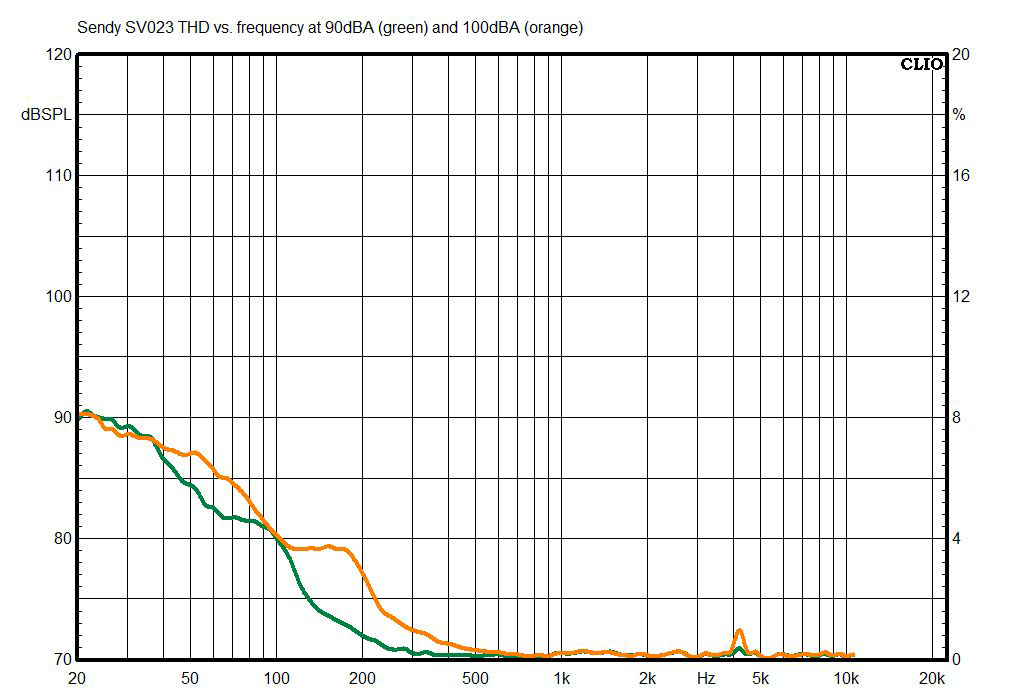 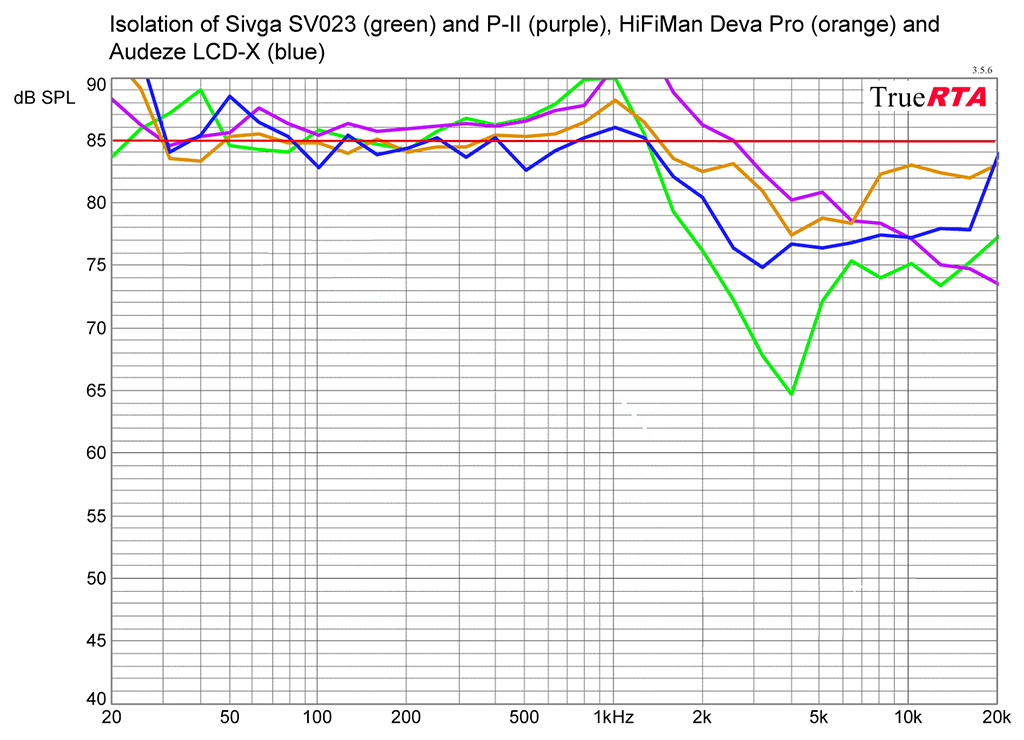 In this chart, the external noise level is 85dB SPL (the red trace), and numbers below that indicate the degree of attenuation of outside sounds. The lower the lines, the better the isolation. The SV023s’ isolation is a little better than average for large, open-back headphones, probably because they use a 50mm driver rather than the 100mm drivers common to planar-magnetic models. 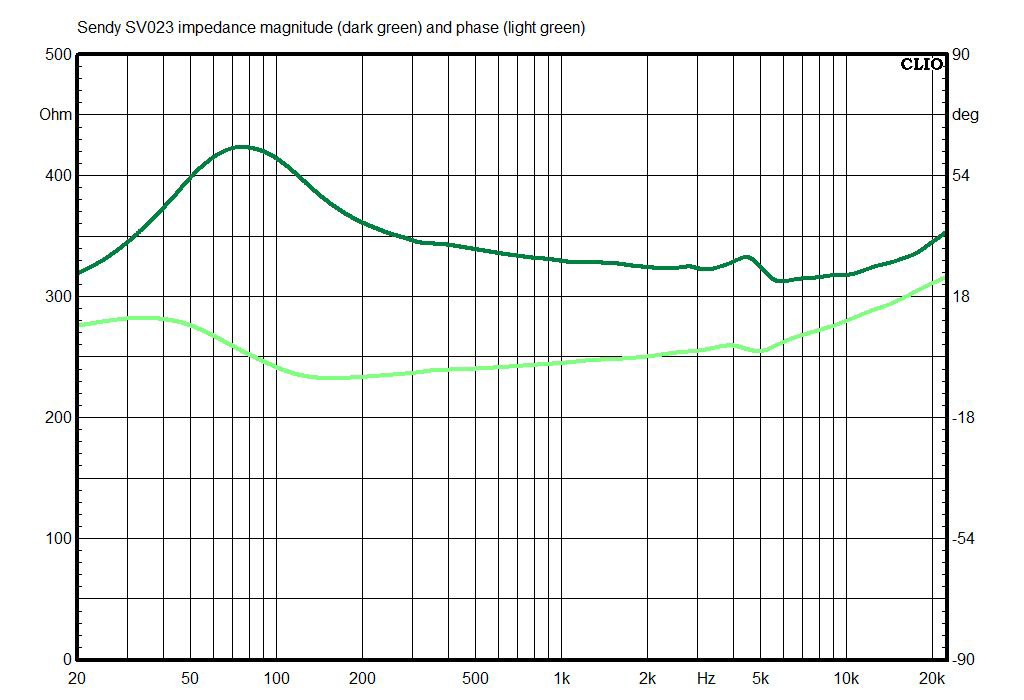 The impedance of the SV023s mostly averages around 330 ohms, with a fairly flat phase response (especially for a dynamic driver).

Sensitivity of the SV023s, calculated for 300 ohms impedance and averaged from 300Hz to 3kHz, is 104.2dB, plenty enough to get a useable volume from most source devices.

Bottom line: Other than some bass distortion, which it’s unlikely you’ll notice, the Sivga SV023 headphones’ measurements show nothing to worry about.