I measured the Bowers & Wilkins P17 earphones using laboratory-grade equipment: a GRAS Model 43AG ear/cheek simulator with the RA0402 high-resolution ear simulator with KB5000/KB5001 simulated pinnae, and a Audiomatica Clio 12 QC audio analyzer. For isolation measurements, I used a laptop computer running TrueRTA software with an M-Audio MobilePre USB audio interface. An Mpow BH259A Bluetooth transmitter was used to send signals from the Clio 12 QC to the earphones. These are “flat” measurements; no diffuse-field or free-field compensation curve was employed. Note that my usual impedance and sensitivity measurements are irrelevant for wireless earphones, and impossible to do without disassembling them, and are thus not included here. If you’d like to learn more about what our measurements mean, click here.

Note that the P17s were very fussy and intermittent when I tried to mate them with a Bluetooth transmitter (and I tried a few). Also, while you can turn the wear sensors off when the P17s are connected to their app, they default to on when the app is not used, and none of my usual methods for defeating the wear sensors worked. To do these measurements, I had to hold the ear/cheek simulator right next to my ear, then pull the P17 out of that ear and insert it into the simulator, then move the simulator around a bit until I got a test signal. So I wasn’t able to do as many measurements as I’d have liked, and some of my usual measurements are incomplete. 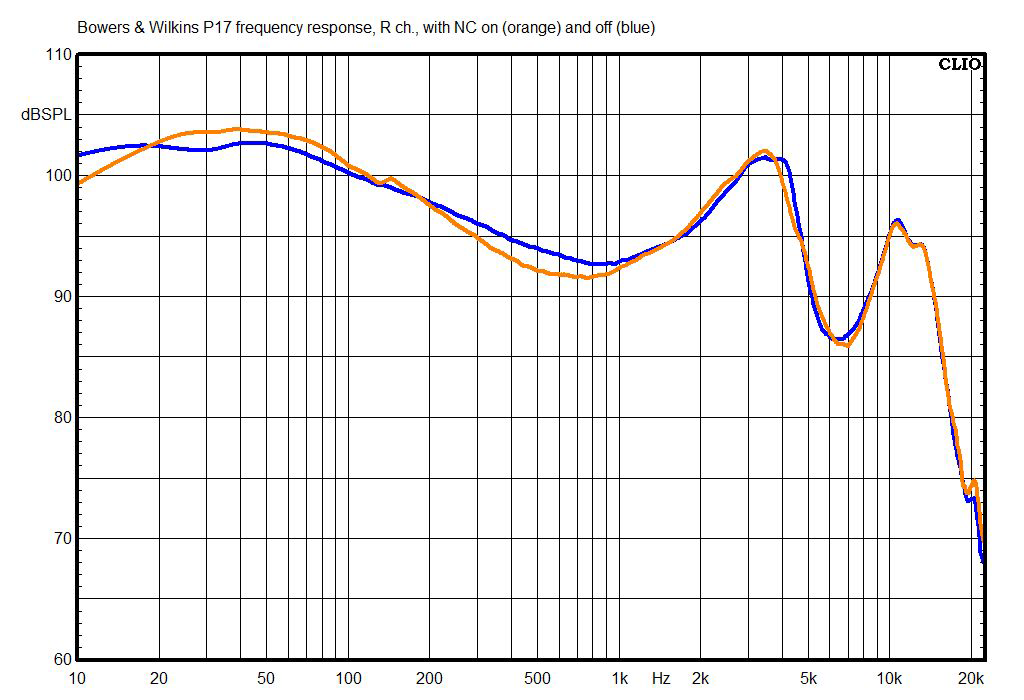 The above chart shows the P17s’ right-channel frequency response (because of the wear sensor, I couldn’t get the left to stay on long enough to measure it), measured with the RA0402 ear simulator. The shape of the curve isn’t terribly far from ordinary, with a big, broad bump in the bass and response peaks between 3 and 4kHz (fairly normal) and at about 11kHz (the likely cause of that subtle brightness I occasionally heard). However, the whole curve is tilted down, with substantially lower treble output relative to the bass output. Fortunately, the noise-canceling circuitry doesn’t seem to change the frequency response significantly. 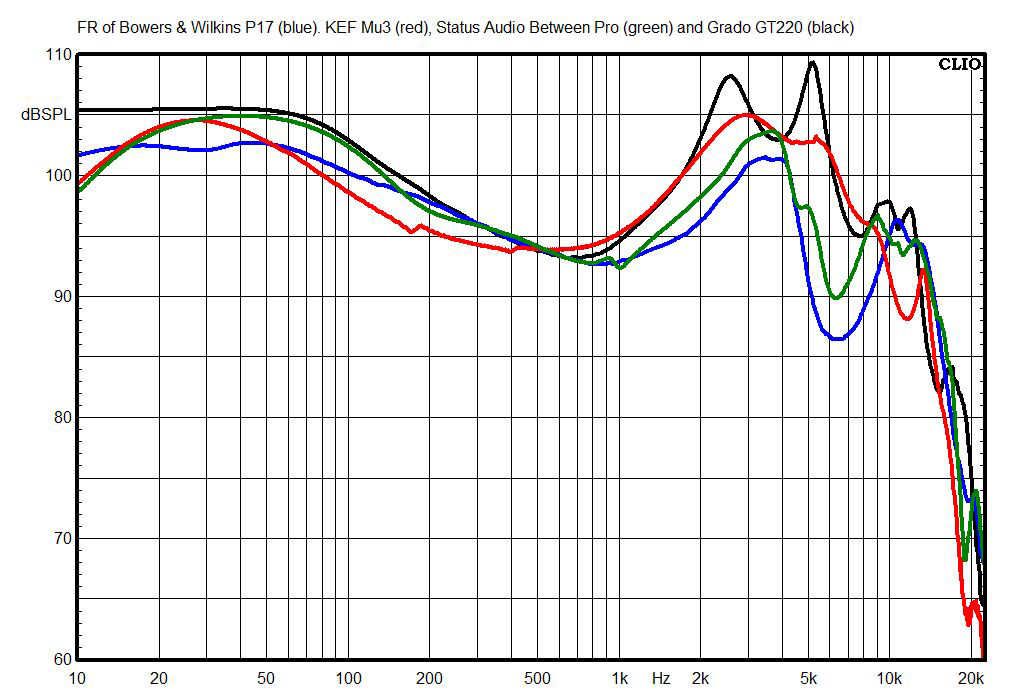 This chart shows the P17s’ right-channel response compared with other true wireless earphones: the KEF Mu3s (which are the true wireless earphones I’ve found come closest to Harman curve), the Status Audio Between Pros, and the Grado GT220s. You can see that the P17s have the least treble—and thus, the softest sound—of the bunch. 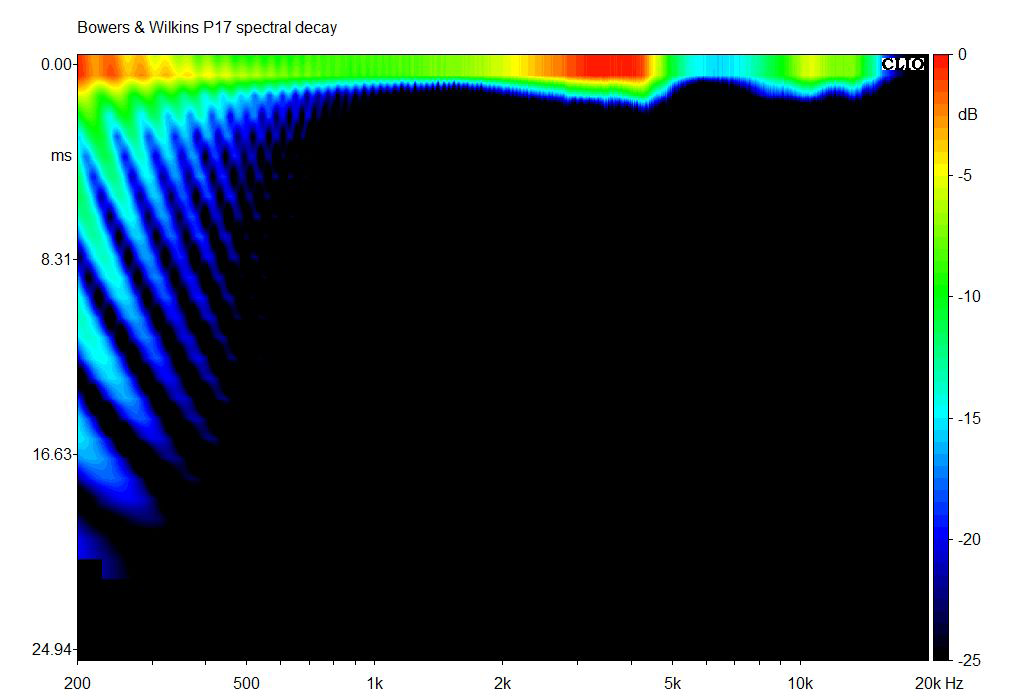 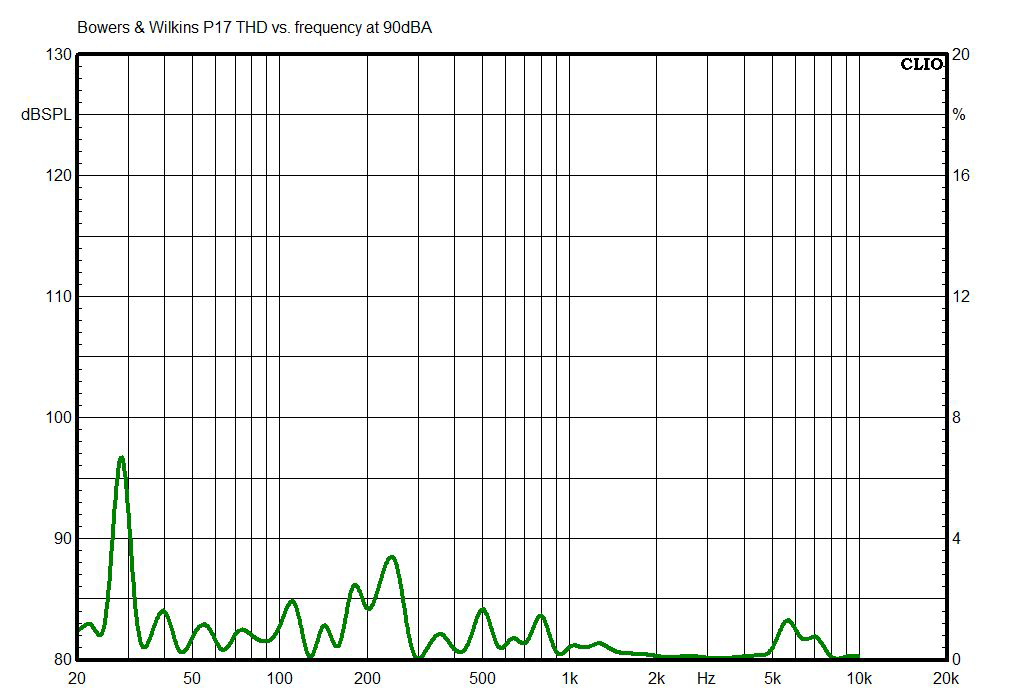 I was able to get only one distortion measurement of the P17s, at 90dBA. It’s a little higher than normal, but below 2% through almost all of the audio range, and considering how insensitive the ear is to transducer distortion, it’s unlikely you’ll notice any distortion at this fairly loud level. 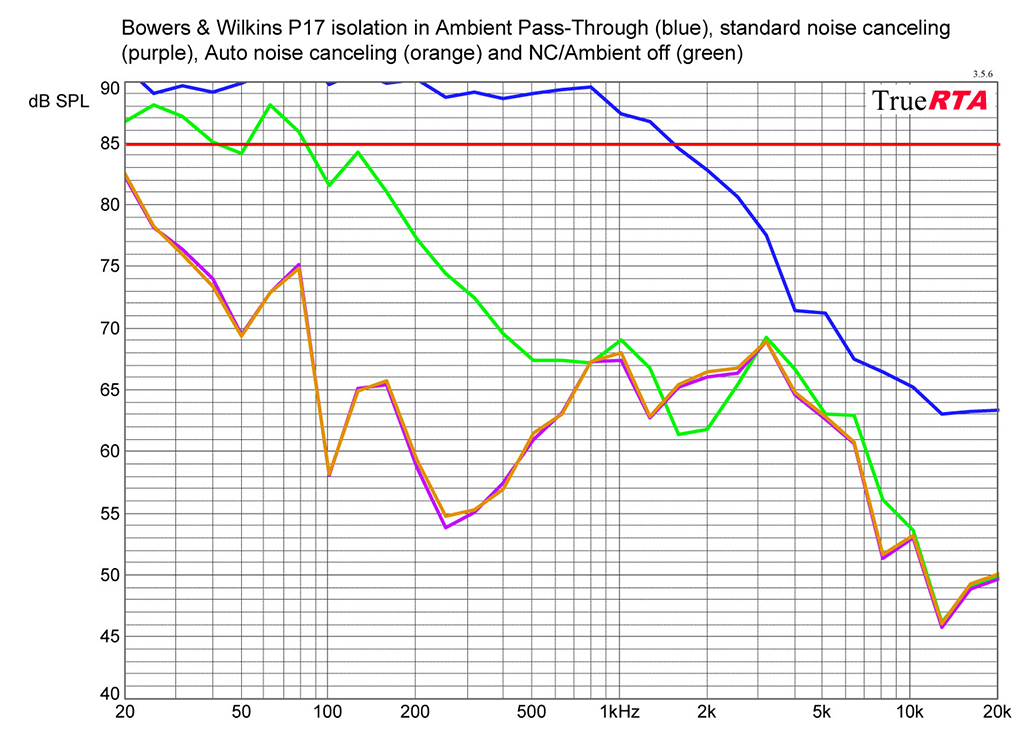 In this chart, the baseline noise level is 85dB, and the various traces show how much of that noise reaches your eardrums—the lower the line is on the chart, the better the isolation. This chart shows the effects of the Ambient Pass-Through mode (which lets in most sounds) and also that at least in this test setting, there’s almost no difference between the normal NC setting and the Auto NC setting. 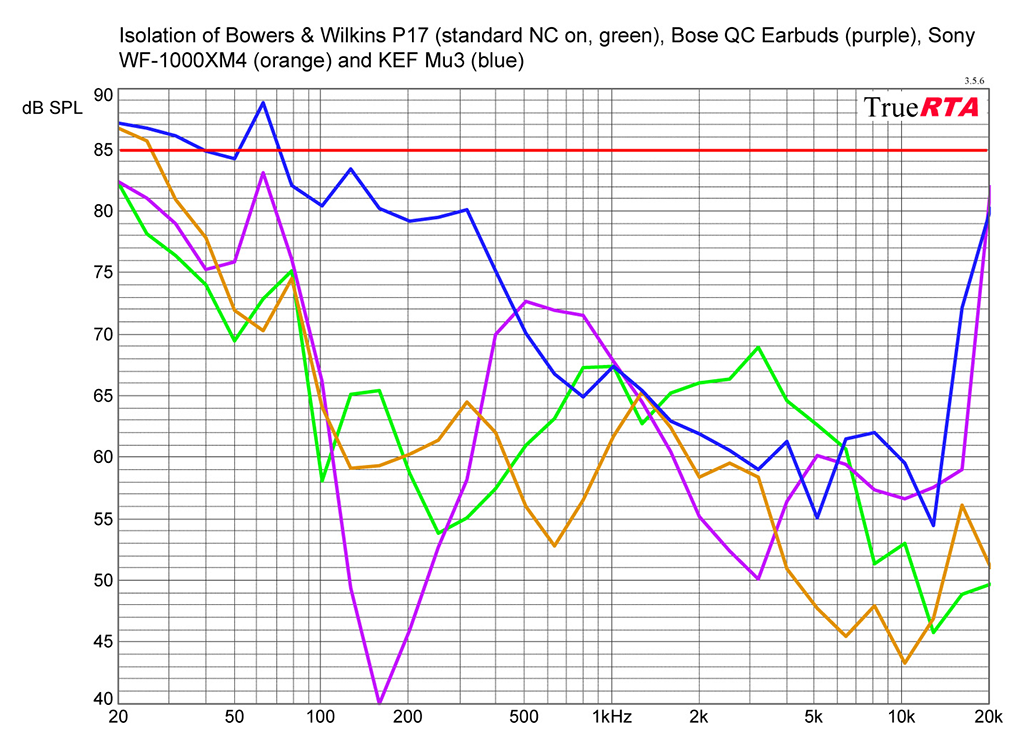 This chart shows the P17s’ isolation compared with several other true wireless earphones that include noise canceling. The P17s roughly equal the performance of the Sony WF-1000XM4s, which is pretty good considering Sony’s one of the leaders in noise canceling—but neither can match the Bose QC Earbuds. 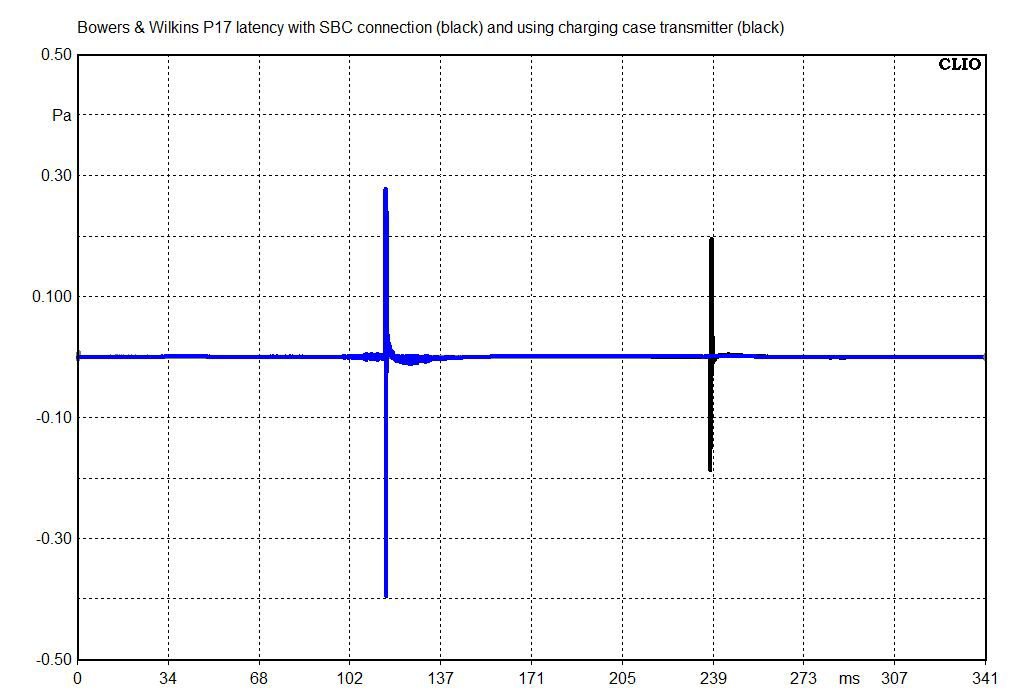 Maximum volume measured with pink noise from the P17s was 98.7dB when I used the charging case as the transmitter, connected to the headphone jack of my Samsung Galaxy S10 phone, and 108.6dB when I transmitted directly from the phone through Bluetooth. So my guess of a 10 to 12dB reduction in volume was pretty close. This makes me wonder if the sound will be loud enough with the charging case transmitter connected to an inflight entertainment system.

Bottom line: The P17s would look fairly “by the book” if it weren’t tilted down, which shows the treble response will be weak relative to the bass. This will be audible, and those who like plenty of treble (and the subjective sense of detail it lends) may find this sound dull. The noise canceling is pretty good, though.