I measured the HiFiMan HE400se headphones using laboratory-grade equipment: a GRAS Model 43AG ear/cheek simulator/RA0402 ear simulator with KB5000/KB5001 simulated pinnae, and an Audiomatica Clio 12 audio analyzer. For isolation measurements, I used a laptop computer running TrueRTA software with an M-Audio MobilePre USB audio interface. For most measurements, the headphones were amplified using a Musical Fidelity V-CAN amplifier; I used a Schiit Magnius amplifier for distortion measurements. These are “flat” measurements; no diffuse-field or free-field compensation curve was employed. If you’d like to learn more about what our measurements mean, click here. 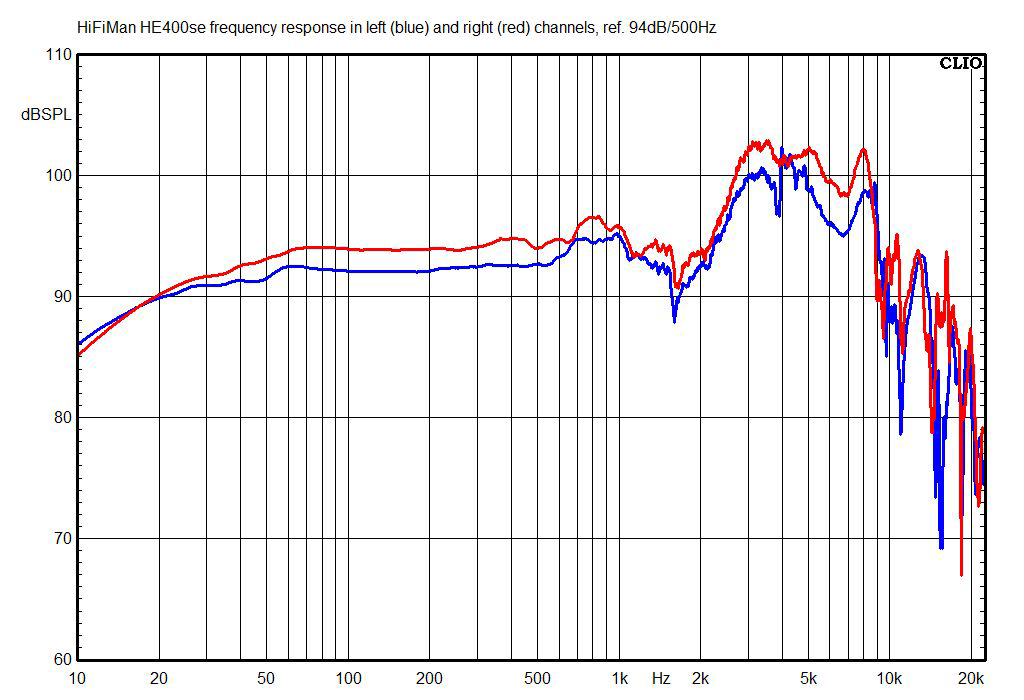 This chart shows the HE400se headphones’ frequency response. This is typical of most HiFiMan models, and of open-back planar-magnetics in general—a more or less flat response up to 1kHz, then a broad rise between 2.5 and 9kHz. 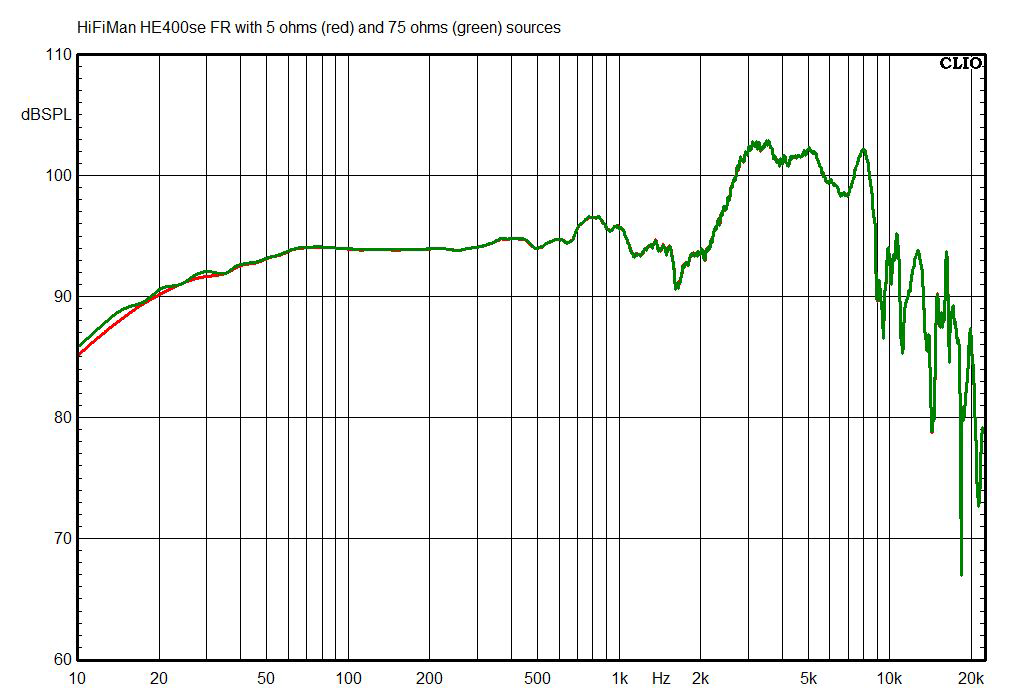 This chart shows how the headphones’ tonal balance changes when they’re used with a high-impedance source, such as a cheap laptop, some tube amps, or some professional headphone amps. Because of the headphones’ almost purely resistive load, there’s almost no change in response as output impedance increases. 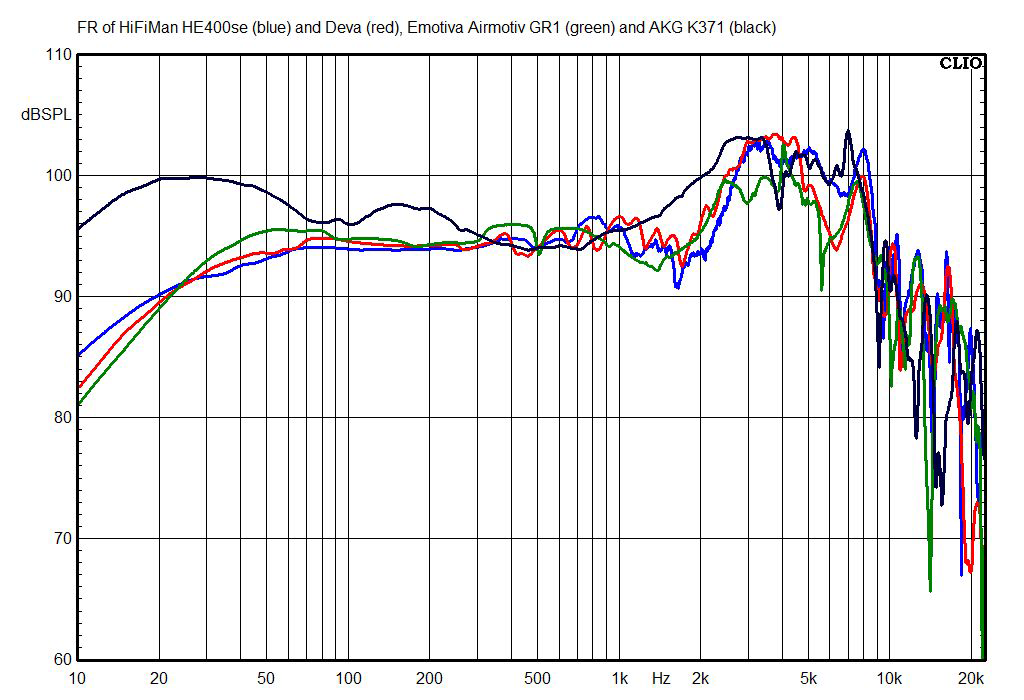 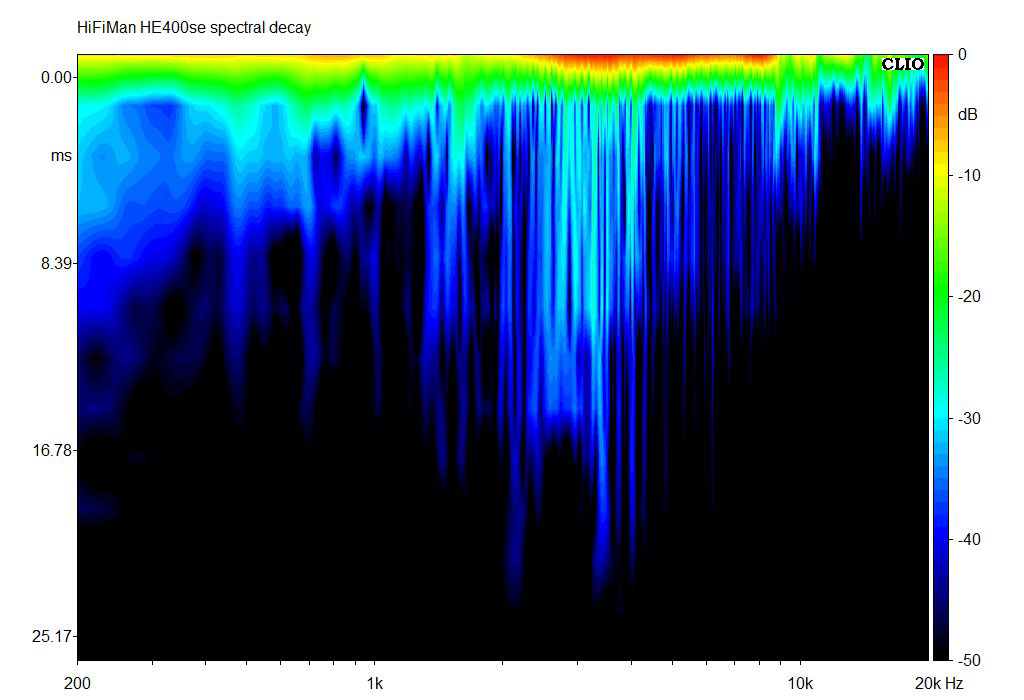 The spectral-decay plot (measured in wired mode) for the HE400se’s shows the usual “hash” of very high-Q, low-level resonances in the upper midrange and lower treble, which I believe is caused by comb-filter effects of the sound bouncing back and forth between the flat planar driver and the flat plate of the ear/cheek simulator. The only planar-magnetic models I’ve tested that don’t show this effect are recent models from Dan Clark Audio. Regardless, either it’s sonically insignificant, or maybe it contributes to a greater sense of “air” and spaciousness. 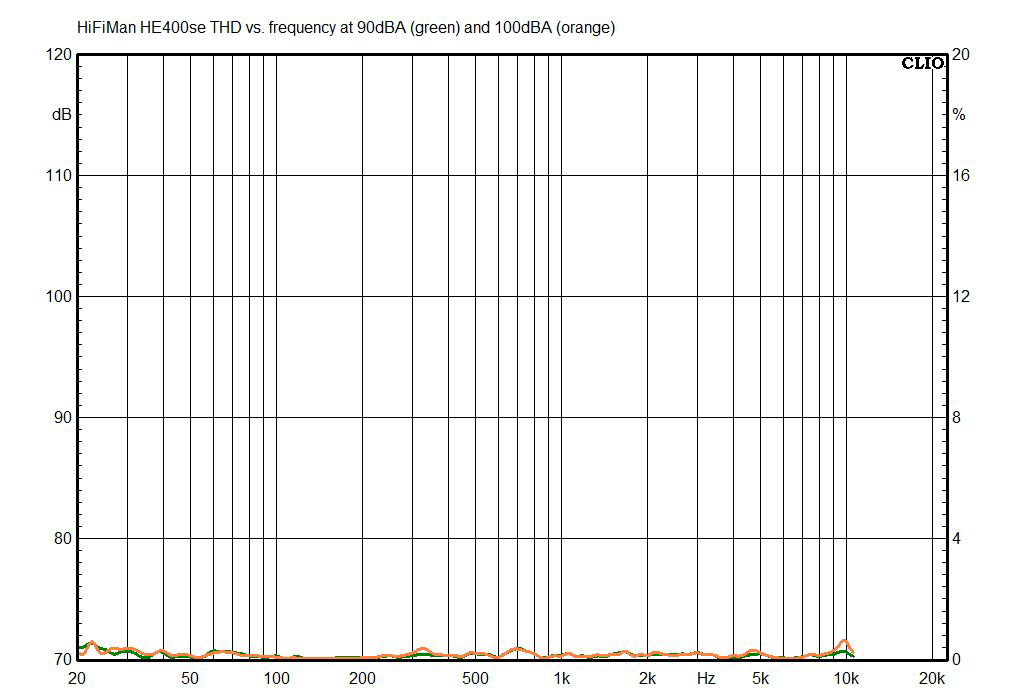 The total harmonic distortion of the HE400se headphones is very low when measured with the Schiit Magnius amp, which is typical of planar-magnetic headphones. Note that when I measured at 100dBA (level set with pink noise) using the Musical Fidelity V-CAN, distortion hit about 20% in the midrange because the amp clipped, due to the headphones’ low sensitivity. 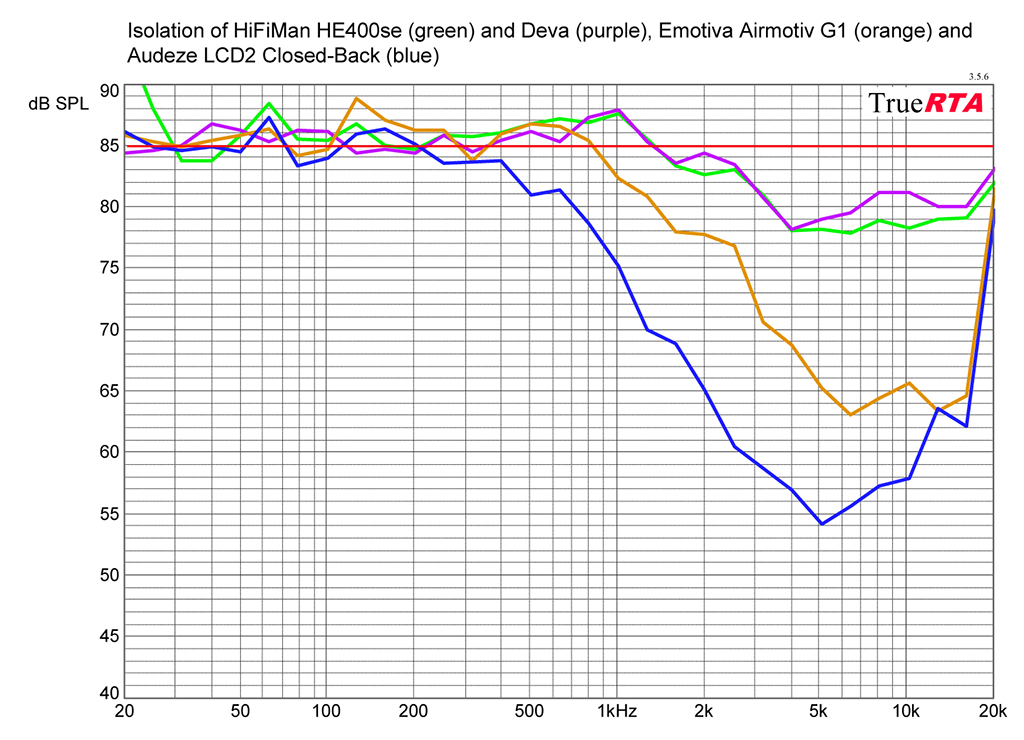 In this chart, the external noise level is 85dB SPL, and numbers below that indicate the degree of attenuation of outside sounds. The lower the lines, the better the isolation. As you can see, there’s almost no isolation at all; outside sounds pretty much come right in. I included the Audeze LCD2 Closed-Back headphones so you can see how an audiophile closed-back design compares. 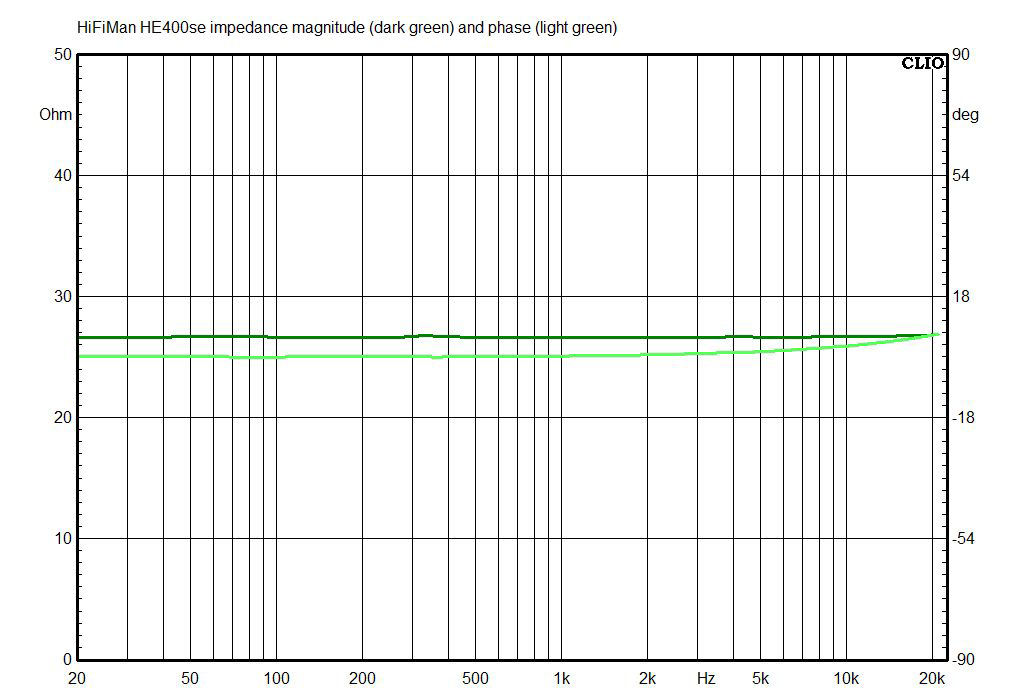 Sensitivity, measured between 300Hz and 3kHz, using a 1mW signal calculated for 25 ohms rated impedance, is 86.6dB. (It’s rated at 91dB, test conditions not specified.) So these are definitely in the realm of “amp pretty much required.”

Bottom line: The HiFiMan HE400se headphones measure just like comparable HiFiMan models. Other than the low sensitivity, there are no concerns.