I measured the KEF Mu3 earphones using laboratory-grade equipment: a GRAS Model 43AG ear/cheek simulator with the RA0402 high-resolution ear simulator with KB5000/KB5001 simulated pinnae, and a Audiomatica Clio 12 audio analyzer. For isolation measurements, I used a laptop computer running TrueRTA software with an M-Audio MobilePre USB audio interface. An Mpow BH259A Bluetooth transmitter was used to send signals from the Clio 12 to the earphones. These are “flat” measurements; no diffuse-field or free-field compensation curve was employed. Note that my usual impedance and sensitivity measurements are irrelevant for wireless headphones, and impossible to do without disassembling them, and are thus not included here. If you’d like to learn more about what our measurements mean, click here. 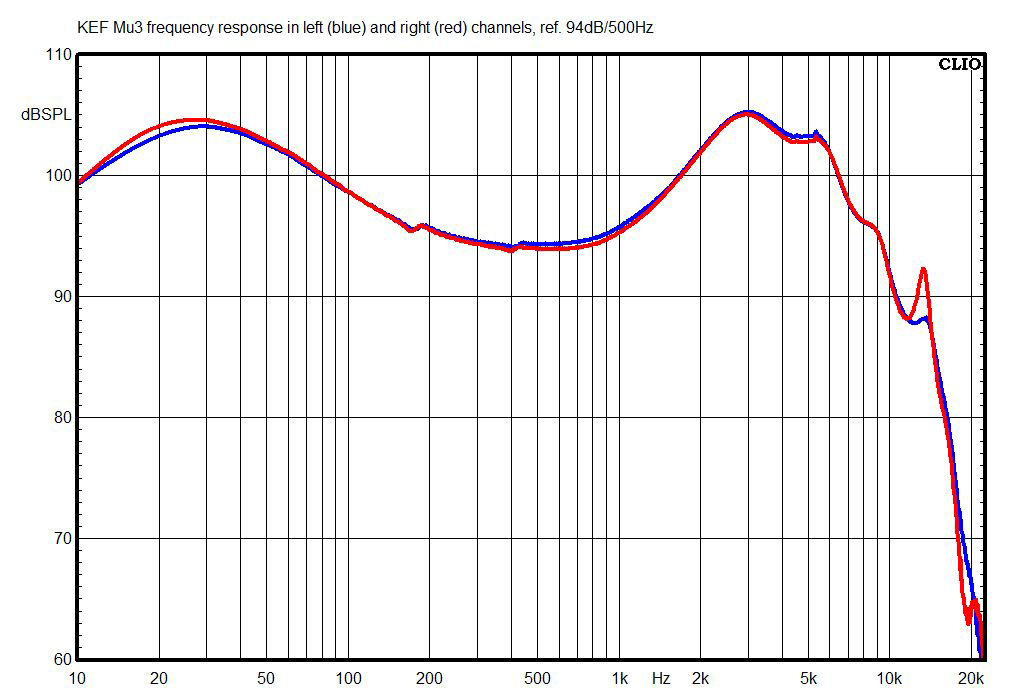 The above chart shows the Mu3s’ frequency response measured with the RA0402 ear simulator. The most interesting thing to see here is in the lower-midrange and bass response, which starts to rise below about 200Hz, rather than below 500Hz as in most earphones. This response corrects for the lower-midrange boominess and bloat generally noted in earphones and headphones, and which the Harman curve corrects. 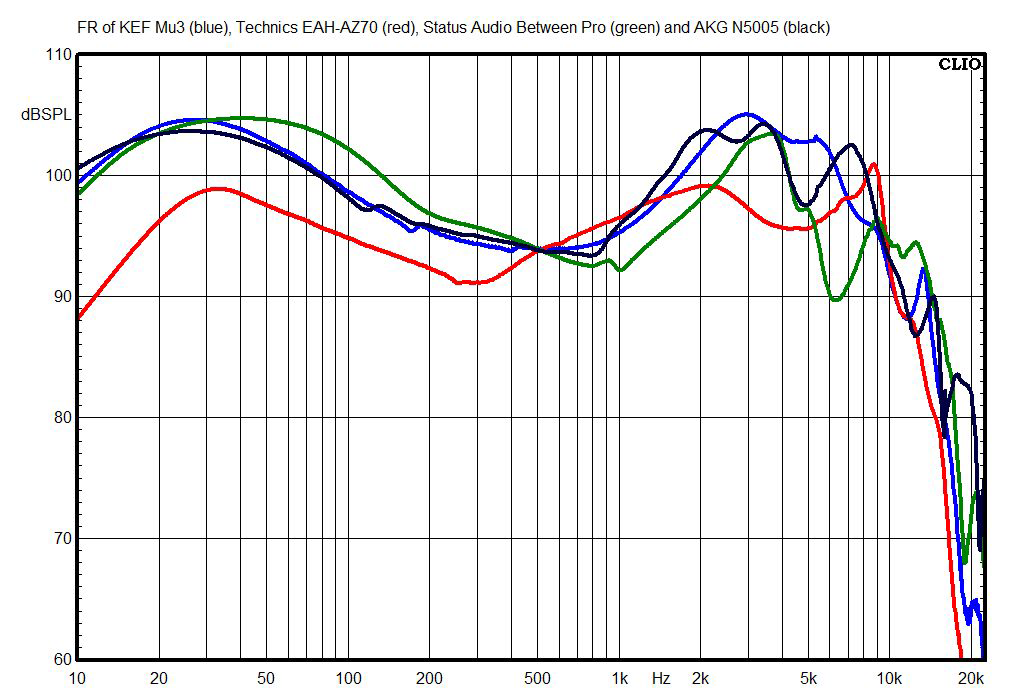 This chart shows the Mu3s’ right-channel response compared with other true wireless earphones (Technics EAH-AZ70Ws and Status Audio Between Pros), as well as with the AKG N5005s, the passive earphones said to best reflect the Harman curve. The Mu3s track the Harman curve more closely than any other earphones I’ve measured, other than the N5005s, although the KEFs have a little less energy at 2kHz and more between 5 and 7kHz. 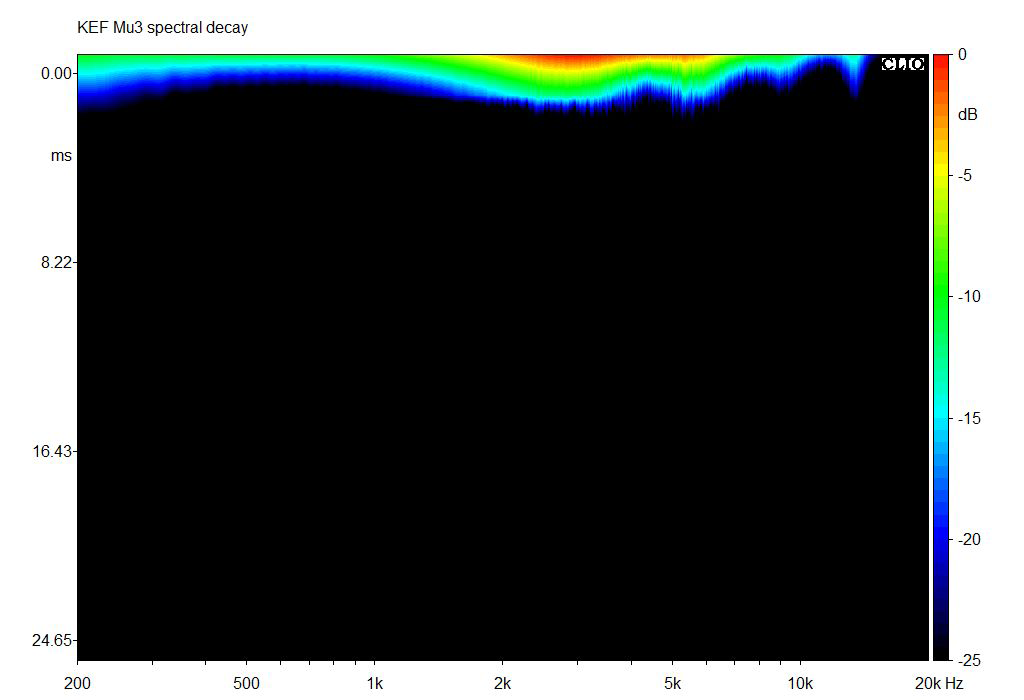 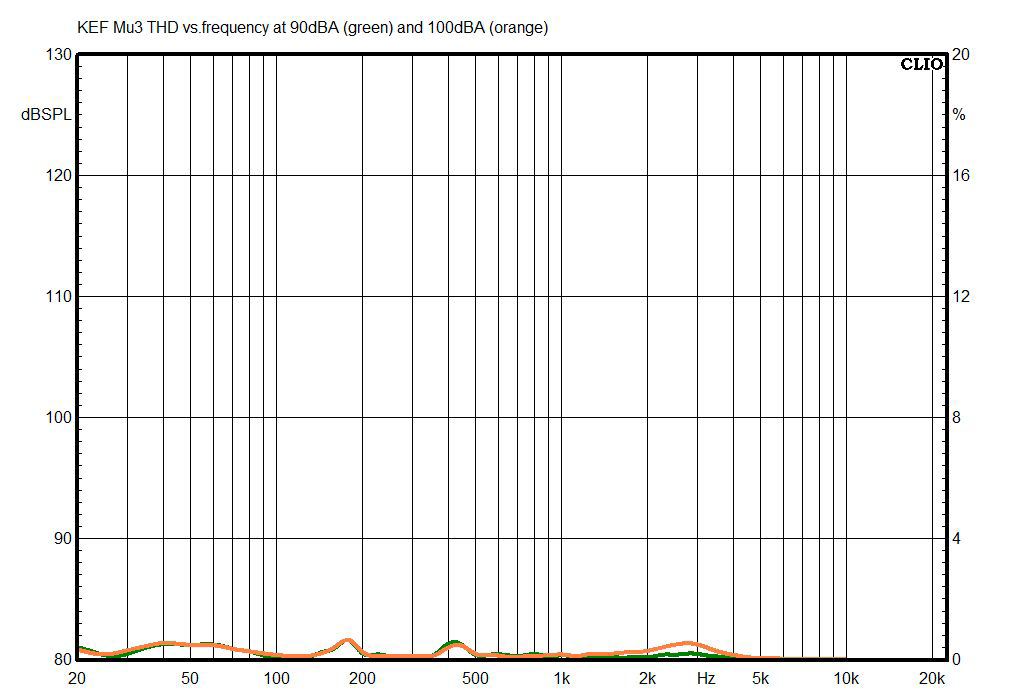 The Mu3s’ distortion is very low at the loud level of 90dBA (measured with pink noise), and barely any higher at the extremely loud level of 100dBA. 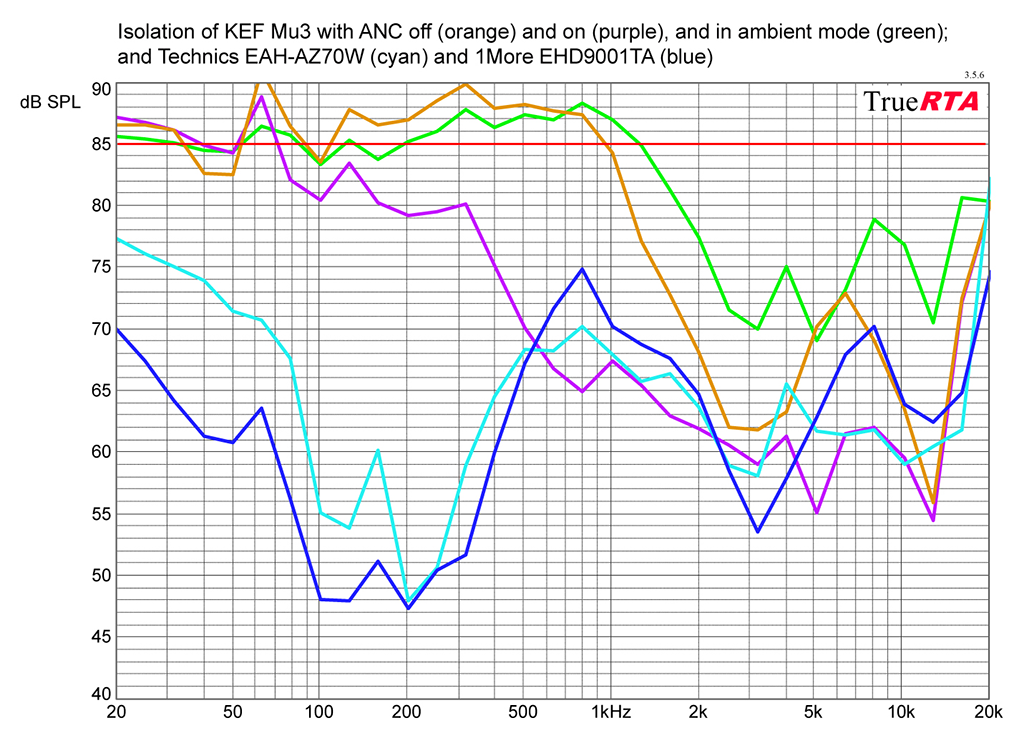 This chart shows the Mu3s’ isolation in its various modes (ANC on, ANC off, Ambient) versus two other true wireless models with ANC—the Technics EAH-AZ70W and the 1More EHD9001TA earphones, both of which have excellent noise canceling. The results with the KEFs’ ANC are strange, but correspond with what I heard. Rather than focusing on noise in the band between about 100 and 500Hz—where most airplane cabin noise resides and where ANC tends to be most effective—the Mu3s’ noise canceling is most effective above 300Hz. It doesn’t appear to me that much engineering effort was put into the Mu3s’ noise canceling. 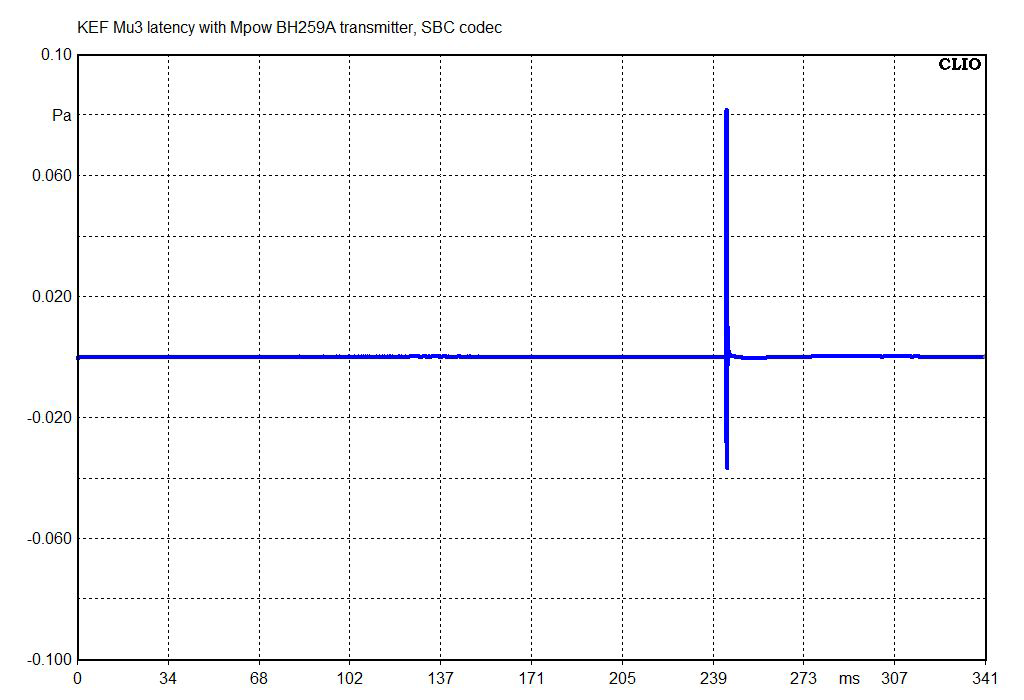 Latency with the Mu3s connected to the Mpow BH259A Bluetooth transmitter is 243ms. In this case, the SBC codec is used because the BH259A doesn’t have AAC, but AAC works much the same way as SBC and should have similar latency. The latency seen here is enough to create lip-sync problems when watching YouTube videos or playing video games, but that will also depend on the latency of the display you’re using.

Bottom line: The Mu3 earphones have generally excellent measured performance, with low distortion and resonance, and a frequency response clearly shown to correlate well with listener preferences. However, if you are a frequent traveler (or expect to return to frequent travel) and want noise-canceling earphones to fly with, I’d recommend you look elsewhere.