I measured the Master & Dynamic MH40 headphones using laboratory-grade equipment: a GRAS Model 43AG ear/cheek simulator/RA0402 ear simulator with KB5000/KB5001 simulated pinnae, and a Clio 10 FW audio analyzer. For isolation measurements, I used a laptop computer running TrueRTA software with an M-Audio MobilePre USB audio interface. An Mpow BH259A Bluetooth transmitter was used to send signals from the Clio 10 FW to the headphones. For wired measurements, the headphones were amplified using a Musical Fidelity V-CAN amplifier. These are “flat” measurements; no diffuse-field or free-field compensation curve was employed. If you’d like to learn more about what our measurements mean, click here. 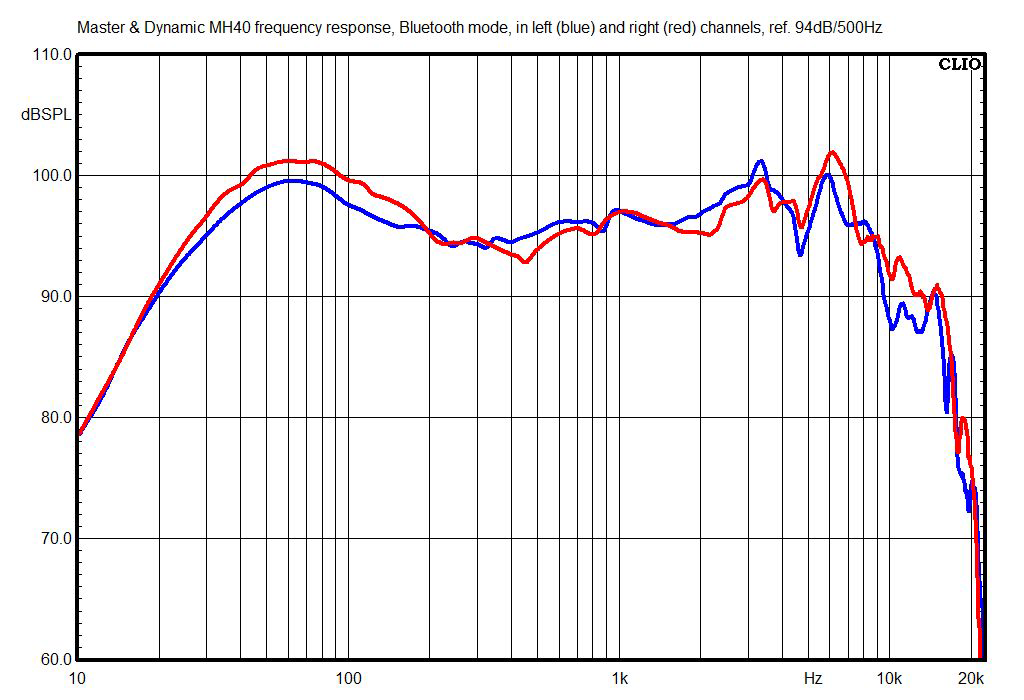 This chart shows the MH40s’ frequency response in Bluetooth mode. The only really unusual thing here is that the peak near 3kHz is a few dB lower in magnitude than we might normally see, which suggests it’s unlikely these headphones will sound bright.

Bluetooth latency of the MH40s used with the Mpow BH259A transmitter is just 37ms, which suggests the headphones are equipped with aptX Low Latency or aptX Adaptive rather than just the standard version of aptX. 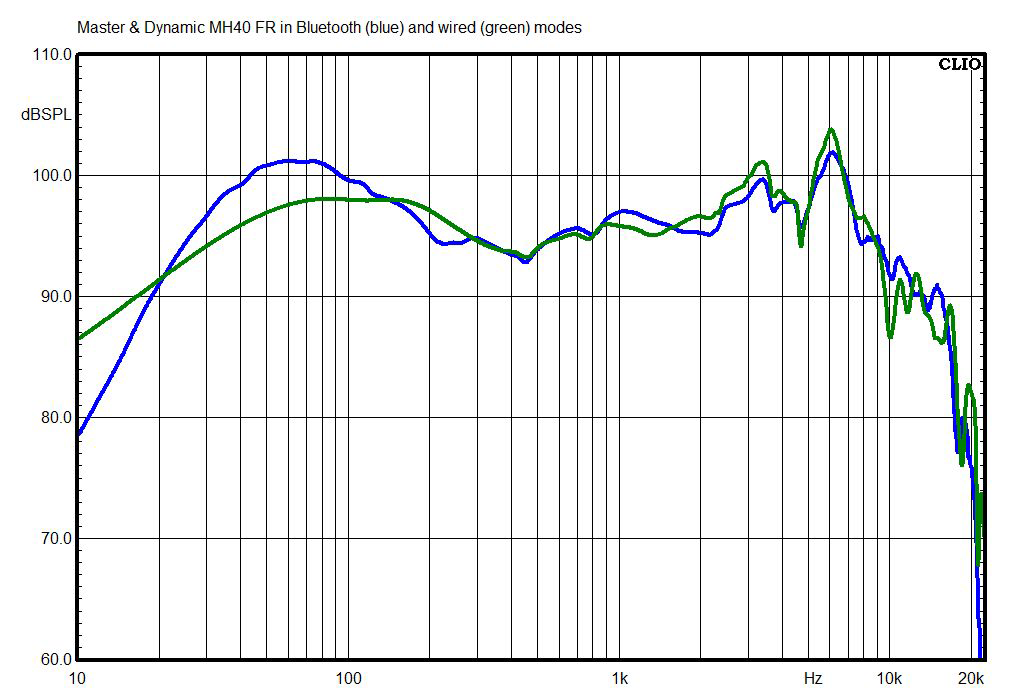 This chart shows how the MH40s’ tonal balance changes when they’re used in wired mode rather than Bluetooth mode. The shapes of the two curves are similar, but in wired mode you’ll get 3 to 4dB less bass and about 2dB more treble, so the sound will be thinner and brighter. 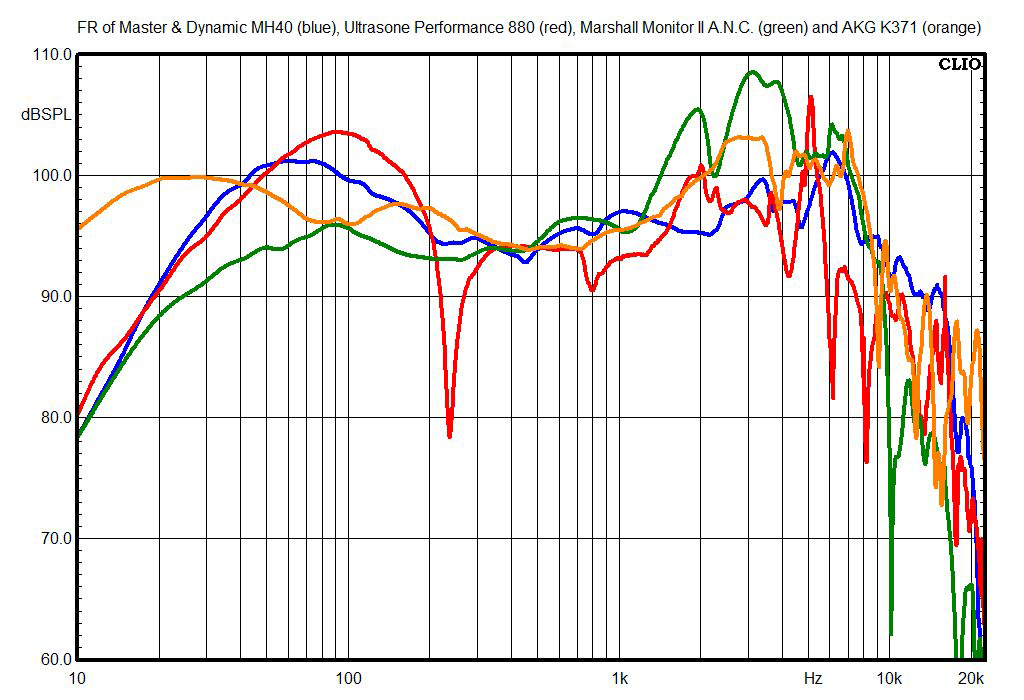 This chart shows the MH40s’ right-channel response compared with the AKG K371s’ response (headphones that come very close to the Harman curve response), the Marshall Monitor II A.N.C.s, in Bluetooth mode, and the Ultrasone Performance 880s with the Sirius Bluetooth adapter. You can see the relative weakness of the ~3kHz peak, but otherwise the MH40s are well within the realm of “normal.” 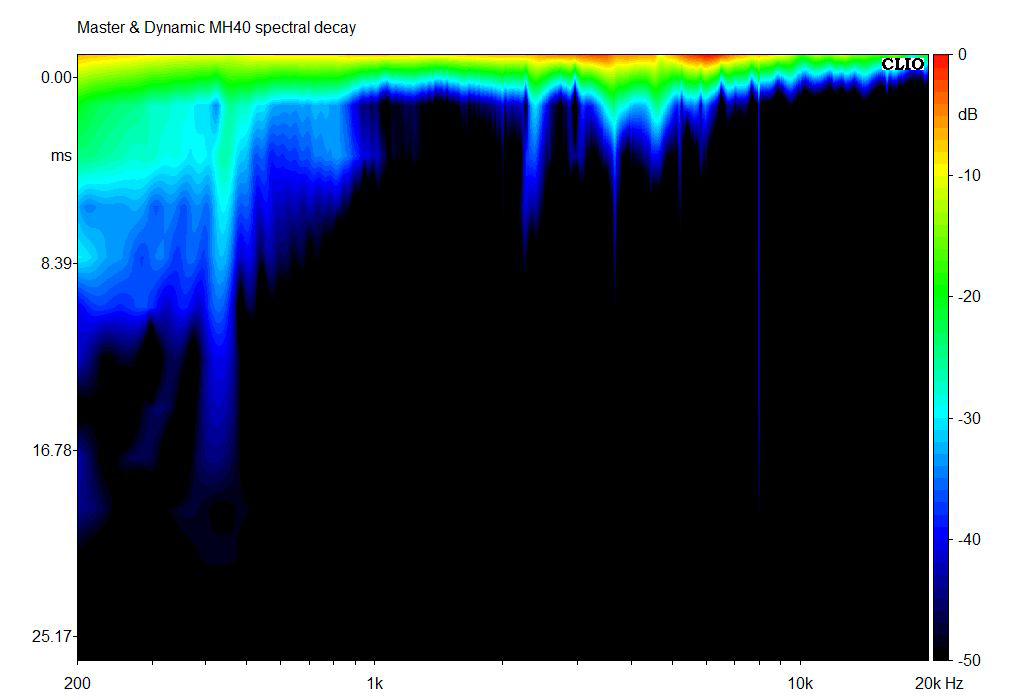 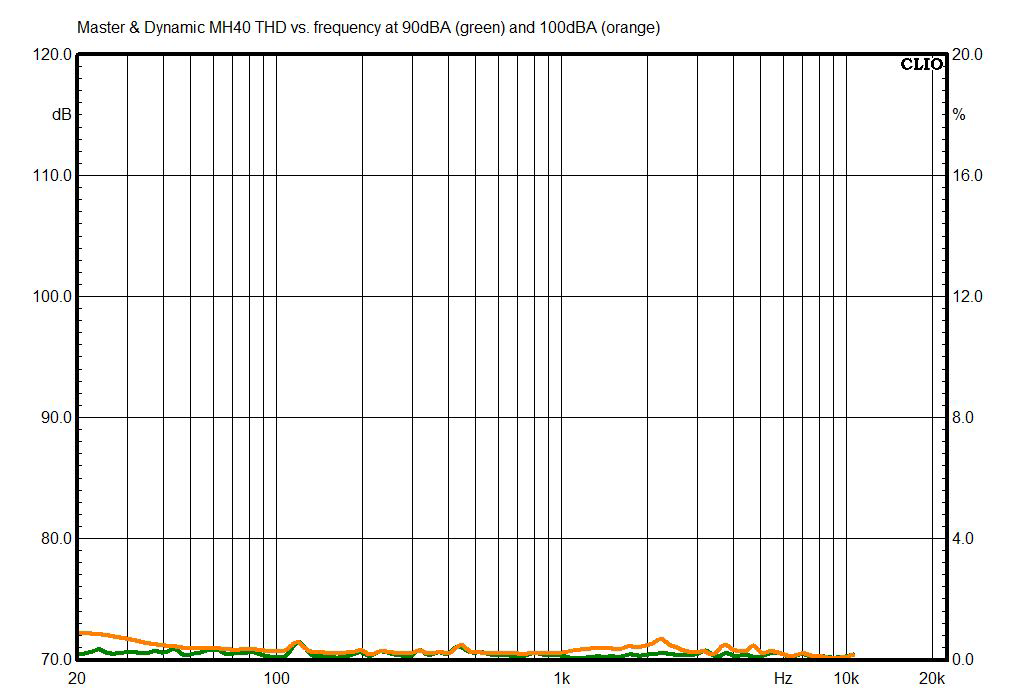 Even at the extremely loud level of 100dBA, the distortion (measured in wired mode) of the MH40s is insignificant. 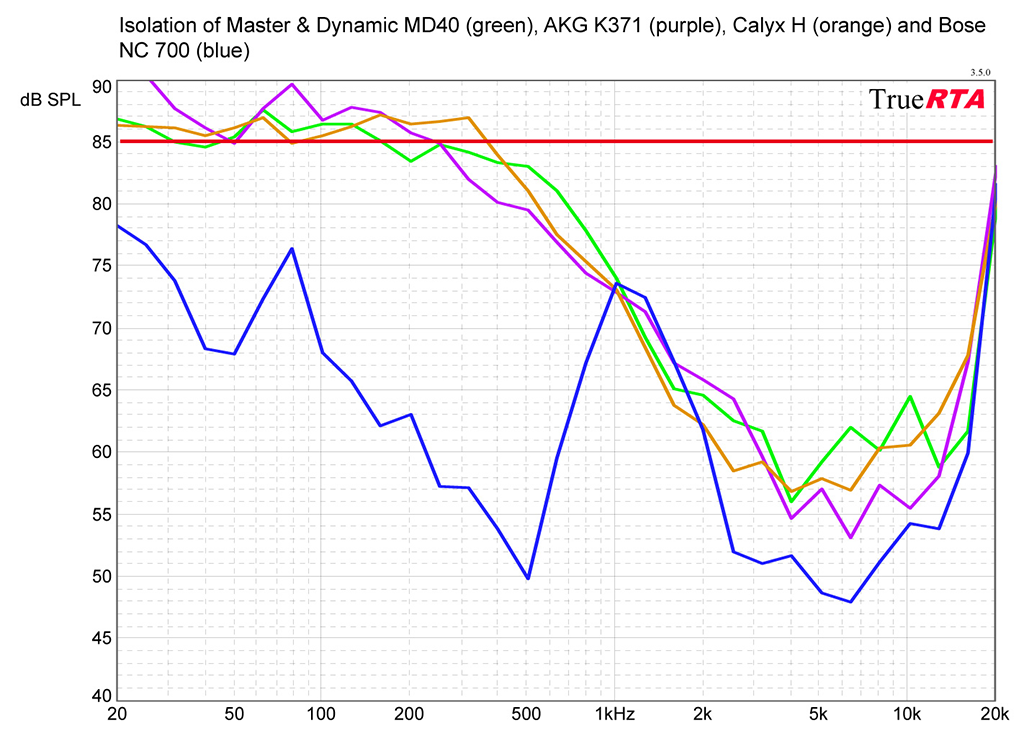 In this chart, the external noise level is 85dB SPL, and numbers below that indicate the degree of attenuation of outside sounds. The lower the lines, the better the isolation. The isolation of the MH40s is comparable to that of typical passive on-ear and over-ear models. I threw in the Bose NC 700 headphones with noise canceling on so you can see how a model with excellent noise canceling would compare. 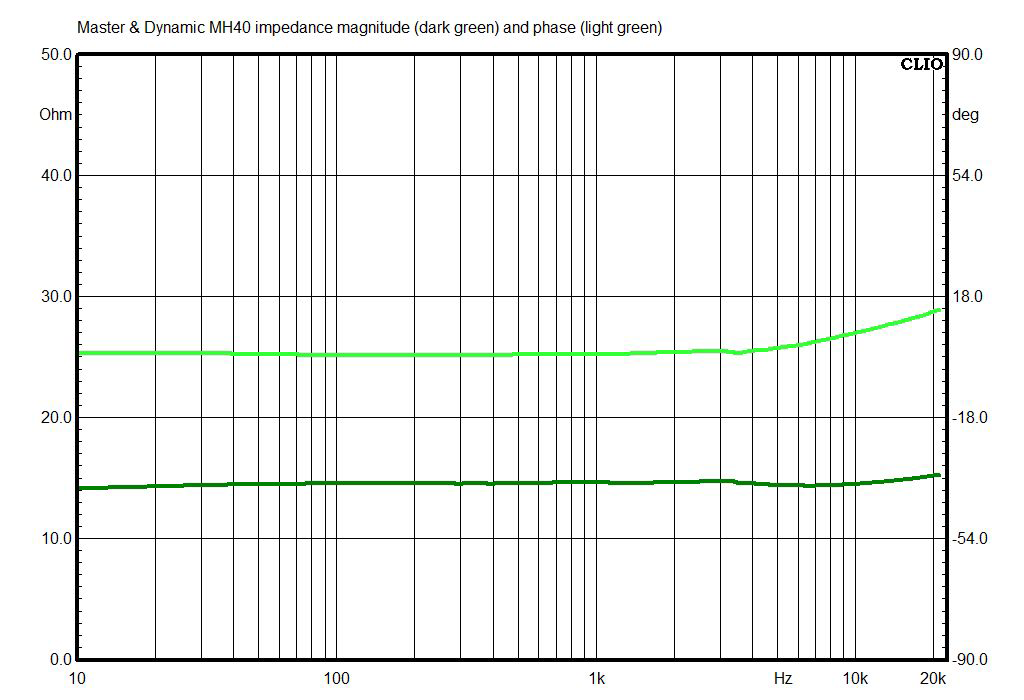 In wired model, the MH40s’ impedance magnitude is fairly flat, running between 18 and 20 ohms (although only about half the rated 32 ohms), and the impedance phase angle is also mostly flat.

Sensitivity of the MH40s in wired mode, measured between 300Hz and 3kHz, using a 1mW signal calculated for 32 ohms rated impedance, is 104.6dB, so any source device should be able to get plenty of volume from them in wired mode.

Bottom line: Other than a little less energy than expected around 3kHz, which will likely give the MH40s a somewhat mellow sound, this is a well-designed, well-built set of headphones.