I measured the Calyx H headphones using laboratory-grade equipment: a GRAS Model 43AG ear/cheek simulator/RA0402 ear simulator with KB5000/KB5001 simulated pinnae, and a Clio 10 FW audio analyzer. For isolation measurements, I used a laptop computer running TrueRTA software with an M-Audio MobilePre USB audio interface. The headphones were amplified using a Schiit Audio Magnius. These are “flat” measurements; no diffuse-field or free-field compensation curve was employed. If you’d like to learn more about what our measurements mean, click here. 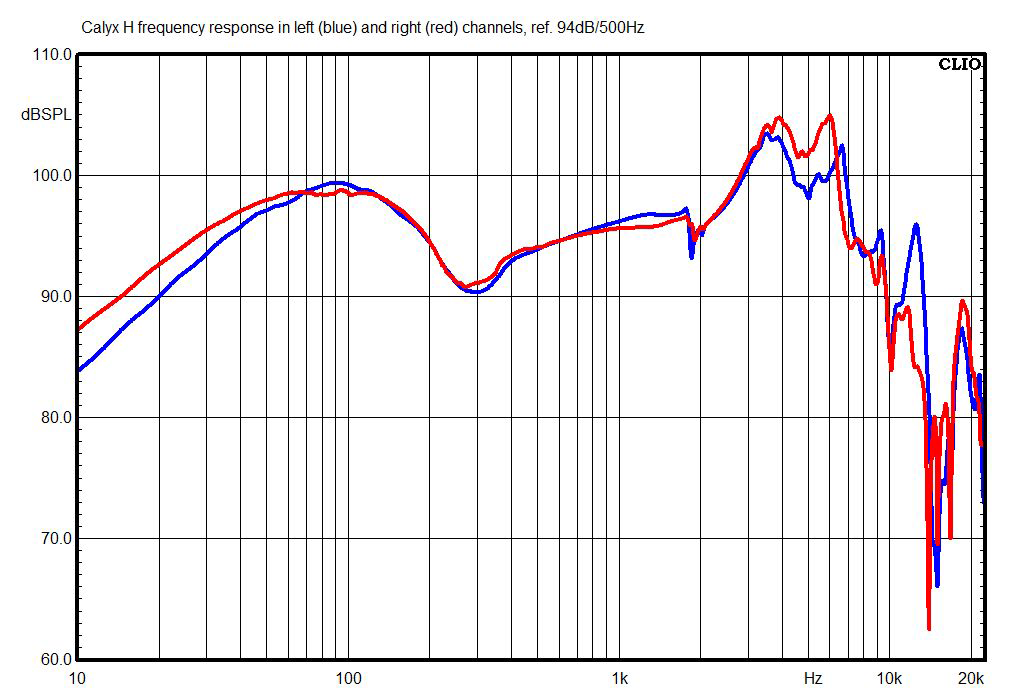 This chart shows the Calyx H headphones’ frequency response. It’s pretty straightforward and by the book, with two exceptions: a bass rolloff below about 90Hz, and the peaks at 4kHz and 6kHz would normally be about 1kHz lower. 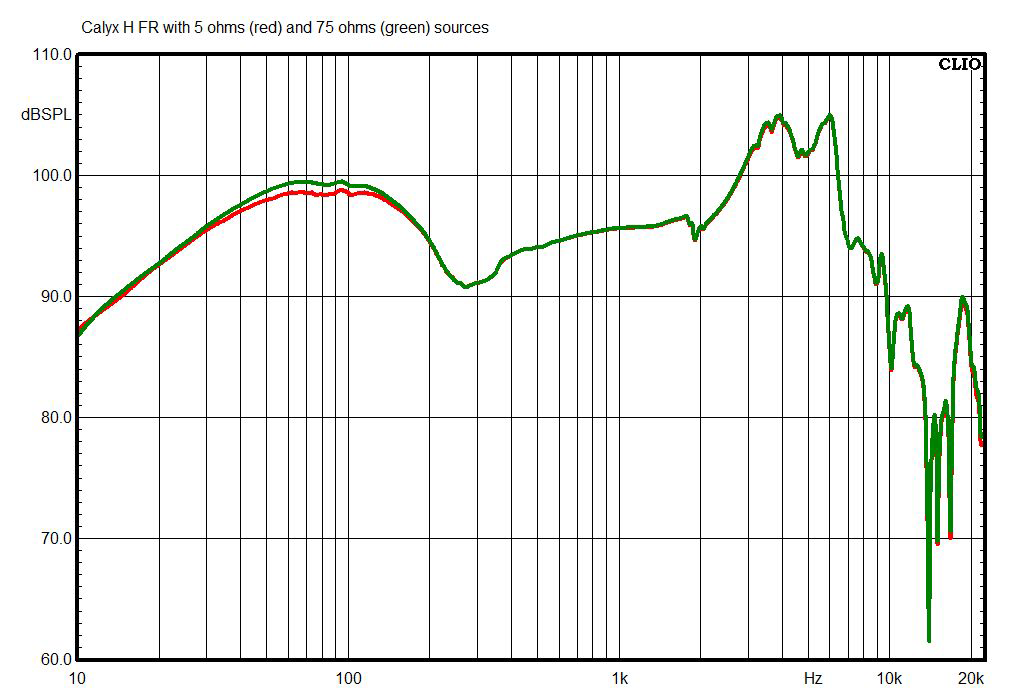 This chart shows how the Calyx Hs’ tonal balance changes when they’re used with a high-impedance (75 ohms) source, such as a cheap laptop or some cheap professional headphone amps, or some exotic tube amps. It’s a very small difference, just a 1dB boost in the bass, centered at about 70Hz. 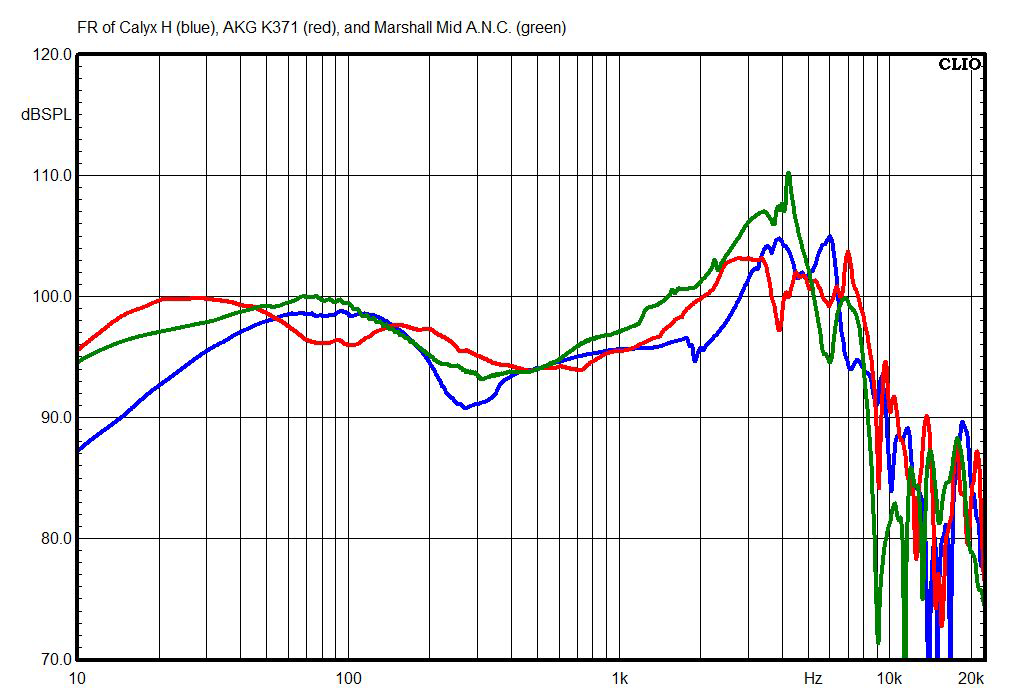 This chart shows the Calyx Hs’ right-channel response compared with the AKG K371s’ response (headphones that come very close to the Harman curve response) and the Marshall Mid A.N.C. headphones’ response in passive/wired mode (one of the few on-ear models for which I have measurements and that I liked a lot). The Calyx Hs’ response isn’t that strong in the bass, but it’s otherwise pretty standard stuff. 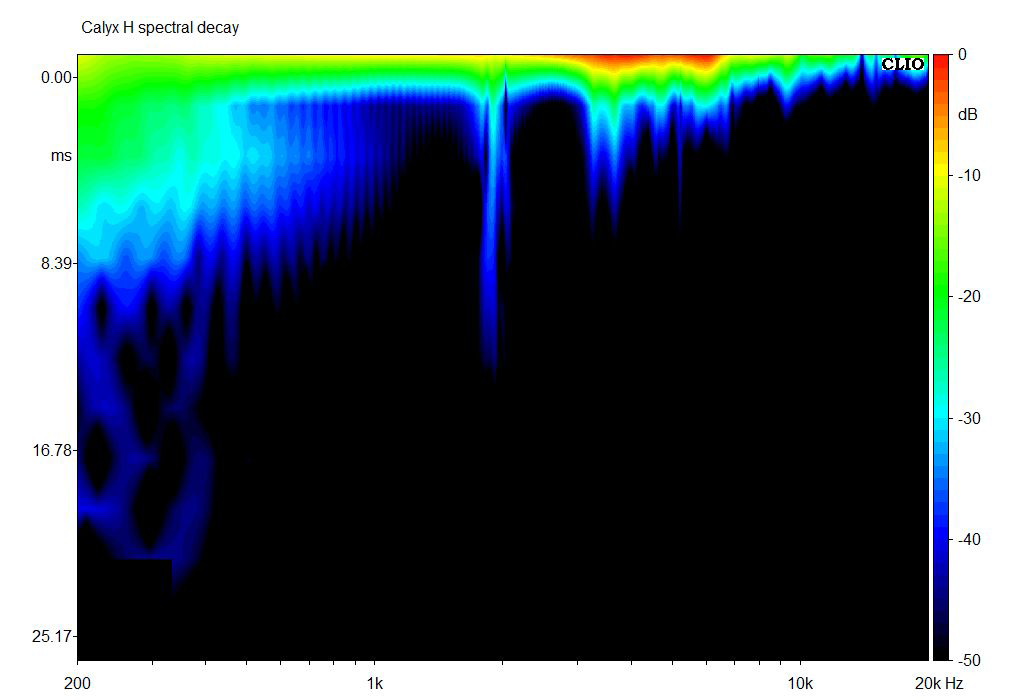 The Calyx Hs’ spectral-decay plot shows one very narrow resonance at about 1.8kHz, which does correspond to a little cancellation peak/dip in the frequency response. Considering how narrow that peak and dip are, and that they’re only a couple dB in magnitude, I doubt they’d be audible. 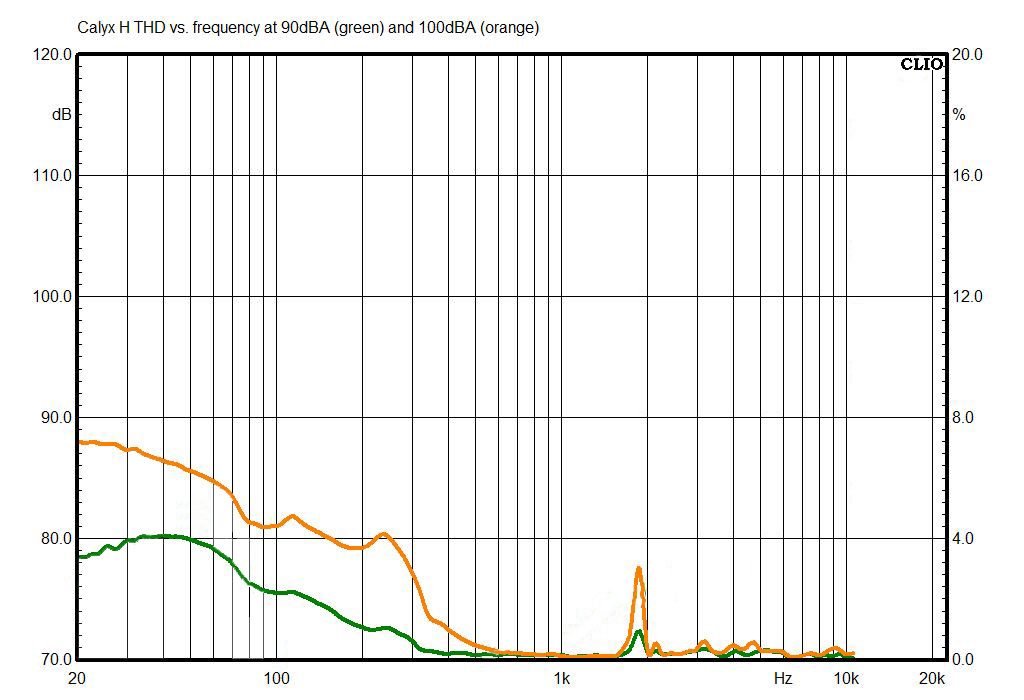 Harmonic distortion is a little high in the Calyx Hs—mostly in the bass, and probably because of that bass rolloff, because from an acoustical standpoint these headphones struggle to reproduce deep bass. Distortion starts to hit below about 300Hz, and maxes out between 2.5% and 4% at the loud level of 90dBA (measured with pink noise), and 5% to 9% at the crazy-loud level of 100dBA. Notice also the narrow spike at about 1.8kHz, which corresponds with the anomalies I noted in the frequency response and spectral decay. 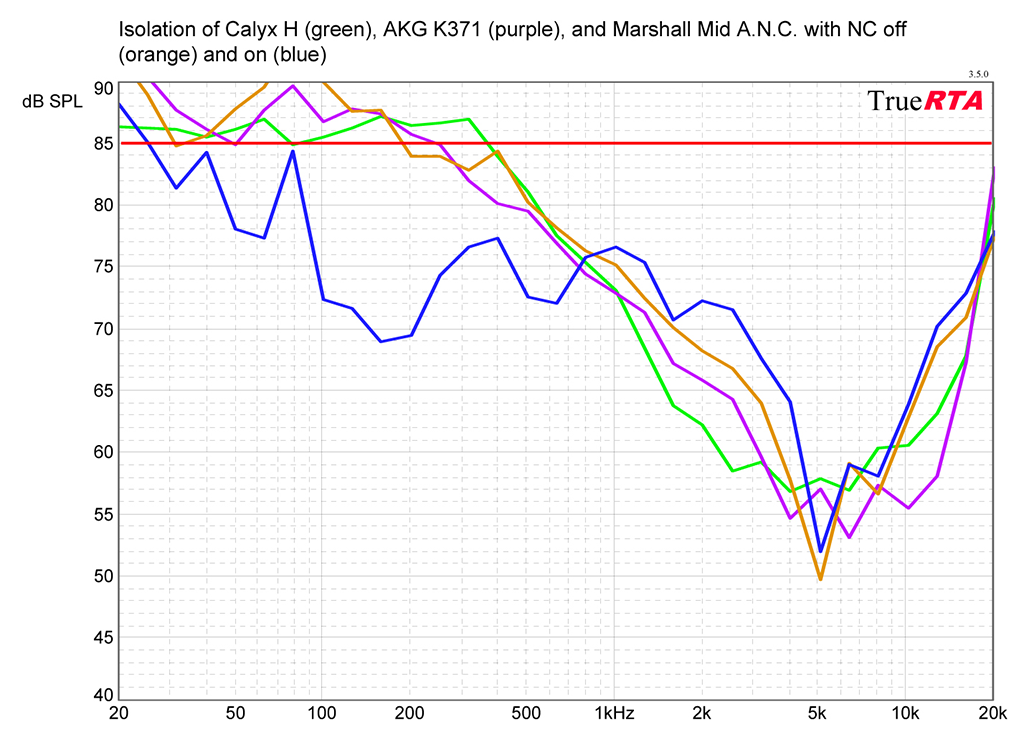 In this chart, the external noise level is 85dB SPL, and numbers below that indicate the degree of attenuation of outside sounds. The lower the lines, the better the isolation. The isolation of the Calyx Hs is comparable to that of typical passive on-ear and over-ear models. I threw in the Marshall Mid A.N.C. headphones with noise canceling on so you can see how a model with noise canceling would compare. 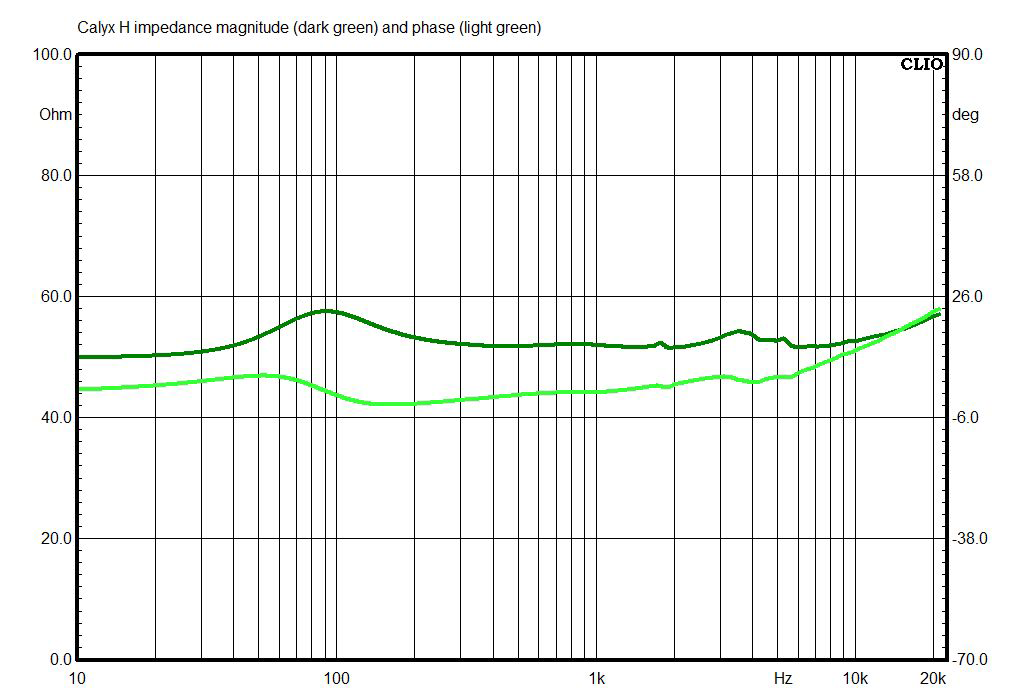 The Calyx Hs’ impedance magnitude is fairly flat, running between 50 and 58 ohms, and the impedance phase angle is also largely flat.

Sensitivity of the Hs, measured between 300Hz and 3kHz, using a 1mW signal calculated for 50 ohms rated impedance, is 105.1dB, so pretty much any source device can get plenty of volume from them.

Bottom line: The Calyx H headphones generally measure pretty well, although deep bass response isn’t strong and distortion is a little high, so they’re not for bassheads—but what on-ear headphones are?