I measured the HEDDphones using laboratory-grade equipment: a G.R.A.S. Model 43AG ear/cheek simulator/RA0402 ear simulator with KB5000/KB5001 simulated pinnae, and a Clio 10 FW audio analyzer. For isolation measurements, I used a laptop computer running TrueRTA software with an M-Audio MobilePre USB audio interface. The headphones were amplified using a Musical Fidelity V-CAN and an Audio-gd NFB1-AMP. These are “flat” measurements; no diffuse-field or free-field compensation curve was employed. If you’d like to learn more about what our measurements mean, click here. 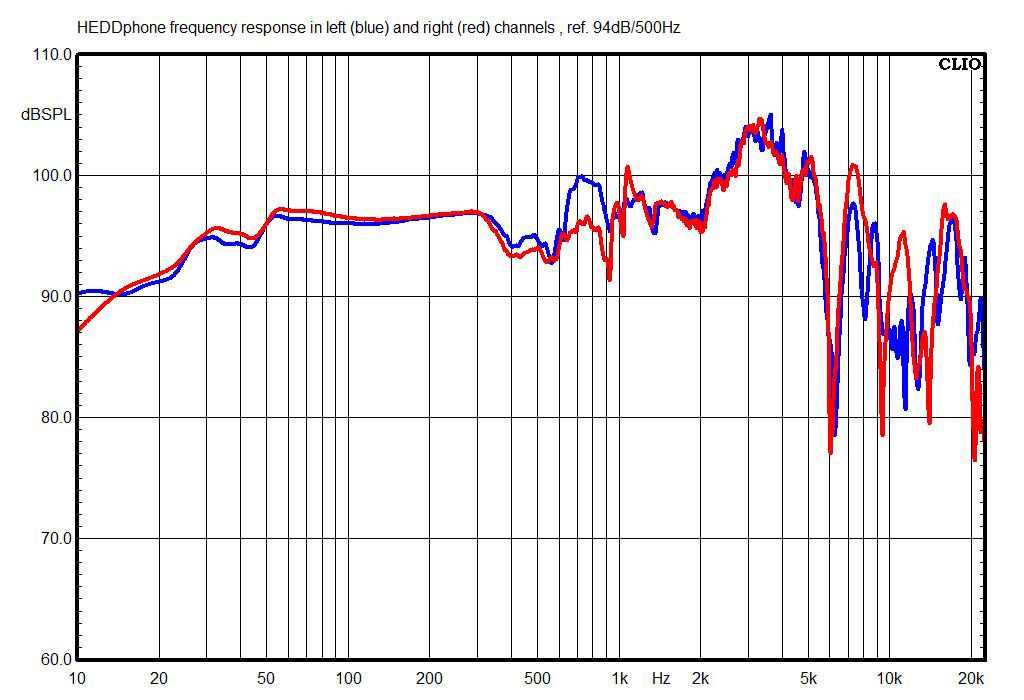 The first chart shows the frequency response. Considering that this is the first application of a full-range AMT driver to headphones, the response looks surprisingly normal, much like what I expect to see from open-back planar-magnetic headphones. The only thing that grabs my eye is the roughly +2dB plateau between 50 and 300Hz, which corresponds with my notes that there’s a little too much energy in the 200Hz region. 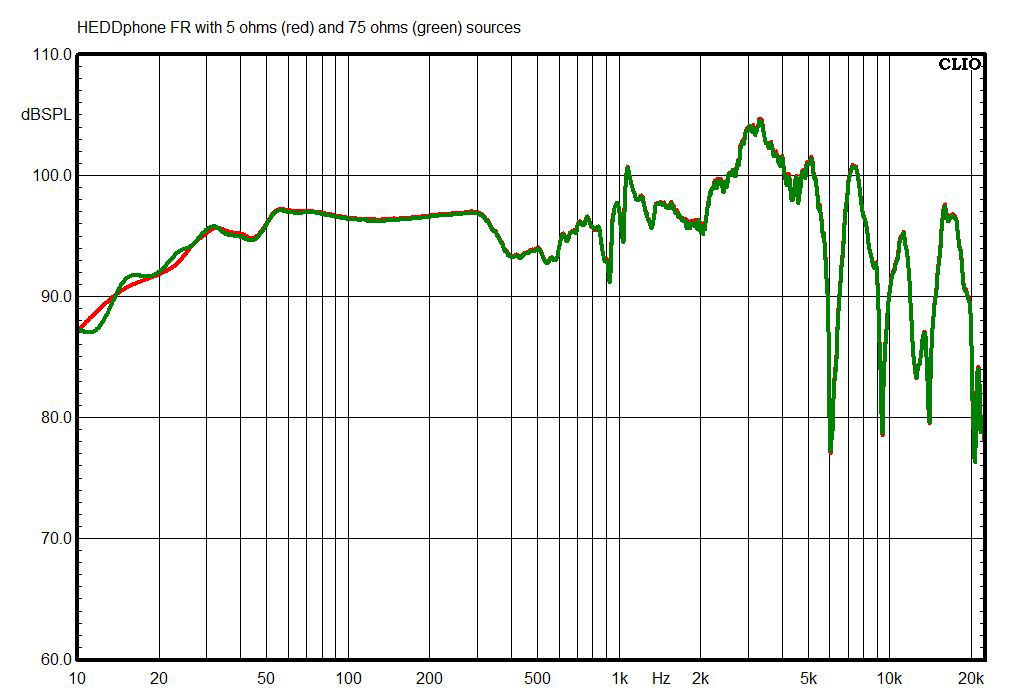 This chart shows how the HEDDphones’ tonal balance changes when they’re used with a high-impedance (75 ohms) source, such as a cheap laptop or some cheap professional headphone amps, or some exotic tube amps. There’s no significant difference, so the tonal balance of the HEDDphones won’t vary when you change amplifiers, unless of course the amplifier’s tonal balance varies. 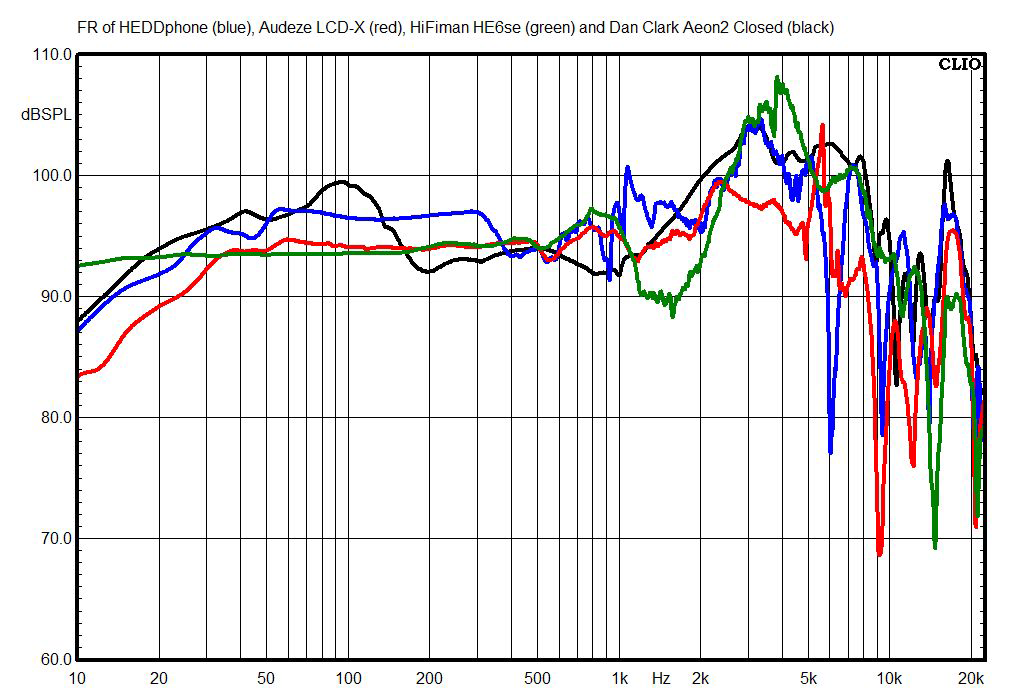 This chart shows the HEDDphones’ right-channel response compared with several planar-magnetic headphones -- including the Dan Clark Audio Æon 2 Closeds, which are the planar headphones I’ve found to measure closest to the Harman curve, when they are used with the optional perforated earpads. The HEDDphones’ response is generally similar to that of the planar models, except for that elevated region between 50 and 200Hz; note that the Æon 2 Closeds have more bass at 100Hz, but just as they would in a Harman curve model, the output drops sharply by 200Hz. The HEDDphones also have a bit of an energy spike around 1kHz, of which I’ll say more shortly. 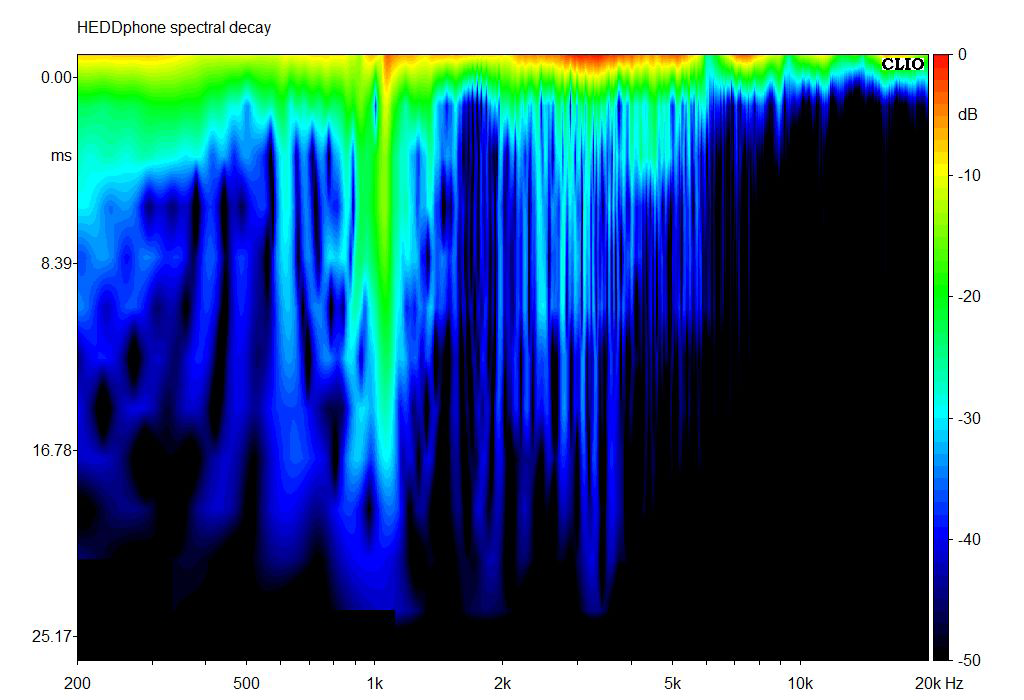 The HEDDphones’ spectral-decay plot shows a lot of hash, or very high-Q resonances or reflections, between 2 and 3kHz; I see this result in most planar-magnetic headphones, but here the reflections/resonances are better-damped, probably because the ribbon is pleated rather than flat. However, there’s a roughly 1/3-octave-wide resonant spike centered just above 1kHz, which corresponds with the spike I measured in the right-channel frequency response. I didn’t notice it in my listening, but it should be audible; perhaps I just didn’t find the right test track. 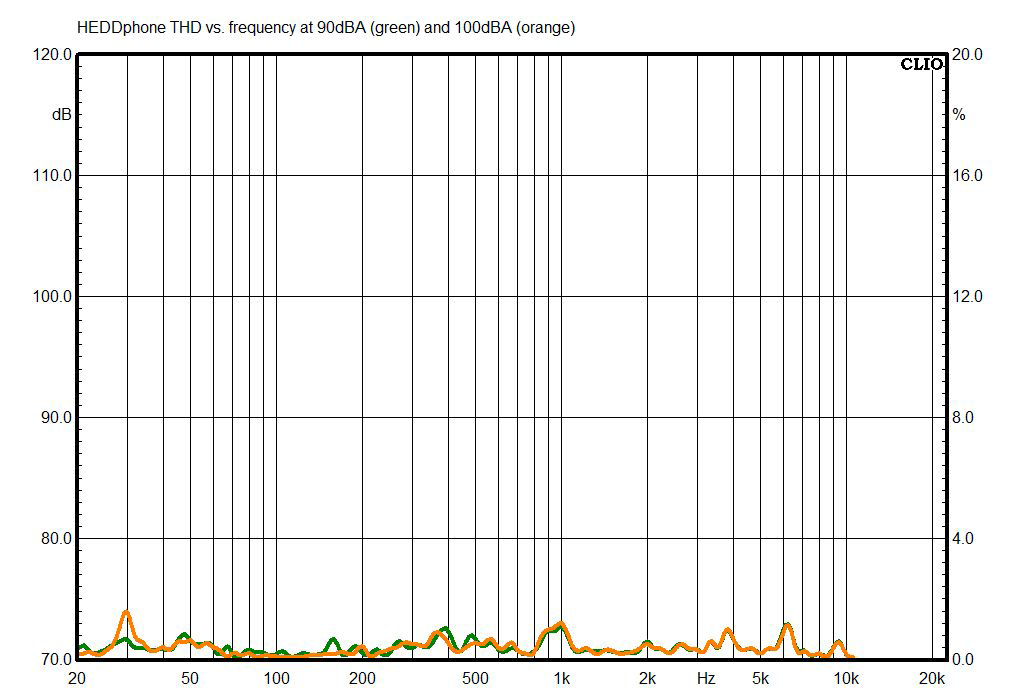 Distortion in the HEDDphones is low, running at or below 1% through almost the entire audio range at both of the testing levels I use; the distortion might look slightly higher in the 90dBA (green) trace than in the 100dBA trace, but that’s because the lower test signal level at 90dBA makes that measurement more susceptible to noise. 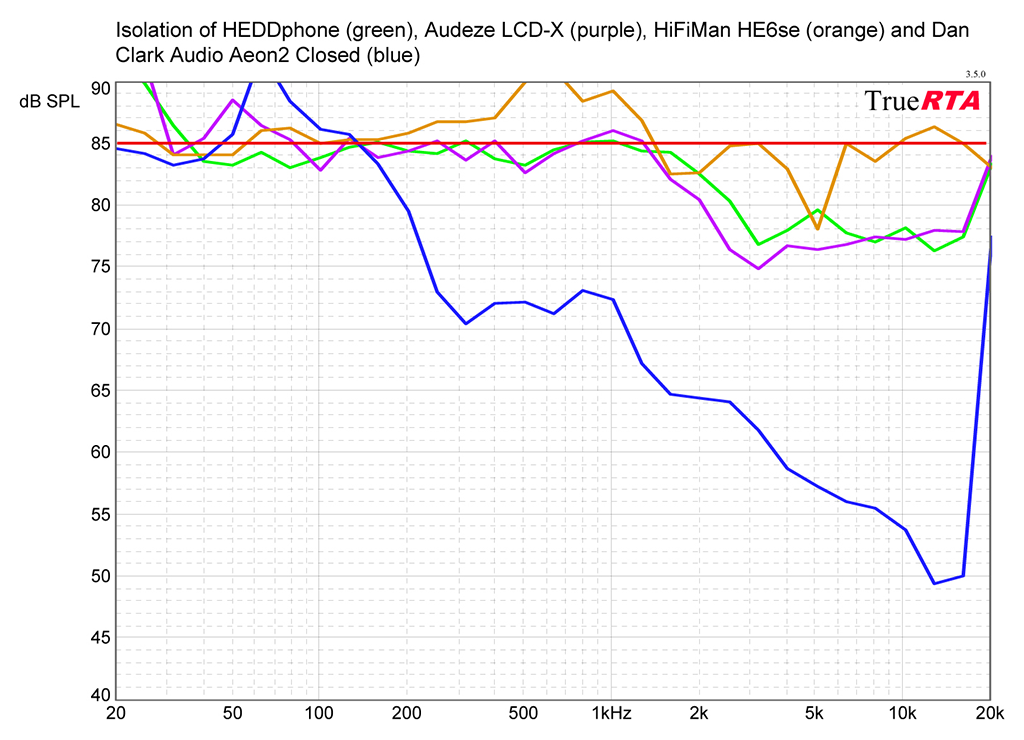 In this chart, the external noise level is 85dB SPL, and numbers below that indicate the degree of attenuation of outside sounds. The lower the lines, the better the isolation. The isolation of the HEDDphones is comparable to that of open-back planar-magnetic headphones. I threw in the Dan Clark Audio Æon 2 Closeds so you could see how a high-end closed-back model performs on this test. 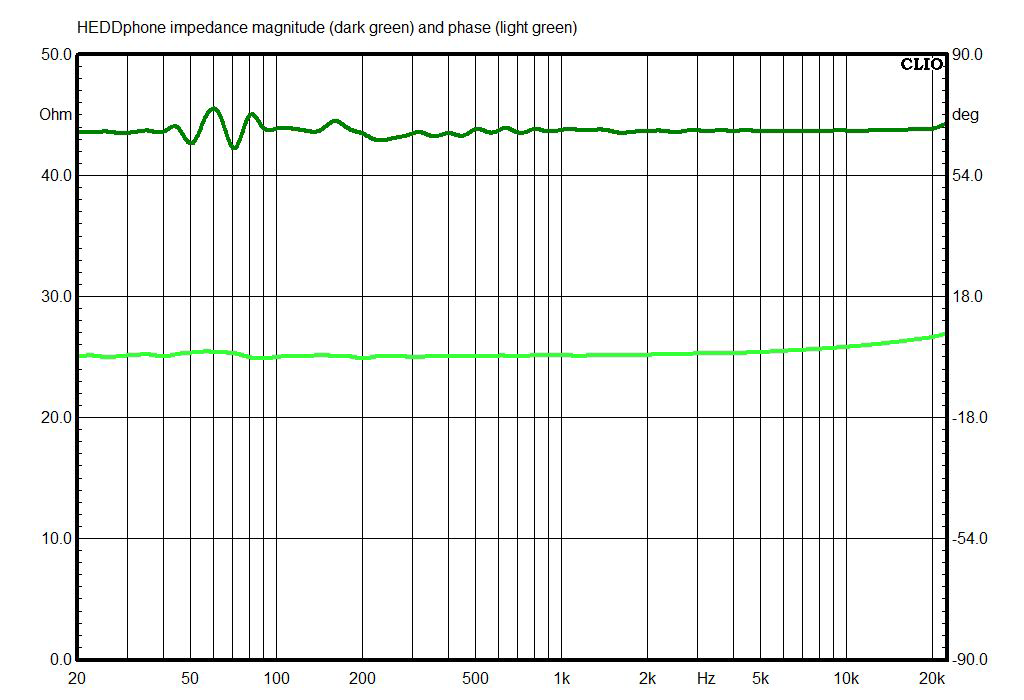 The HEDDphones’ impedance magnitude is just about dead-flat at 43.5 ohms, and its phase curve is also quite flat.

Sensitivity of the HEDDphones, measured between 300Hz and 3kHz, using a 1mW signal calculated for 42 ohms rated impedance, is 86.8dB, which indicates you’ll need to drive these with an external amp or DAC-amp, or a high-quality portable music player.