I measured the iFi Audio Hip-dac using Audiomatica Clio FW 10, QuantAsylum QA401, and Neutrik ML-1 audio analyzers, and TrueRTA spectrum analyzer software. Note that my focus with these tests is on measurements that confirm these devices’ basic functionality.

In addition to Diego Estan’s SoundStage! Solo review, I’ll state that I have been using the Hip-dac for a few months and have found that it sounds very good and can deliver excellent sound quality with all my headphones (including the very-low-sensitivity HiFiMan HE6se open-back headphones, which, with most music recordings, it can drive to a moderately loud level at full volume). The only problem I had with it is that the USB connection with the supplied cable was sometimes intermittent with my Lenovo laptop, a problem I attribute to the cable. 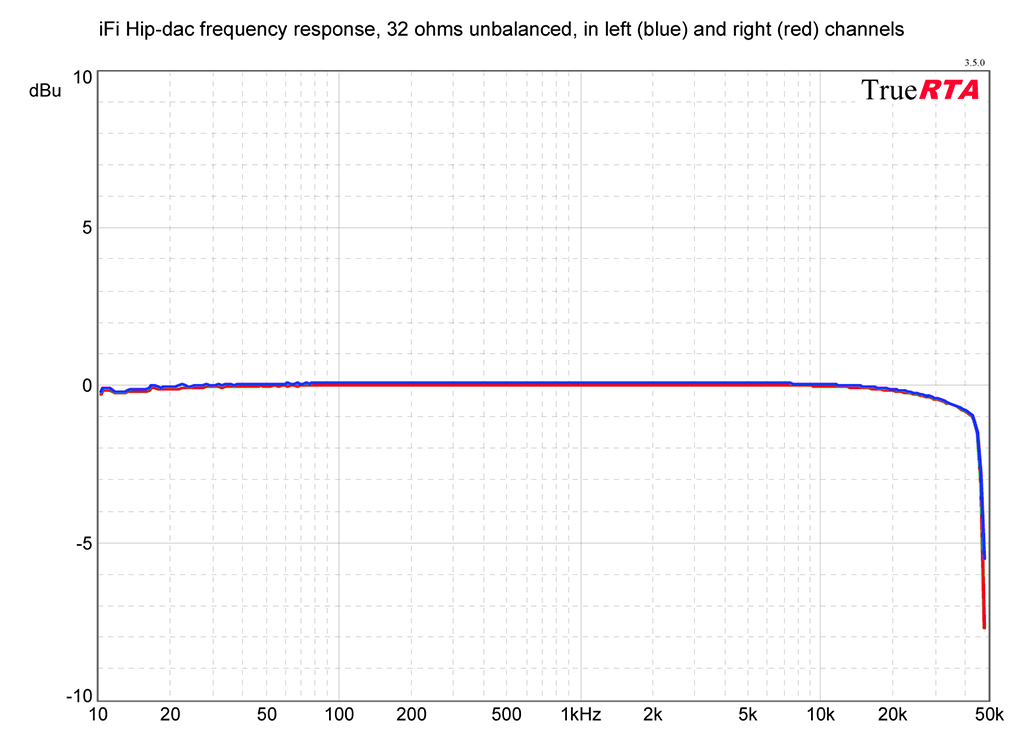 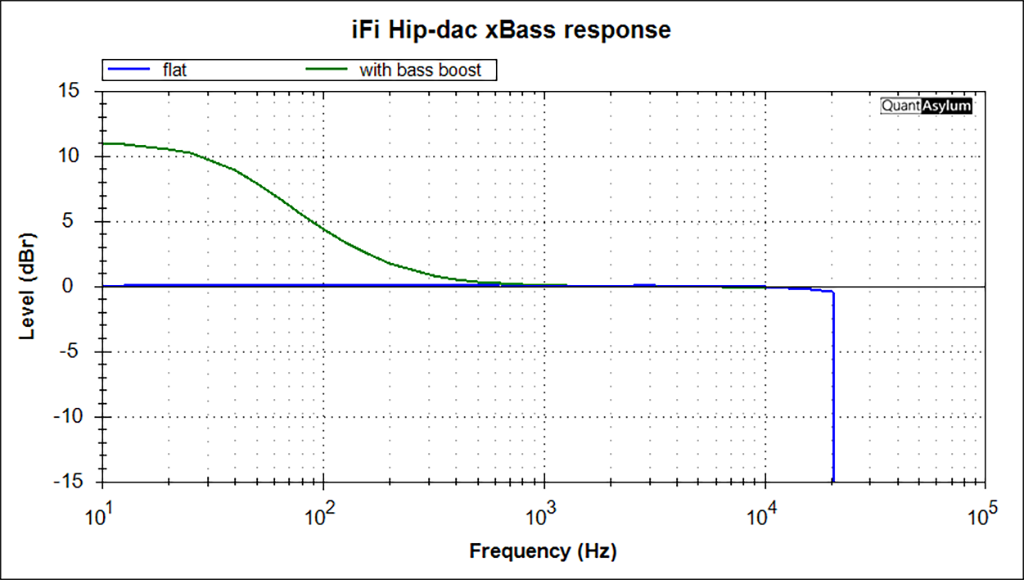 This chart shows the function of the xBass button. The bass boost starts to happen below 300Hz or so, rising to 4.5dB at 100Hz and 11dB at 20Hz. 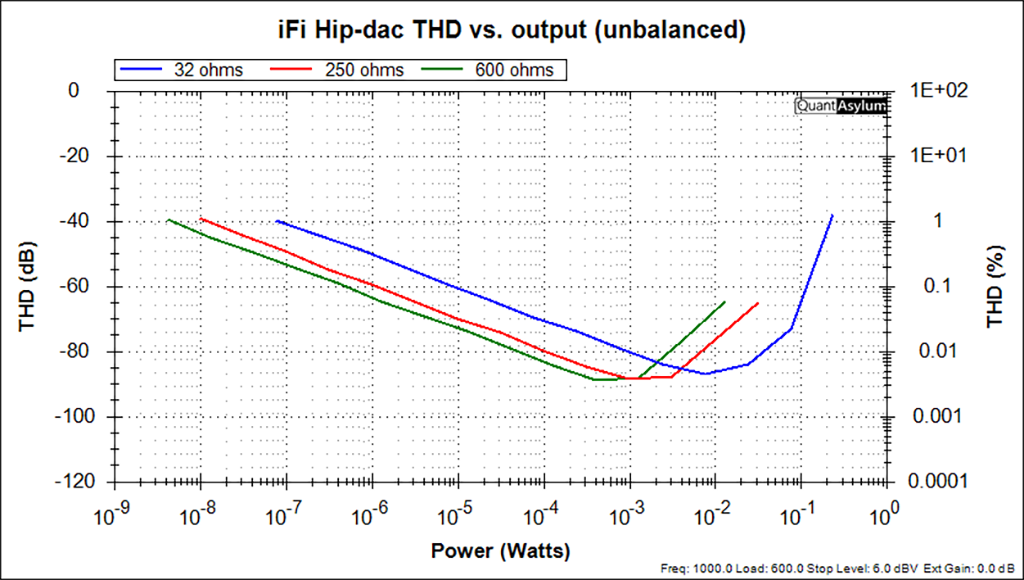 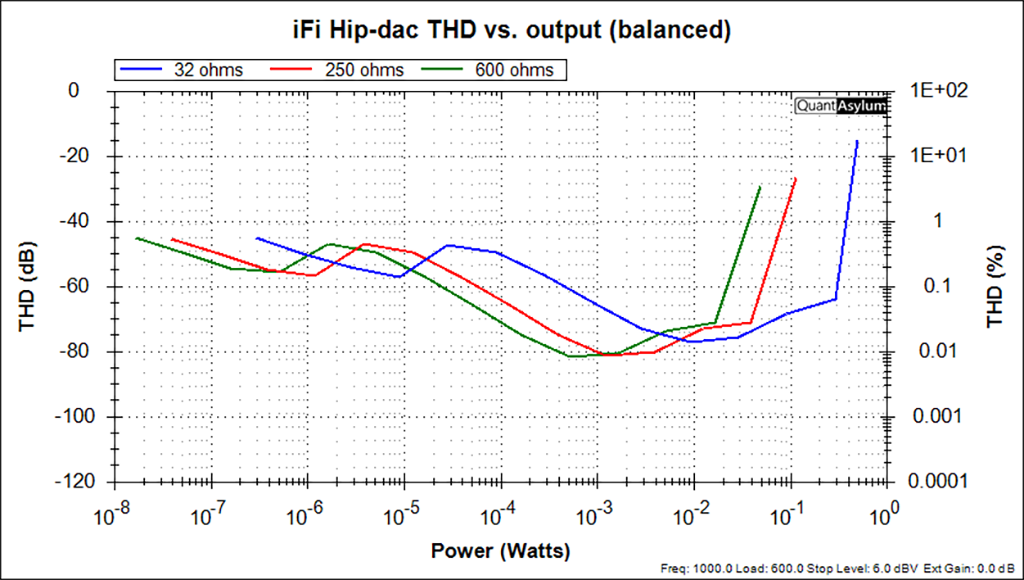 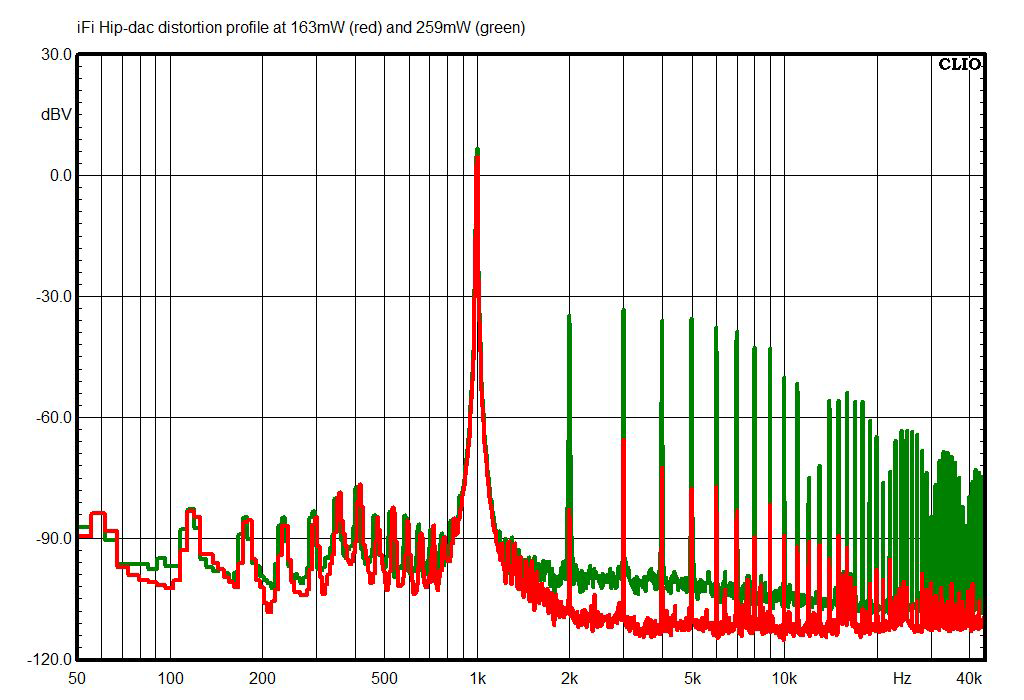 Here you can see the harmonic distortion spectrum and noise floor of the Hip-dac. I’m showing two versions because the profile changes as the amp goes into clipping. The first is referenced to 163mW, the second to 259mW, both into a 32-ohm load. At high levels just below clipping, third-order harmonics are stronger than the second-order harmonics, but at full clip they’re more or less balanced. Remember, though, that it’s unlikely you’ll even push this amp into distortion; even at full-crank with the HiFiMan HE6se’s (the least-sensitive headphones I have), the Hip-dac did not produce audible distortion.

Output impedance is not rated. At 1kHz, I measured 0.2 ohm from the unbalanced output, which won’t contribute significantly to total impedance and will thus have no audible effect on the response of your headphones.