I measured the Focal Utopia headphones using laboratory-grade equipment: a G.R.A.S. Model 43AG ear/cheek simulator/RA0402 ear simulator with KB5000/KB5001 simulated pinnae, and a Clio 10 FW audio analyzer. For isolation measurements, I used a laptop computer running TrueRTA software with an M-Audio MobilePre USB audio interface. The headphones were amplified using a Musical Fidelity V-CAN. These are “flat” measurements; no diffuse-field or free-field compensation curve was employed. If you’d like to learn more about what our measurements mean, click here. 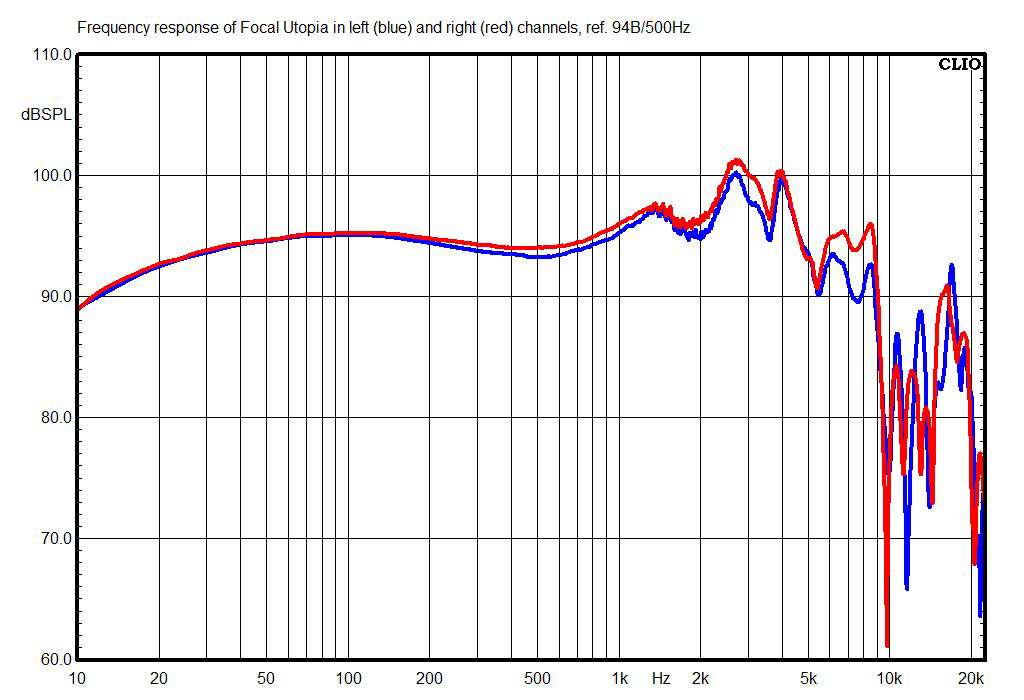 The above chart shows the Utopias’ frequency response. This is pretty standard stuff for audiophile headphones. Most interesting is that little peak at about 1.4kHz, which is unusual, and which will give the Utopias a slight emphasis in the upper midrange. 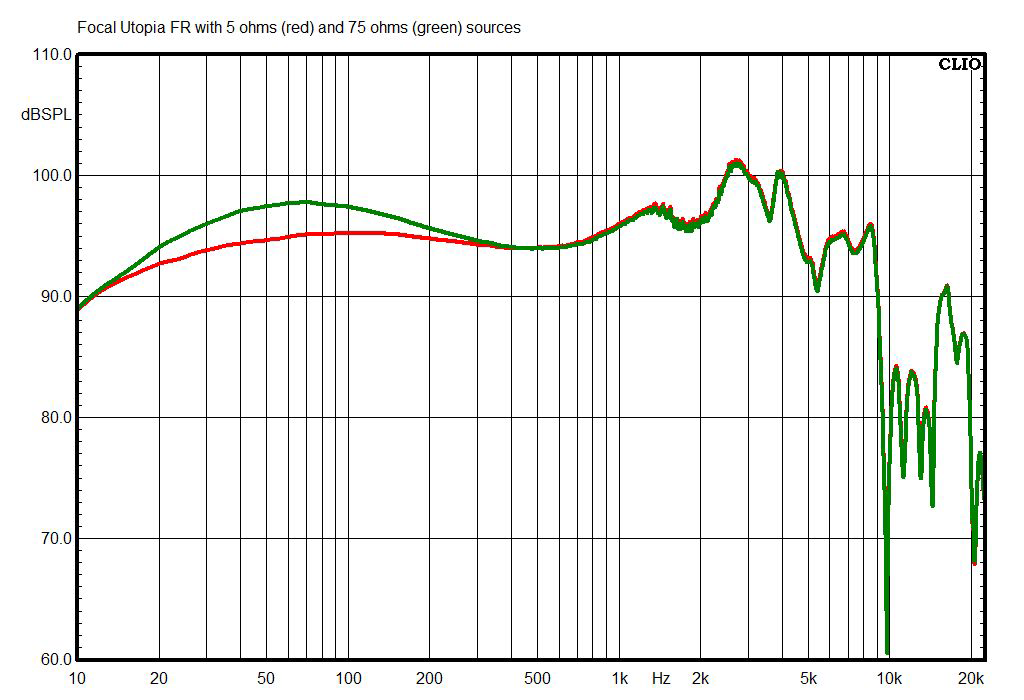 This chart shows how the Utopias’ tonal balance changes when they’re used with a high-impedance (75 ohms) source, such as a cheap laptop or some cheap professional headphone amps, or some tube amps. There’s a pretty big bass boost with the high-impedance source -- about +3.5dB -- so these will likely sound especially warm when used with an amp that has a tube output stage. 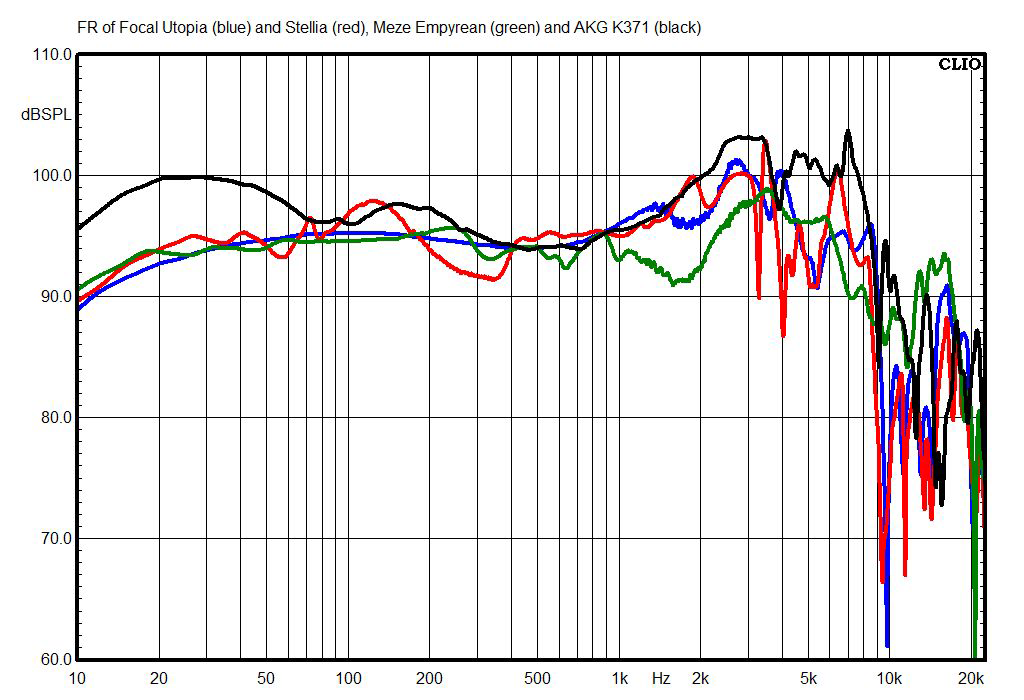 This chart shows the Utopias’ right-channel response compared with the Focal Stellia closed-back headphones, the Meze Empyrean open-back planar-magnetic headphones -- and the AKG K371s, which are said to be the passive headphones that best conform to the Harman curve. You can see that the Utopias fall pretty much in line with general norms of headphone voicings, but they’ll have less bass than Harman-curve headphones do. 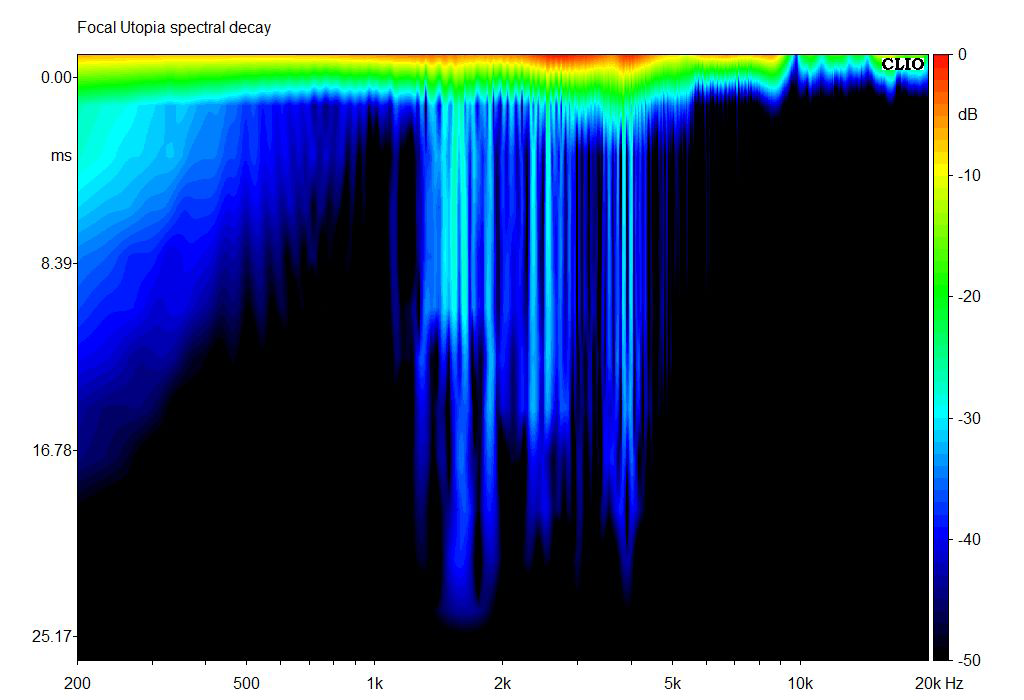 If I didn’t know the Utopias use dynamic drivers, I’d swear their spectral-decay plot came from a planar-magnetic headphone, because of all those very high-Q resonances between about 1 and 5kHz. I’ve been told these are comb-filter effects caused by reflections between a ~100mm, flat planar driver and the flat surface of the ear/cheek simulator -- but how does that explain what we see here, where we have a relatively small, 40mm M-shaped diaphragm suspended in an open frame? Someday I will figure this out. Anyway, I’ve found that headphones with these high-Q resonances tend to sound very open and spacious. 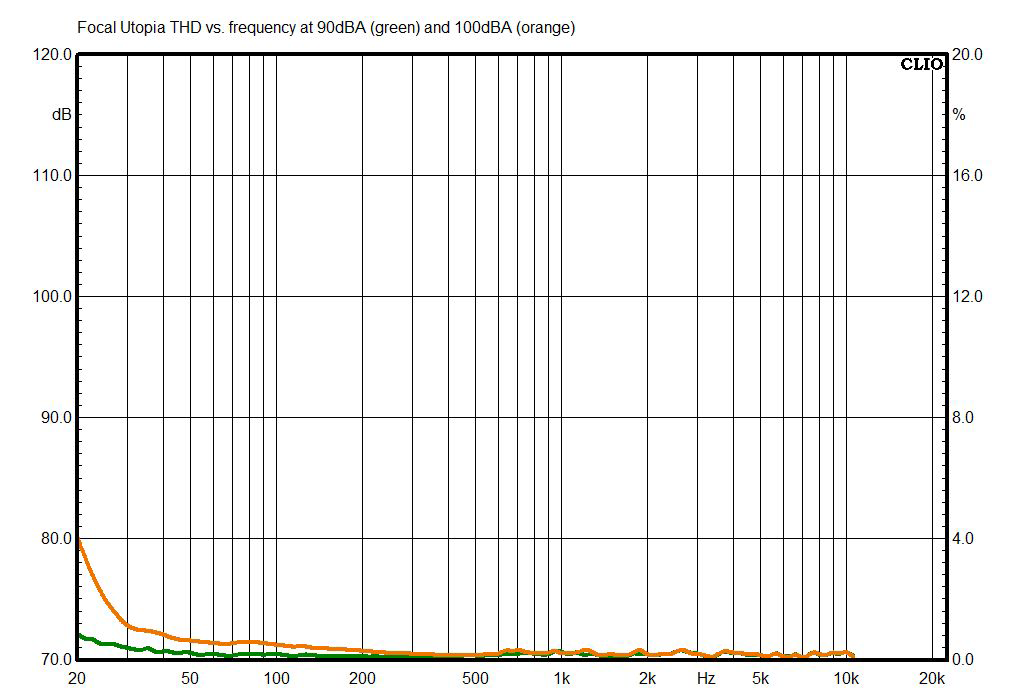 The distortion of the Utopias is nearly non-existent even at extremely loud listening levels, rising to audibility only at 20Hz with a signal calibrated for 100dBA with pink noise. That’s louder than I can stand to listen for more than a couple of seconds, yet the Utopias remained unruffled. 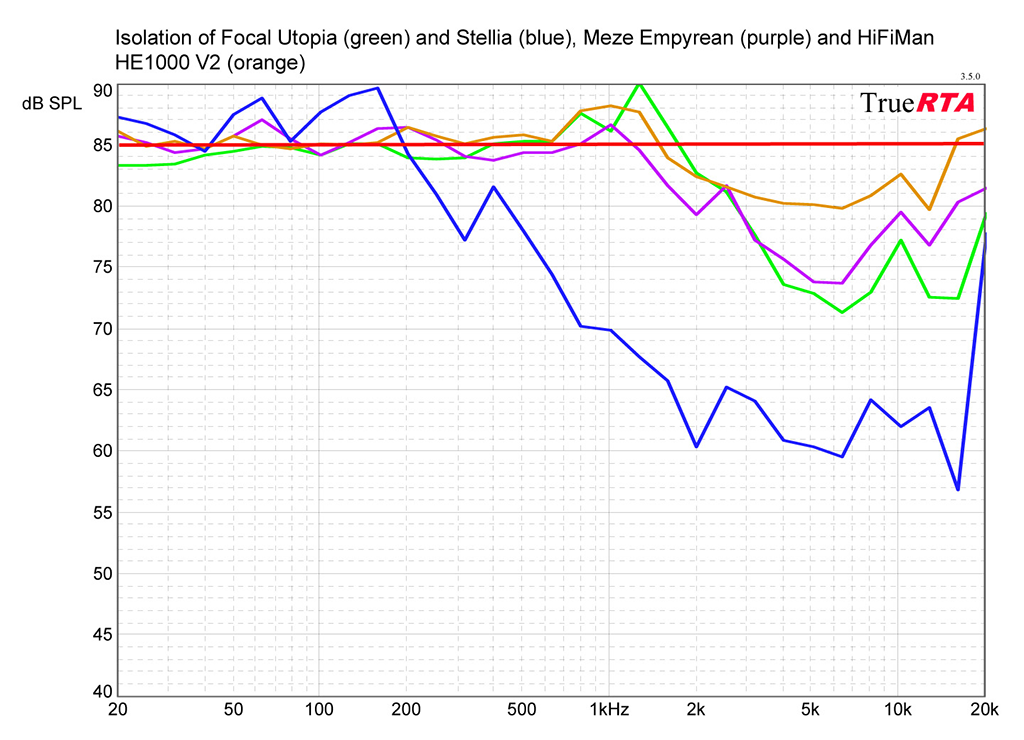 In this chart, the external noise level is 85dB SPL, and numbers below that indicate the degree of attenuation of outside sounds. The lower the lines, the better the isolation. The isolation of the Utopias, like that of most open-back headphones, is negligible. I added the Stellias so you could see how a high-end closed-back model performs on this test. 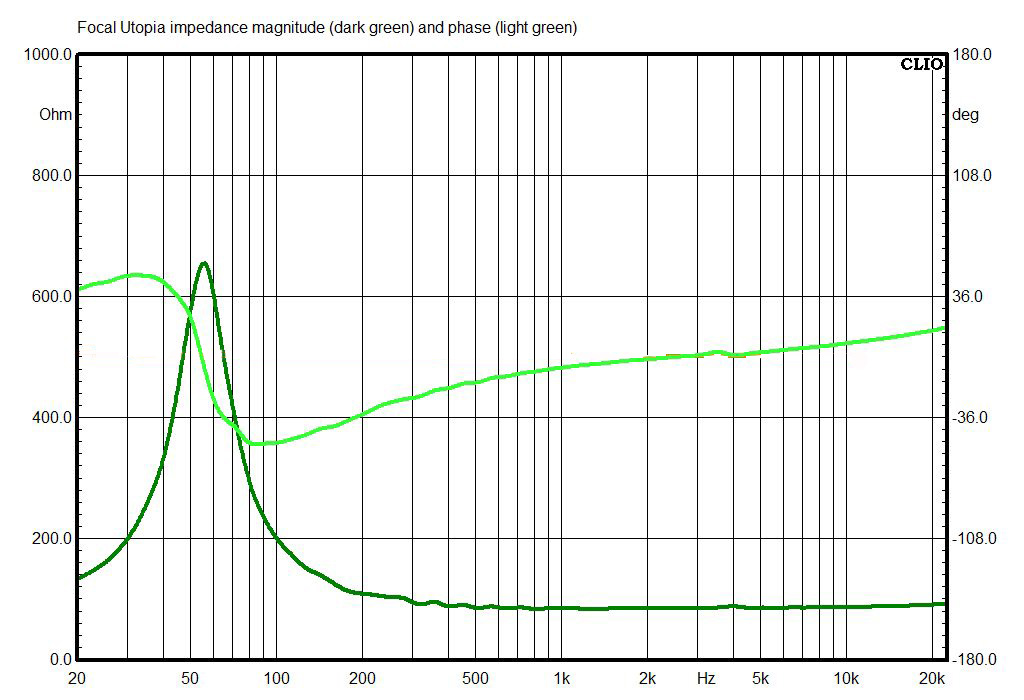 The Utopias have a huge impedance swing centered at 56Hz, where impedance magnitude reaches a whopping 655 ohms, although the impedance is mostly flat, measuring 84.5 ohms at 1kHz. There’s also a big phase swing in the bass, corresponding with the impedance peak. You won’t necessarily hear this, but it does manifest itself in the substantially changing frequency response with high-impedance sources seen above.

Sensitivity of the Utopias, measured between 300Hz and 3kHz, using a 1mW signal calculated for 80 ohms rated impedance, is 105.6dB -- outstanding for high-end headphones, and no problem for almost any source device to drive.