I measured the Focal Arche using a Clio 10 FW audio analyzer and a Neutrik Minilyzer ML1. Note that my focus with these tests is on measurements that confirm these devices’ basic functionality. Except as noted, I used the analog input and the unbalanced output. 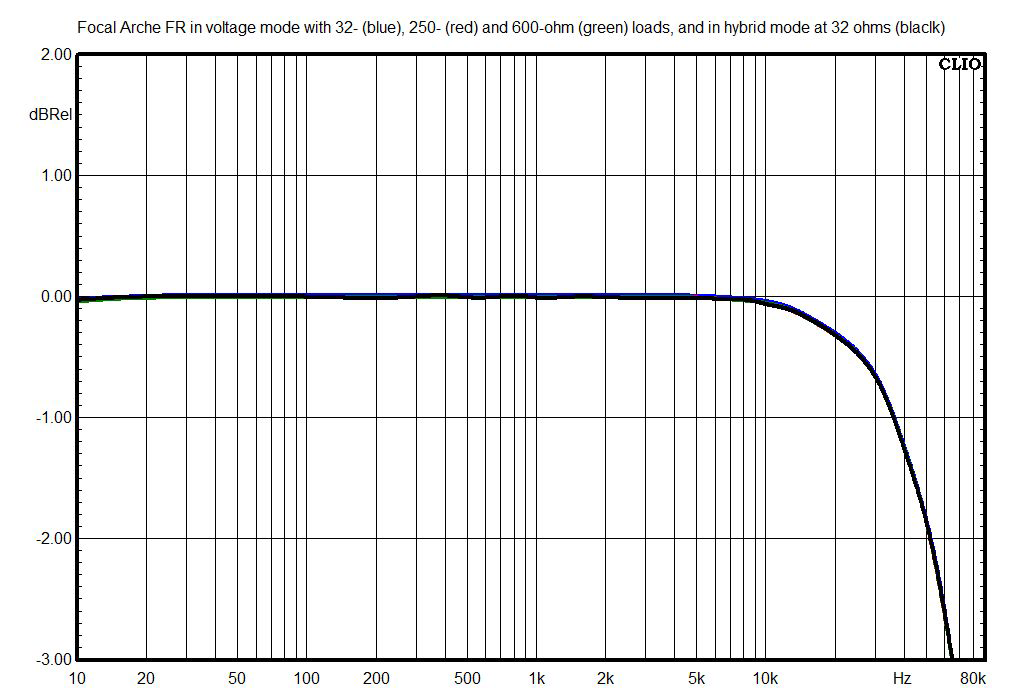 This chart shows the frequency response in the left channel at 1mW unbalanced output into 32-, 250- and 600-ohm loads in Voltage mode, and into 32 ohms in Hybrid mode. If there’s any response variation among the different loads and modes, it’s not visible on this chart. Response is -0.02dB, -0.32dB at 20kHz, and -1.86dB at 50kHz, all referenced to 0dB at 1kHz. The response at 20kHz is a little more rolled-off than I expected, but that’s a difference that would be just barely audible to people who can hear to 20kHz -- which isn’t many of us. 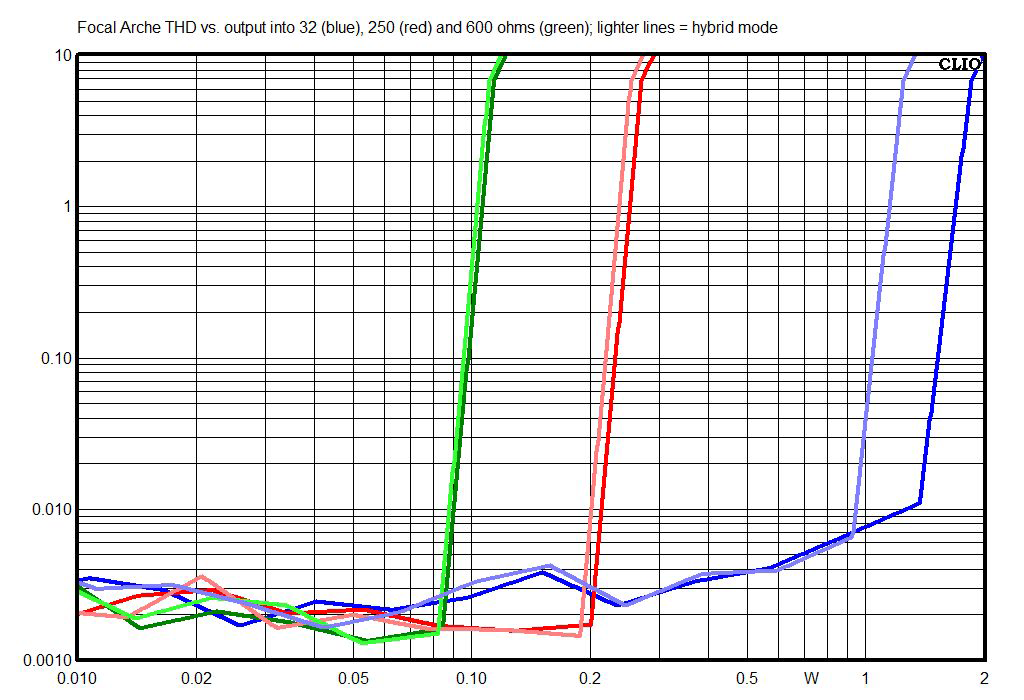 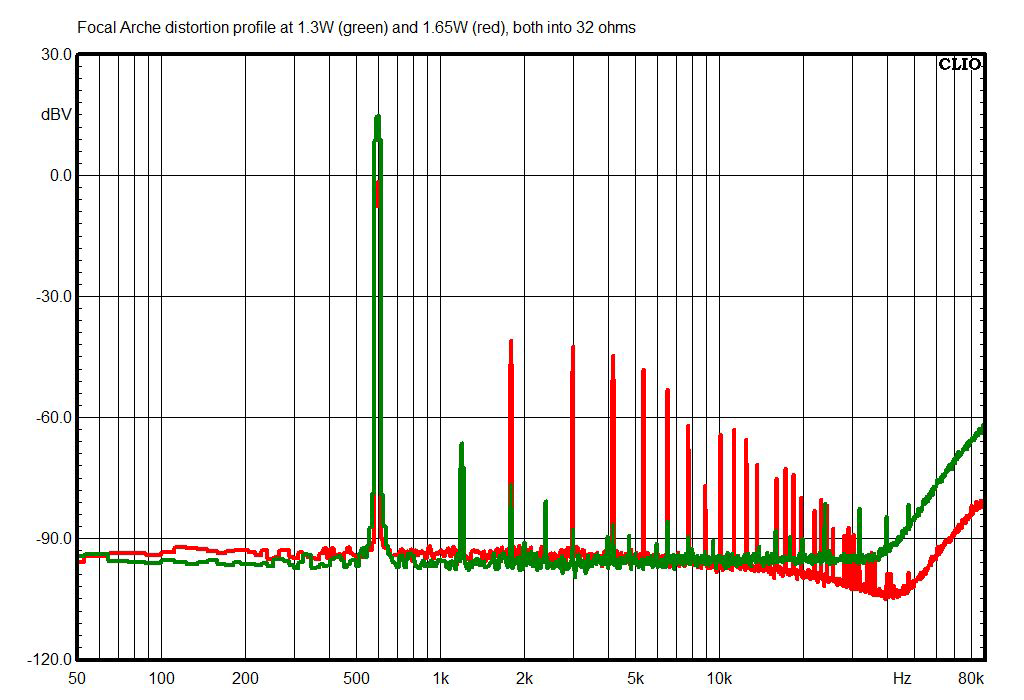 Here you can see the harmonic distortion spectrum and noise floor of the Arche. I’m showing two versions because the profile changes as the amp goes into clipping. The first is referenced to 1.3W, the second to 1.65W, both into a 32-ohm load. At high levels, second-order harmonic distortion predominates; the second harmonic is an octave above the original tone and generally doesn’t sound objectionable. When the amp is pushed into clipping, higher-order harmonics predominate. 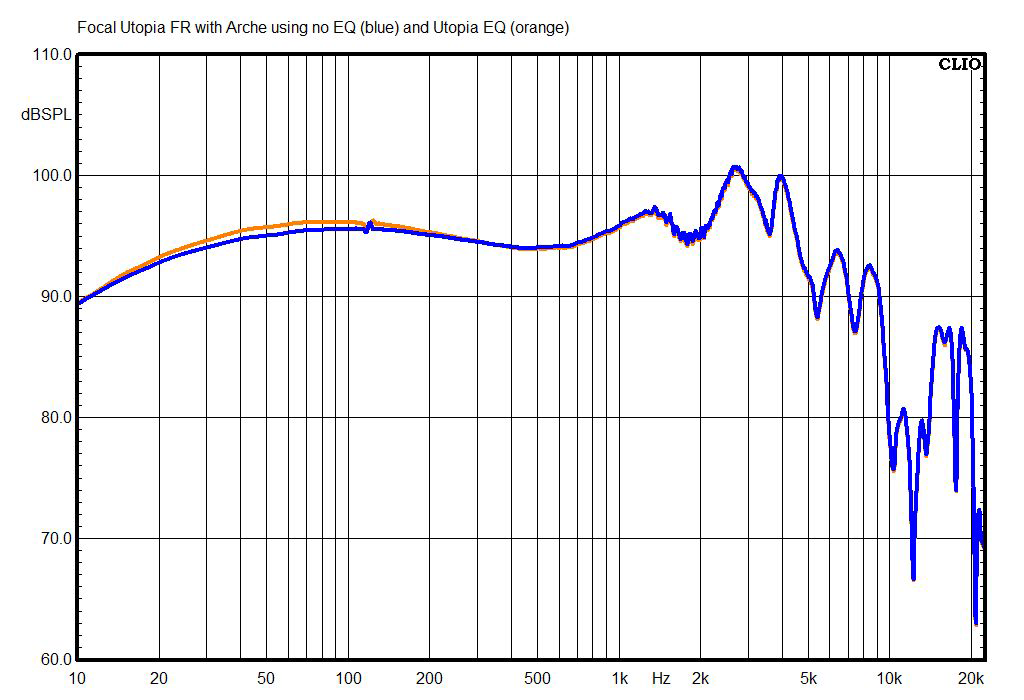 Here’s the difference between using the Focal Utopia headphones with the amp in the default Voltage mode and in the Utopia EQ mode. You can see that while there’s a difference, it’s subtle -- a bass boost of less than 1dB. 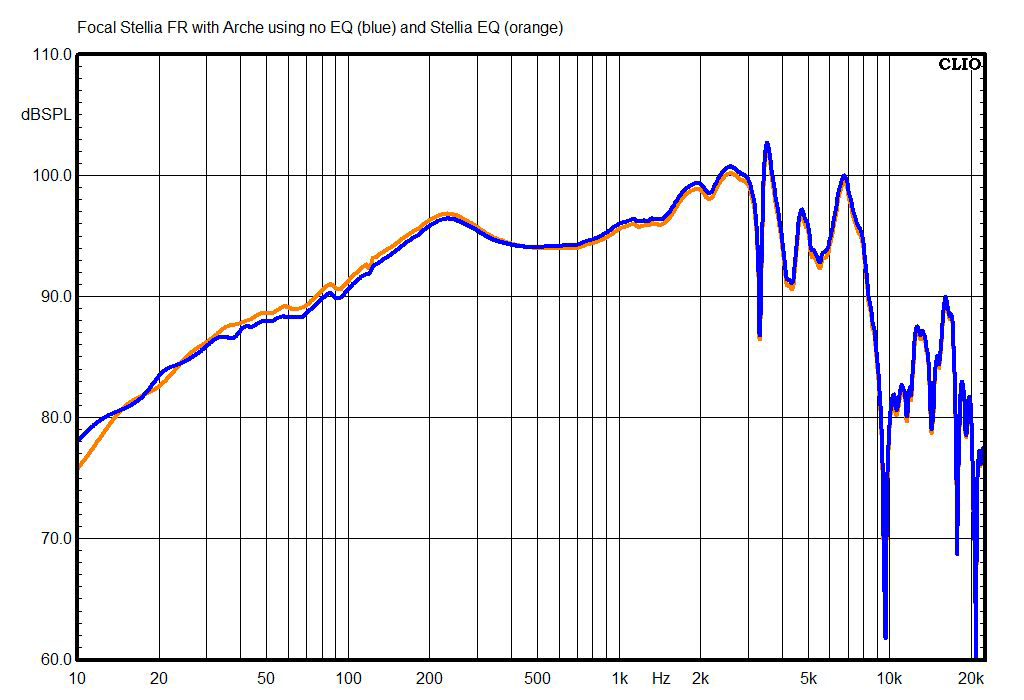 Here’s the difference between using the Focal Stellia headphones with the amp in the default Voltage mode and in the Stellia EQ mode. Again, it’s a subtle difference: a bass boost of less than 1dB, and a cut of less than 1dB stretching from about 1kHz all the way to the top of the audioband.