I measured the FS-HR280 headphones using laboratory-grade equipment: a G.R.A.S. Model 43AG ear/cheek simulator/RA0402 ear simulator with KB5000/KB5001 simulated pinnae, and a Clio 10 FW audio analyzer. For isolation measurements, I used a laptop computer running TrueRTA software with an M-Audio MobilePre USB audio interface. The headphones were amplified using a Musical Fidelity V-CAN. These are “flat” measurements; no diffuse-field or free-field compensation curve was employed. If you’d like to learn more about what our measurements mean, click here. 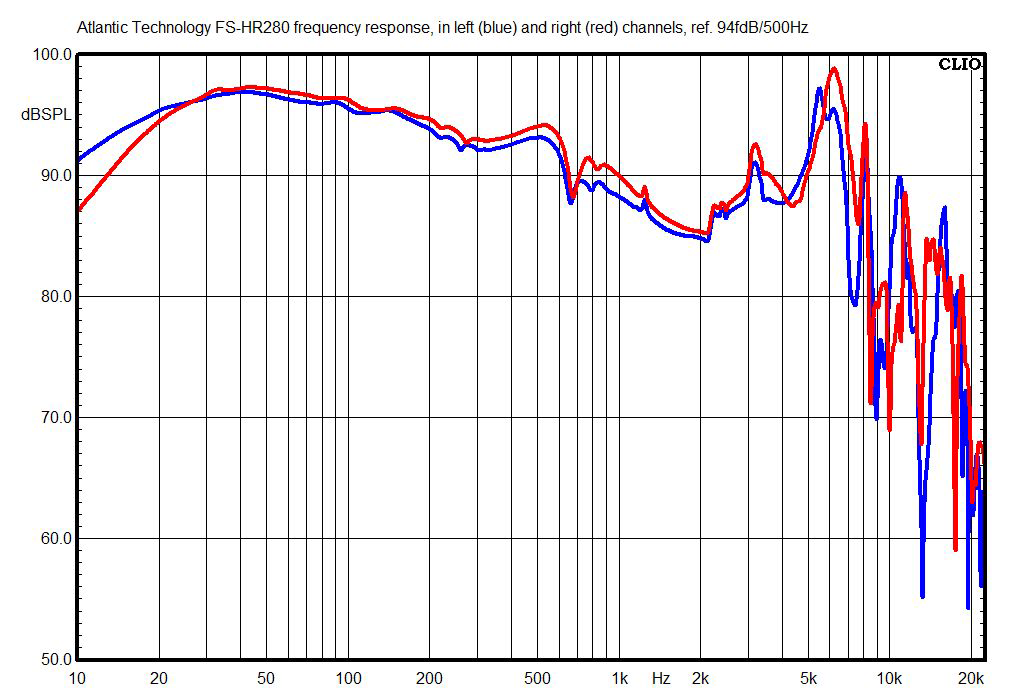 The above chart shows the FS-HR280 headphones’ frequency response. This curve is unusual; it would look a lot closer to normal if the peak at 3kHz were 6dB higher and the one at 6kHz were 6dB lower. The balance of bass to treble seems fairly even, but I would speculate the lower midrange will sound overly full, and the upper midrange and lower treble will sound rather lean. 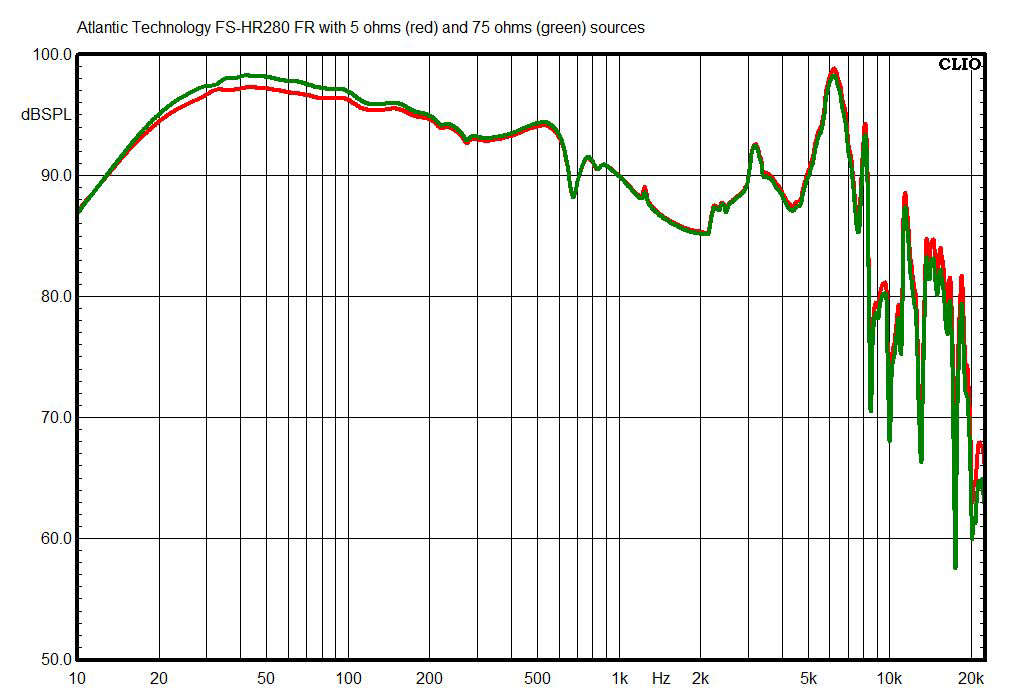 This chart shows how the FS-HR280s’ tonal balance changes when they’re used with a high-impedance (75 ohms) source, such as a cheap laptop or some cheap professional headphone amps, or some exotic tube amps. There’s a boost of about 1dB in the bass and a reduction of about 1dB in the treble. 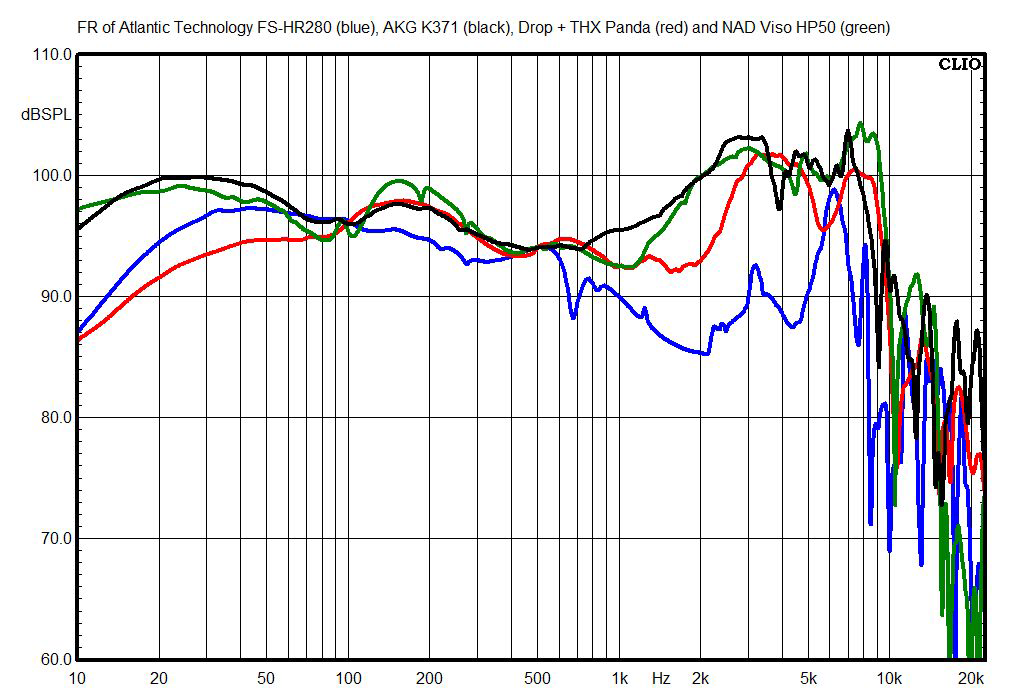 This chart shows the FS-HR280s’ right-channel response compared with several open-back planar-magnetic headphones -- including the AKG K371s, which are said to be within ±1dB of the Harman curve. This comparison looks weirder because the curves are normalized to 94dB at 500Hz, and the FS-HR280s have a peak right there so their curve is shifted down by a couple of dB. Still, it’s easy to see how much less energy the FS-HR280s have at 3kHz and how much more they have at 6kHz. 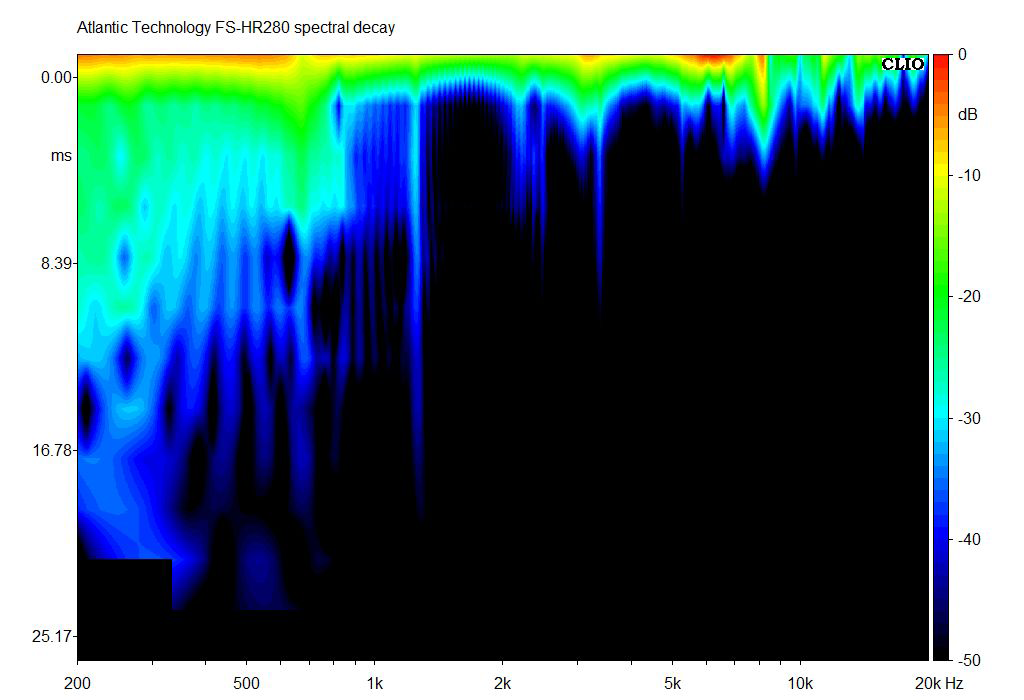 The FS-HR280s’ spectral-decay plot looks pretty clean -- there are no significant high-frequency resonances, and the resonance at roughly 650Hz lasts only about 6ms, or about four cycles at that frequency. 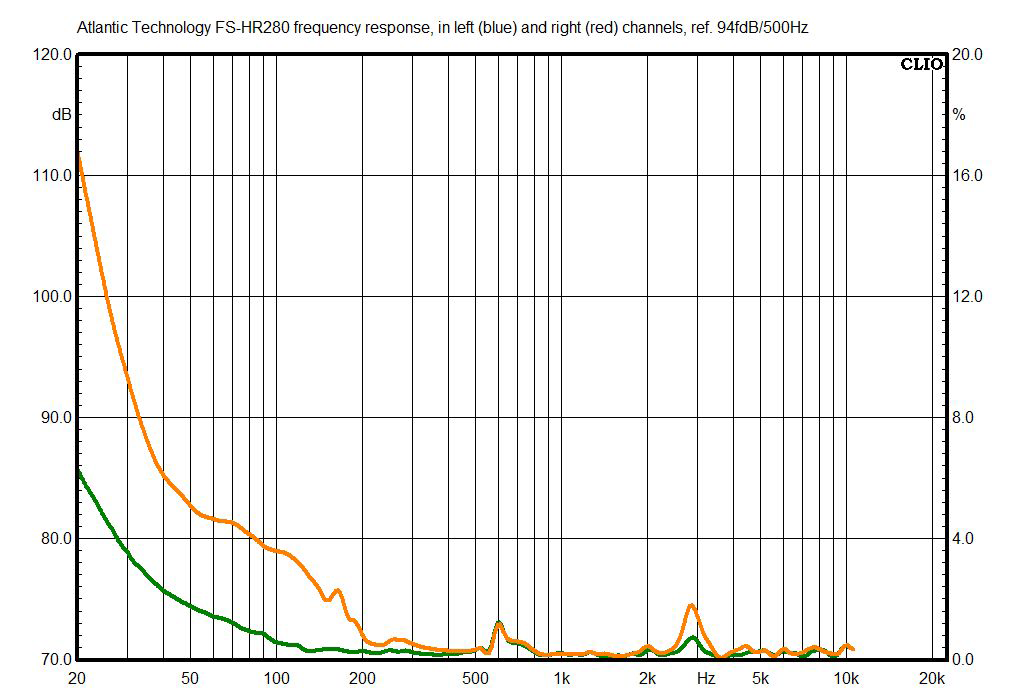 Distortion in the FS-HR280s is pretty mild at the loud listening level of 90dBA. At the crazy-loud level of 100dBA, they have a lot of distortion below about 50Hz, but considering that’s such a loud level, and that most music doesn’t have a lot of content below 50Hz, I don’t expect this distortion would intrude on your listening except in very rare cases. 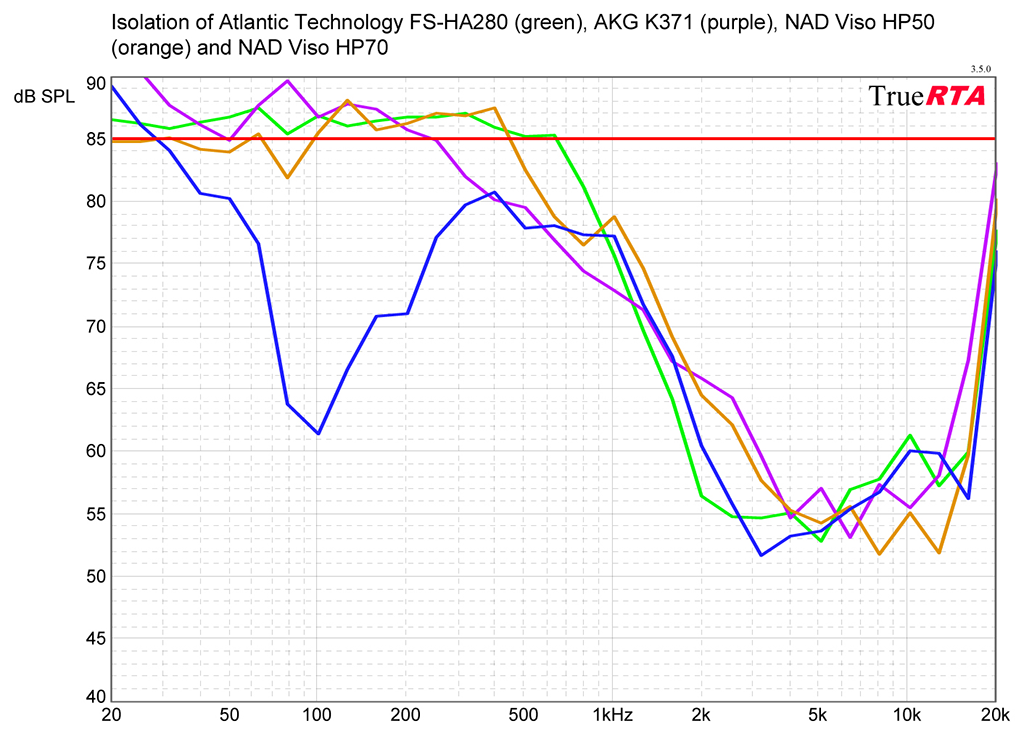 In this chart, the external noise level is 85dB SPL, and numbers below that indicate the degree of attenuation of outside sounds. The lower the lines, the better the isolation. The isolation of the FS-HR280 headphones is comparable to that of similarly sized closed-back models. I added the NAD Viso HP70 headphones so you could see how a model with noise canceling performs in this test. 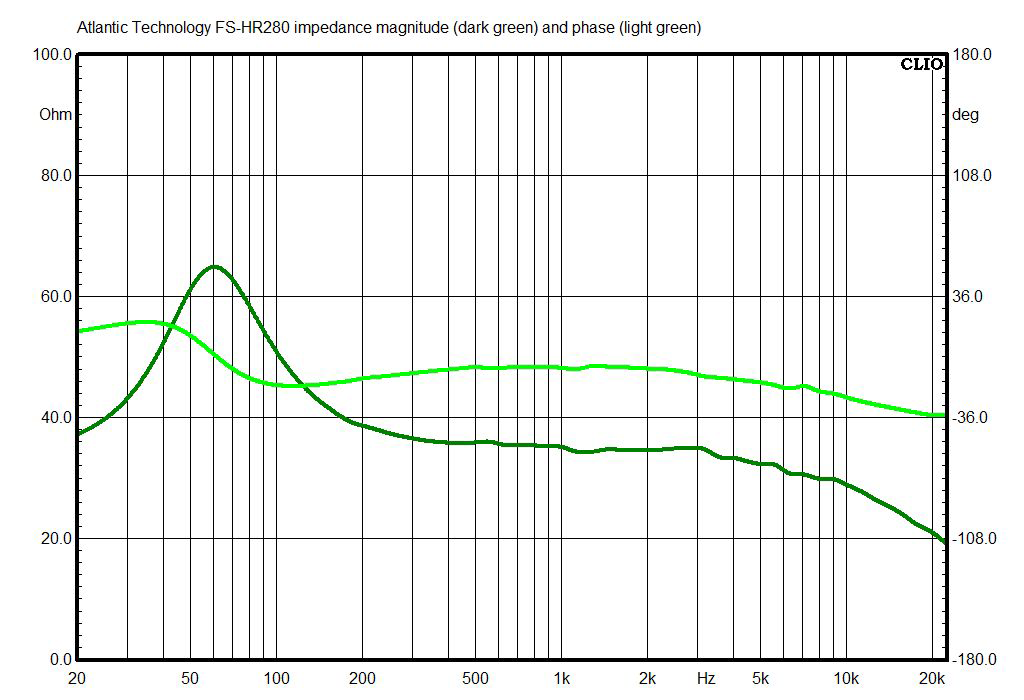 The FS-HR280 headphones’ impedance curve shows a big peak at 60Hz -- something I used to see often in dynamic-driver headphone measurements, although it’s not so common now. That peak and the big phase swing that accompanies it are the reason the headphones’ response changes somewhat with high-impedance sources.

Sensitivity of the FS-HR280s, measured between 300Hz and 3kHz, using a 1mW signal calculated for 32 ohms rated impedance, is 106.9dB, which means your smartphone won’t have any problem driving them.