I measured the FS-HAL1 earphones using laboratory-grade equipment: a G.R.A.S. Model 43AG ear/cheek simulator/RA0402 ear simulator with KB5000/KB5001 simulated pinnae, and a Clio 10 FW audio analyzer. The earphones were amplified using a Musical Fidelity V-CAN. Except as noted, all measurements were made using medium-sized, single-flange silicone eartips, as these fit the ear/cheek simulator best. These are “flat” measurements; no diffuse-field or free-field compensation curve was employed. If you’d like to learn more about what our measurements mean, click here. 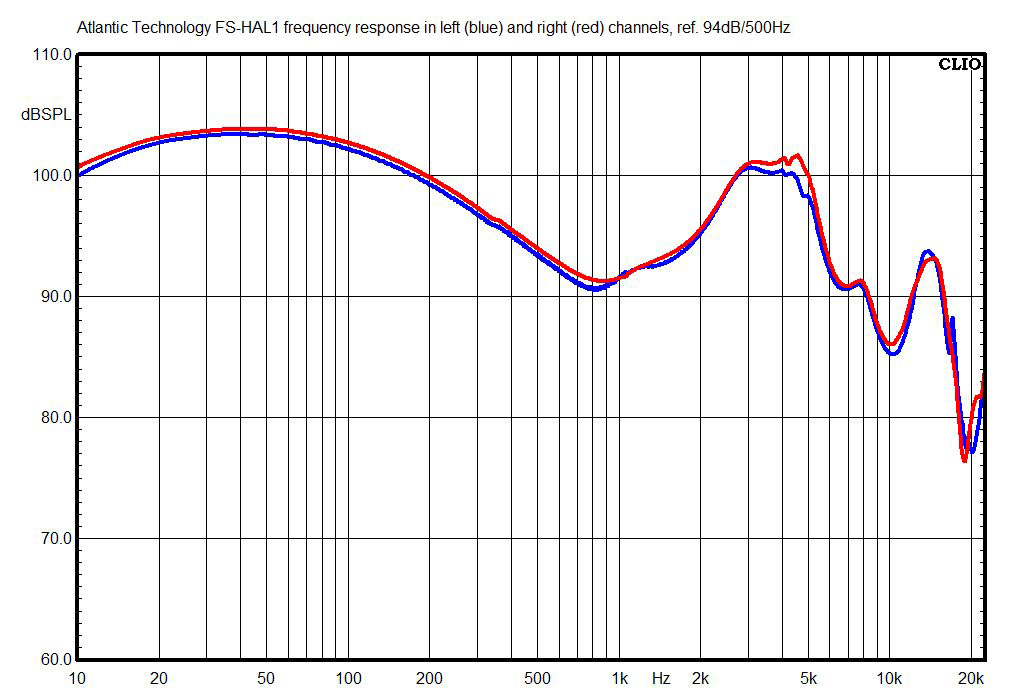 The above chart shows the FS-HAL1s’ frequency response, which looks pretty typical for a set of earphones with a well-balanced sound. The peak between 3 and 5kHz is broader than the usual narrow peak centered at about 3kHz. The broad hump below about 800Hz is typical of earphones using dynamic drivers for the bass; it may have a bit of excess upper bass/lower midrange. 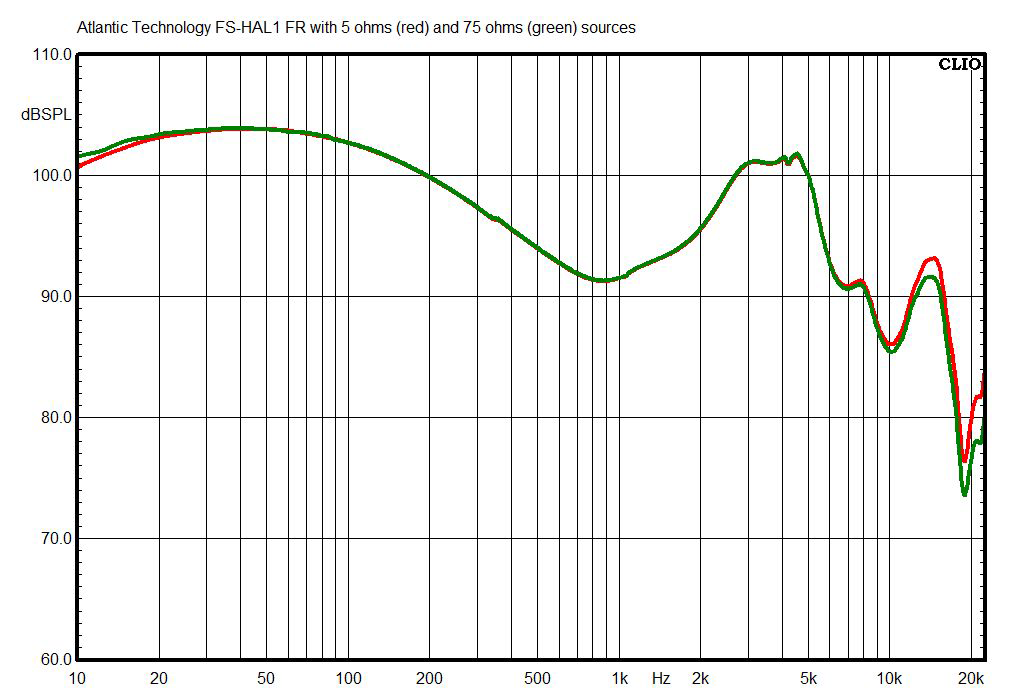 This chart shows how the FS-HAL1s’ tonal balance changes when they’re used with a high-impedance (75 ohms) source, such as a cheap laptop or some cheap professional headphone amps, or some exotic tube amps. There’s barely any difference at all below 13kHz, which is a result I’ve seen in perhaps one or two other earphones using balanced armatures. 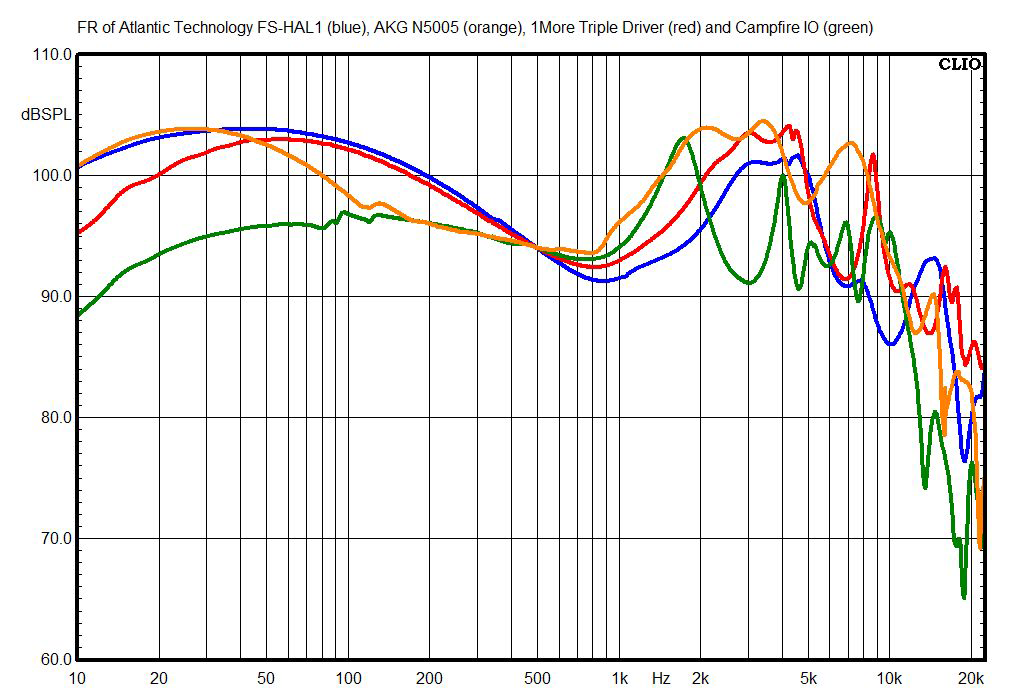 This chart shows the FS-HAL1s’ right-channel response compared with three other hybrid earphones: the 1More Triple Drivers, the Campfire Audio IOs, and the AKG N5005s, which when used with their reference filter are the earphones said to best conform to the Harman curve, the response that research shows delivers what most listeners consider the most natural sound. The FS-HAL1s are mostly in the ballpark with the 1More and AKG earphone, although the bass-to-treble balance suggests the FS-HAL1s will sound a little mellower. 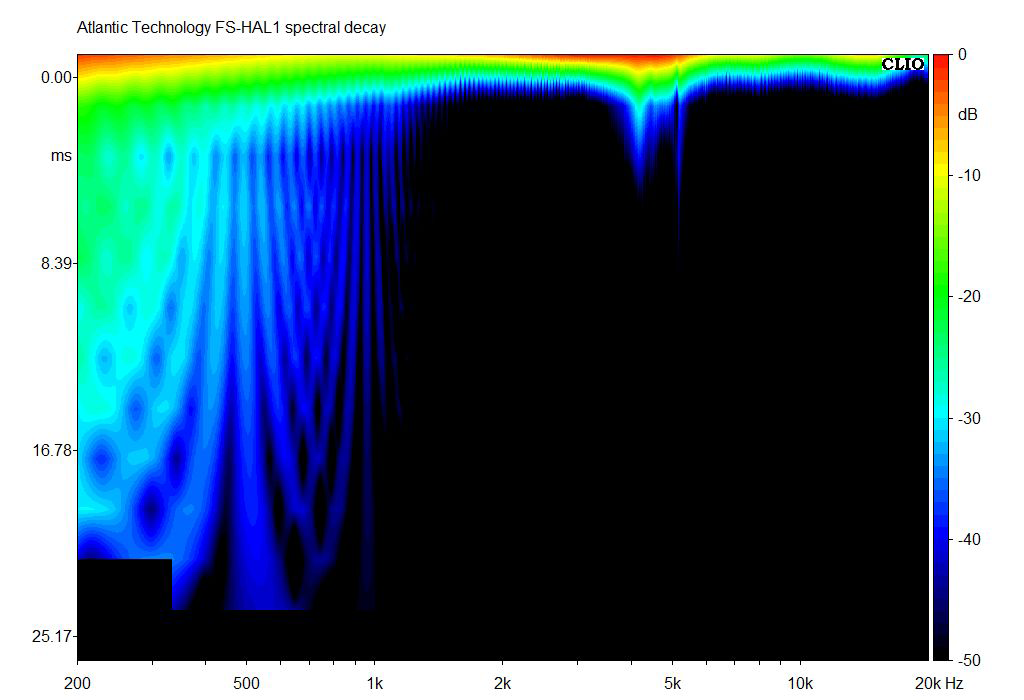 The FS-HAL1s’ spectral decay (waterfall) chart shows a tiny amount of very well-damped resonance at 4kHz, and a little bit of resonance below 400Hz, but overall, its resonance is comparatively low. 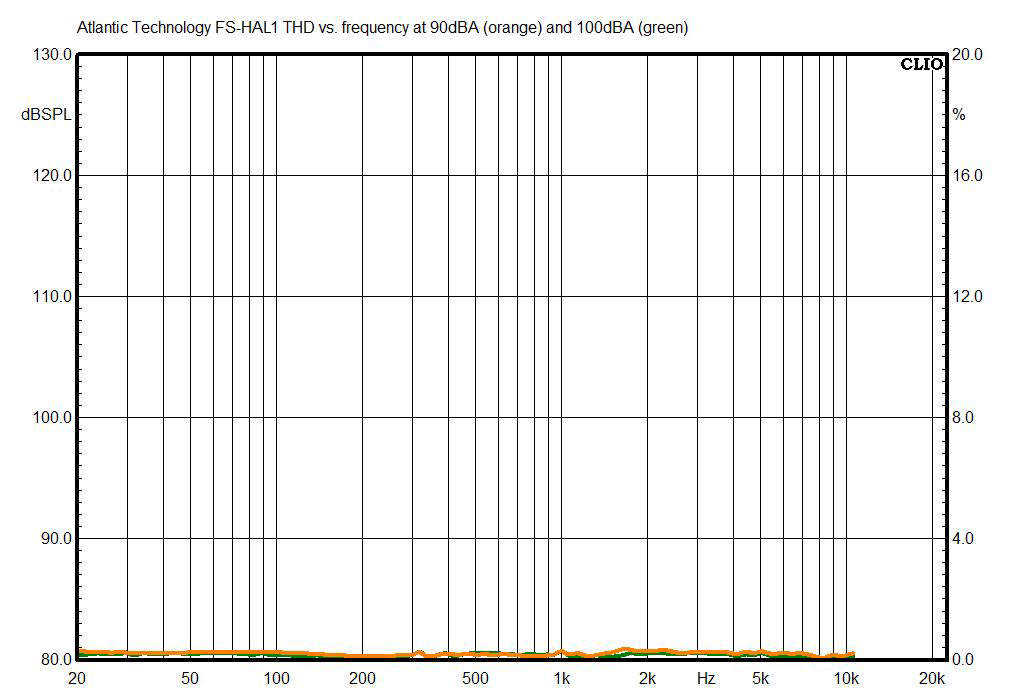 The FS-HAL1s’ distortion is exceptionally low, below 1% even at the extremely loud listening level of 100dBA. 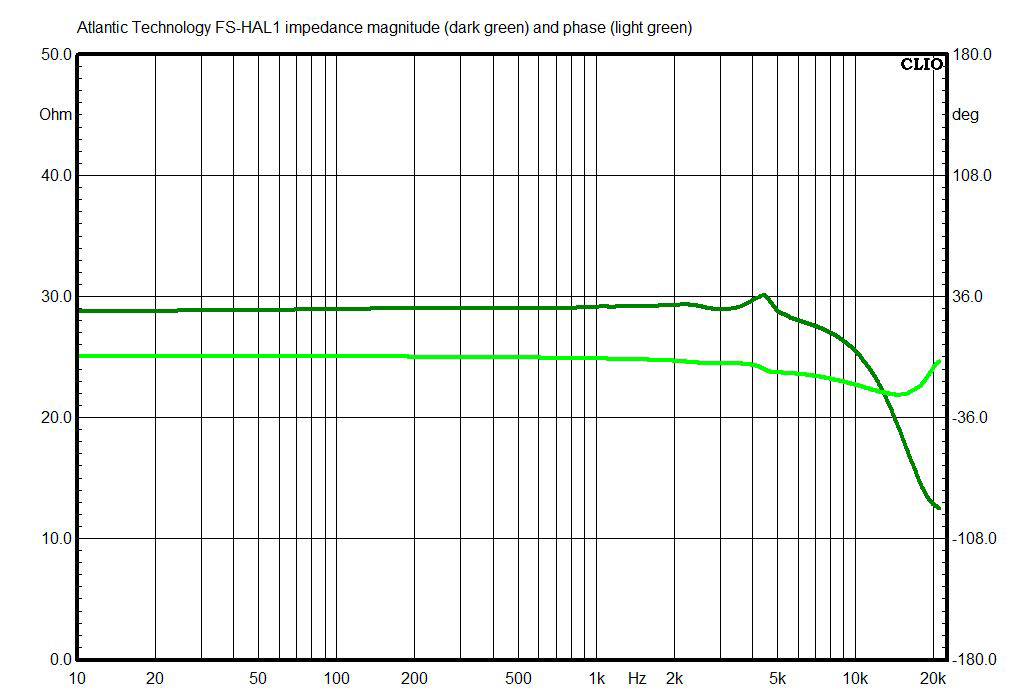 The impedance magnitude of the FS-HAL1s is flatter than that of typical hybrid earphones, running basically flat to 5kHz, and the phase is almost completely flat. This suggests that unlike almost all earphones using balanced-armature drivers, the FS-HAL1s’ sound won’t vary greatly no matter what the output impedance of the source device. It also leads me to believe that the dynamic “woofer” is covering most or all of the midrange as well as the bass.

Sensitivity of the FS-HAL1 earphones, measured between 300Hz and 3kHz, using a 1mW signal calculated for 32 ohms rated impedance, is 108.8dB, thus the FS-HAL1s should deliver satisfying volume from any source device.