I measured the M570 headphones using laboratory-grade equipment: a G.R.A.S. Model 43AG ear/cheek simulator/RA0402 ear simulator with KB5000/KB5001 simulated pinnae, and a Clio 10 FW audio analyzer. For isolation measurements, I used a laptop computer running TrueRTA software with an M-Audio MobilePre USB audio interface. The headphones were amplified using a Musical Fidelity V-CAN. These are “flat” measurements; no diffuse-field or free-field compensation curve was employed. If you’d like to learn more about what our measurements mean, click here. 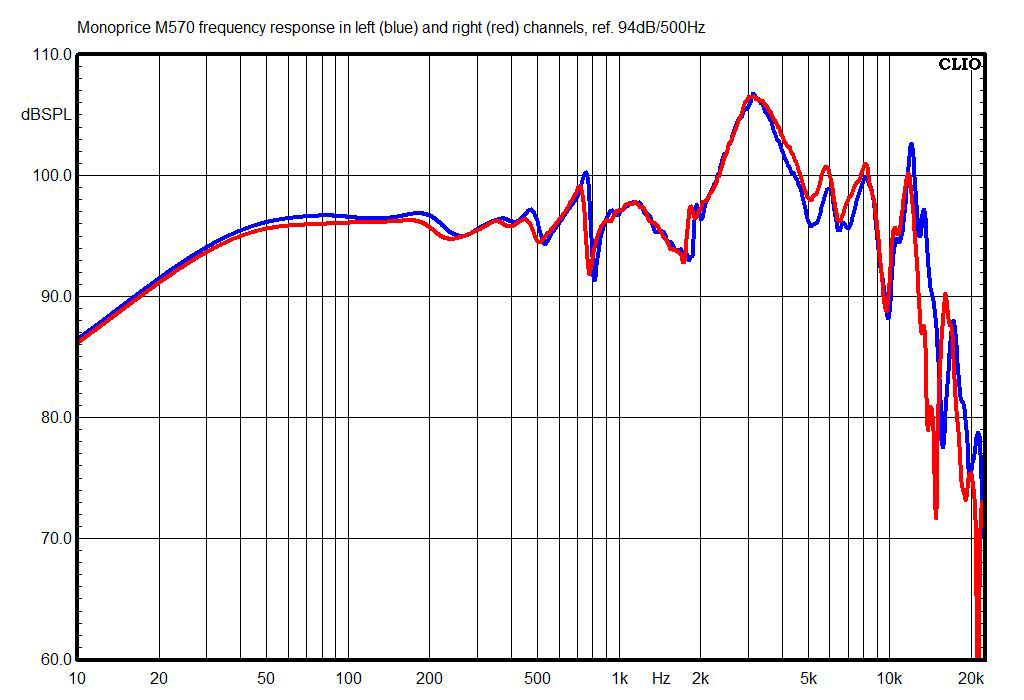 The above chart shows the M570s’ frequency response, which is not unusual for open-back planar-magnetic headphones. The main anomaly I see is that a lot of planar-magnetics have bass that’s flat down to 20Hz or even lower, but the M570s are definitely rolled-off in the bass -- yet that’s not how they sounded to us. If the mid- and upper treble were rolled off, that would explain the M570s’ full sound, but they’re not rolled off. Also, there are a lot of peaks and dips between 500Hz and 2kHz; I don’t see this a lot so it’s hard to say what it means subjectively, but neither I nor my panelists complained of midrange colorations. 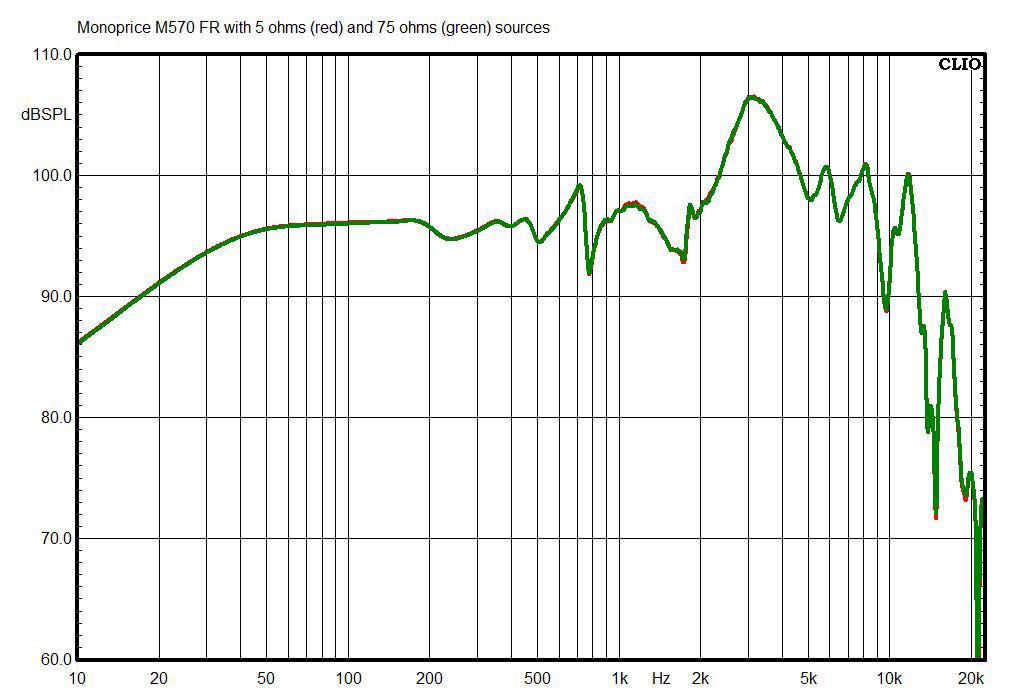 This chart shows how the M570s’ tonal balance changes when they’re used with a high-impedance (75 ohms) source, such as a cheap laptop or some cheap professional headphone amps, or some exotic tube amps. There’s effectively no difference at all. 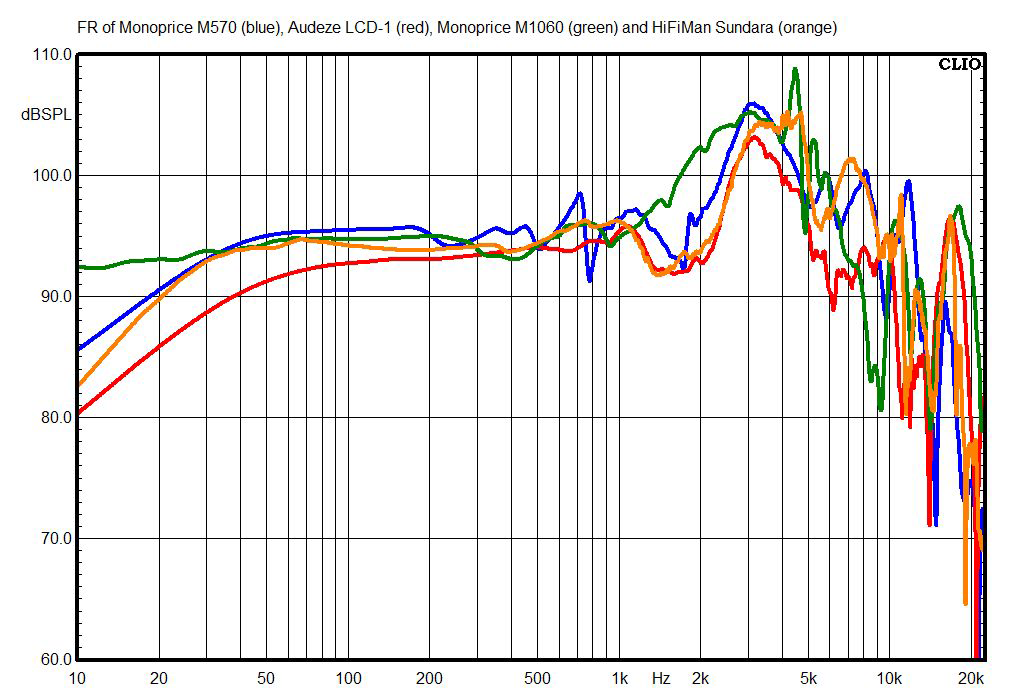 This chart shows the M570s’ right-channel response compared with several other relatively inexpensive planar-magnetic headphones. It’s in the ballpark with most in terms of the general shape of the curve, but it has more bass roll-off and its 3kHz peak is lower in magnitude. 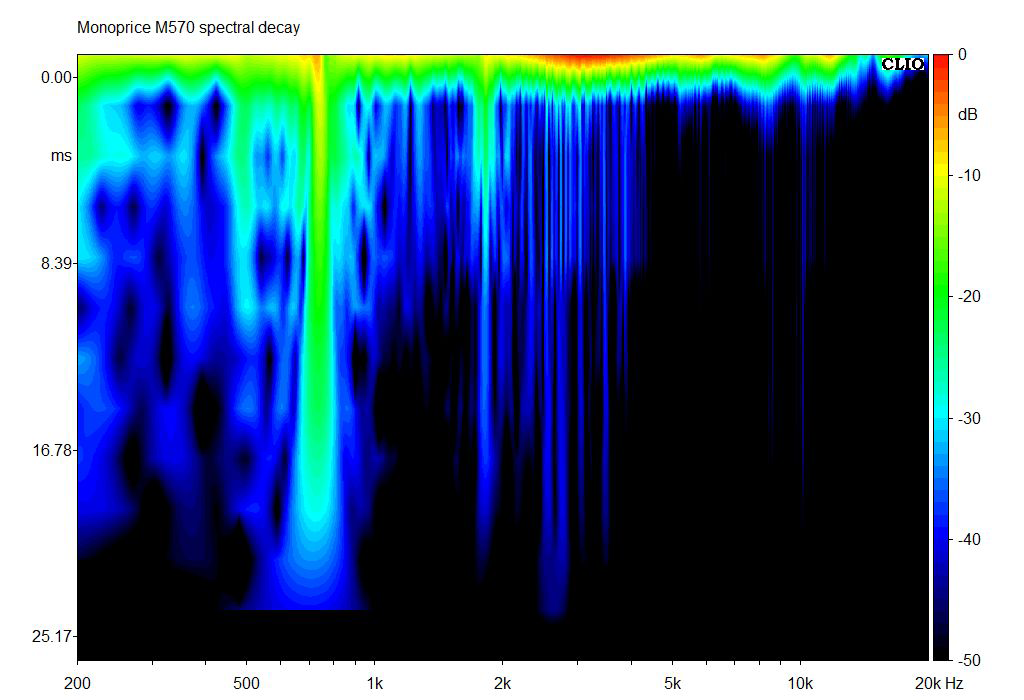 Wow. I’m so used to saying “nothing to see here, move along” on this chart, but the M570s do show a very strong resonance at 800Hz, which corresponds with the distortion peak noted below as well as the zig-zag in frequency response seen above. I can’t say for sure how this affected our subjective perceptions of the headphones’ sound, but it’s hard for me to imagine that this resonance didn’t affect our perceptions of this headphone in some way. It also has a collection of very high-Q (narrow) resonances between about 1.8 and 4kHz; I’m told these are due to reflections between the large, flat planar driver and the flat cheek plate of the G.R.A.S. Model 43AG ear/cheek simulator. 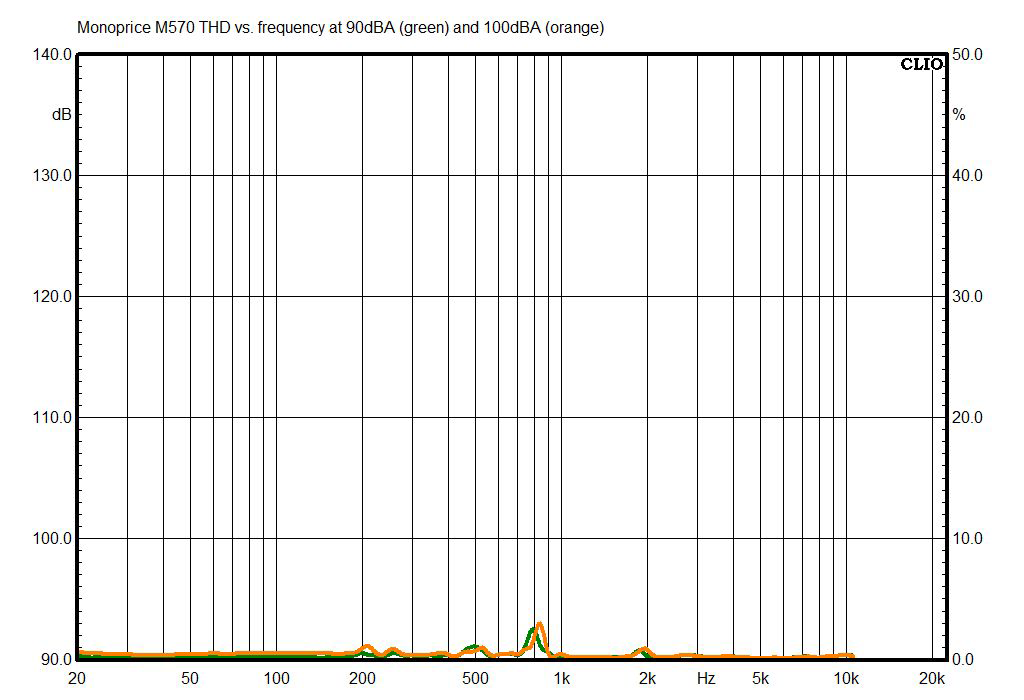 Except for a high-Q peak at 800Hz, the total harmonic distortion of the M570 headphones is close to zero at all frequencies, even at extremely high listening levels. 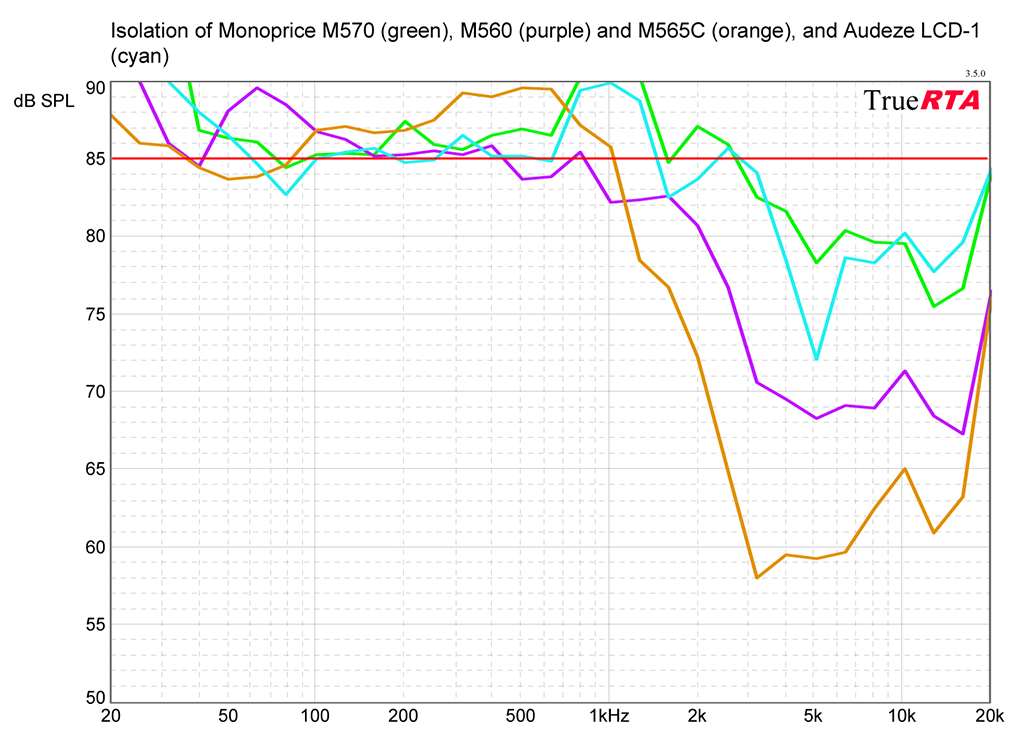 In this chart, the external noise level is 85dB SPL, and numbers below that indicate the degree of attenuation of outside sounds. The lower the lines, the better the isolation. The isolation of the M570s is actually less than average even for open-back models, but that’s probably some of the reason they sound spacious despite their unexaggerated treble. I added the Monoprice M565C headphones so you could see how a closed-back planar-magnetic model fares in this test. 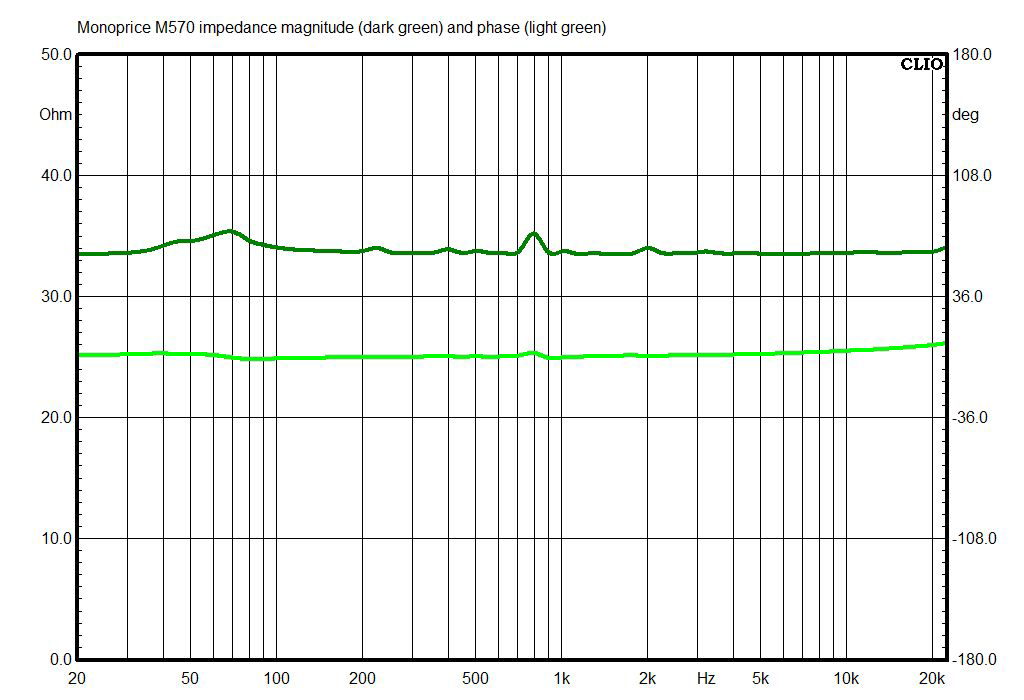 The impedance magnitude of the M570s is almost flat at 33.5 ohms, and the phase response is very flat.

Sensitivity of the M570s, measured between 300Hz and 3kHz, using a 1mW signal calculated for 32 ohms rated impedance, is 95.0dB. That suggests they’ll work OK with mass-market source devices like phones and tablets, but they really need an external amp or DAC-amp to sound their best.