I measured the K371 headphones using laboratory-grade equipment: a G.R.A.S. Model 43AG ear/cheek simulator/RA0402 ear simulator with KB5000/KB5001 simulated pinnae, and a Clio 10 FW audio analyzer. For isolation measurements, I used a laptop computer running TrueRTA software with an M-Audio MobilePre USB audio interface. The headphones were amplified using a Musical Fidelity V-CAN. These are “flat” measurements; no diffuse-field or free-field compensation curve was employed. If you’d like to learn more about what our measurements mean, click here. 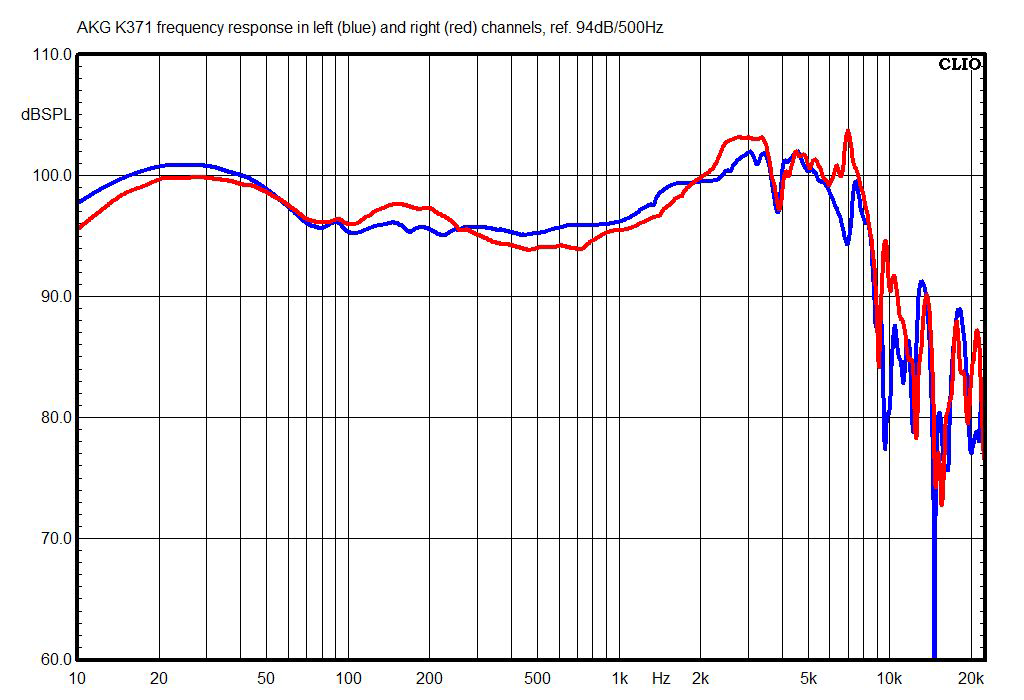 The above chart shows the K371s’ frequency response, which definitely shows the influence of the Harman curve -- specifically in that it has a broad rise between 2 and 8kHz instead of two distinct bumps, and in that it has a squarish rise in the bass response below 100Hz. 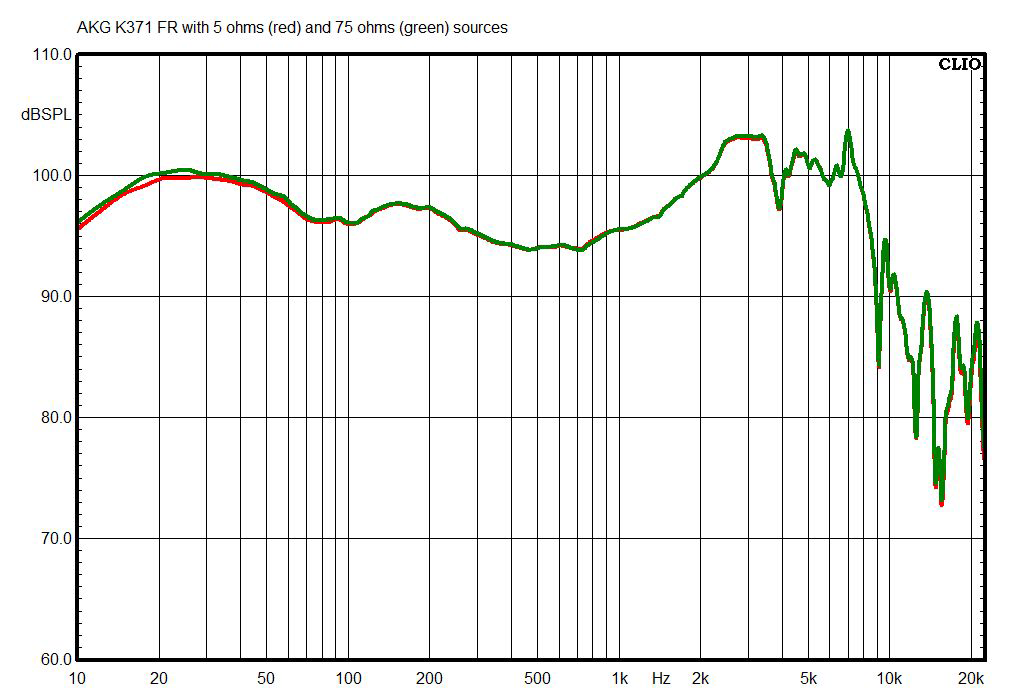 This chart shows how the K371s’ tonal balance changes when they’re used with a high-impedance (75 ohms) source, such as a cheap laptop or some cheap professional headphone amps, or some exotic tube amps. There’s a difference, but it’s very subtle: about 0.5dB boost below 60Hz when the high-impedance source device is used. 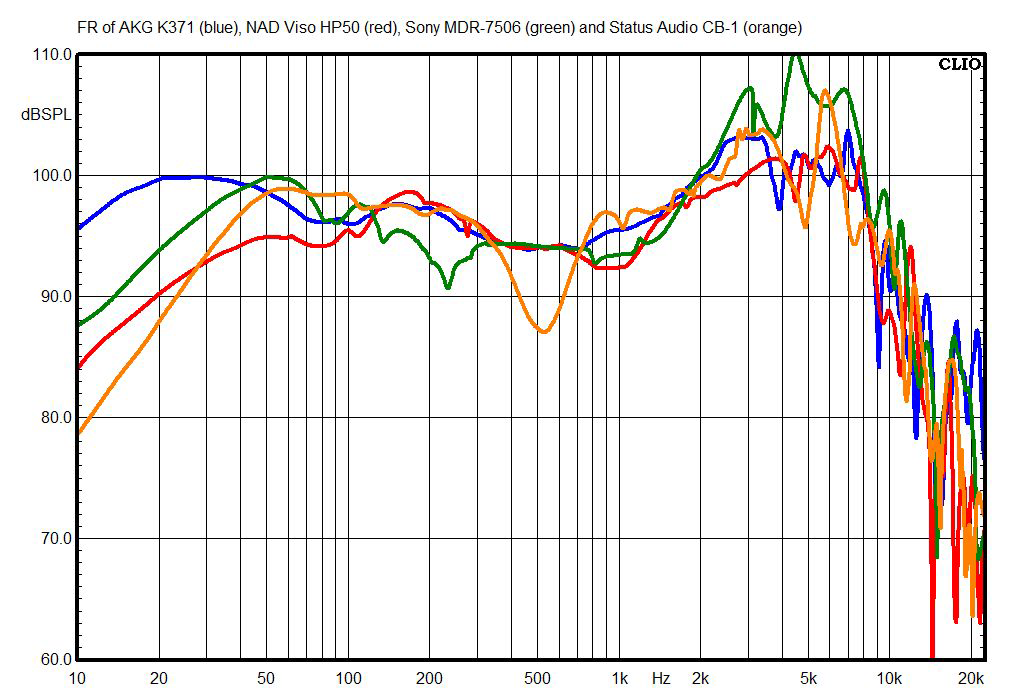 This chart shows the K371s’ right-channel response compared with two pro models (the Status Audio CB-1s, which are the headphones I use for mixing and monitoring home recordings, and the iconic Sony MDR-7506 headphones) and one consumer model (the widely praised NAD Viso HP50 headphones). The K371s lie right in the middle of the pack, with a generally flattish response that’s similar to the NAD Viso HP50s. 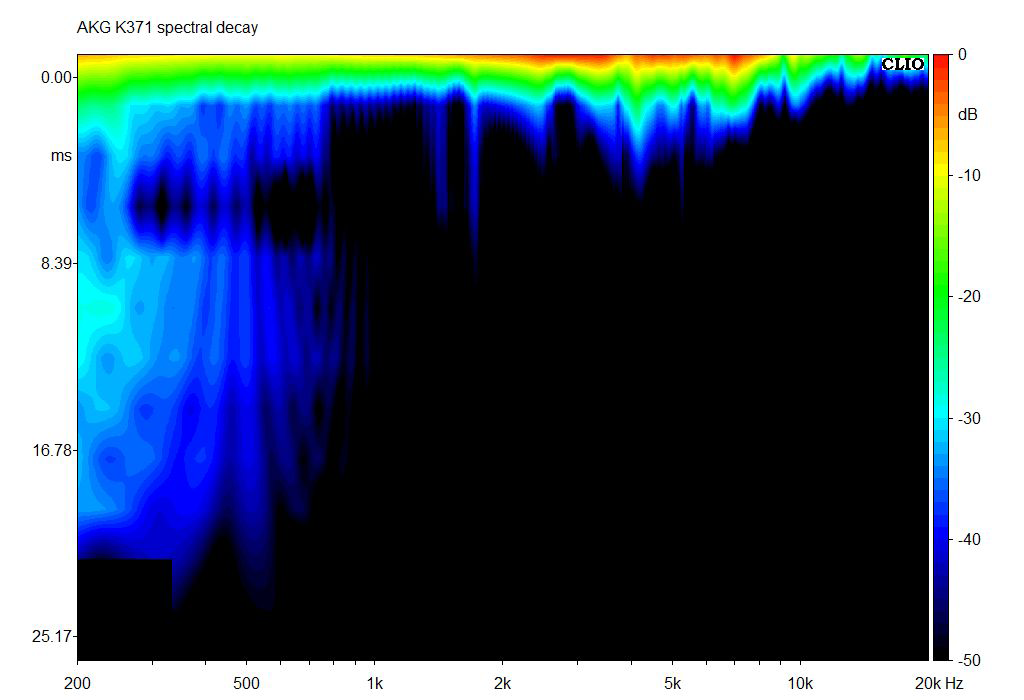 The K371s’ spectral decay (waterfall) chart is fairly clean; we can start to see a little bit of resonance developing around 200Hz, probably some “spillover” from that rise in the bass below 100Hz. 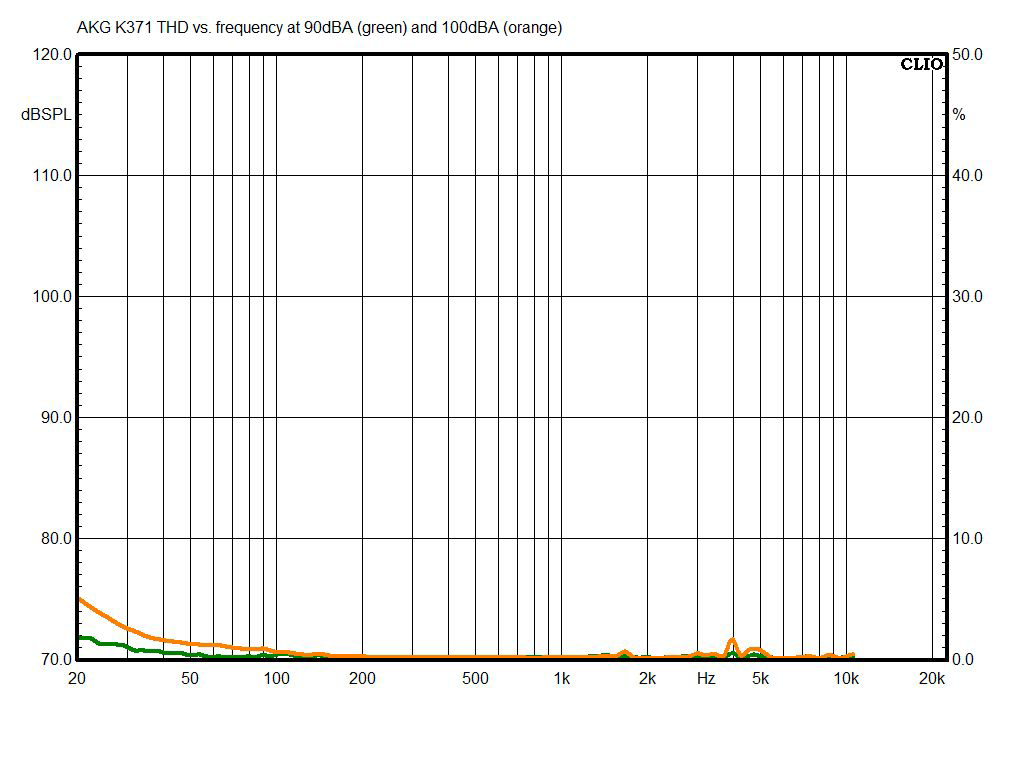 The total harmonic distortion of the K371s is negligible. Even at the extremely loud level of 100dBA, it’s not really measurable until you get below 100Hz, and even at that, it’s only 5% at 20Hz; distortion at such a low frequency typically isn’t audible below about 10%. 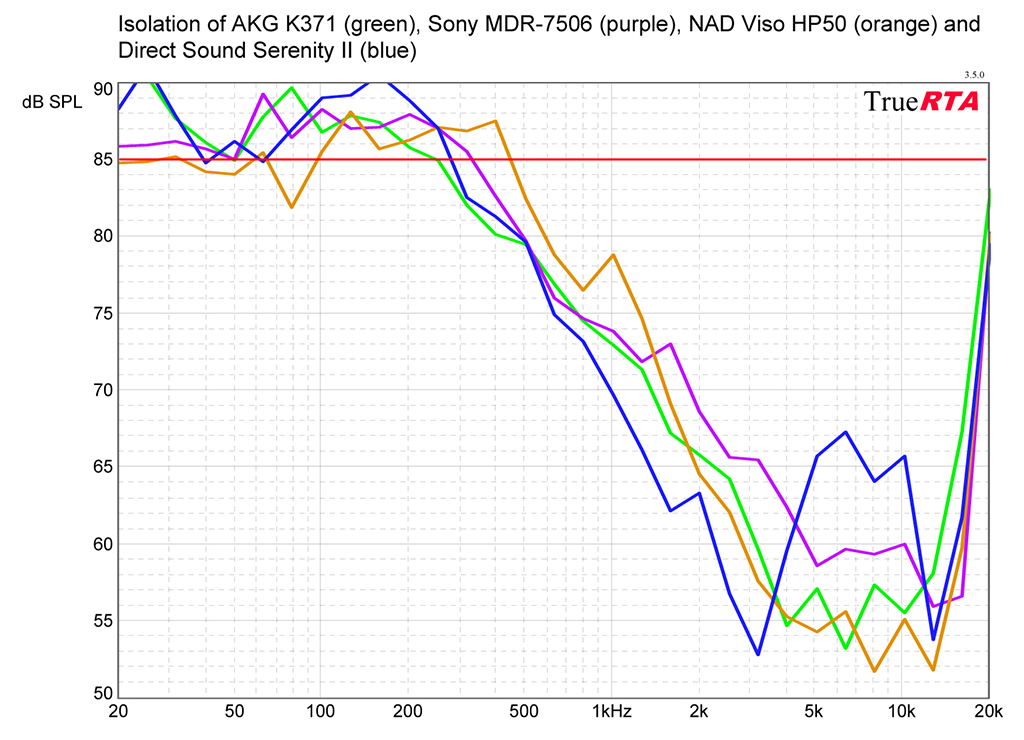 In this chart, the external noise level is 85dB SPL, and numbers below that indicate the degree of attenuation of outside sounds. The isolation of the K371s is about the same as you get from similar professional and consumer headphones. 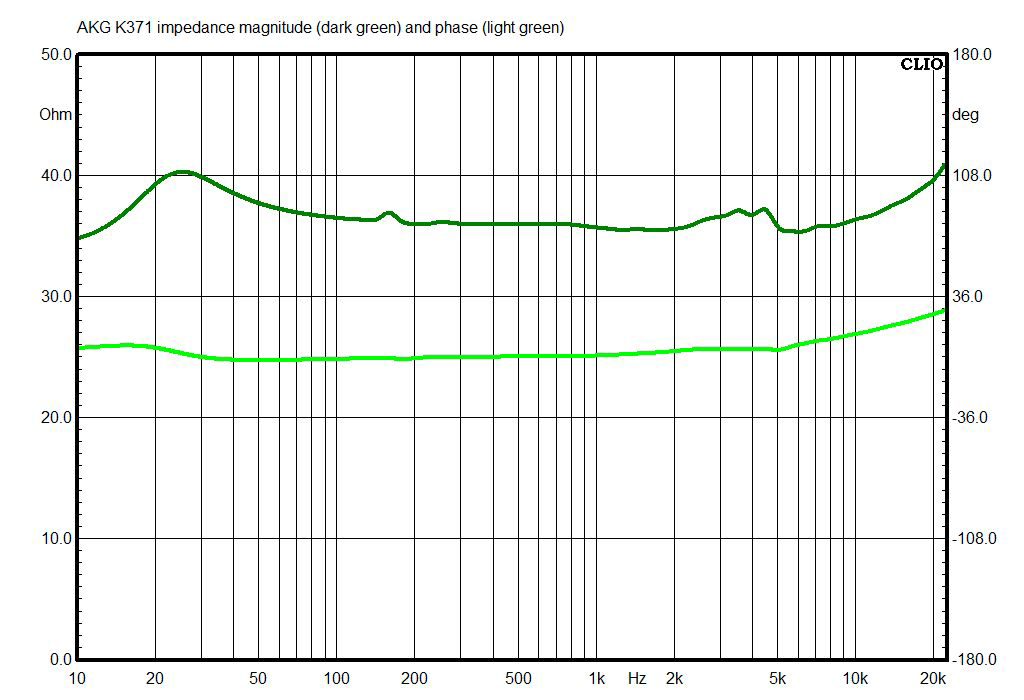 The impedance magnitude of the K371s is fairly flat for dynamic headphones, running between 35 and 41Hz, and the phase response is generally flat, too.

Sensitivity of the K371s, measured between 300Hz and 3kHz, using a 1mW signal calculated for 32 ohms rated impedance, is 106.7dB. That’s several dB below AKG’s rating, but still plenty enough that the K371s will play very loud from any source.