I measured the RH-5 using a Clio 10 FW audio analyzer and a Neutrik NL-1 Minilyzer. Note that my focus with these tests is on measurements that confirm these devices’ basic functionality. Except as noted, I used the unbalanced output. 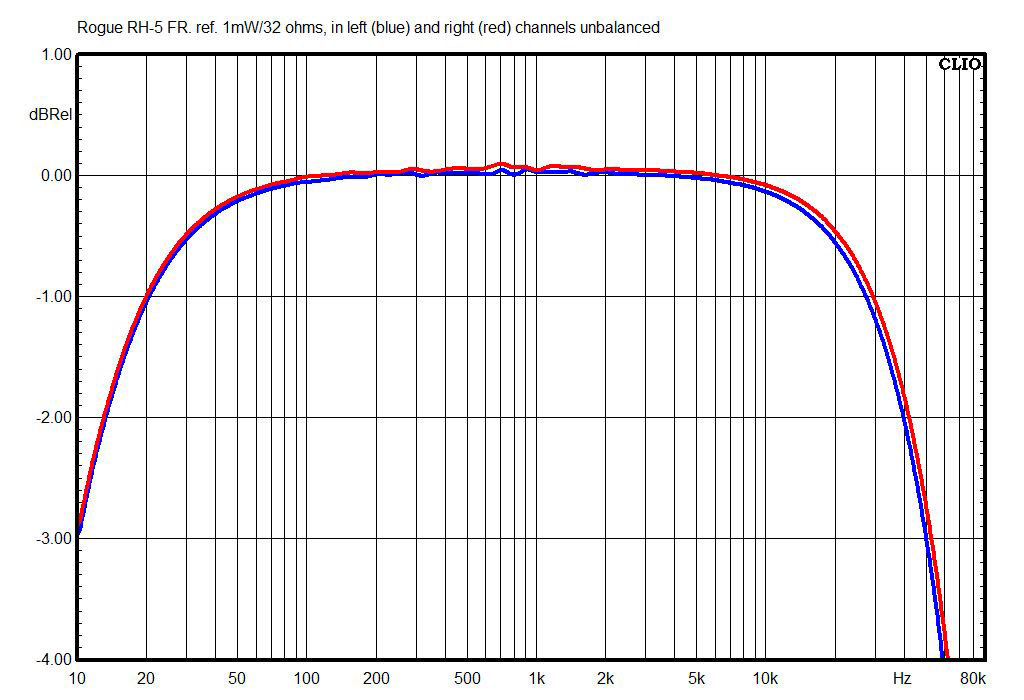 This chart shows the frequency response in the left and right channels at 1mW into a 32-ohm load. Channel tracking is good, with the right channel 0.015dB louder at 1kHz, and 0.095dB less roll-off in the right channel at 20kHz. Response measures -1.0dB at 20Hz, -0.53dB at 20kHz, and -5.66dB at 75kHz. This shows the unbalanced output; the balanced output was essentially the same except for -1.91dB additional roll-off at 10Hz. This measurement was taken with gain set to 3. At gain 2, output is reduced by 4.34dB at 1kHz. Gain 1 reduces the output by an additional 3.78dB. 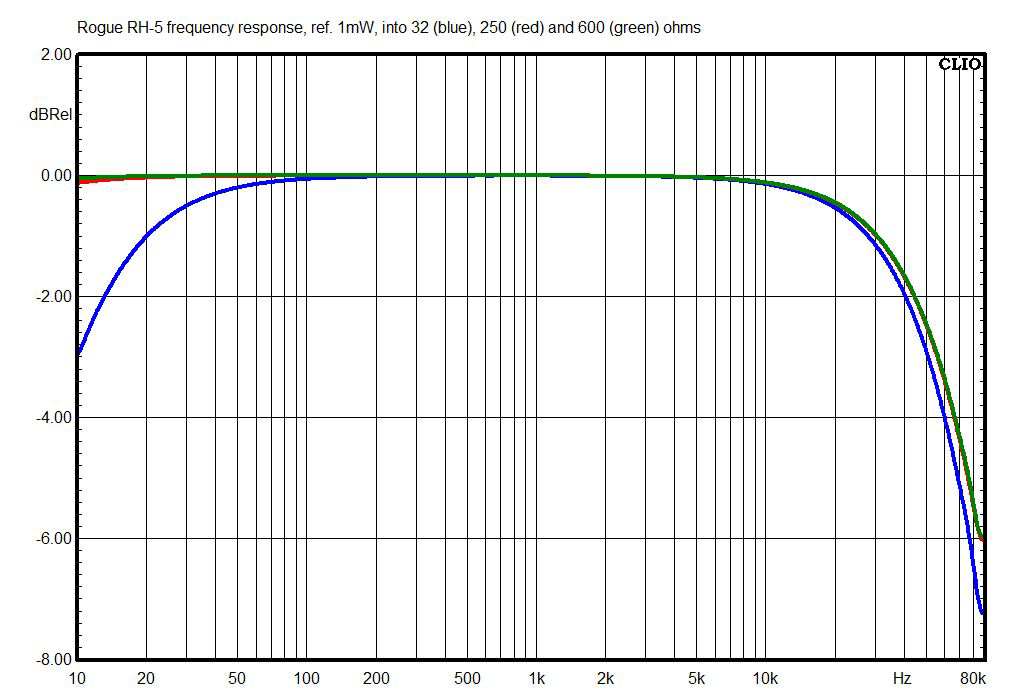 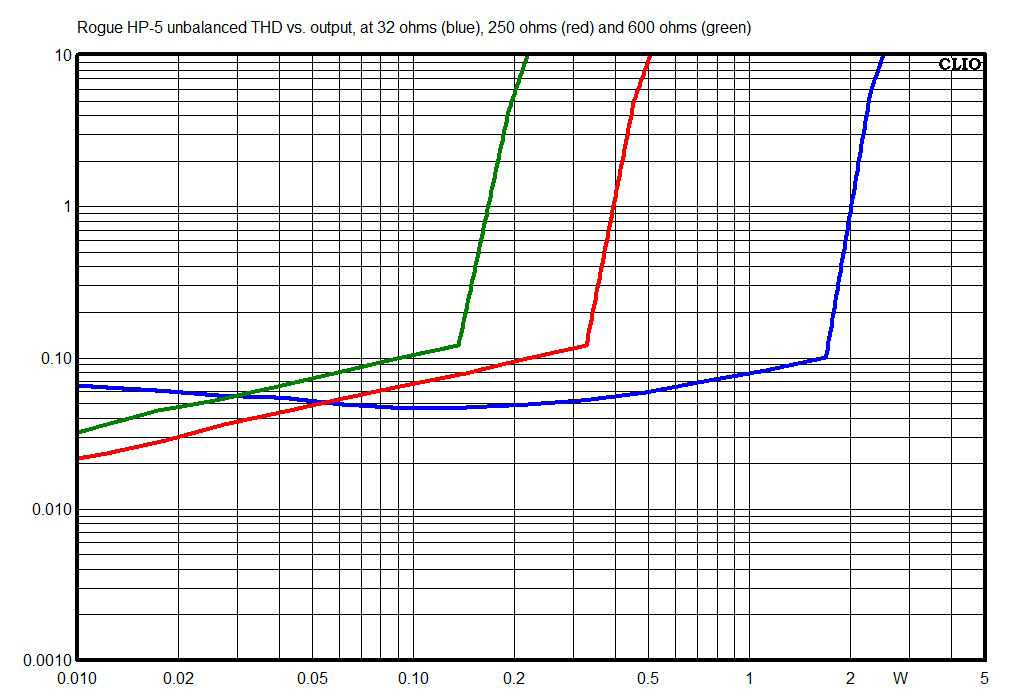 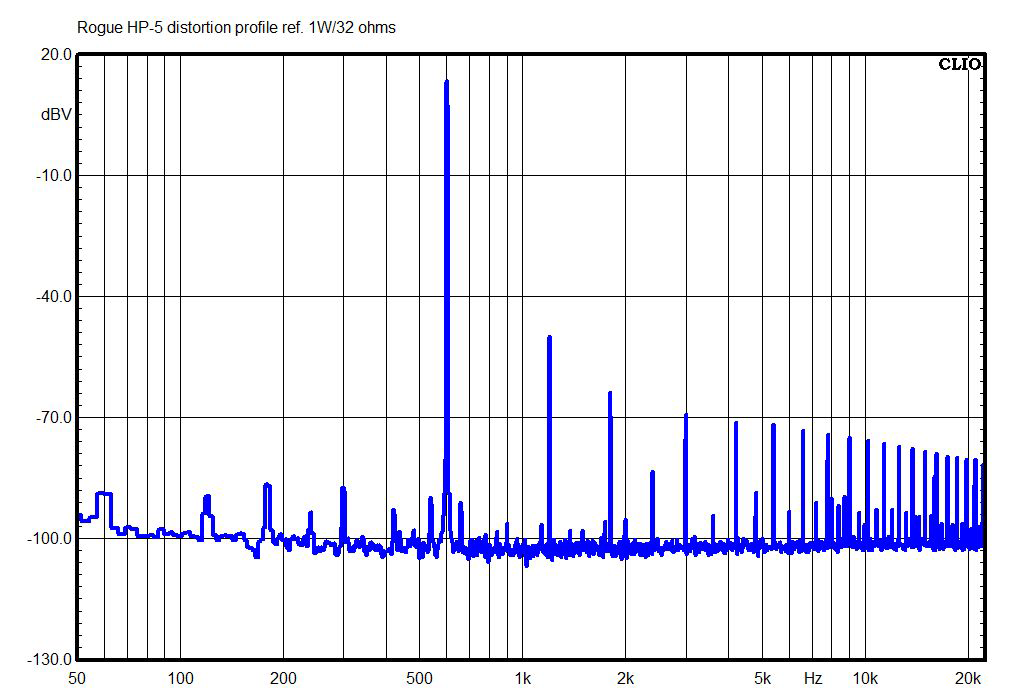 Here you can see the harmonic distortion spectrum and noise floor of the Rogue, referenced to 5.66Vrms (1W) output at 600Hz into 32 ohms. This shows what I’d expect from a hybrid amp. The sonically benign (because it’s exactly one octave above the fundamental tone) second-order harmonic is stronger than we’d probably see with an all-transistor amp, but it’s not as dominant as we’d probably see in an all-tube amp.

Output impedance is rated at less than 0.1 ohm at 1kHz; I measured 0.07 ohm. This means that the output impedance of the amp will not significantly interact with the reactance of the headphones, so you’ll get consistent response no matter what type of drivers your headphones use.