Measurements were taken at both channels’ Coaxial S/PDIF, Line 2, and Phono inputs, at 120V AC line voltage, both channels driven.

All unless otherwise noted: the volume control was set for 5W output into 8 ohms, for an input level into Line 2 of 500mV; the results discussed below are for the left channel only; and an Audio Precision AUX-0025 external low-pass filter was used for the speaker-output measurements.

The NAD D 3045 is a feature-laden little integrated amplifier offering digital inputs as well as analog line and phono inputs.

Chart 1 shows the D 3045’s frequency response with varying loads, with and without the Audio Precision AUX-0025 external low-pass filter. The output LC filtering must have been included in the overall feedback loop to produce a response so invariant with load. Most impressive!

Chart 2 illustrates how the D 3045’s total harmonic distortion plus noise (THD+N) vs. power varies for 1kHz and SMPTE intermodulation test signals and amplifier output load for 8- and 4-ohm loads.

The D 3045’s THD+N as a function of frequency at several different power levels is plotted in Chart 3. The amount of increase of distortion with frequency is admirably low, if not absent -- in my career of measuring many amplifiers, this is very rare.

Chart 5 plots the spectrum of the D 3045’s harmonic distortion and noise residue of a 10W, 1kHz test signal. The AC-line harmonics are low and simple, with some 120Hz visible. The signal harmonics are dominated by third-order harmonics, with second- and higher-order harmonics of much lower magnitude.

Chart 6 is a measure of the phono section’s RIAA equalization error. It shows extremely good accuracy.

Chart 7 is the frequency response of the D 3045’s digital input for sample rates of 44.1, 96, and 192kHz. Of interest is the gentle rolloff of the high frequencies for the two higher rates, which implies less ringing of the leading edges of transient signals.

Chart 8 shows the D 3045’s input/output linearity. This is usually done with a bandpass filter, to exclude noise and see only the signal amplitude. It is also instructive to take the same measurement within an audioband bandwidth, as that shows the ultimate noise level when the signal level descends into the noise. 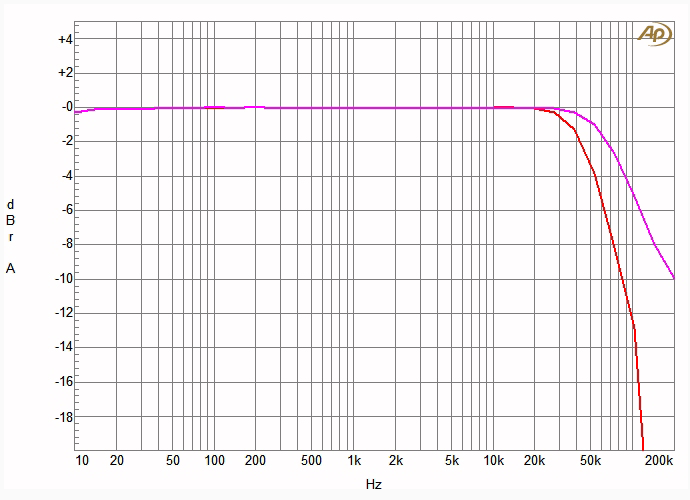 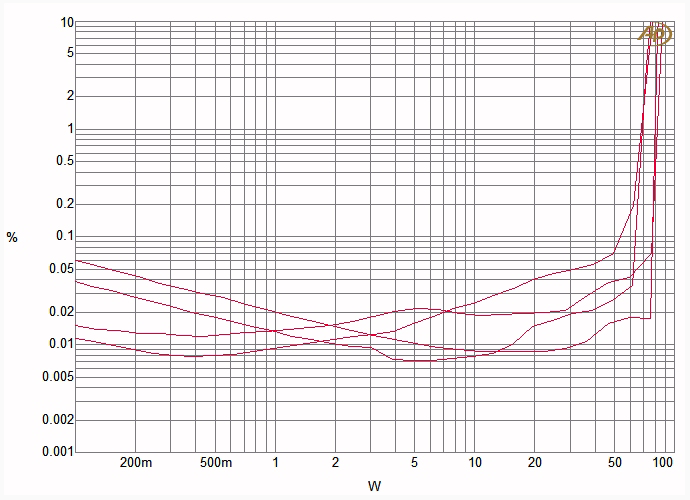 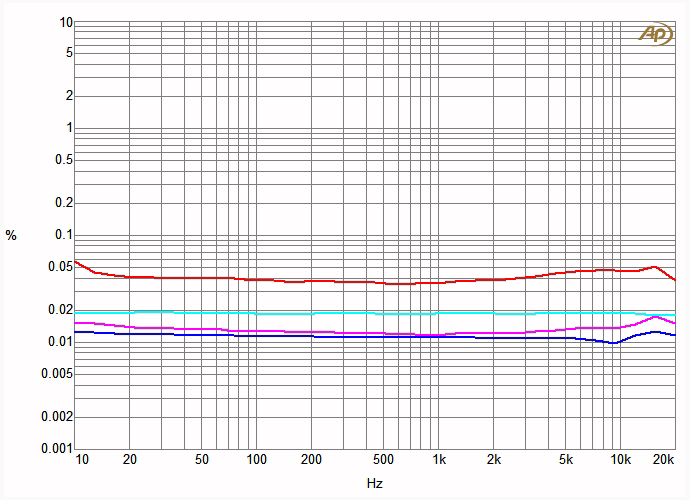 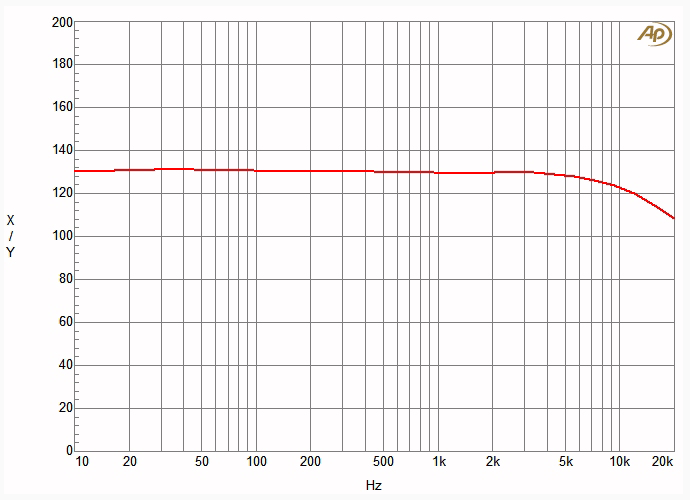 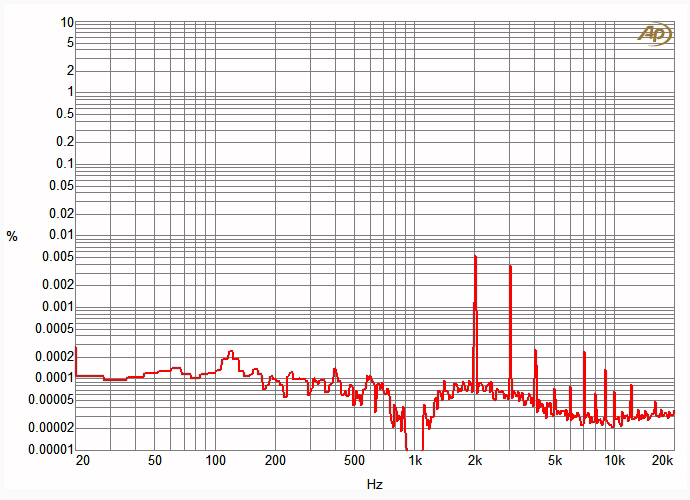 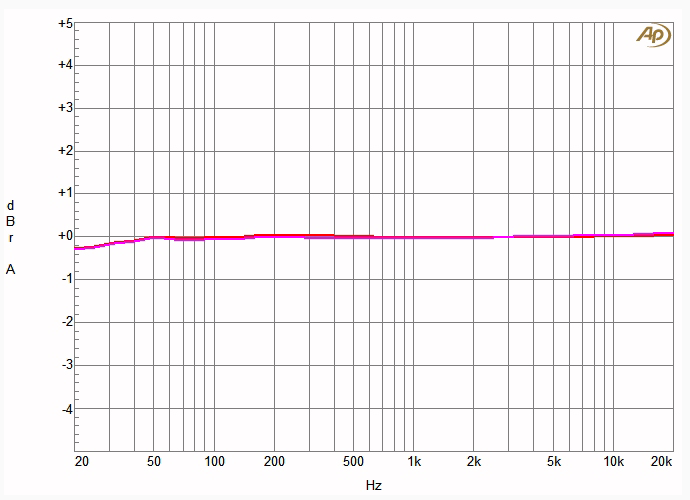 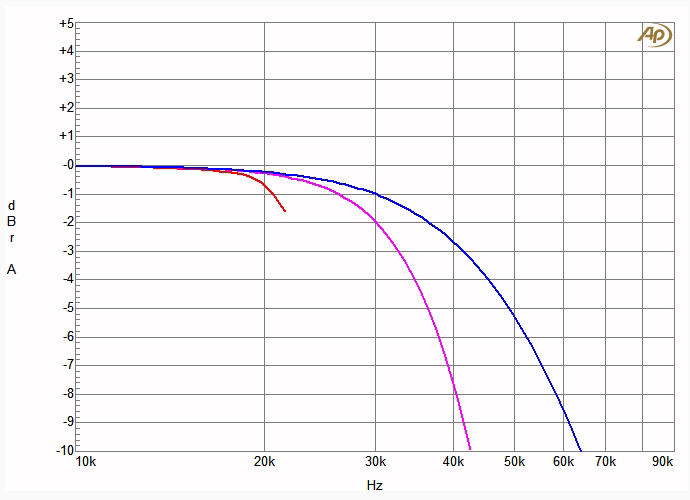 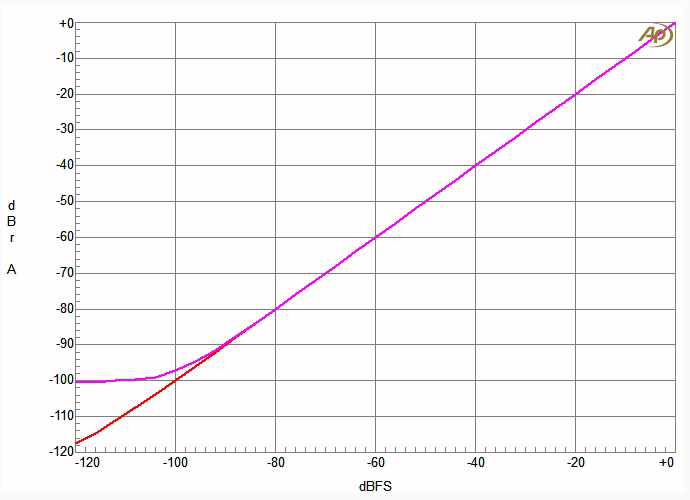