I measured the Lehmannaudio Linear USB II using a Clio 10 FW audio analyzer and a Neutrik NL-1 Minilyzer. Note that my focus with these tests is on measurements that confirm these devices’ basic functionality. I used the analog inputs; unfortunately, I’m currently unable to interface Clio’s coax digital output to USB-only DACs. 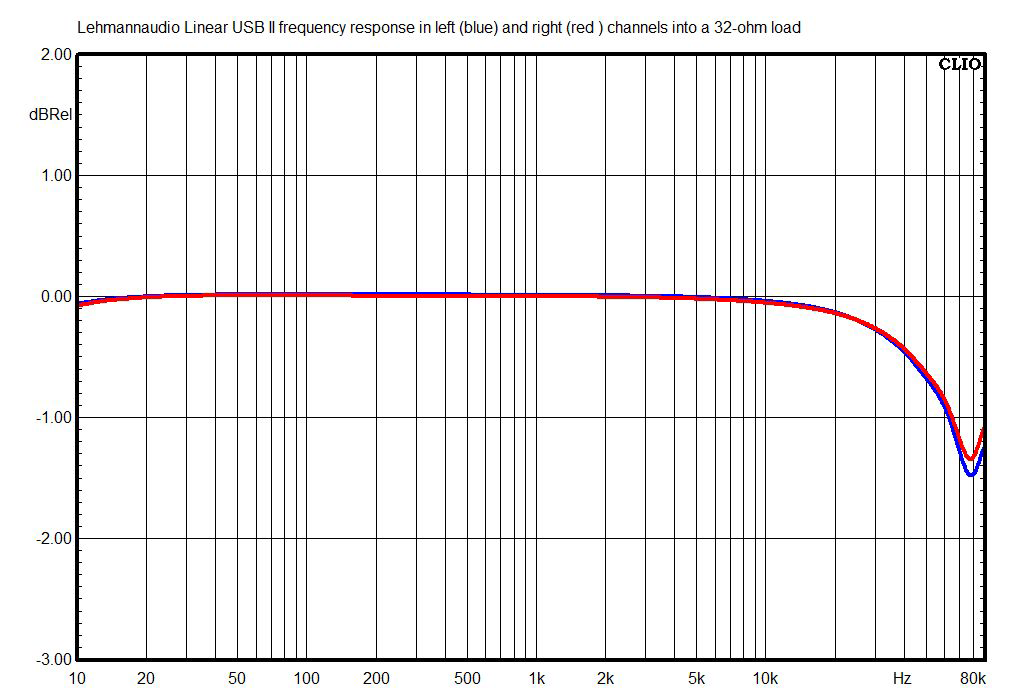 This chart shows the Linear USB II’s frequency response with 1mW output into a 32-ohm load in the left and right channels. Channel matching is excellent, with the right channel measuring just 0.01dB lower in level than the left, and the two having neatly overlapping curves out to 40kHz. 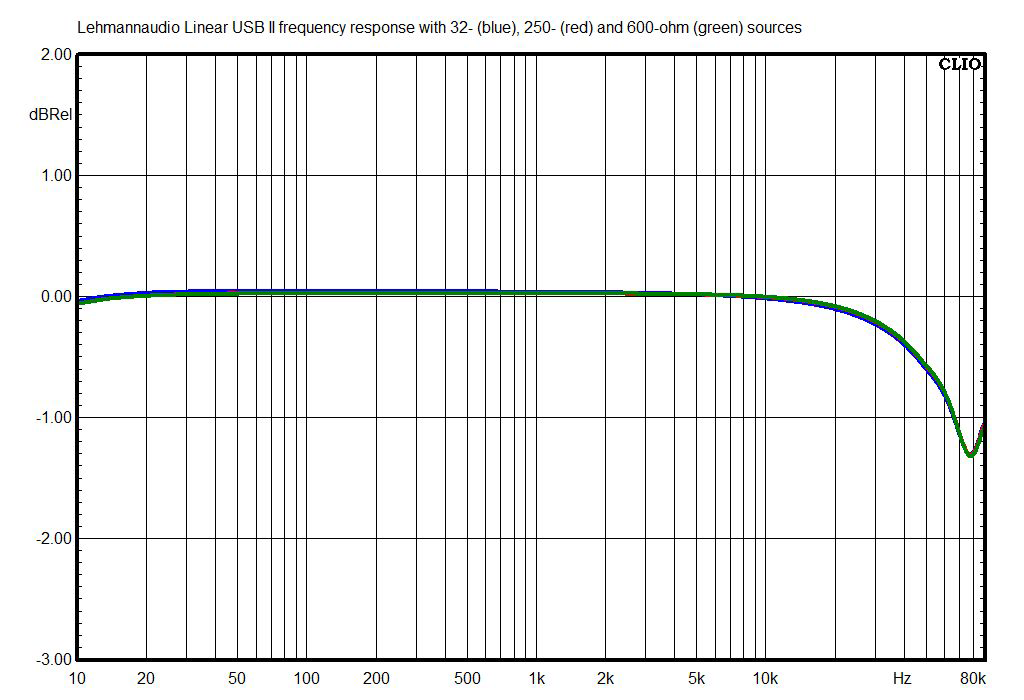 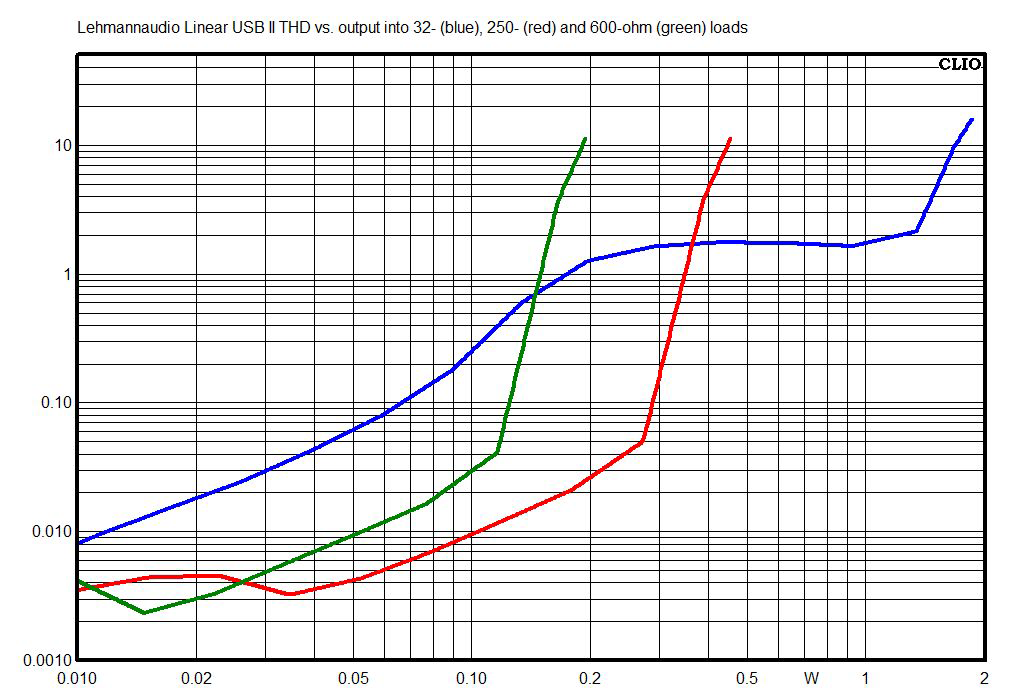 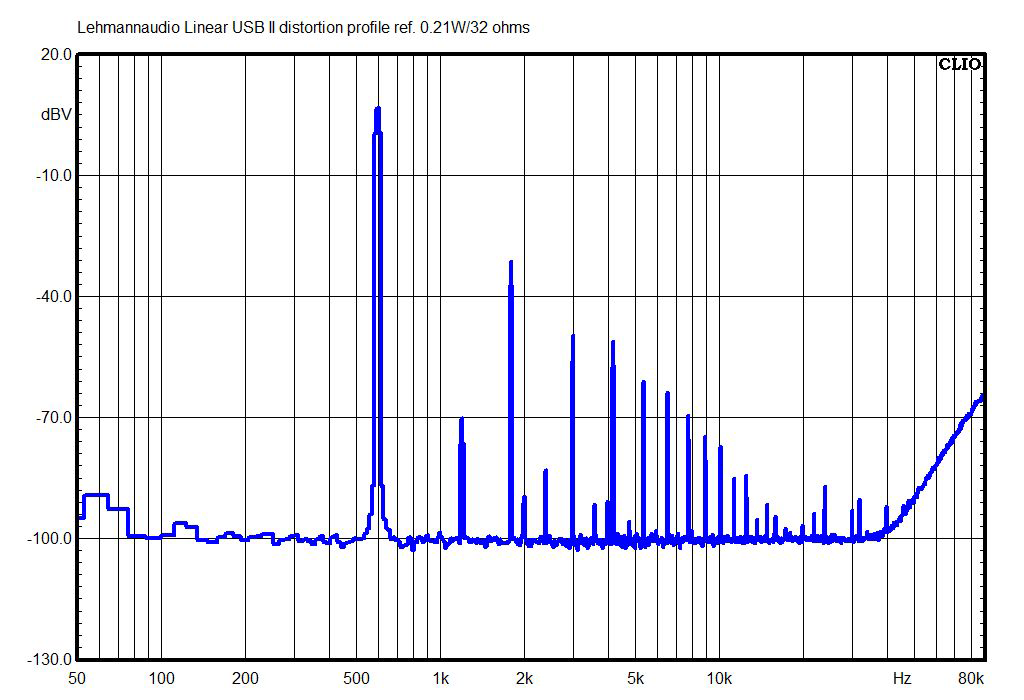 Here you can see the harmonic distortion spectrum and noise floor of the Linear USB II, referenced to 2.59Vrms (210mW) output at 600Hz into 32 ohms. This is pretty typical of a conventional solid-state amp, with much stronger odd-order (3rd, 5th, 7th, and so on) harmonics than even-order (2nd, 4th, 6th, etc.) harmonics. Odd-order harmonics are more objectionable because they occur at non-harmonic intervals to the fundamental tone, but this measurement was done at a far higher level than you’d encounter in normal listening.