I measured the AU-Flex ANCs using laboratory-grade equipment: a G.R.A.S. Model 43AG ear/cheek simulator/RA0402 ear simulator with KB5000/KB5001 simulated pinnae, and a Clio 10 FW audio analyzer. For isolation measurements, I used a laptop computer running TrueRTA software with an M-Audio MobilePre USB audio interface. A MEE Audio Connect Bluetooth transmitter was used to send signals from the Clio 10 FW to the earphones. These are “flat” measurements; no diffuse-field or free-field compensation curve was employed. Note that because of the latency introduced by Bluetooth, I wasn’t able to do a spectral-decay measurement, and of course my usual impedance and sensitivity measurements are irrelevant for wireless headphones. If you’d like to learn more about what our measurements mean, click here. 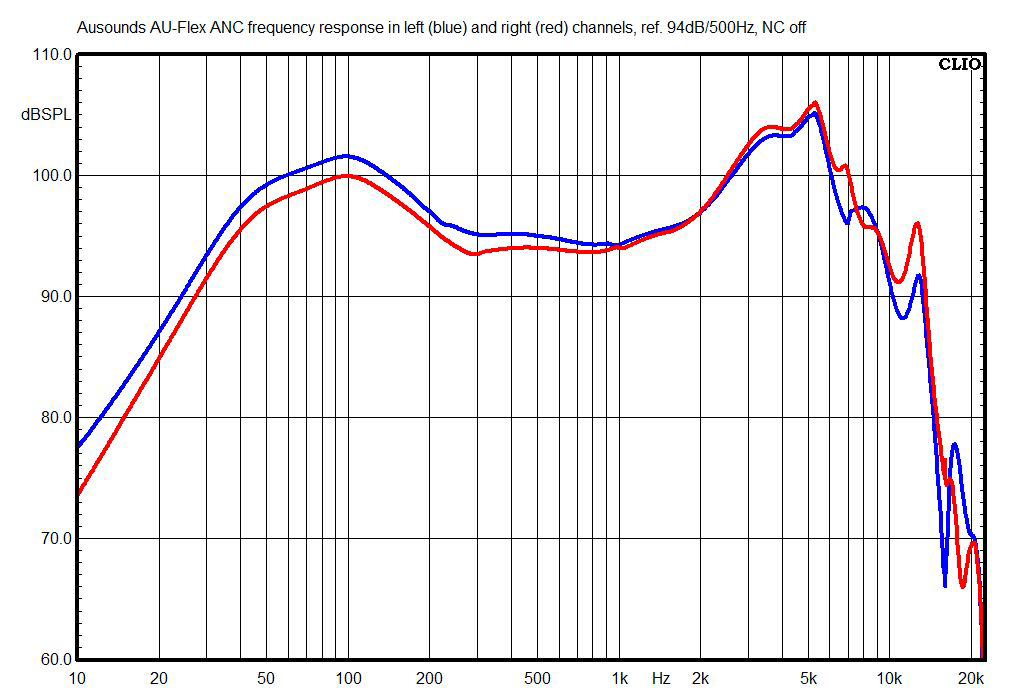 The above chart shows the AU-Flex ANCs’ frequency response measured with the RA0402 ear simulator (I wasn’t able to get an adequate seal using the KB5000 and KB5001 simulated pinnae). Interestingly, there’s little of the usual peak around 3kHz, but a strong peak around 5kHz, and that peak maxes out at about 5.5dB stronger than the bass response, all of which corresponds well with our listening impressions.

The impulse response shows that the latency with the MEE Connect is 175ms. This isn’t bad for Bluetooth earphones, which typically measure a little over 200ms latency, and it’s way better than the true wireless earphones I’ve tested, which typically have more than 300ms latency. The upshot is, you might experience some lip-sync problems when you watch videos using the AU-Flex ANCs, but it probably won’t be horribly distracting. 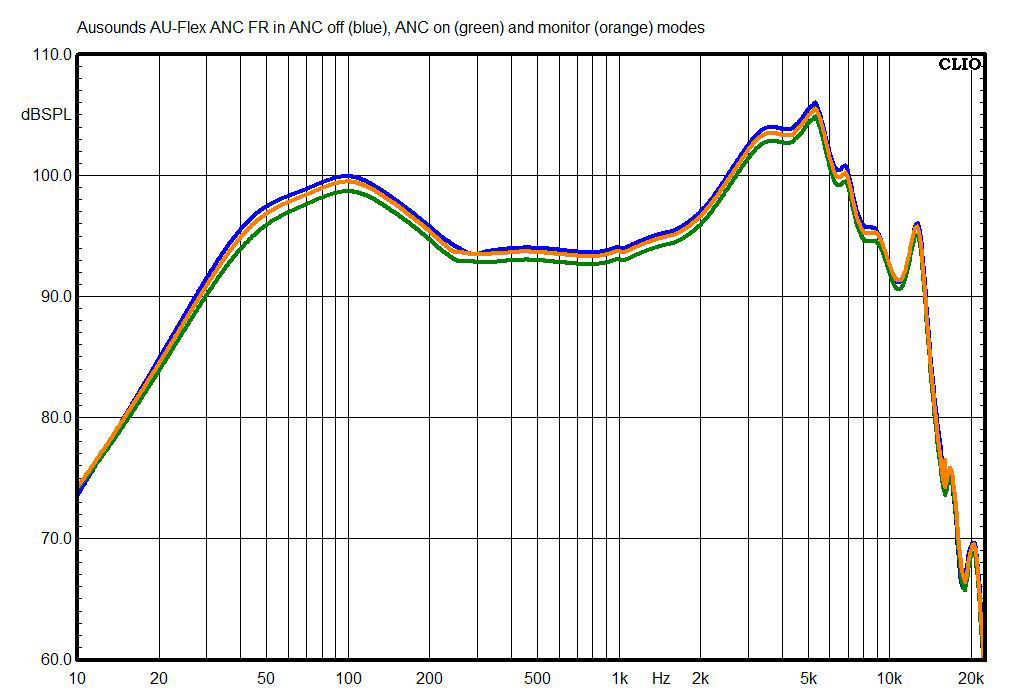 This chart shows the frequency response with ANC on and off, and in monitor (pass-through) mode. This is an amazing result, as the responses match perfectly except for slight differences in level. I’ve never seen such a close match before with noise-canceling headphones. 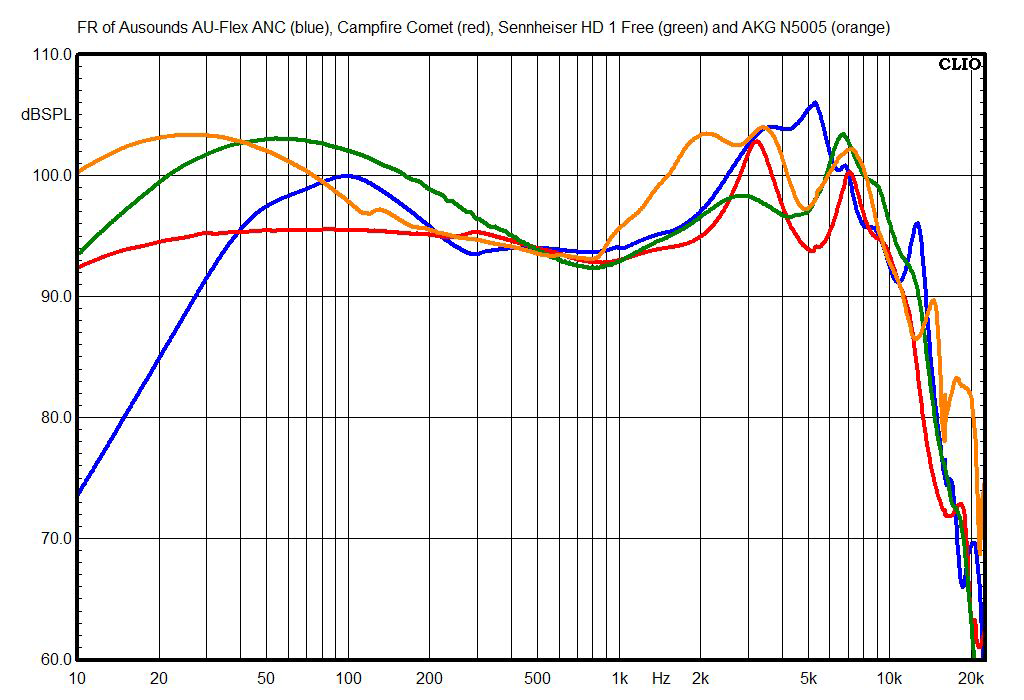 This chart shows the AU-Flex ANCs’ right-channel response compared with the passive Campfire Comet and AKG N5005 (the earphone said to best reflect the Harman curve) earphones, and the Sennheiser HD 1 Free Bluetooth earphones. You can see there’s ample extra energy between 4 and 6kHz, and not much low bass. 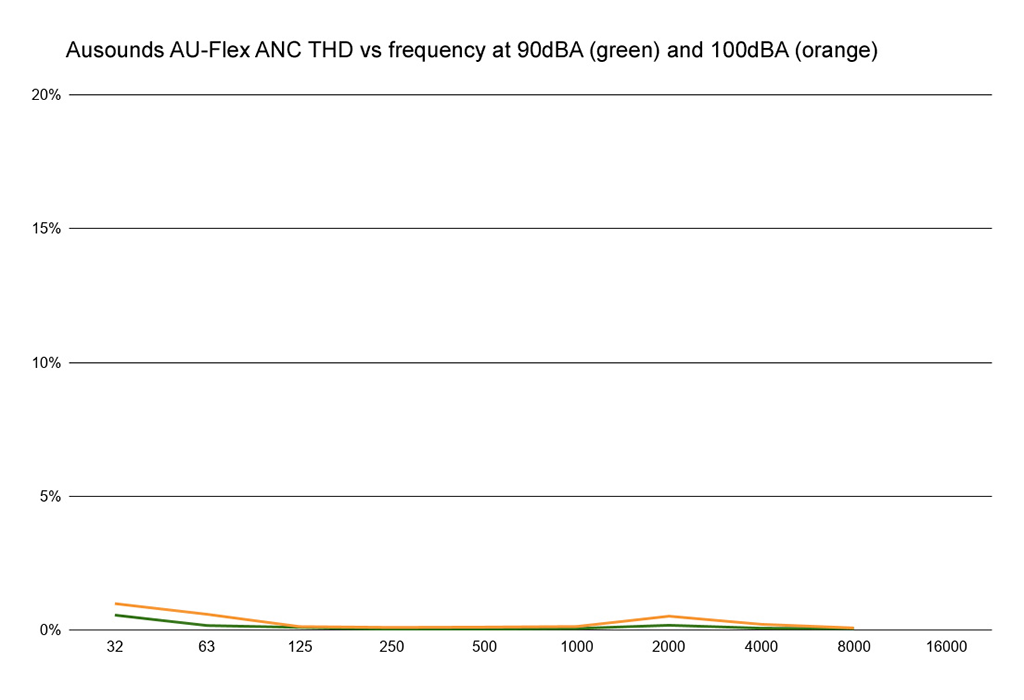 Because of the latency of the Bluetooth connection, I could not use the Clio’s sine sweep function to measure total harmonic distortion (THD) versus frequency, so I did discrete THD measurements of sine tones in one-octave steps. Note that distortion is very low at all frequencies and levels. 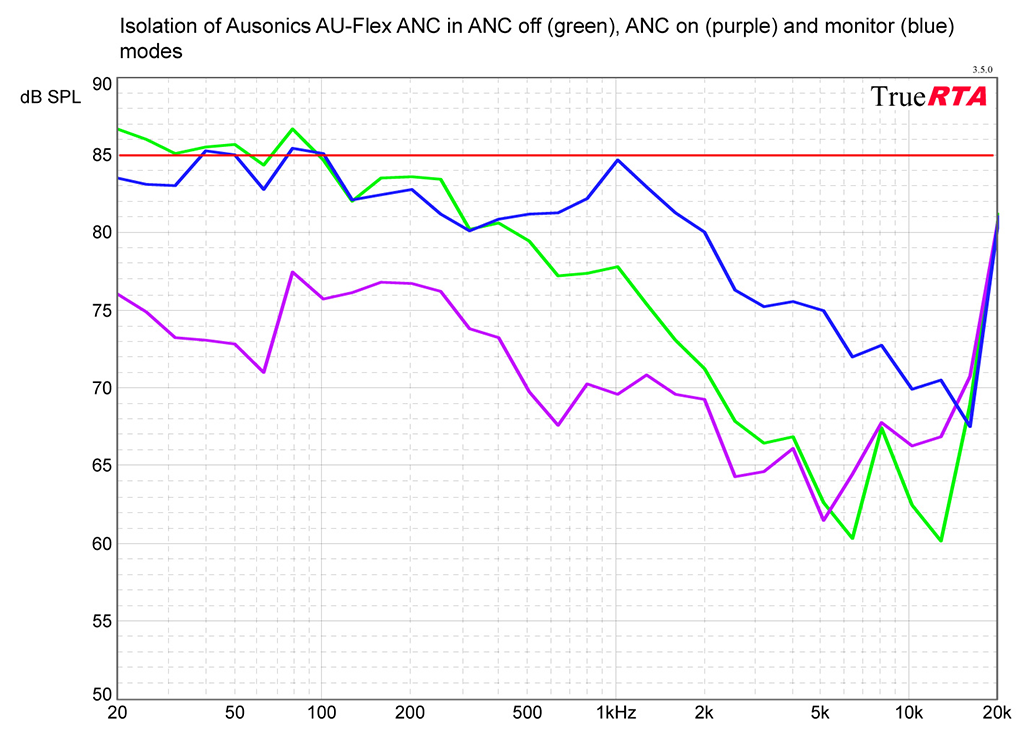 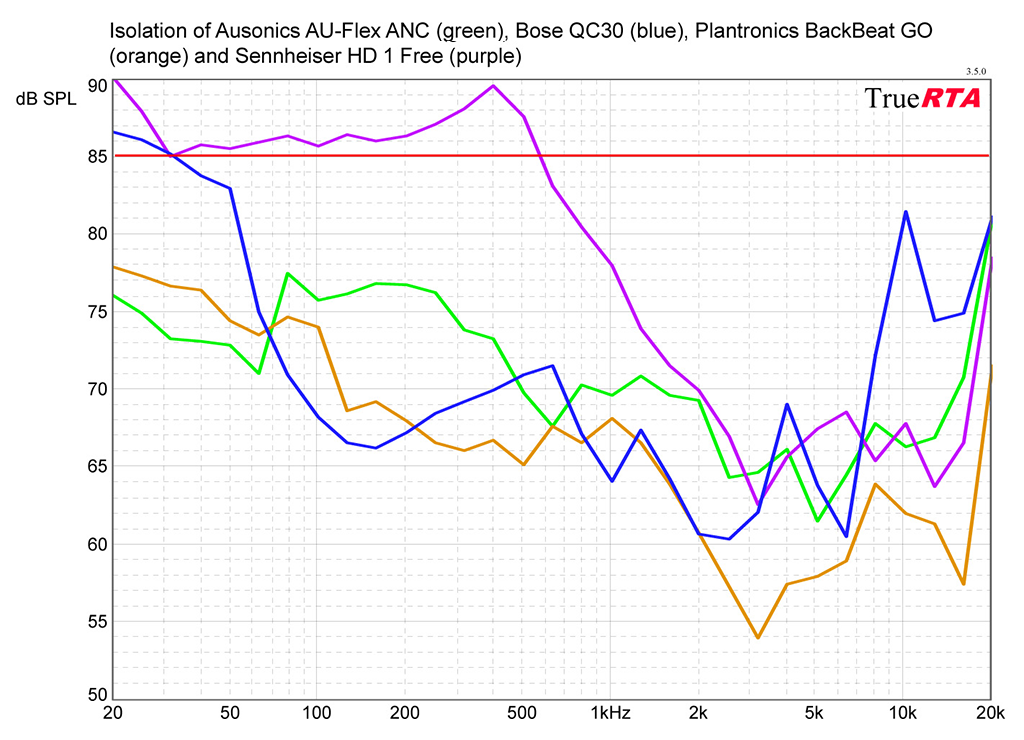