I measured the Nickel using a Clio 10 FW audio analyzer and a Neutrik NL-1 Minilyzer. Note that my focus with these tests is on measurements that confirm these devices’ basic functionality. 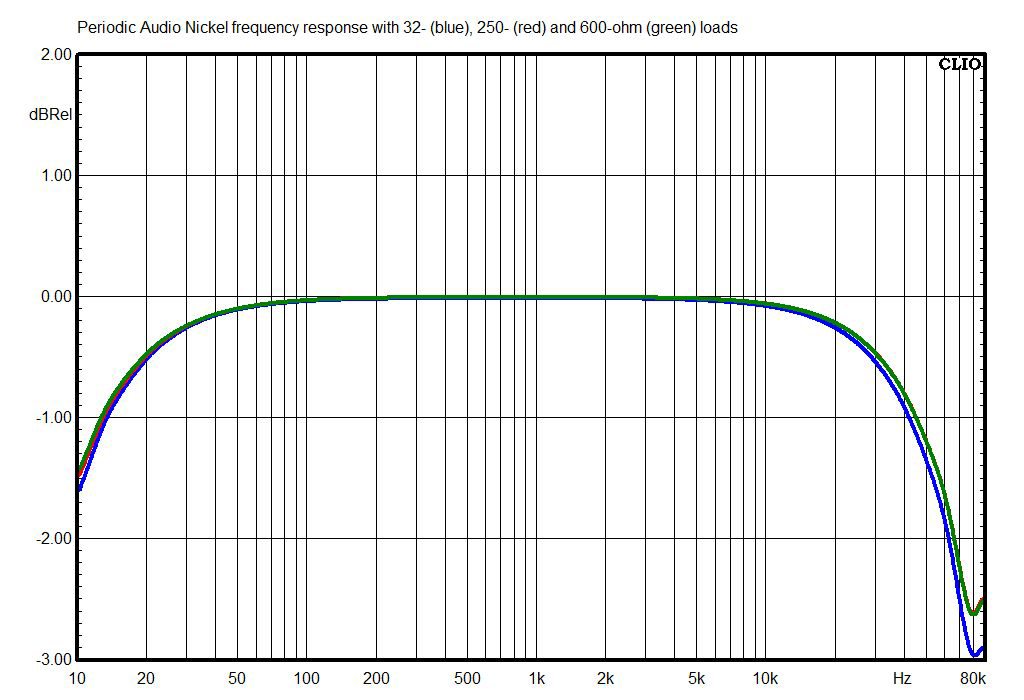 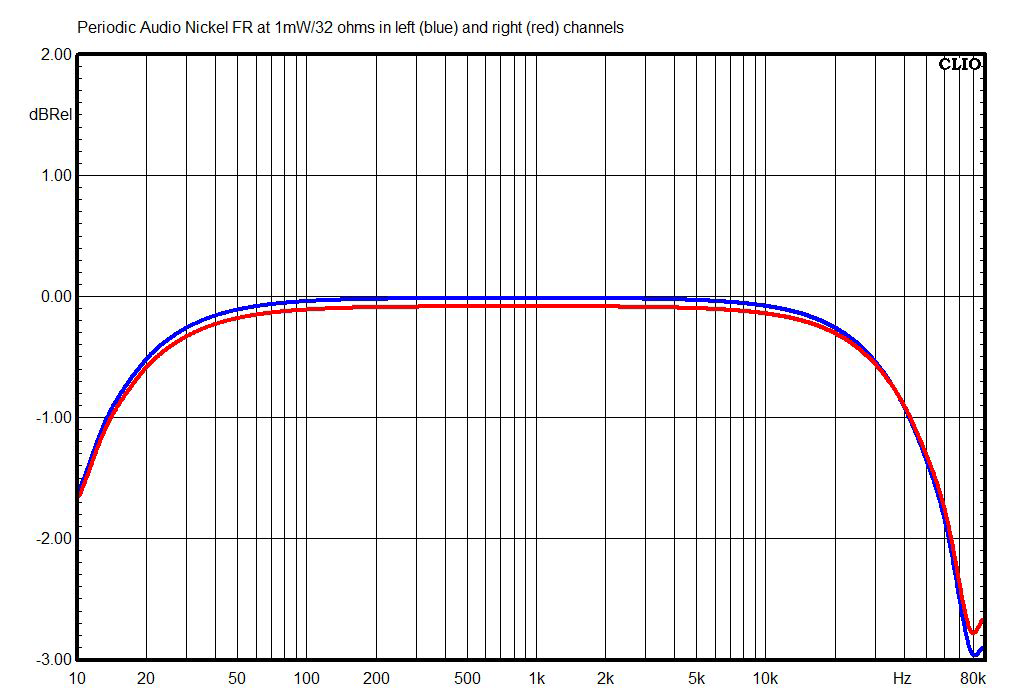 This chart shows the matching of the Nickel’s channels at 1mW into a 32-ohm load. The right channel is 0.069dB lower in level at 1kHz than the left channel, a negligible difference, and the shapes of the response curves match precisely within the audioband. 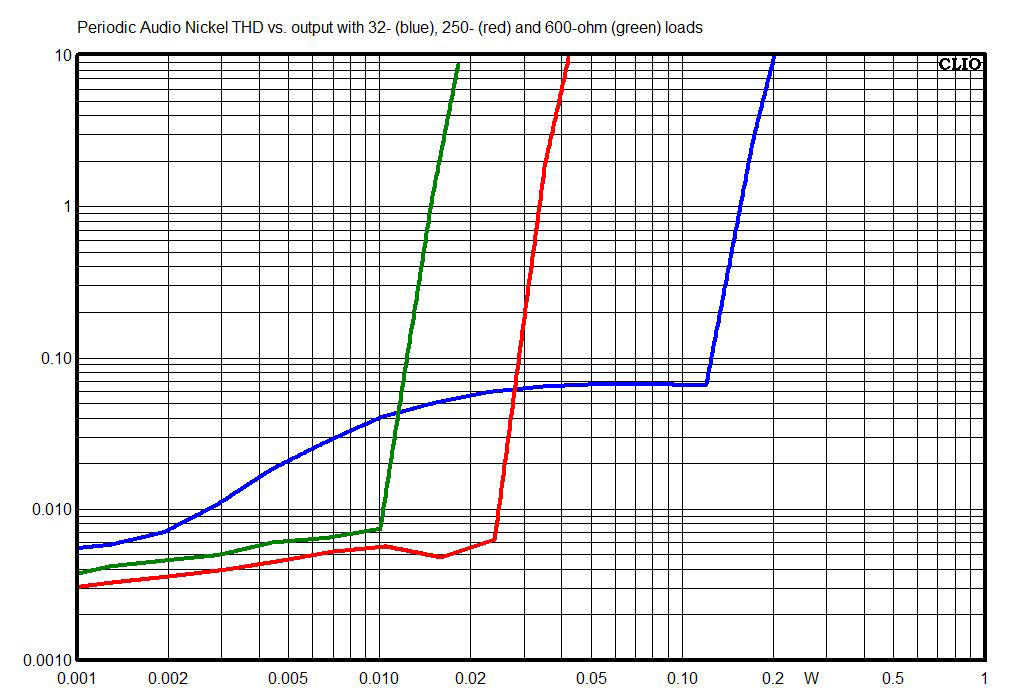 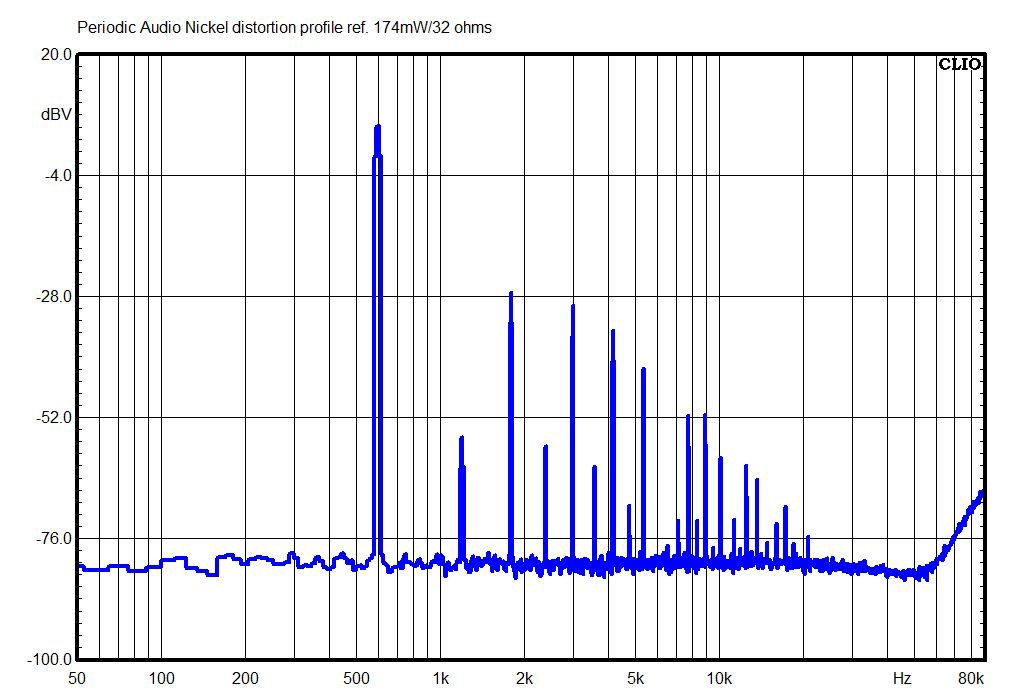 Here you can see the harmonic distortion spectrum and noise floor of the Nickel, referenced to 174mW output at 600Hz into 32 ohms. The distortion is predominantly odd-order (3rd, 5th, 7th harmonics, etc.), although I had to push the amp a little past its limits to even see any even-order (2nd, 4th, 6th, etc.) harmonics.

I measured no-load gain at 5.4dB, a little lower than the rated 6.5dB. Output impedance at 1kHz measures 0.78 ohm. This means the amp’s output impedance will not interact significantly with the reactance of headphones or earphones, and thus won’t alter their frequency response.