I measured the Euterpe using a Clio 10 FW audio analyzer and a Neutrik NL-1 Minilyzer. Note that my focus with these tests is on measurements that confirm these devices’ basic functionality. I used the analog inputs; unfortunately, I’m currently unable to interface Clio’s coax digital output to USB-only DACs. 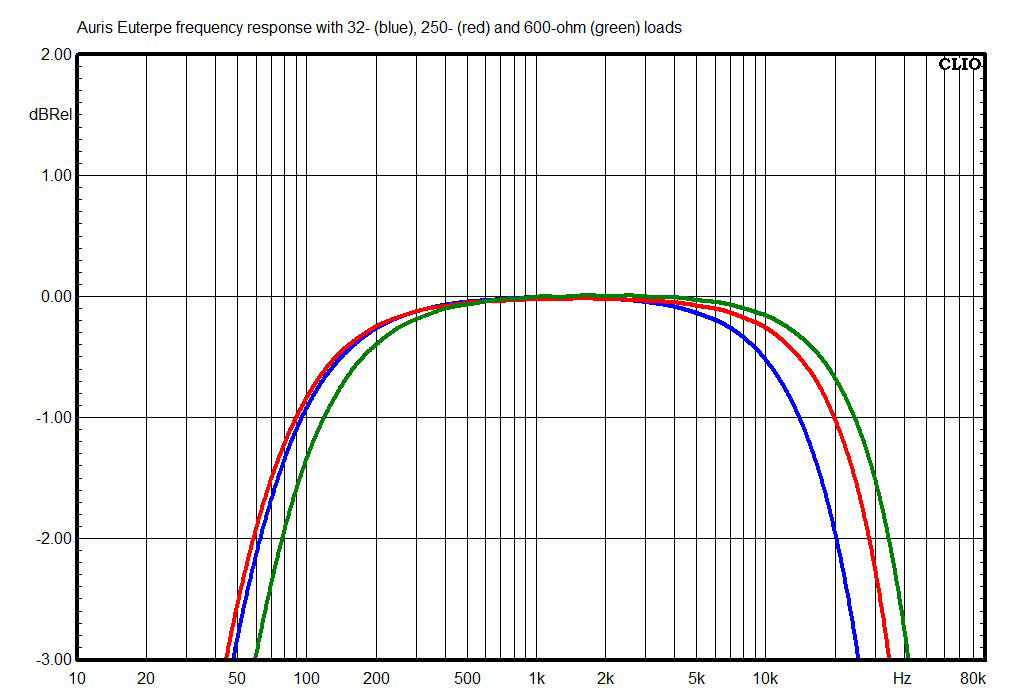 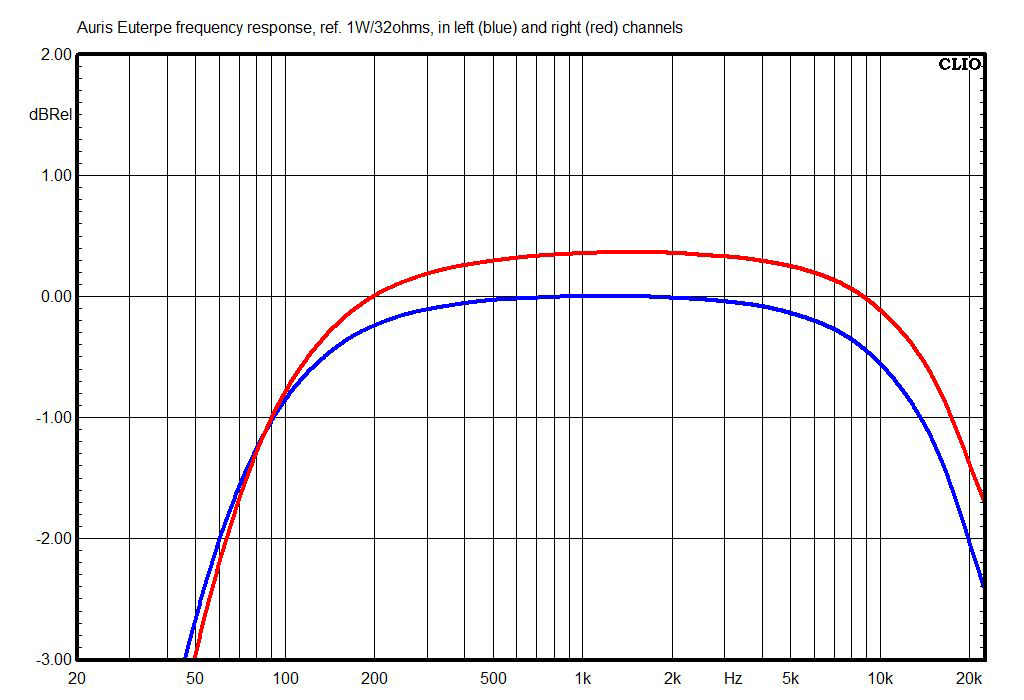 I don’t normally include this chart because in most headphone amps, the channels are so closely matched that the difference isn’t worth noting. This difference here is, though. The right channel (measured into 32 ohms) is 0.36dB higher in level at 1kHz than the left channel is. Although it’s hard to see without normalizing the two curves at a certain frequency, you can see that the right channel’s frequency response is basically shifted to higher frequencies. 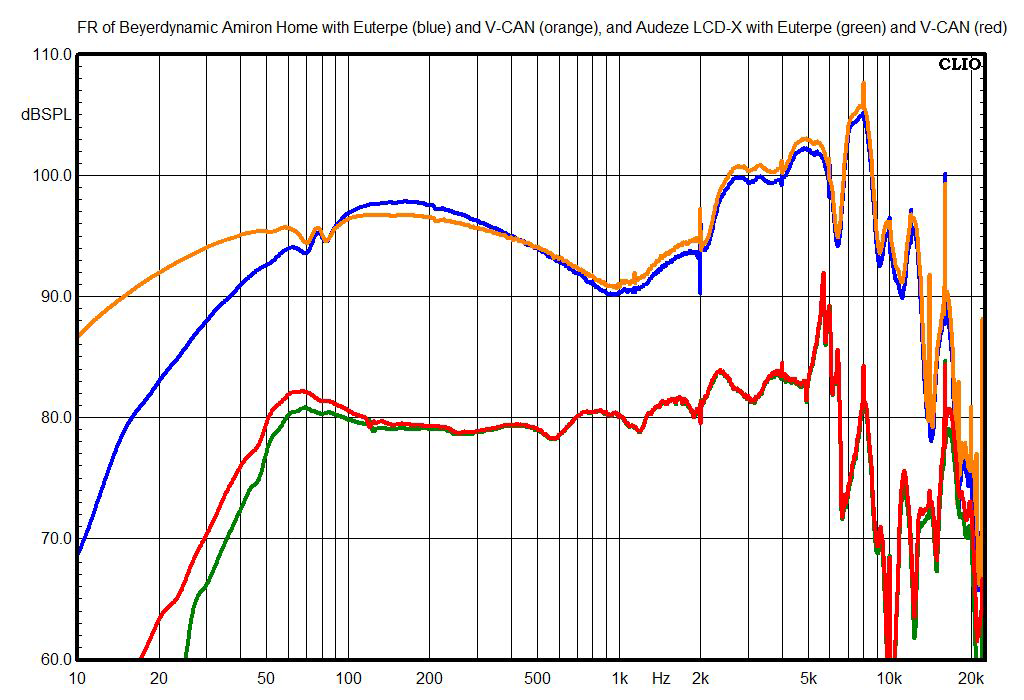 This is another chart I don’t usually show, but I thought it important to show the effects that the Euterpe’s high output impedance will have on the sounds of a couple of different headphones, so I compared the frequency response of two headphones driven by the Euterpe and by the Musical Fidelity V-CAN (output impedance 5 ohms). The lower traces show the response with the Audeze LCD-Xes, a planar-magnetic headphone that has a largely resistive impedance that makes it relatively insensitive to headphone amp output impedance. Still, the Euterpe’s output impedance (with the impedance switch set to L) is enough to reduce the LCD-Xes’ bass by 2.35dB at 50Hz. With the Beyerdynamic Amiron Homes, a dynamic-driver design, the effect is more pronounced -- the Euterpe reduces the Amiron Homes’ bass by 2.73dB at 50Hz, and also tilts the treble up by about 0.84dB. Bottom line: This amp is not neutral, and it will change the sound of your headphones relative to what you’d hear with most other headphone amps, especially ones with a low output impedance. 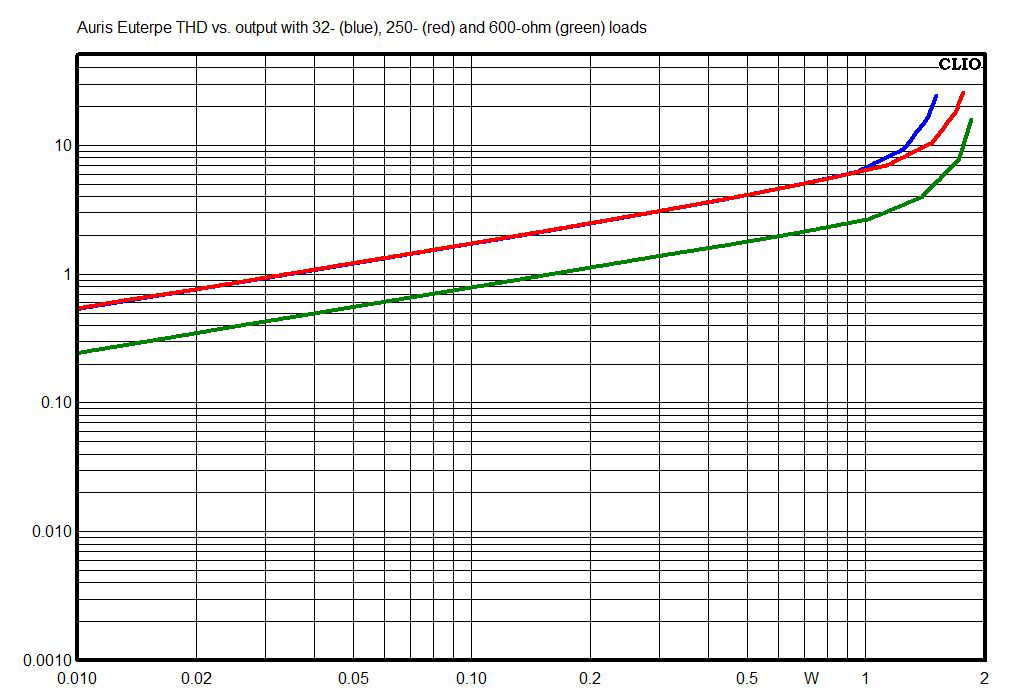 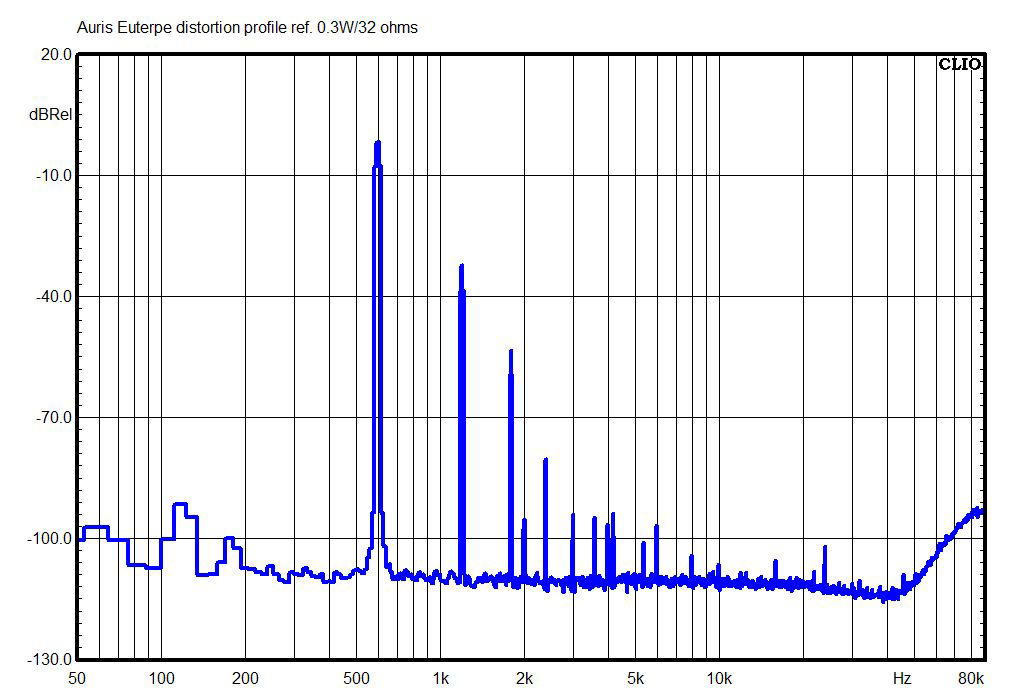 This is an amp with audible frequency response errors and high distortion. There are some audio writers who consider these idiosyncrasies a badge of honor, but I’m not one of them.