I measured the Liquid Platinum using a Clio 10 FW audio analyzer and a Neutrik NL-1 Minilyzer. Note that my focus with these tests is on measurements that confirm these devices’ basic functionality. Because I didn’t have the necessary four-pin XLR adapter that would allow me to measure the balanced output, the measurements below are all with the amp in single-ended mode (using the 1/4” TRS headphone output). I have the parts on order to build the adapter and hope to add those results later. Meanwhile, I was able to measure the frequency response of the HiFiMan HE6se headphones from the balanced and unbalanced outputs, and the results were identical. 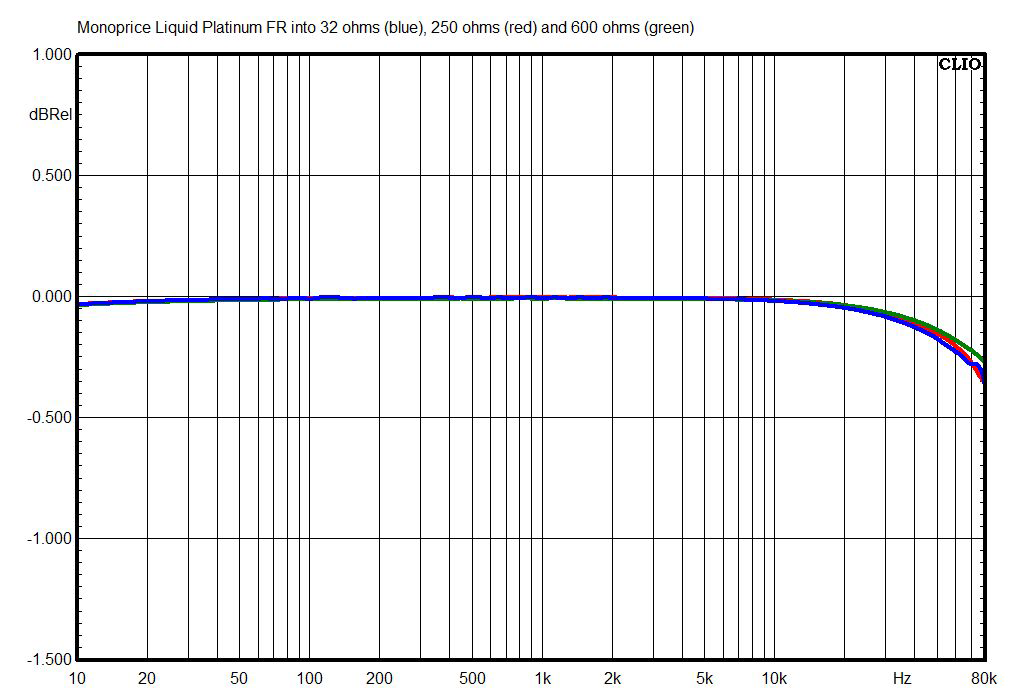 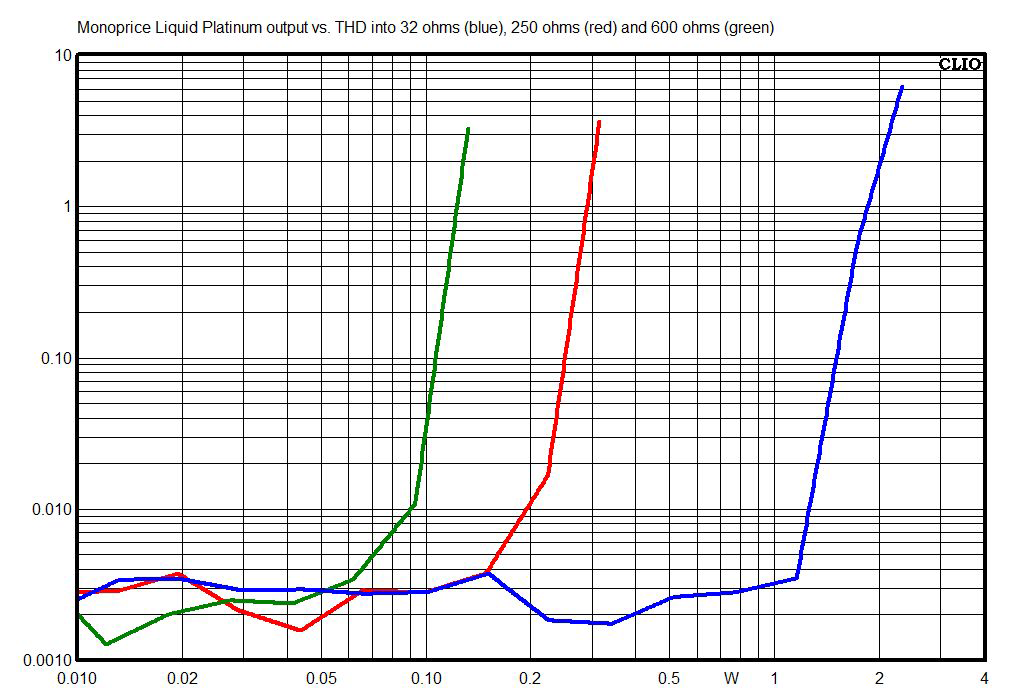 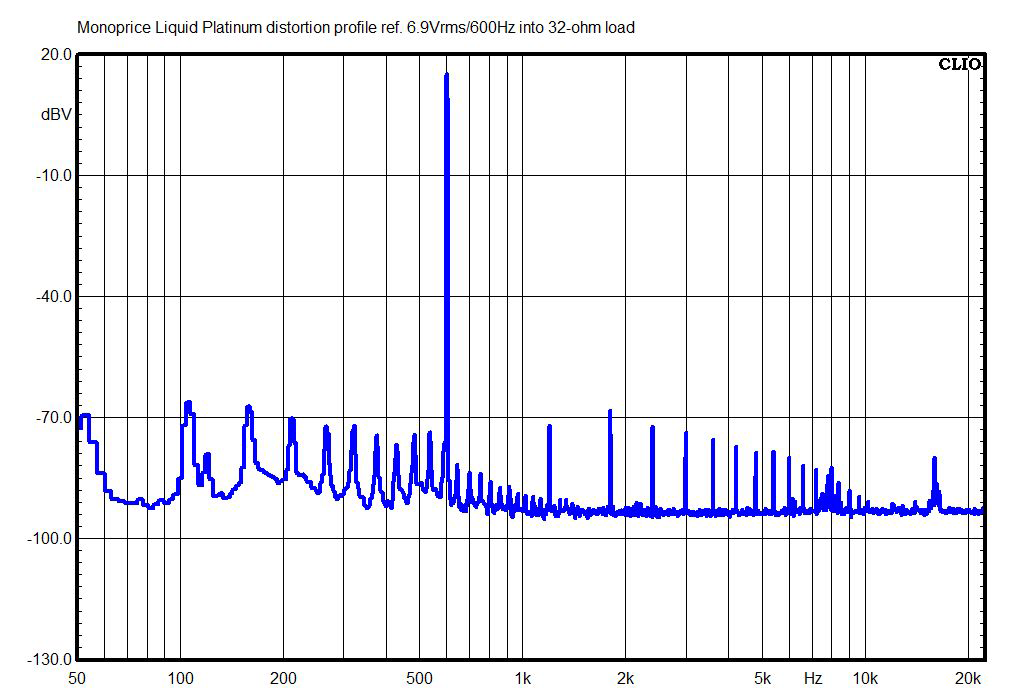 Here you can see the harmonic distortion spectrum and noise floor of the Liquid Platinum, referenced to 1.5Vrms (1W) output at 600Hz into 32 ohms. Distortion is low, and no particular distortion harmonic dominates the spectrum; the first several harmonics are down in the -72dBFS range (plus or minus a couple of dB) relative to the level of the fundamental tone. (For reference, -70dBFS equates to 0.03% harmonic distortion.) We can see some 60-cycle AC hum and its harmonics, typically in the range of -70dBFS. The noise floor of the amp at this level is down around -92dBFS, which is pretty good for a device with tubes in the signal chain.

I measured output impedance of the 1/4” headphone jack at under 0.3 ohm at 1kHz, which is about as low as I can measure with my voltage divider; Monoprice rates it at 0.07 ohm. Either way, it’s easily low enough that the output impedance won’t react significantly with the reactance of the headphones, and thus won’t change their frequency response.