I measured the Next headphones using laboratory-grade equipment: a G.R.A.S. Model 43AG ear/cheek simulator/RA0402 ear simulator with KB5000/KB5001 simulated pinnae, and a Clio 10 FW audio analyzer. For isolation measurements, I used a laptop computer running TrueRTA software with an M-Audio MobilePre USB audio interface. The headphones were amplified using a Musical Fidelity V-CAN and an Audio-gd NFB-1AMP. These are “flat” measurements; no diffuse-field or free-field compensation curve was employed. 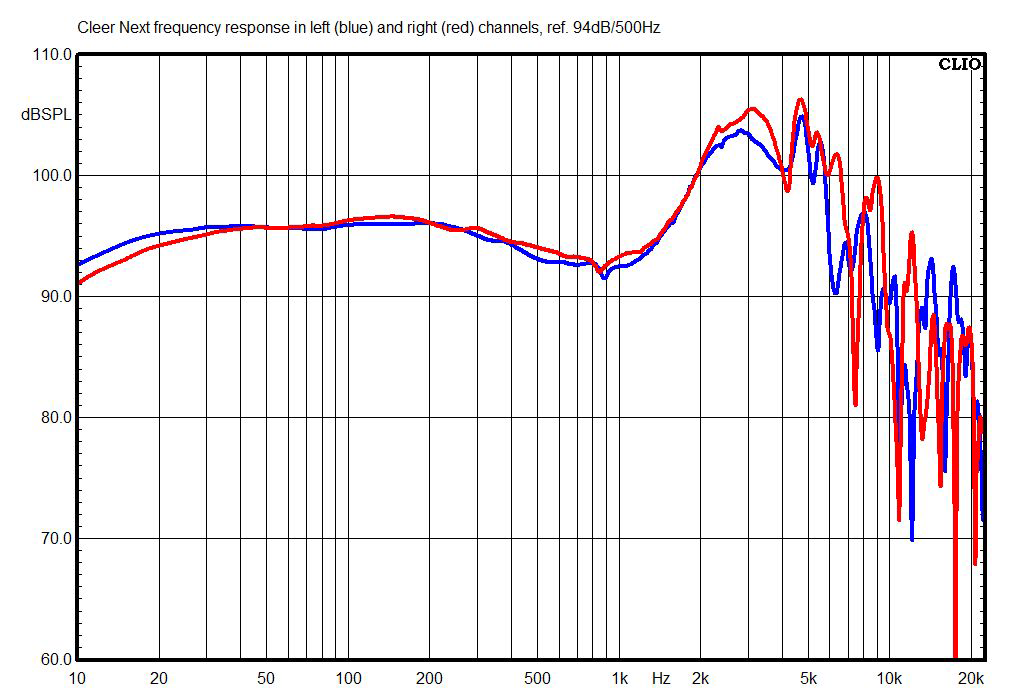 The above chart shows the Nexts’ frequency response. Surprisingly, considering our listeners’ reactions, this response is within the range of normal for headphones, but we can see two idiosyncrasies that correspond with our subjective impressions. There’s a shallow but unusually broad bass boost -- it spans about five octaves, while dynamic headphones might typically show a stronger but much narrower boost about two-and-a-half octaves wide. Also, the peak at 5.7kHz is a little stronger than the 3kHz peak. I’d normally expect that peak to be about 3 to 6dB weaker than the 3kHz peak. 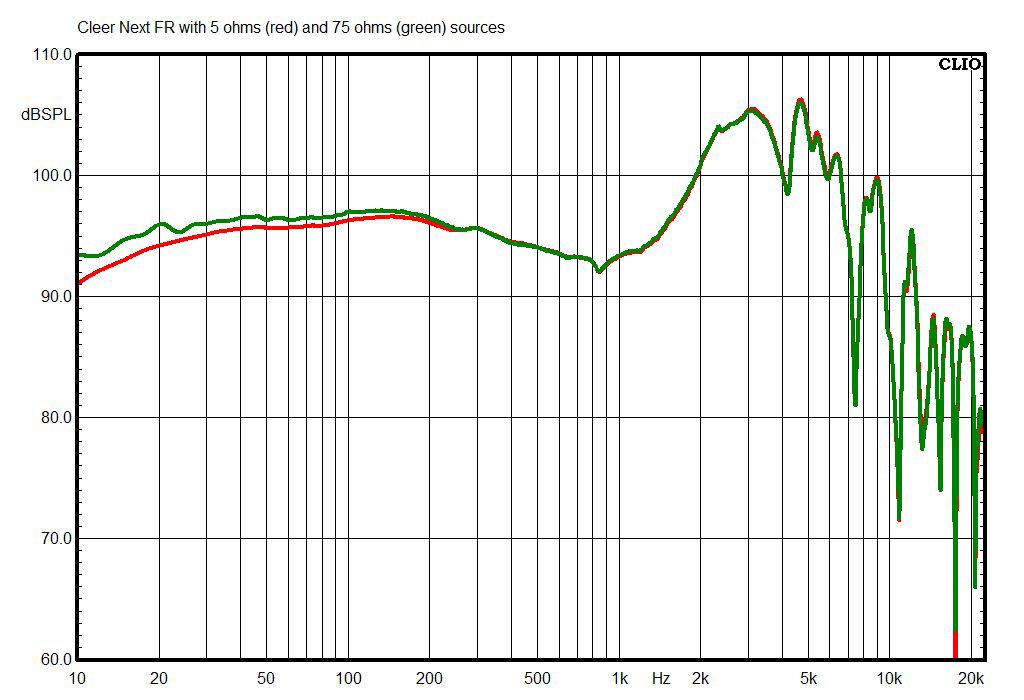 This chart shows how the Nexts’ tonal balance changes when they’re used with a high-impedance (75 ohms) source, such as a cheap laptop or some cheap professional headphone amps. Using the higher-impedance source produces a very slight increase in the bass of about 1dB at 50Hz. 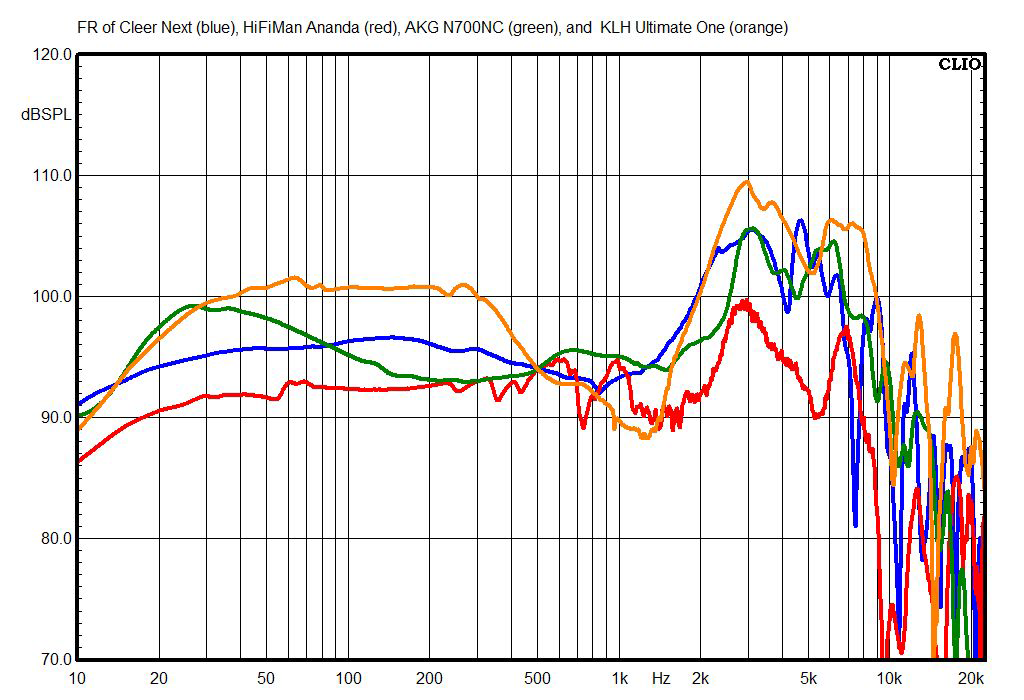 This chart shows the Nexts’ right-channel response compared with a few other audiophile headphones in the same approximate price range as well as with the AKG N700NCs, the headphones that probably come closest to conforming to the so-called “Harman curve.” The Nexts are close in some ways to the AKG N700NCs, although with a weaker and much broader bump in the bass, and more energy between 5 and 6kHz. 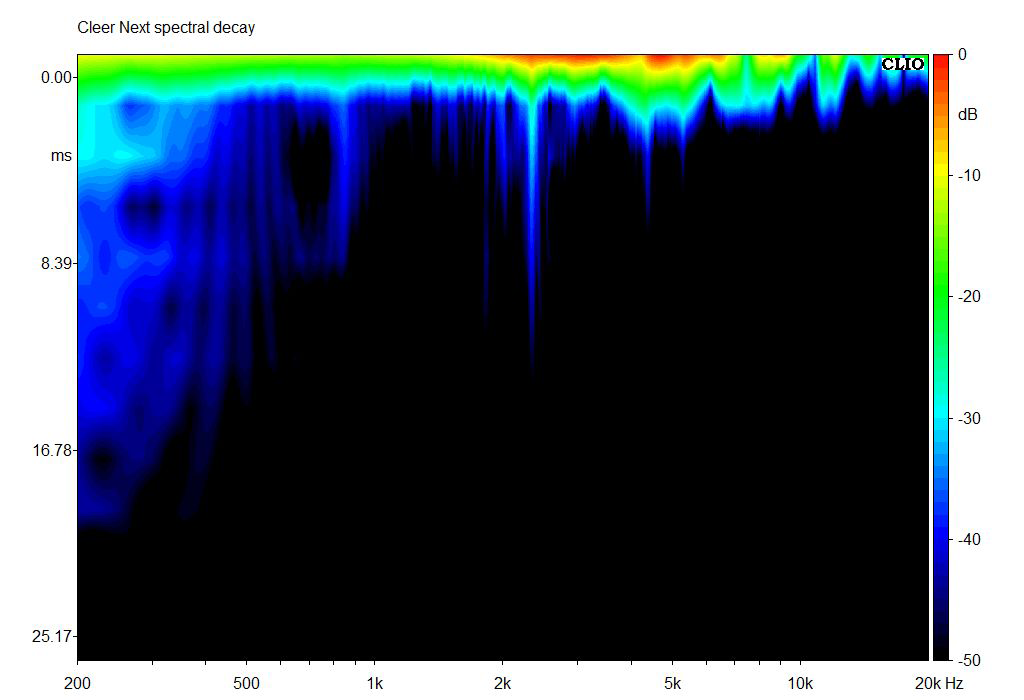 The Nexts’ spectral decay (waterfall) chart shows near-zero resonance across the entire audioband. There’s just one very high-Q (i.e., narrow) resonance centered at 2.3kHz, which corresponds with a quarter-wavelength of about 1.5”, so it might be occurring within the earpads. 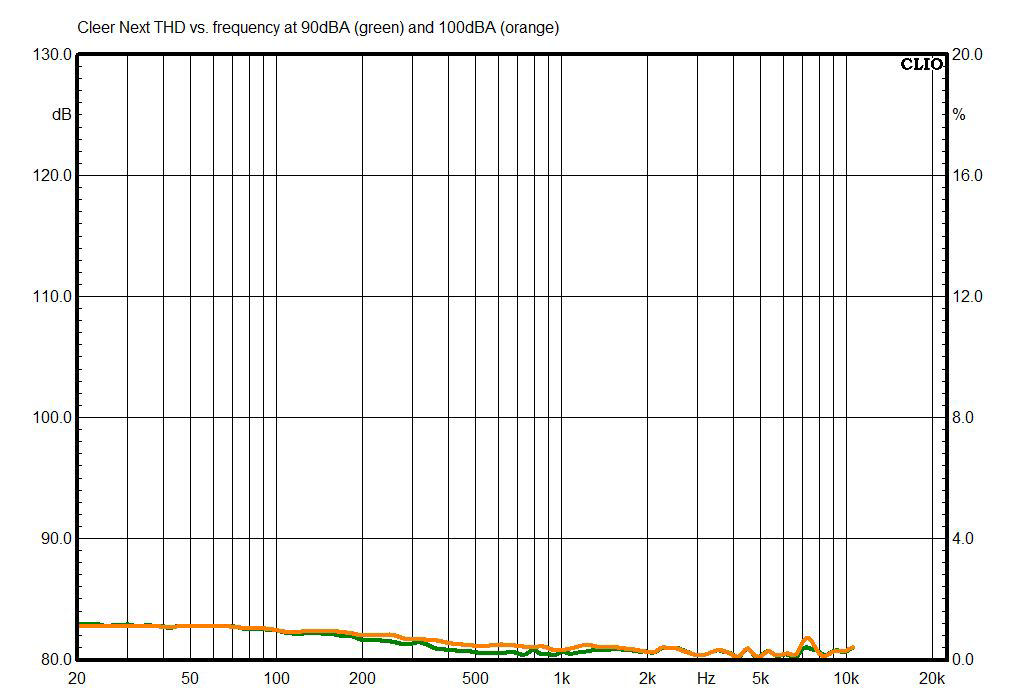 The Nexts’ measured total harmonic distortion (THD) is unusual in that it’s basically flat at 3% in the bass at both of the test-signal levels I use for measuring. Normally it would rise at the higher level. Although it’s a little strange, I’d guess it isn’t a big deal, as 10% is the commonly accepted threshold for distortion audibility in subwoofers. 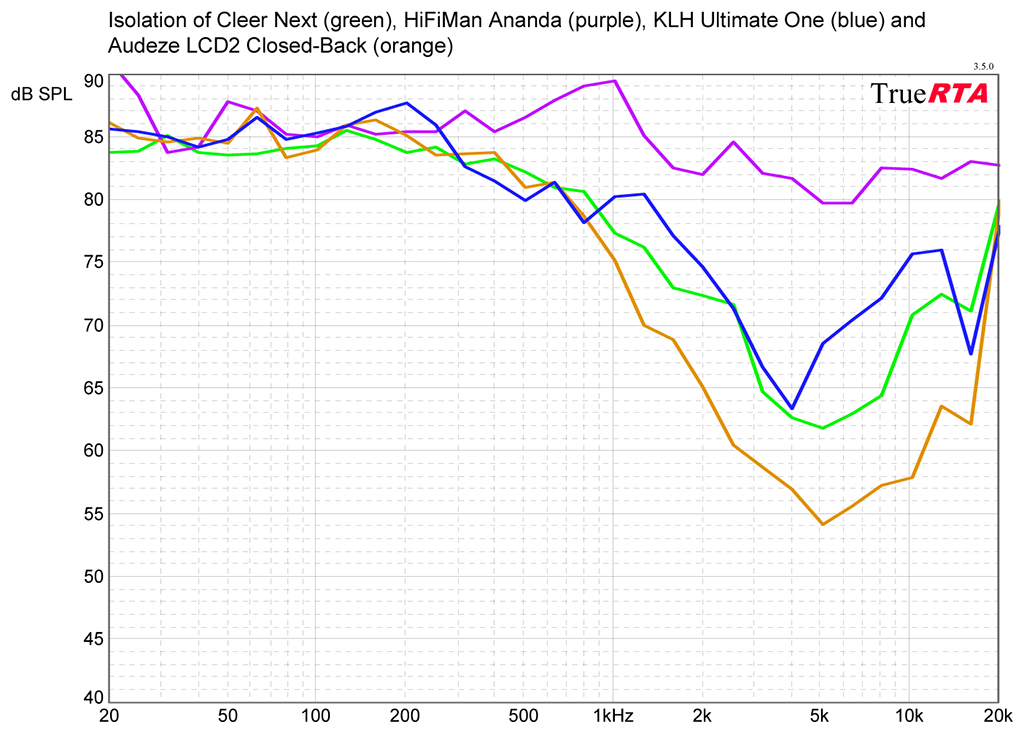 In this chart, the external noise level is 85dB SPL, and numbers below that indicate the degree of attenuation of outside sounds. The isolation measurement of the Nexts suggests they’re really more of a semi-open-back design than a pure open-back design like the HiFiMan Anandas -- i.e., they do offer a modest amount of isolation at frequencies above about 1.5kHz. 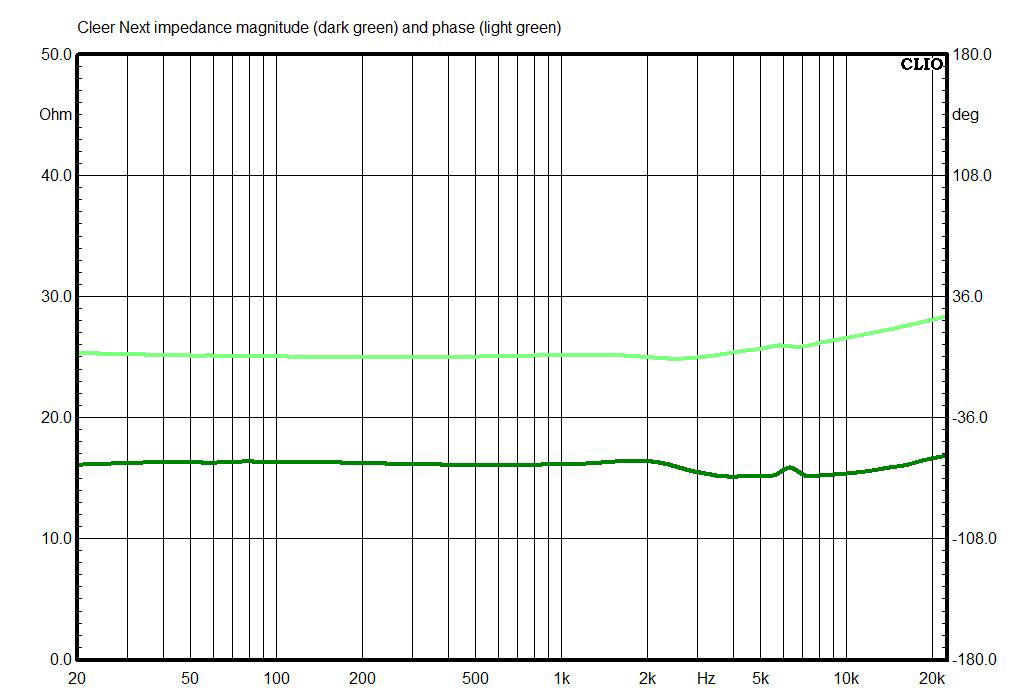 The impedance magnitude of the Nexts is just about dead flat at 16 ohms (same as the rating), and the impedance phase curve is similarly flat.

Sensitivity of the Nexts, measured between 300Hz and 3kHz, using a 1mW signal calculated for 16 ohms rated impedance, is 97.0dB. That’s a couple dB above the breaking point between “needs an amp” and “works OK plugged straight into a smartphone.”