I measured the Stellias using laboratory-grade equipment: a G.R.A.S. Model 43AG ear/cheek simulator/RA0402 ear simulator with KB5000/KB5001 simulated pinnae, and a Clio 10 FW audio analyzer. For isolation measurements, I used a laptop computer running TrueRTA software with an M-Audio MobilePre USB audio interface. The headphones were amplified using a Musical Fidelity V-CAN or an Audio-gd NFB-1AMP. These are “flat” measurements; no diffuse-field or free-field compensation curve was employed. 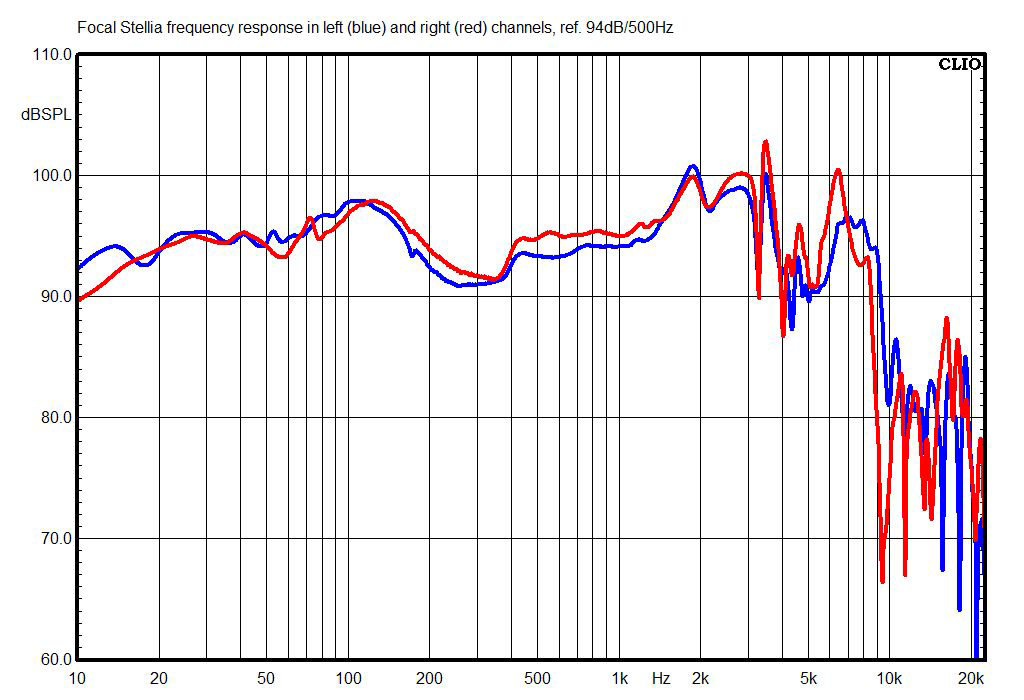 The above chart shows the Stellias’ frequency response. This is a little flatter than I typically measure from audiophile headphones. There’s a very mild resonant bass bump centered at 100Hz, and less of a pronounced peak between 2 and 4kHz than most audiophile headphones exhibit. 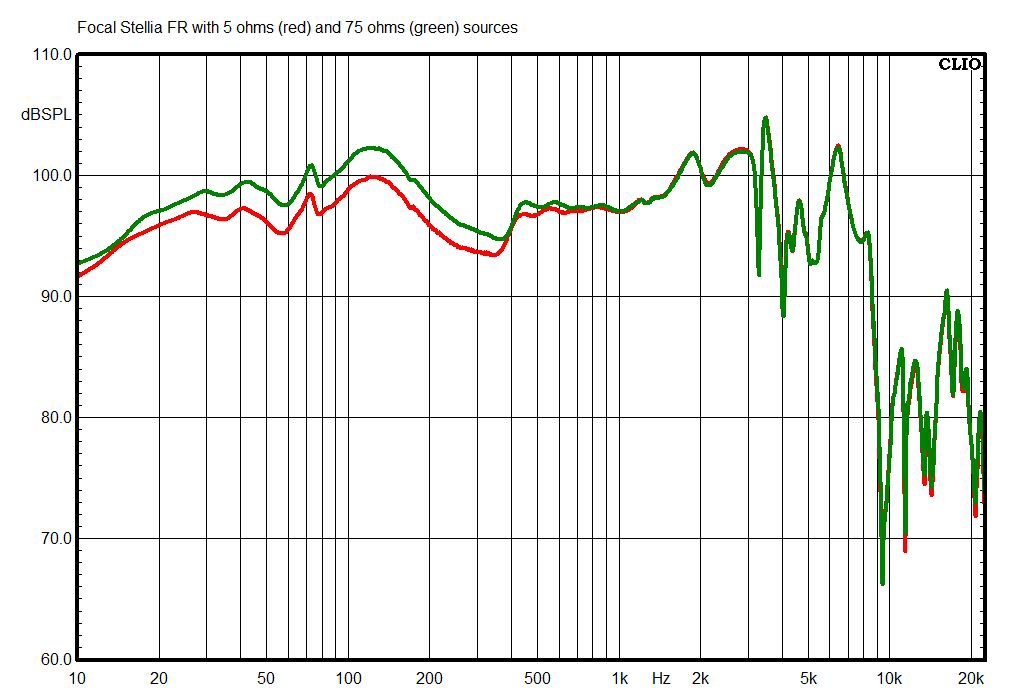 This chart shows how the Stellias’ tonal balance changes when they’re used with a high-impedance (75 ohms) source, such as an inexpensive laptop or some cheap professional headphone amp -- or more likely in the Stellias’ case, a tube amp with transformer output (although that still wouldn’t be near 75 ohms). Using the higher-impedance source produces an increase in bass of 2 to 2.5dB below 400Hz. 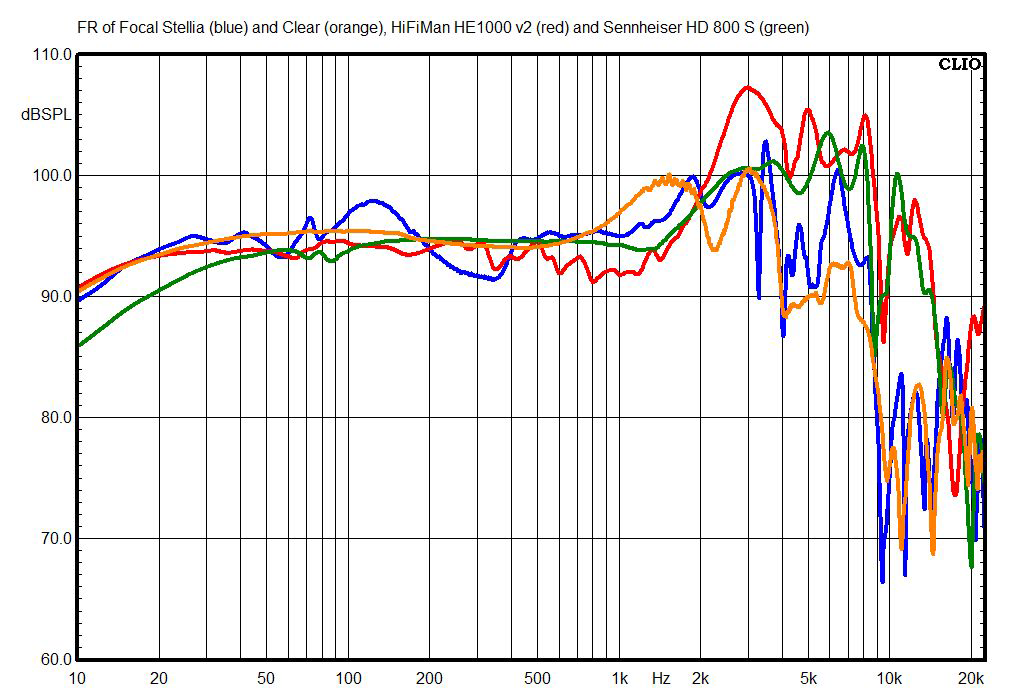 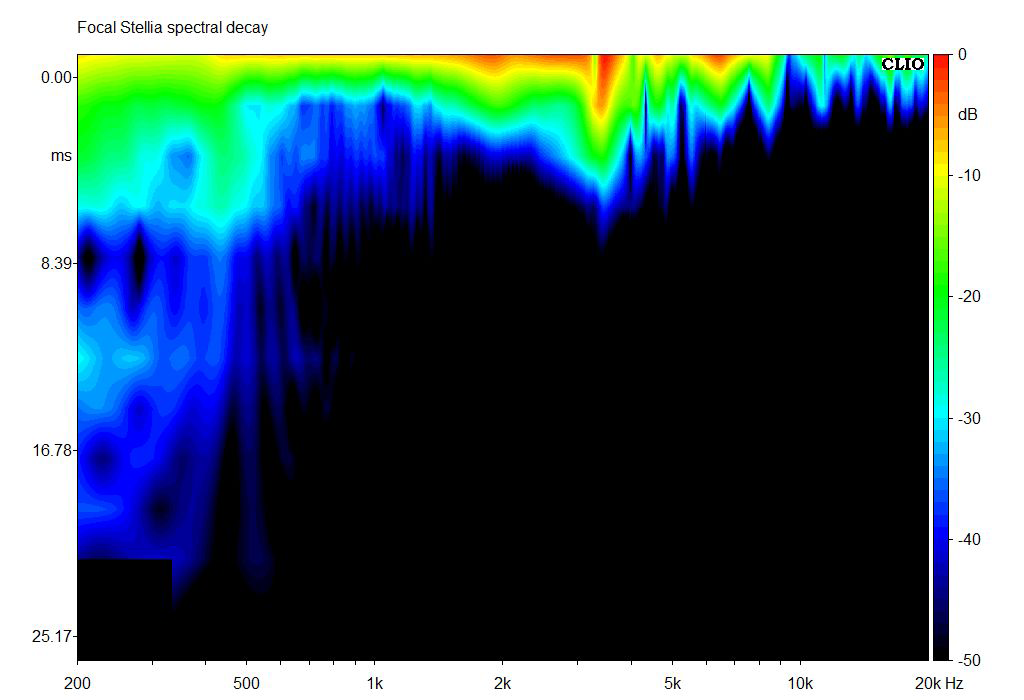 Across almost the entire audioband, the Stellias’ spectral decay (waterfall) chart shows a little more resonance than I’m used to seeing, but it’s almost entirely damped out within 6ms (one full cycle at 167Hz), so it’s very unlikely to be audible. 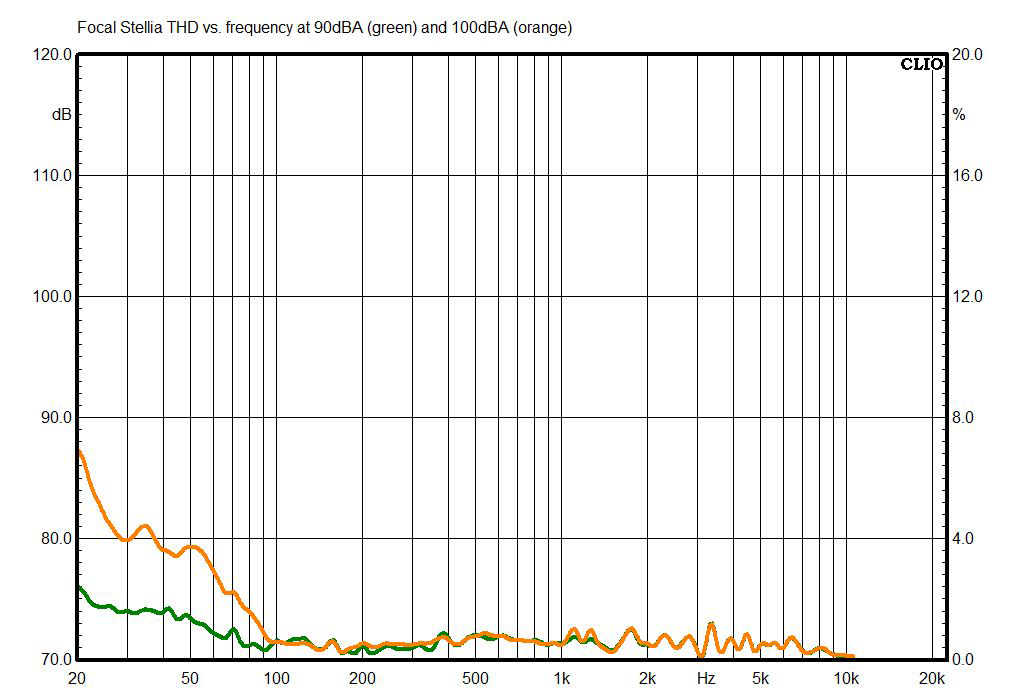 The Stellias’ measured total harmonic distortion (THD) is inconsequential at the loud listening level of 90dBA (measured with pink noise). At the extremely loud level of 100dBA, it gets up to around 4% below 100Hz, but in the bass, 4% isn’t a big deal. (The generally accepted figure for audible harmonic distortion in subwoofers is 10%.) 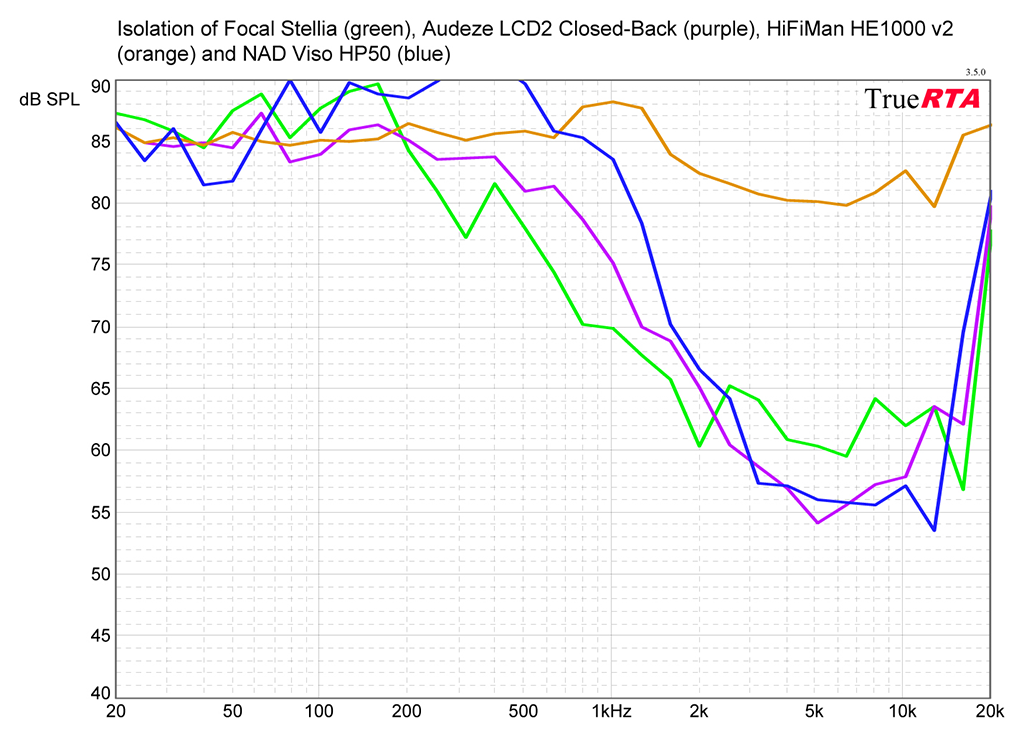 In this chart, the external noise level is 85dB SPL, and numbers below that indicate the degree of attenuation of outside sounds. Isolation of the Stellias is in the same ballpark as other closed-back models such as the Audeze LCD2 Closed-Backs and the NAD Viso HP50s -- plenty enough to shield you against jibber-jabber and light background music in the unlikely event you bring your Stellias to Starbucks. 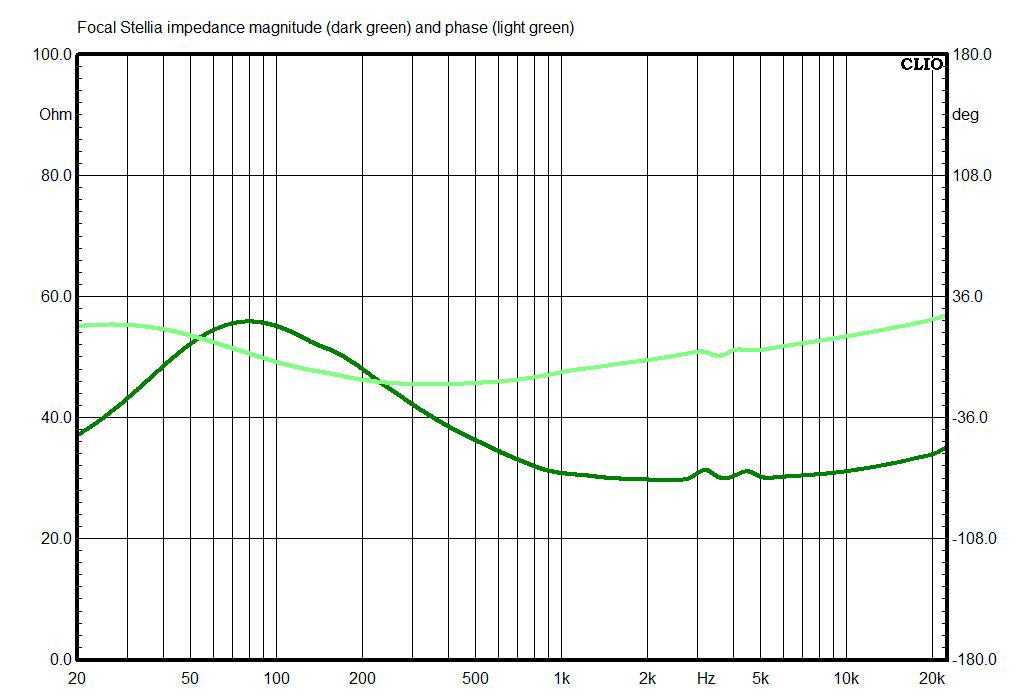 The impedance magnitude of the Stellias averages about 40 ohms, and runs as high as 56 and as low as 31 ohms. That swing in the bass is what produces the difference in response when switching from a low-impedance source to a high-impedance source. Despite the fairly large magnitude swing, the impedance phase is reasonably flat.

Sensitivity of the Stellias, measured between 300Hz and 3kHz, using a 1mW signal calculated for 35 ohms rated impedance, is 104.0dB. For a large set of audiophile headphones, that’s really impressive -- feel free to plug them straight into your smartphone if you like.