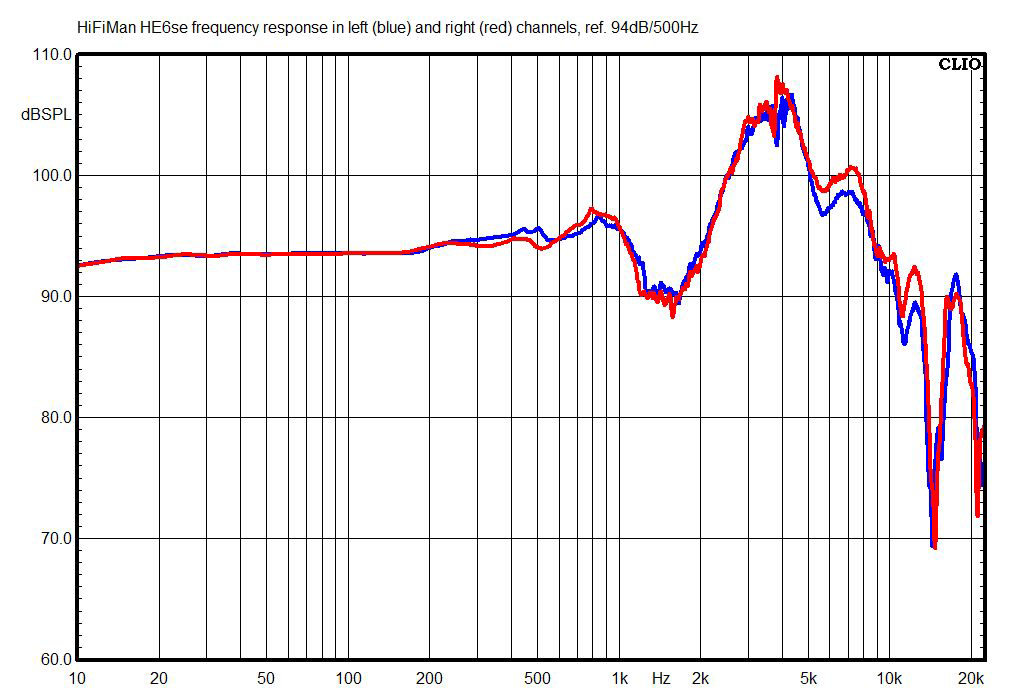 The above chart shows the HE6ses’ frequency response. This is comparable to what I’ve seen with many HiFiMan models, and not far outside what I’ve seen from most open-back planar magnetics, except that the peak between 3 and 4kHz (which is generally considered necessary to create the illusion of hearing real speakers in a real room) is a few dB higher than normal. 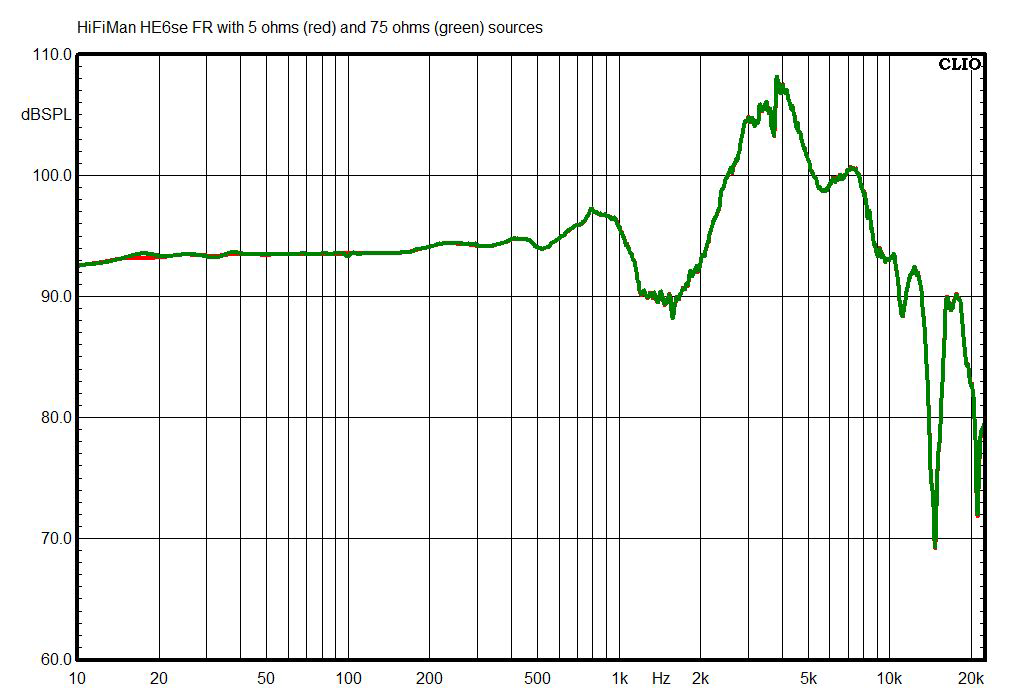 This chart shows how the HE6ses’ tonal balance changes when they’re used with a high-impedance source, such as a cheap laptop or some cheap professional headphone amps. (Of course, the headphones’ low sensitivity means it’s practically impossible to use them with a low-quality amp.) There’s essentially no difference at all, which means the HE6ses’ tonal balance probably won’t change if you decide to use them with, say, a high-output-impedance tube amp. 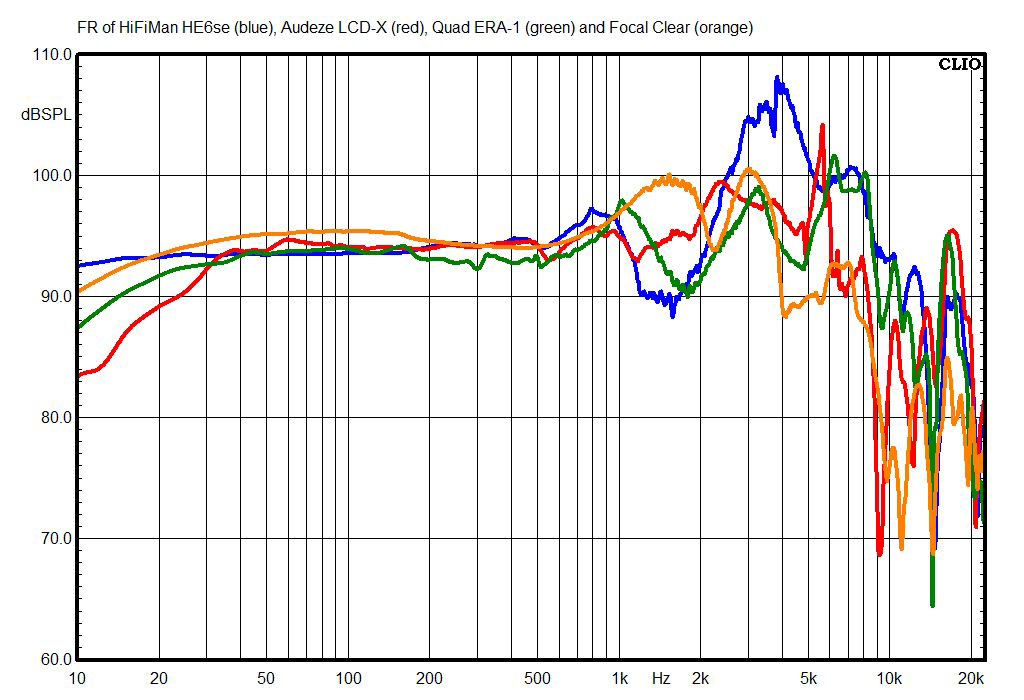 This chart shows the HE6ses’ right-channel response compared with three other open-back planar-magnetic models (the Audeze LCD-Xes, Focal Clears, and Quad ERA-1s with the leather pads). The strength of that peak between 3 and 4kHz is evident here; no way these headphones won’t sound a little bright. 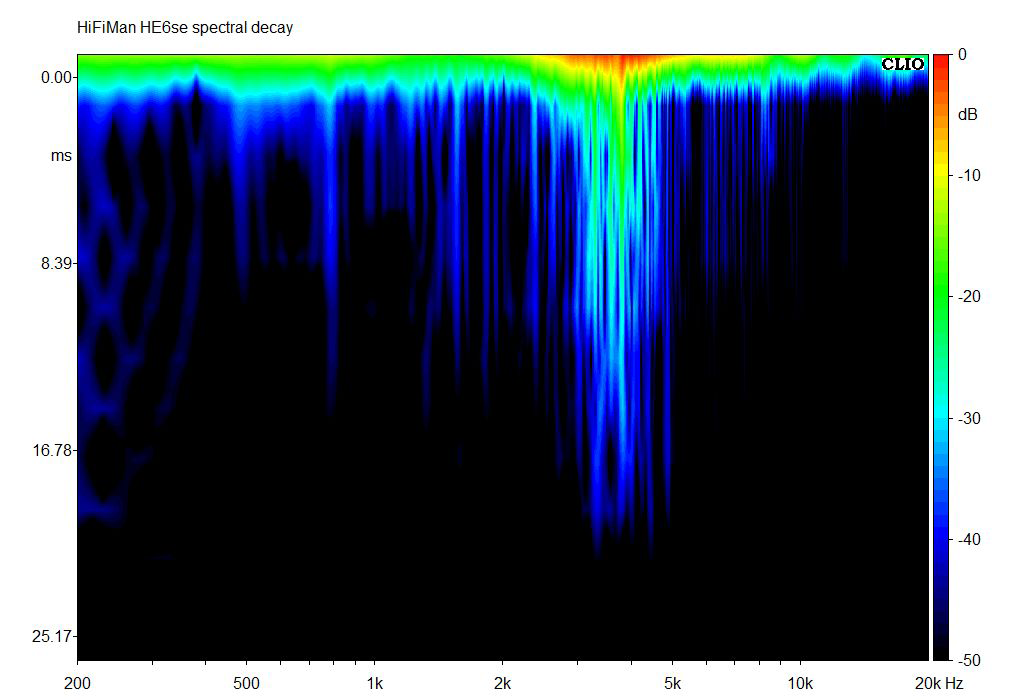 The midrange hash -- the very narrow, high-Q resonances between 3 and 5kHz -- of the HE6ses are seen in almost all the spectral decay (waterfall) measurements I’ve done of planar-magnetic headphones, but here they’re focused across a smaller band and are higher in magnitude. This corresponds with the big peak in the frequency response in this same range. Meanwhile, the bass resonance is practically non-existent, the least I can remember measuring in any headphones. 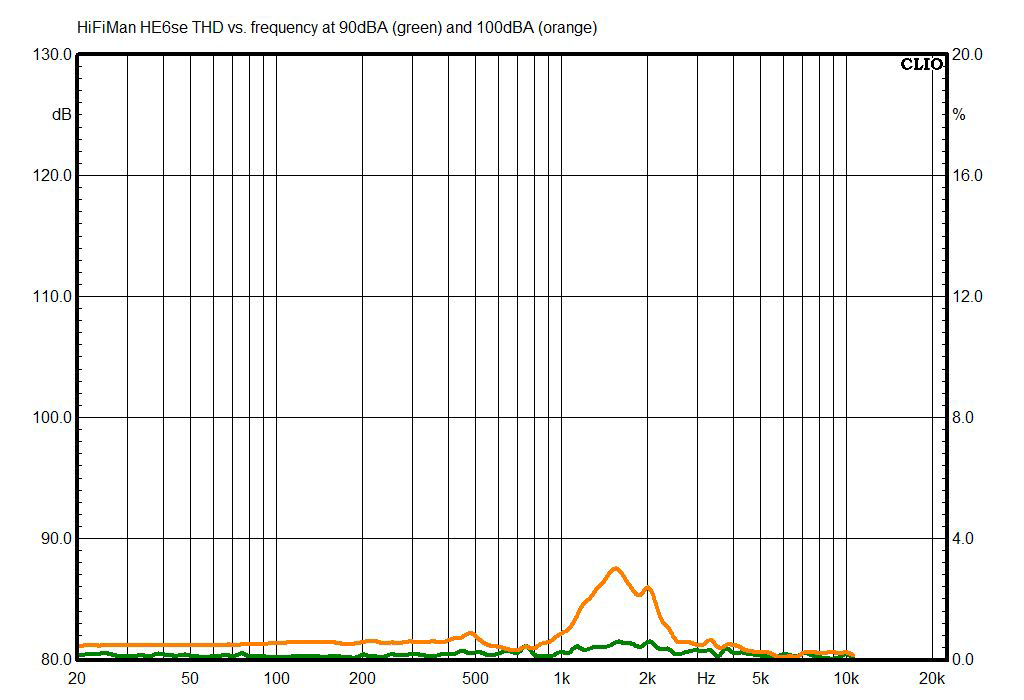 The HE6ses’ measured total harmonic distortion (THD) is pretty low, except for a weird little bump to about 3.5% centered near 1.5kHz. This is at the extremely loud listening level of 100dBA, though. 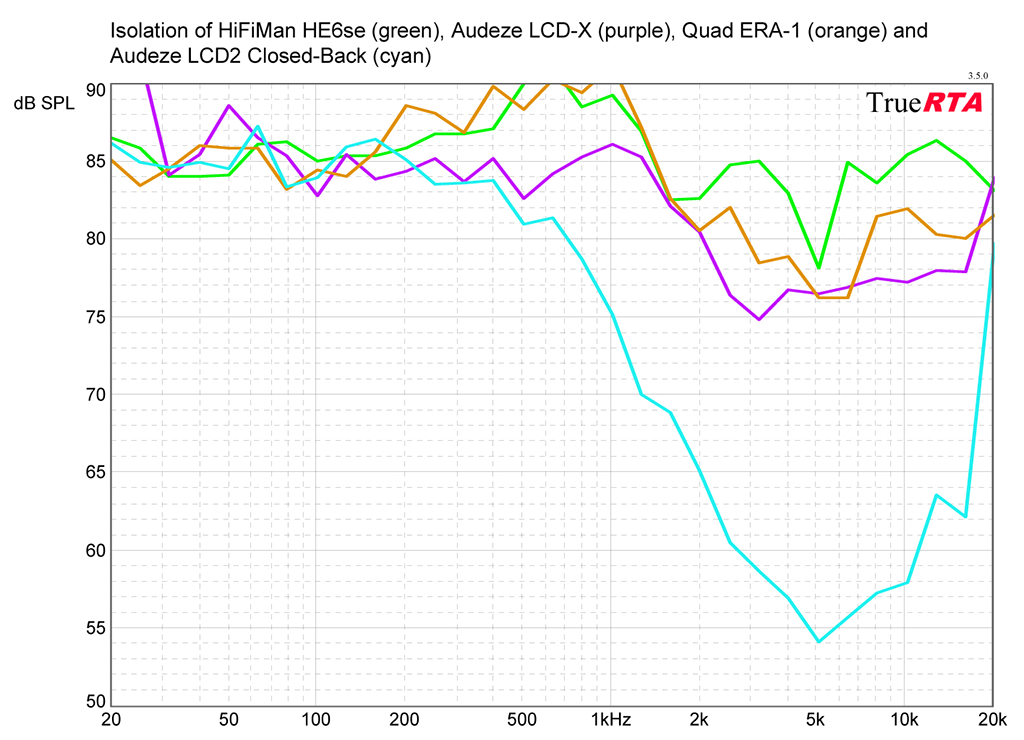 In this chart, the external noise level is 85dB SPL, and numbers below that indicate the degree of attenuation of outside sounds. The HE6se headphones offer among the least isolation from outside sounds that I’ve ever measured -- but of course, open-back models aren’t supposed to isolate you from outside sounds, and the fact that the HE6ses provide so little isolation also means that the acoustical impedance of their rear grilles is very low, which may have contributed to the big sense of space I heard from these. 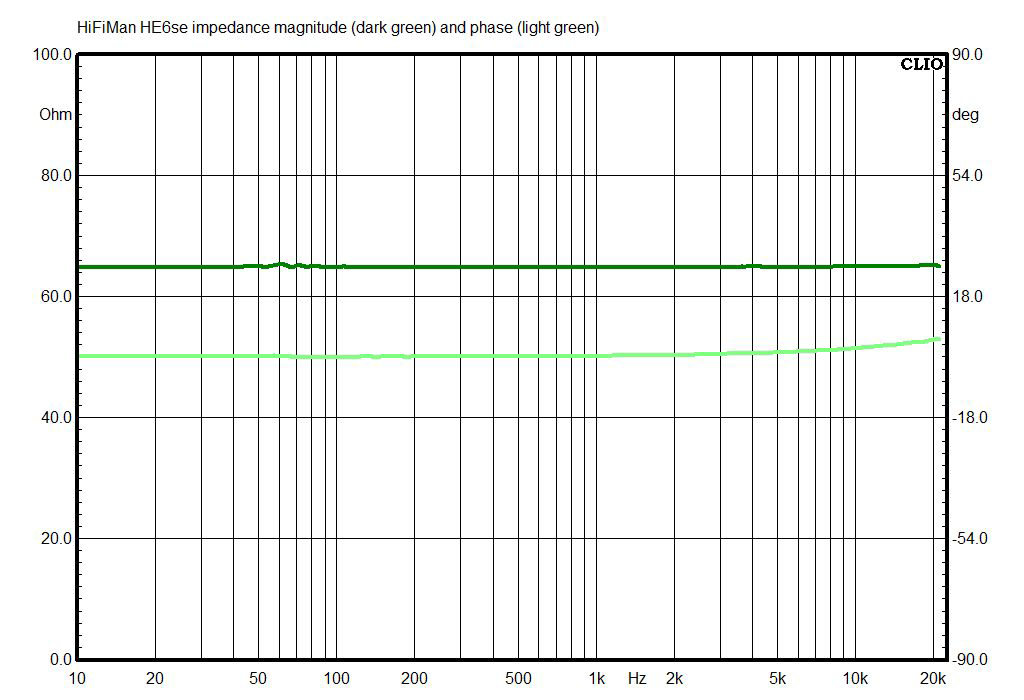 As usual with planar-magnetic headphones, the impedance magnitude of the HE6ses is almost perfectly flat. It’s about 65 ohms through the entire audio range, and the impedance phase is also flat.

Brace yourself, because the sensitivity of the HE6ses, measured between 300Hz and 3kHz, using a 1mW signal calculated for 50 ohms rated impedance, is 79.2dB, more than 4dB lower than the already-low rating of 83.5dB. Which means you will definitely need an exceptionally powerful amp for these.