I measured the iFi Audio xCAN using a Clio 10 FW audio analyzer and a Neutrik NL-1 Minilyzer. Except as noted, I used the xCAN’s unbalanced analog input and unbalanced analog output, because I don’t yet have an adapter for 2.5mm balanced outputs I can use for measurements. Note that my focus with these tests is on measurements that confirm these devices’ basic functionality, and that gauge the efficacy of any special features and functions that might be measurable. 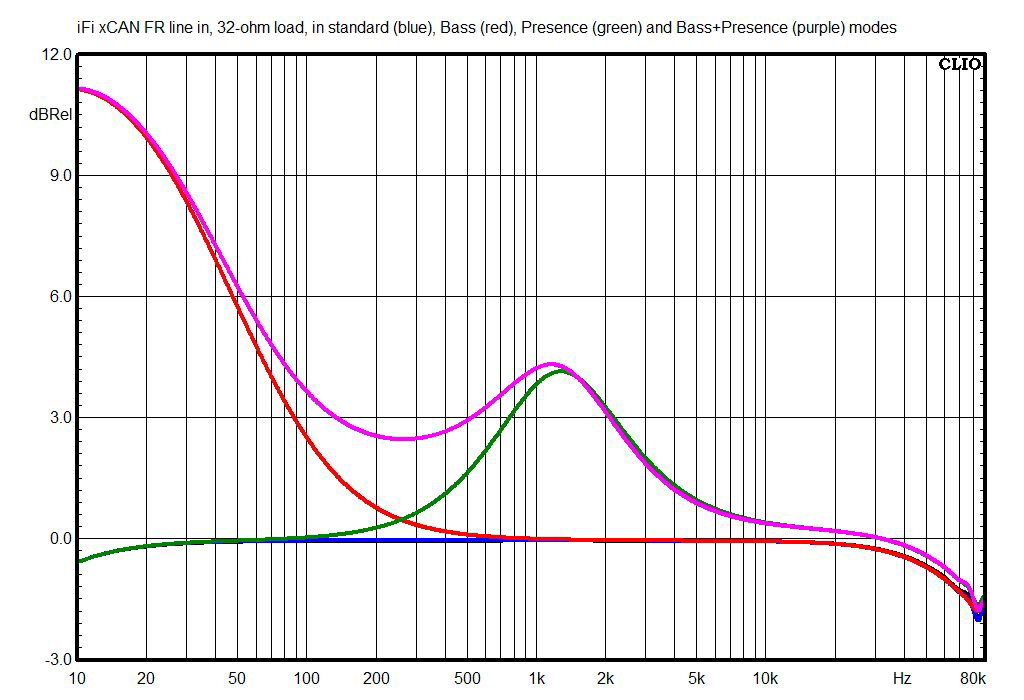 This chart shows the xCAN’s frequency response with all processing off, and with XBass II engaged in its three different modes (Bass, Presence, and Bass+Presence), with 1mW output into a 32-ohm load. With processing off, the response measures -0.14dB at 20Hz and -0.19dB at 20kHz. Bass mode boosts response by 9.96dB at 20Hz. Presence mode boosts response in a 4.12dB peak centered at 1288Hz. Frequency response did not change in 3D+ mode, and also did not change with 250-ohm and 600-ohm loads. 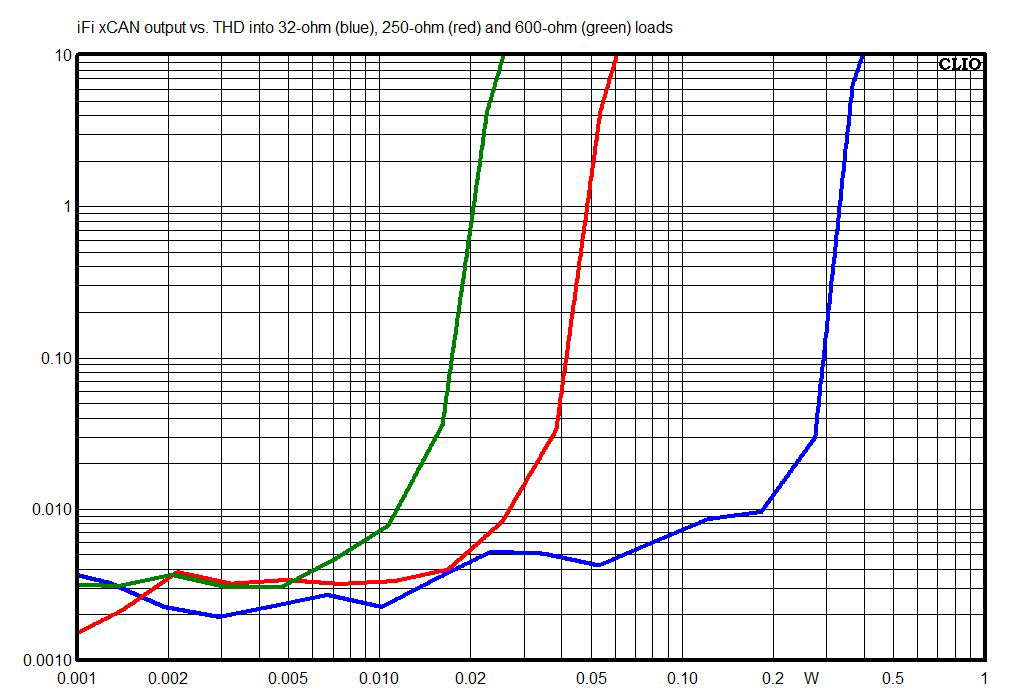 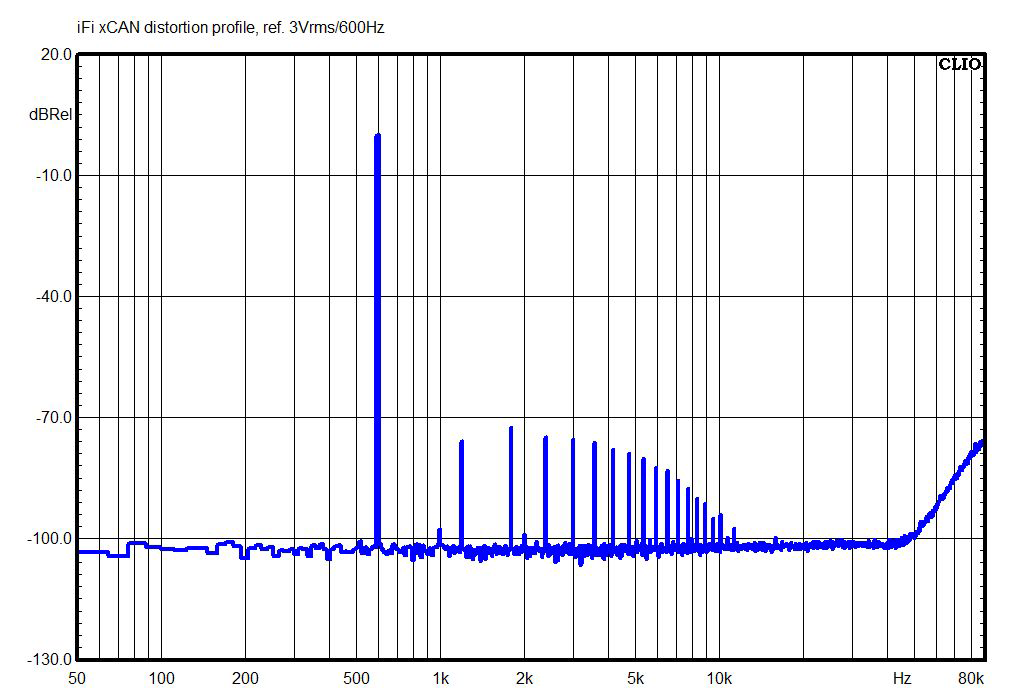 Here you can see the harmonic distortion spectrum and noise floor of the xCAN, referenced to 3Vrms output at 600Hz into 32 ohms. The third harmonic at 1.8kHz is slightly more predominant than the second harmonic, which will sound a little more objectionable than an amp (like a typical tube amp) with predominantly second-harmonic distortion, but if you actually dare to listen at 3Vrms (280mW into 32 ohms), the distortion from the headphones will likely be far louder than the distortion from the amp.