I measured the iFi Audio xDSD using a Clio 10 FW audio analyzer and a Neutrik NL-1 Minilyzer. For all of these tests, I used the xDSD’s coaxial digital input. Note that this is the first DAC-headphone amp I’ve measured for SoundStage! Solo; I’ve decided to focus my efforts on tests that confirm such devices’ basic functionality, and that gauge the efficacy of any special features and functions that might be measurable. 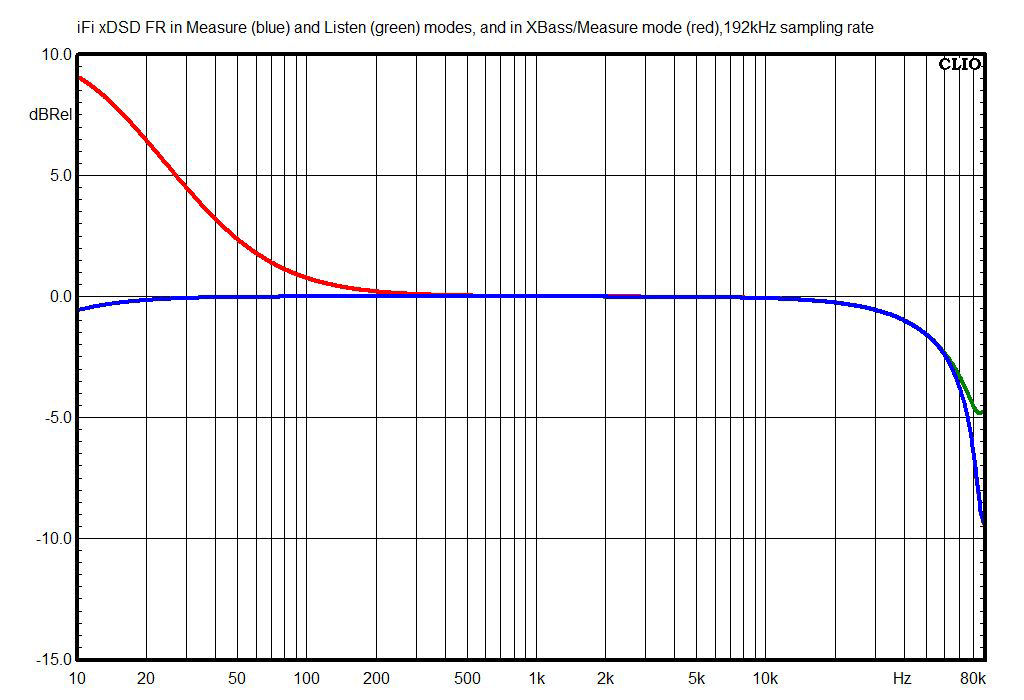 This chart shows the xDSD’s frequency response in its Listen and Measure modes, and with XBass+ engaged, with a 24-bit/192kHz S/PDIF signal and the xDSD set for 1mW output into a 32-ohm load. The response in both modes measured -0.16dB at 20Hz and -0.26dB at 20kHz. Listen mode actually measured slightly better here, with less rolloff above 65kHz; apparently, the switch is mislabeled. The bass boost in XBass+ mode was 6.48dB at 20Hz. 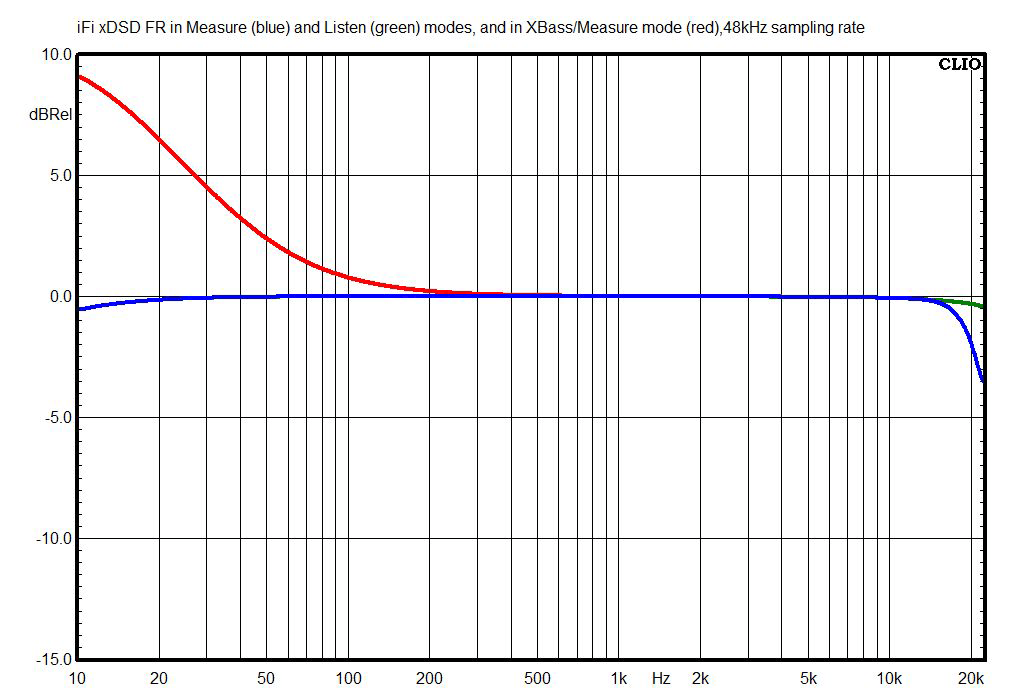 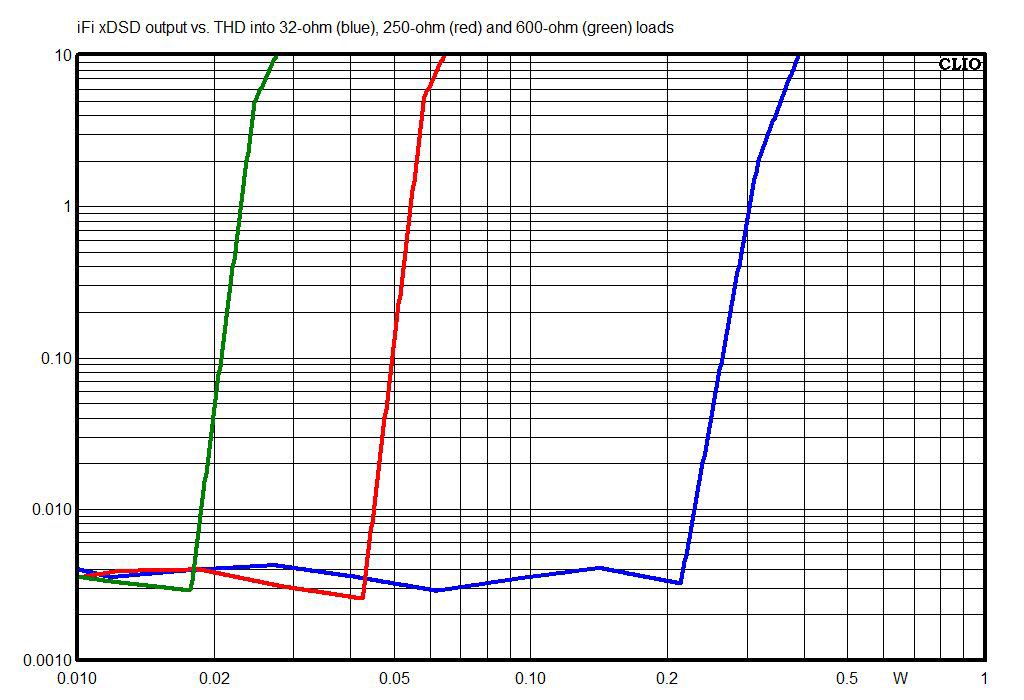 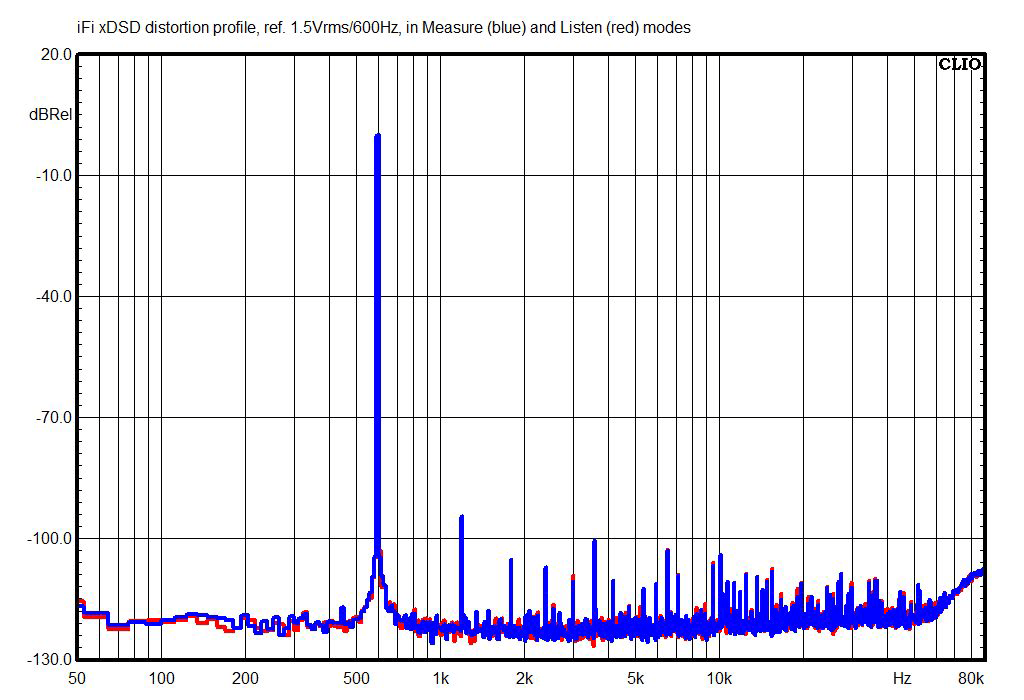 Here you can see the xDSD’s spectrum of harmonic distortion and noise floor when driven by a 24/192 S/PDIF signal and referenced to 1.5V RMS output at 600Hz. Note that the distortion profile of the Measure and Listen modes is effectively the same.